By Sindhu Hariharan May 16, 2018
Opinions expressed by Entrepreneur contributors are their own.
You're reading Entrepreneur Middle East, an international franchise of Entrepreneur Media.

The best ideas hit you at the most unlikely of places- that’s how the trope goes, and that’s exactly how Kuwaiti entrepreneur Mohammad Almunaikh describes the genesis of his startup, Ghinwa. While waiting for a table at Kuwait’s Slider Station with his friend Bader Altahous one day, the two noted that for a region with such a large population, the Middle East had astonishingly few platforms for amateur music enthusiasts to create and share their work. Instead of going down the route of talent shows as often seen on television, the duo felt that a talent discovery app focused solely on the quality of vocal talent would be an ideal way to plug this gap. As an employee of the National Fund For SMEs in Kuwait at that time, Almunaikh was also well placed to dig deeper about the market opportunity for such a solution in the GCC.

These factors set in motion the duo’s entrepreneurial journey: resigning from his job on his 30th birthday, Almunaikh, along with his co-founders Bader Altahous and Alfonso Fernandez, started Ghinwa, an Arabic karaoke and self-cast app. “A singer like Mohammad Abdu, or Umm Kalthom, or Fairuz will have zero chance to win a talent show that’s influenced by a singer’s performance abilities and character, and not just the voice,” Almunaikh says, explaining the need for a platform to discover hidden musical talents, and to make music creation an online social activity. “The main objective of Ghinwa is to discover new musical talent in the Arab world- talents that are not normally seen in the music industry; the banker, the teacher and the average person who is already occupied [with his/ her] life, but the world is missing out on their vocal talents.”

Experimenting with the product for the first 14 months (the app launched in 2015 in Kuwait), the team tried out various features to land at what they consider as Ghinwa’s USPs- using tech to help users pursue their passion for music, and creating a social platform where amateur singers can broadcast their way to internet stardom. “We started by offering karaoke-only services to [later] becoming a social network around music, until we reached this stage, where we have created Ghinwa as a self-broadcasting and karaoke app, allowing users to sing and promote their talent,” says Almunaikh. 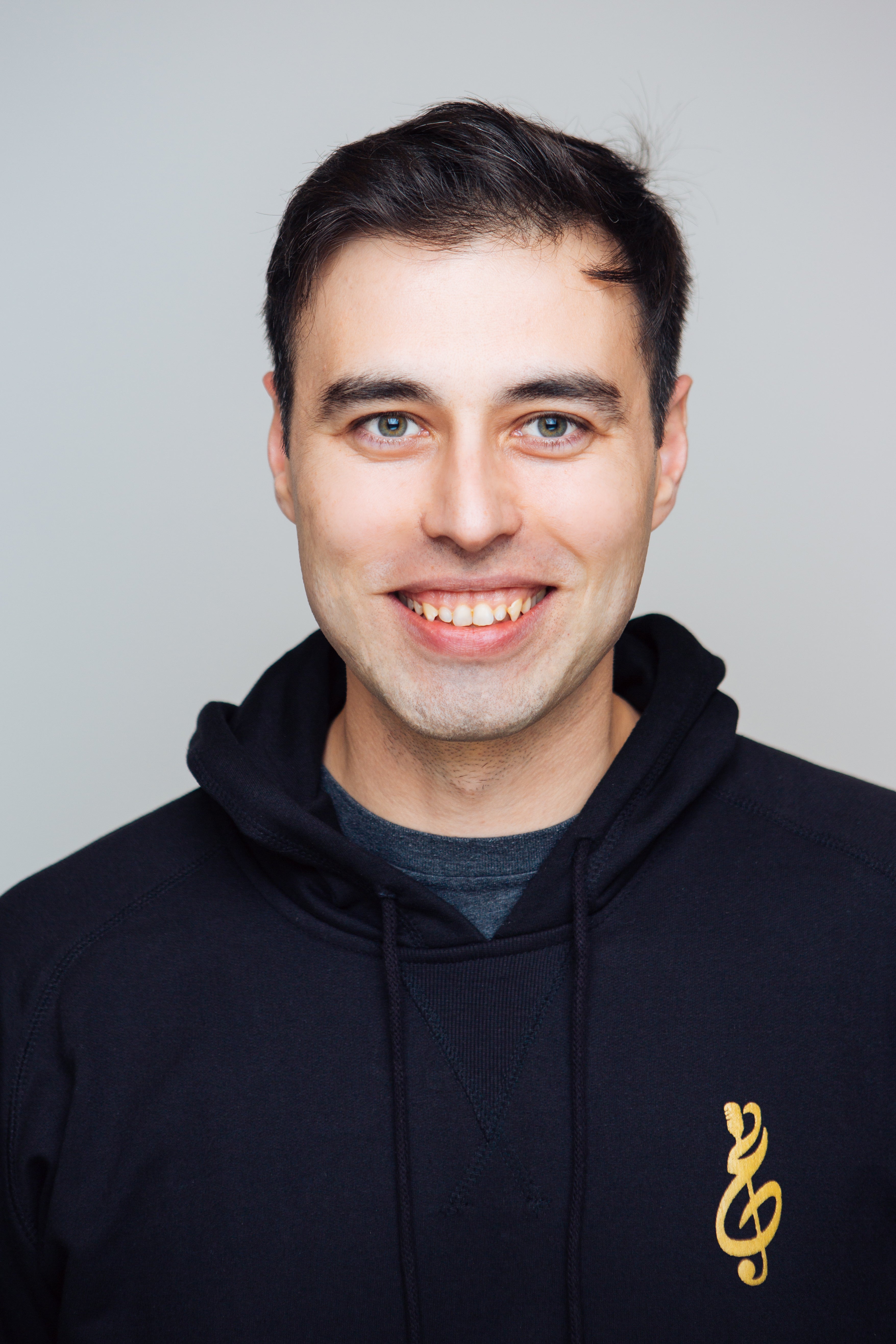 Users can sing, record, play, access a vast karaoke library, and also socialize on the app, and additionally, premium users can create a karaoke night experience using the app at a US$5.99 monthly fee. A factor that’s worked in Ghinwa’s appeal with the masses is the app’s seamless interface and notification systems. “When someone listens to your recordings, a  user will receive a notification telling him/her about which countries he’s being listened [from] now,” says Almunaikh. Traction has been “encouraging,” notes the founder, who sees opportunity in “the social behavior” within the Middle East societies. “Being very conservative, and at the same time having great taste to music [was an aspect that] was very interesting to explore,” he says.

However, he is quick to add that the same opportunity also proved to be challenge for the team, as they set out to look for investors, owing to the widespread regional belief that investing in music isn’t Sharia compliant. This is in stark contrast to the international landscape, when global social media music platforms such as Smule and Musical.ly are being sought out by large investor houses such as Chinese tech giant Tencent Holdings, US-based GGV Capital, and others. While tackling such a perception is a huge ask of any upstart, the Ghinwa team has managed to get past these hurdles quite successfully. Earlier this year in February, Ghinwa announced the successful close of $3 million (AED11 million) in funding led by Faith Capital Managing Partner Abdulaziz Alloughani, which also saw participation by large investor groups such as 500 Startups, Rotana Audio Records, and others. In a statement, Alloughani noted: “There is enormous potential in Ghinwa, because it encourages creativity and talent in spite of cultural barriers. I believe that Ghinwa will become an important platform for talents in the Middle East to showcase their musical abilities.” This is the startup’s second fundraising, following a $170,000 seed round earlier.

Planning to utilize the money to take the app beyond its beta testing phase, and “position [it] as a platform for talented individuals to sing in the Middle East,” Almunaikh is confident that their investors’ “proven track record for building startups and scaling” is certain to add value to Ghinwa. “Our current focus is to structure the Ghinwa product in a way that will bring value to global ecosystem players not only our consumer users,” he adds. Given the resistance they had initially faced from the investor community, I couldn’t help but ask Almunaikh how they broke through it. The entrepreneur credits his team’s strength and diversity, and the startup’s victories in forums such as the 2016 MIT Enterprise Forum Arab Startup Competition (MITEF) as having contributed to their reputation early on. He also believes that their association with some of the early partners and investors who had complete faith in them helped open doors for subsequent funding.

It’s also not hard to believe that Ghinwa won over investors with its traction and growth as Almunaikh offers a peek into their performance. “In 2017, during our beta test we registered 30% monthon- month growth with zero marketing cost, purely based on word of mouth… That was another validation to the users’ needs and to gauge interest,” he says. As for the first quarter of 2018, in the very first month, Ghinwa claims to have recorded growth of “above 500%” in registered users, and says they have currently reached over 80,000 in downloads.

With the region gradually acting as the breeding ground for many local apps on culture and social networking, Almunaikh believes that Ghinwa’s differentiator lies in the anonymity it offers the reticent music lover. “By [allowing them to] post anonymously, and by also integrating a map into the music app, [we help give] our users visual insights into where are the talents are, and [it’s] a way of discovering new talents as well.” He adds that the platform has been seeing some of the most conservative areas in the Middle East producing the best musical talent.

Interestingly, though born out of Kuwait and having started operations there, the entrepreneurs saw UAE, and specifically, Dubai as a more suitable location to set up their business, and moved their enterprise to the Emirate recently. Almunaikh is quick to offer the reasons for this business decision, explaining that with the region’s media industry centered in Dubai, the startup felt it was a hub to connect with potential partners, and credits the “great incubation opportunity” they received at in5 Dubai. “Talents were available in Dubai; it gave us this focus bubble that we needed away from social commitments, and Dubai also has the right legal licenses for our structure,” he adds. 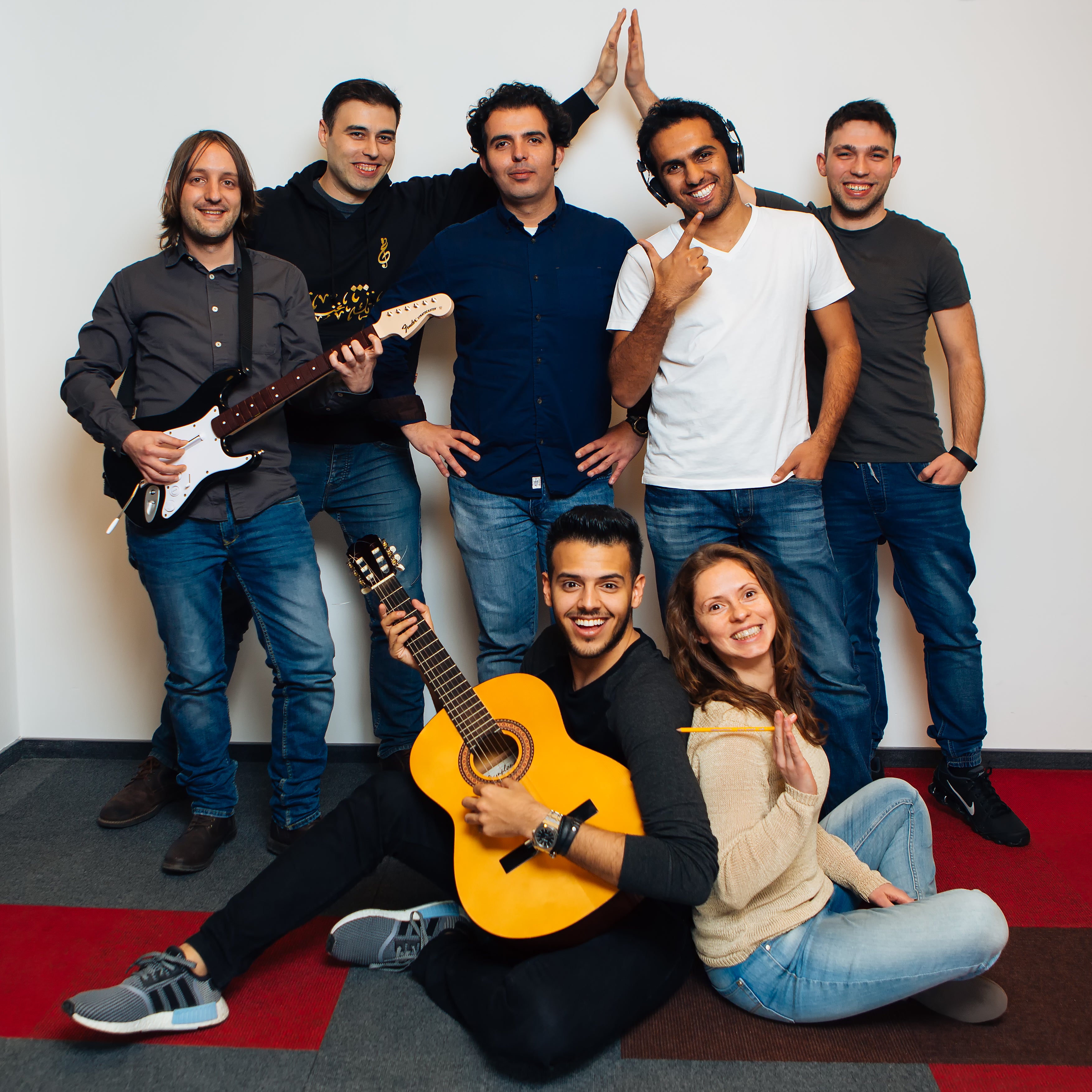 However, Almunaikh also comes back to the bumpy road that the team has had to cross, explaining the fundamental challenges they faced with investors. “Being in the music space, which has a different structure, some of the investors we met were not familiar with it… [For instance,] investors who were revenue-focused rather than traction or growth… And not focusing on making money early on in our growth stage and focusing on the user experience of the product [also] made it challenging [for us] to convince investors how Ghinwa could be sustainable at the beginning. Once the business model was cleared, it was easier conversation.” Further, with over eight years of experience at Kuwait’s Investment Authority, Almunaikh believes the stint helped him better understand the psyche of an investor, and, in fact, is quite candid in his opinions on the community. “I have seen investors preaching on stages what they don’t do in their business meetings,” he asserts. “I consider myself lucky to have [an] investment background to be able to differentiate the bad and ugly from the great ones.” Elaborating on his views on the region’s investor ecosystem, the entrepreneur adds, “I think the VCs are run by corporate mindsets, not venture- friendly mindsets, and I also think their cash is shaping their behavior the way it is right now. As some VCs work on a deal-by-deal basis, [it] means they have to like the proposal, and then they fundraise for their fundswhich is a good hack if you are a startup, but not a VC.”

Admitting that his view isn’t a typical or a pleasant one, and adding that he does not wish to generalize about the region’s investors, Almunaikh says he’s seen many entrepreneurs’ ignorance being taken advantage of by VCs, and hence encourages his counterparts to closely study VC practices before meeting them, as “it is very rare to find a VC with startup/entrepreneurial mindset.” In fact, Almunaikh’s even managed to start a buzzing conversation on Twitter sharing his views on the investor-entrepreneur relation under the #FoundersPOV hashtag. All said and done, Almunaikh is clearly a regional entrepreneur with grand ambitions for his enterprise, who’s working on achieving them without mincing words and keeping it real. And so, I’m sure you’d agree with me when I say that the region’s business world needs more of these hustlers to keep the tribe going strong- carpe diem and seize the day! 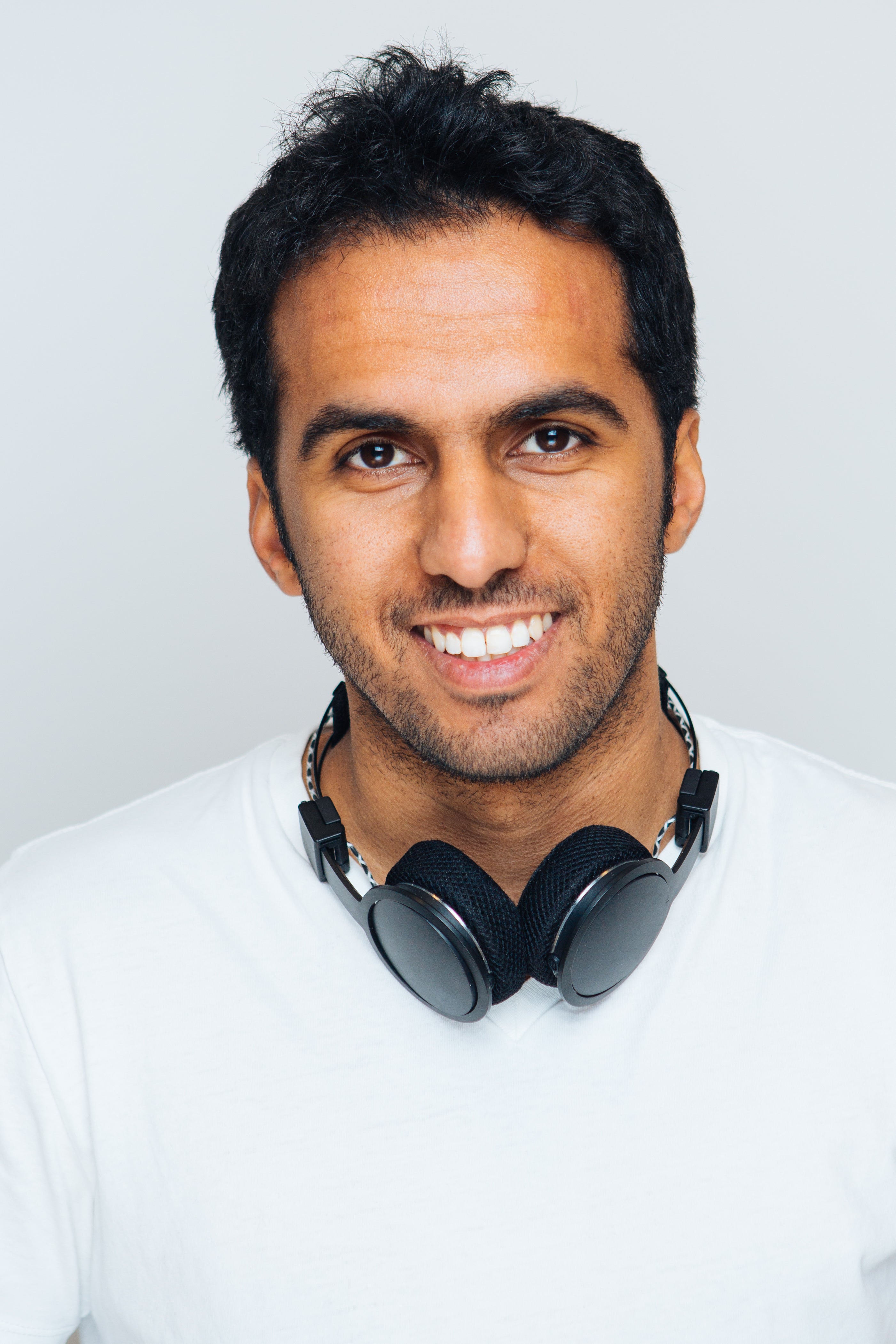 What are your top tips for the region’s startups to pitch and clinch funding for their ventures?

“[Firstly], educate yourself about VCs. You have to go in with the mindset that it is a partnership, and you are not applying for a job, nor getting charity money. The mindset of partnership will make you and the VC look eye-to-eye. [Second], be a great sales person; if you do not have a story to tell, then why would anyone join your journey? Be able to construct a good appealing story and memorize it like a song, which you can sing effortlessly. [Finally], not having cash is a big challenge, but it also drives innovation high. So, work based on the cards that you have, [and] not based on what you wish to have.”

What are the legal challenges to have more unicorn startups in Mexico?