Samer Arzouni, founder and Managing Director, Spotlife Film Productions, has shaped his entrepreneurial journey around the belief that poignant storytelling has the power to change perceptions. “I chose filmmaking as a career, because I believe in the power of film as a medium to influence and impact social behavior,” he says. “To be able to tell powerful stories is empowering, and with this empowerment comes a responsibility and consciousness to tell balanced stories that are objective, and that have a purpose. Apart from understanding the potential of strong storytelling, I have also learnt how important dynamic characters are for telling a good story. As humans, we connect with other humans, based on emotions and common experiences. Interesting characters who are candid about their stories, allow us the opportunity to create compelling content that can engage audiences, which is the ultimate goal of all filmmakers.”

Having worked with different news and general entertainment networks, producing a variety of current affairs pieces and social awareness segments, Arzouni moved from his native Lebanon to the UAE in 2008 to take up a post at the National Geographic Channel. The ensuing years have seen him travelling between Seoul, Washington, Hong Kong, and London, and producing over 25 films, some of which were aired in over 185 countries. Eventually, he climbed up the ladder to the position of Head of Channel and Productions for the Middle East at the company. However, at that time, he was ready to take another plunge.

“At an international network, everything revolved around big budgets, grand scales, and so on, and it was very much a network angle into the industry,” he explains. “I was exposed to the crème de la crème of clients and topics. If you have worked in a network for long enough, then the channel’s style is misconstrued as your personal style. The industry assumes that you only do a certain type of films, and that you have a limited imagination when exploring new areas of content. Shaking off this label and proving your versatility to new clients can be quite a difficult task.”

In 2015, he co-founded ACT3 Productions, and in 2017, he went on to self-fund the establishment of Spotlife Film Productions with an aim to shake up the way people approach creating films. “The sentiment behind starting Spotlife Films was two-pronged,” Arzouni explains. “After working in an executive role for several years, I started to miss the energy and thrill of being in the midst of all the action, and I wanted to return to that. Setting up my own company allowed me the freedom to choose how I wanted to be involved in a project. Secondly, being in an executive role enabled me to see local content in a very holistic manner, and I felt that content coming out of the region was not layered, but, rather two-dimensional. We have had some very experienced foreign directors come and work on projects here, but I find that many deliver films that have high production value, but grade low on editorial. So, being from the region, I felt that the insights I have of the Middle Eastern culture allow me to create content that is nuanced and culturally sensitive. For example, as a director on a documentary I did for the National Geographic Channel on a unit of the UAE army scaling the Mount Everest, I embedded myself with the soldiers that were featured in the film. Being from a similar cultural background, I understood the psyche and the driving forces that pushed these men forward, and I was able to engage and interview them accordingly.” 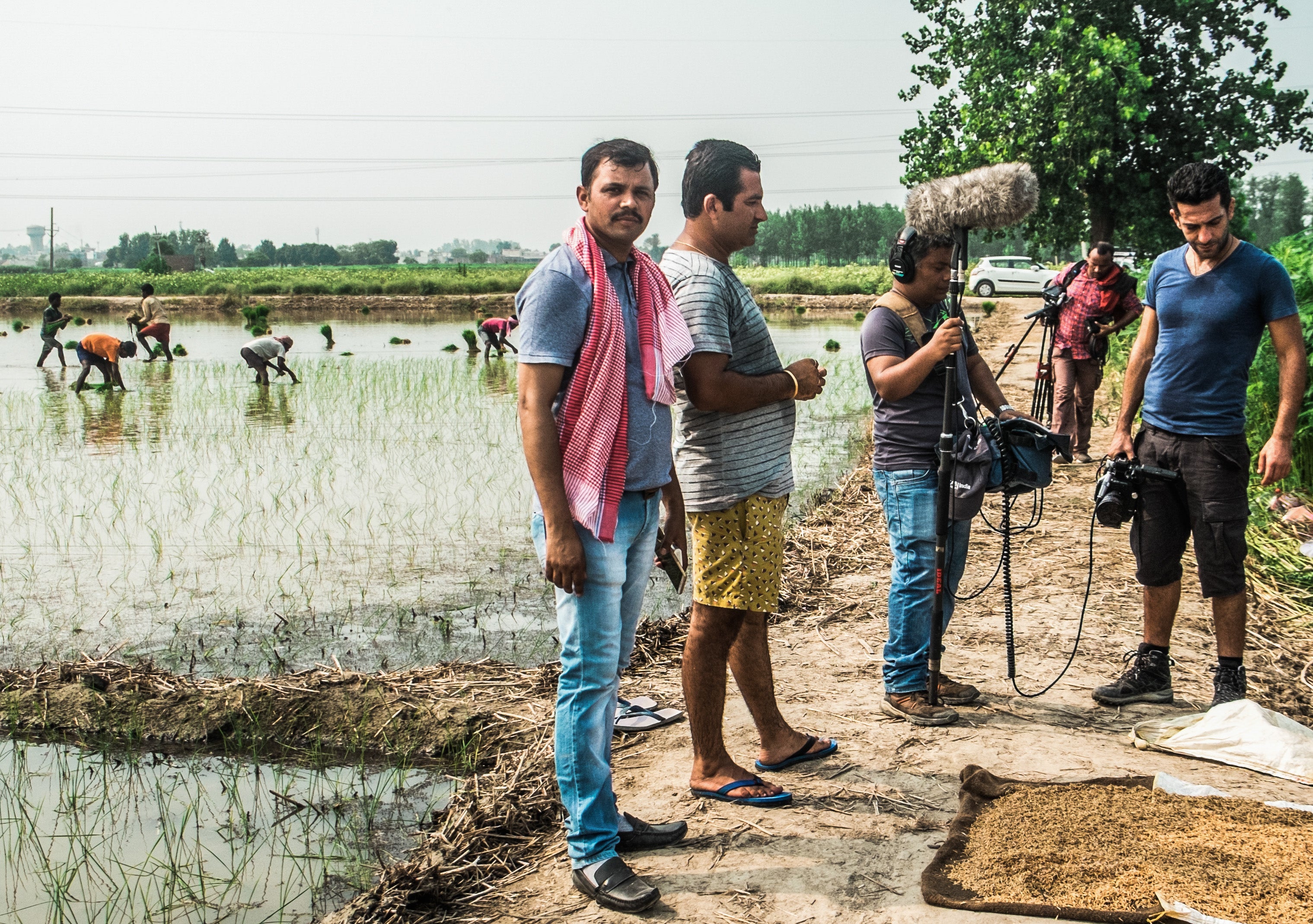 Samer Arzouni directing the "Journey of Rice" documentary that was filmed between India and Saudi Arabia.Source: Spotlife Productions

Some of Arzouni’s award-winning work includes I am a National Geographic Photographer, Nissan Camel Power, Operation Almarai, and other documentaries. He explains that his particular flair, when it comes to the art of filmmaking, is to create a space for change in the minds of audiences, and inspire them to take positive action. However, this is a concept that is not exactly understood by the industry at the moment, Arzouni admits.

When asked what was the particular gap in the market he was trying to fill with his new company, Arzouni responds, “I would say that there wasn’t a need for just any small, independent production company, but rather, a need for a production company that specialized in factual content, which is what we do. In the region, most companies still focus on commercials/ad films, and factual content is often dismissed as not being powerful enough, so the region is not ready as yet for the kind of content we are making. It is getting there, but the journey is slow. We see documentaries being developed locally, but the scope for producing reality TV content is still very limited. Talent show competitions are the most popular formats, and most companies are not willing to step out of the comfort zone, and explore newer avenues of factual entertainment. Furthermore, we are incorporating newer technologies in our productions, such as 360º and VR, but find that we have to keep educating our clients about the relevance and benefits of these when we are negotiating projects. Nevertheless, we strongly believe in the power of factual content and are confident that it is the way forward for brand communication. We are starting to see a slow change in people’s and organizations’ mentality around this, and feel that we can be a part of this industry shift.”

Remaining true to the ethos of his brand is one of Arzouni’s pathways to success. However, the industry itself is under a constant change, he says, with social media influencers now playing a bigger role in content creation. Talking about the current misconceptions he notices in the market, Arzouni says, “The biggest one is that it costs less to produce content for digital platforms. People assume that digital content is low in quality, and, therefore, cost-efficient. This is not the case. Production costs don’t change too much between producing for television, or producing for digital platforms, unless it is usergenerated content using smartphones or gadget cameras. Another misconception is that people confuse influencers with thought leaders. Brands keep assuming that they need influencers in their communication in order to be successful. I believe that brands should engage with thought leaders and authentic characters and experts, which will also help the audience on the receiving end make the right choices.”

At Spotlife, the team of in-house creatives, producers and directors works on projects from conception to execution- the core team defines the scope and needs of a project, after which a bespoke team is created for every assignment, based on its needs and demands. This hands-on approach is required in a market as ferociously competitive as the UAE is, he says. “Competition in the region, especially in the UAE, is very fierce, even though the number of producers that do our type of work is limited,” Arzouni adds. “Ultimately, we are all vying for airtime on the same networks and looking at the same organizations for funding. Getting new clients to trust you enough to give you a chance is a big challenge. Agencies and clients have people they are already working with, so to convince them to change status quo and take a risk is a tall order.”

In line with that, Arzouni’s main task is to educate clients and agencies on the importance of factual content. However, the constant advancement of technology and wide spread use of digital devices are about to change the traditional way of producing content to his benefit, Arzouni concludes and adds, “Consumers are much more knowledgeable and savvy now, and will not be advertised to overtly, so communication needs to be both emotional and factual, meaning we need to serve both the right and left sides of the brain. This is where factual content comes into play. Compelling factual content has the power to change behavior. Slowly, but surely, the industry will move towards increased uptake of such content.”

‘TREP TALK
Samer Arzouni's tips for entrepreneurs
1. Find your niche: “Only do something you are passionate about.”
2. Be ready to roll with the punches: “Being an entrepreneur means that you should be ready to close a deal while riding a rollercoaster.”
3. Surround yourself with smartness: “Only hire people who are better than you.”
4. Treat yourself too: “Opportunities will never stop coming, but if you burn out, you are done. So, give yourself a break. Most importantly, there is so much more to life than work.” 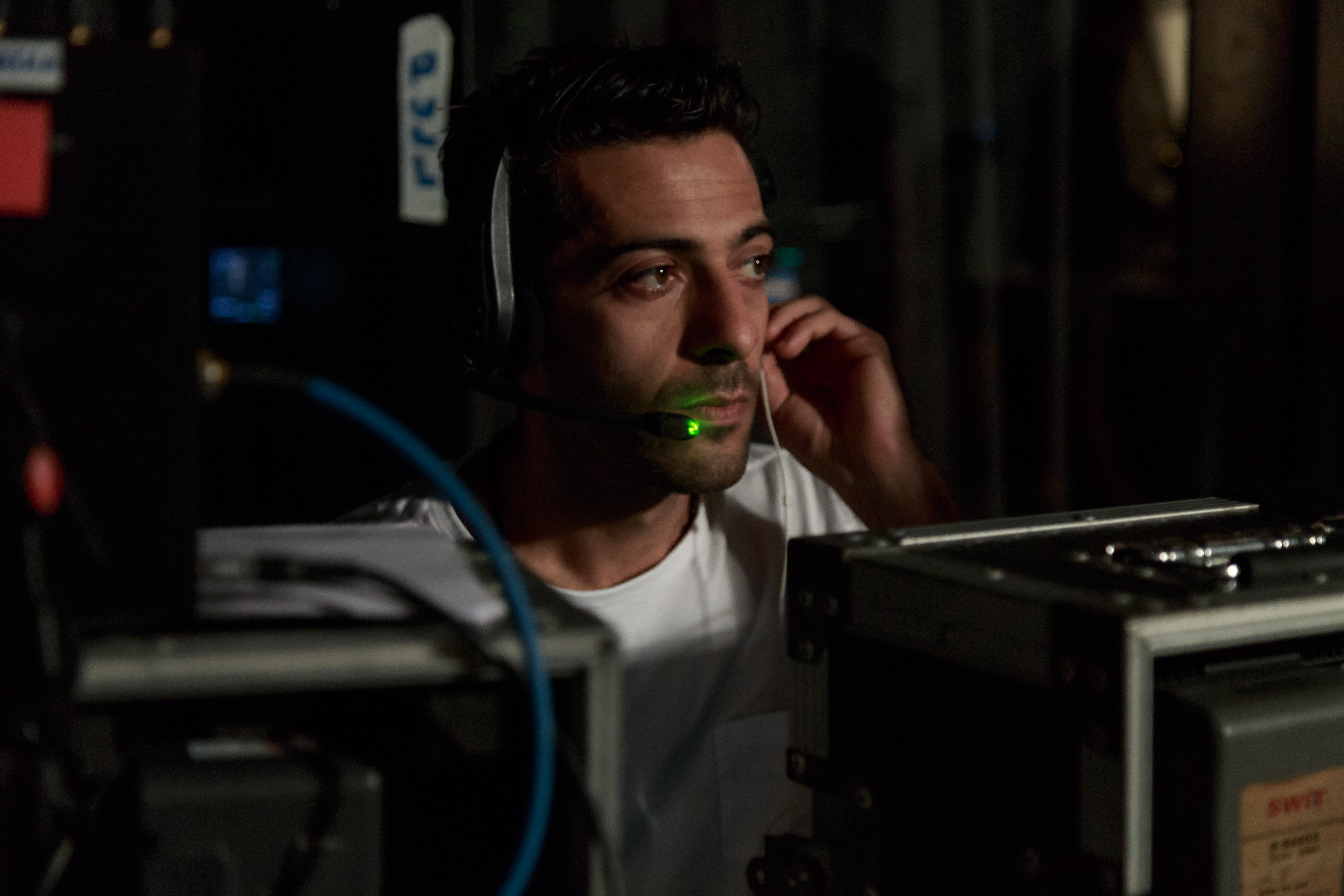 Samer Arzouni while shooting I Am a Nat Geo Photographer.Source: Spotlife Productions
Related: How Creatives Are Shaping The World's Economy
Related Books