Manual scavenging is illegal but still practised. This could potentially be mitigated.

By Rahul R July 18, 2018
Opinions expressed by Entrepreneur contributors are their own.
You're reading Entrepreneur India, an international franchise of Entrepreneur Media.

Today, with the threat of job losses due to automation looming large, leaving people increasingly concerned, it should be worth noting that automation and related smart concepts viz Robotics, Artificial Intelligence (AI), and more could also be put to good practices to actually benefit the society and smartly augment existing jobs.

Societal problems could in fact actually be mitigated by smart technology, going beyond that of what is depicted in today’s movies. In this regard, with robotics as the focal point, Entrepreneur India discovered that there exists a technology-backed solution to mitigate manual scavenging practices; which are now illegal but still prevalent even in Indian metros. This solution uses a physical robot, developed by Kerala-based Genrobotics.

Bandicoot has actually been deployed

“The first version of Bandicoot is fully ready and deployed in the Trivandrum area of Kerala. By July, we would be implementing Bandicoot in Kumbakonam in Tamil Nadu,” states Vimal Govind who is Founder and CEO at Genrobotics.

Govind also adds that a key focus for Bandicoot is the deep manholes and septic tanks. 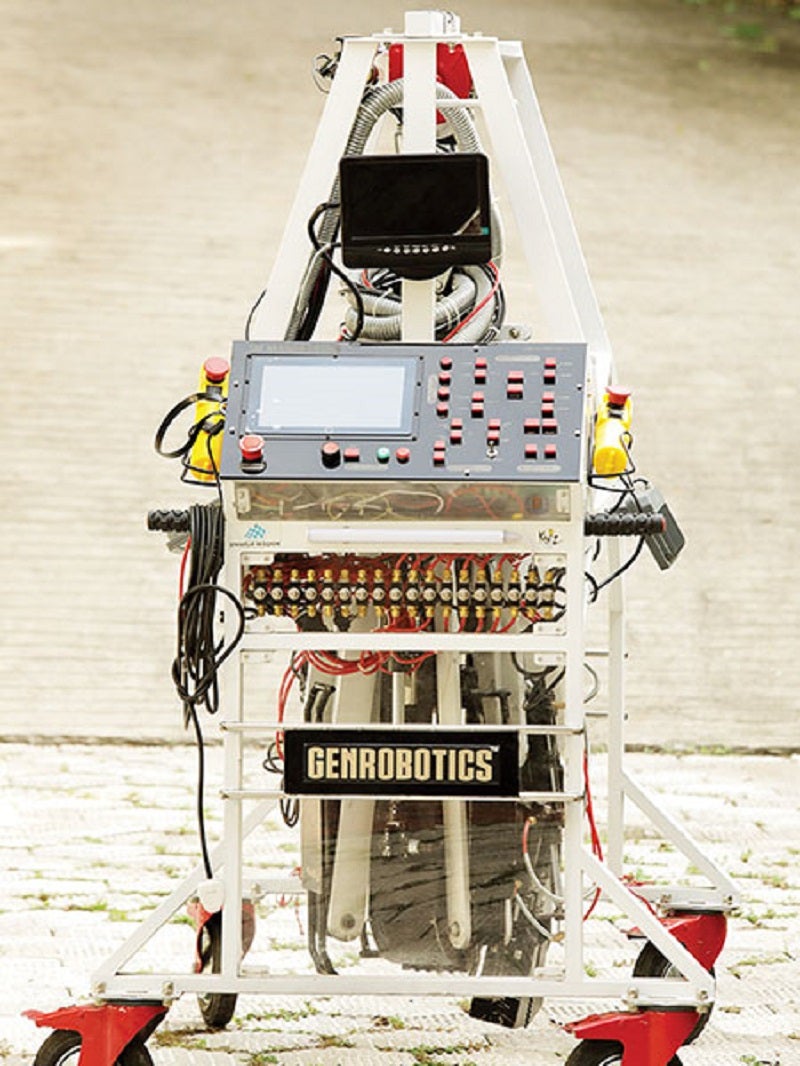 “We were disturbed when we actually saw people entering manholes even though it’s illegal. We have seen that this issue is even connected to caste system. During this time we also came across many deaths of people while cleaning manholes. This is the real inspiration behind Bandicoot,” explains Govind.

Bandicoot is actually intended for state governmental municipalities whose onus it is to undertake cleaning of underground sewers especially during the onset of monsoon. The robot apparently works under any extreme condition to scoop out silt from underneath.

Govind states that all of Genrobotics’ clients comprise of various governmental agencies; hence, the impact of such a solution could be mammoth if there is a pan-India expansion.

Technology behind Bandicoot is not complicated

Govind explains that the underlying technology in Bandicoot is simple.

“It is a purely an Electro mechanical machine assembly that is IP68 water proof,” informs Govind.

The robotic scavenger also has a 5 D.o.f Arm to eliminate the requirement of a human arm for undertaking works inside the manholes, which require flexibility of the body. To enter the manholes, Bandicoot is also designed to converge its diameter to dynamically adjust to the area within. 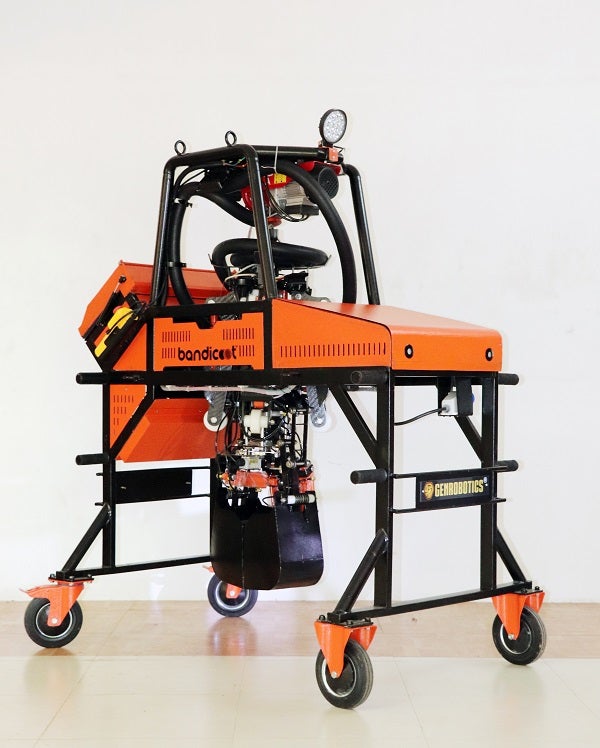 Here, the robot clears the sewer lines of solid waste which are often the cause for liquid flooding. After clearing solid wastes, the drain is unblocked so that the liquid waste flows through the system as usual; thereby potentially mitigating even the conventional suction system (employed by agencies) that only sucks away liquid leaving behind solid particles. This again requires humans to enter manholes.

Bandicoot can be operated in two modes viz semi-automatic as well as fully automated variants. Another potential advantage that Bandicoot offers is its ability to accurately position the pressurized water jet for executing water jet cleaning.

Here, Govind adds that Bandicoot despite converting a “manhole into a robohole” is not indented to take away jobs of sanitary workers. He states that it augments the entire septic cleaning processes beneath while the workers could operate the robot from above.

“We are rehabilitating the exciting manual scavengers as well,” adds Govind.

In February 2018, Genrobotics received undisclosed Seed Equity from Unicorn India Ventures. On paper, Bandicoot qualifies as a technology-driven model actually catering to a potential societal hazard. The startup was founded in 2015 and is currently headquartered in Trivandrum in Kerala.