Kicking off on September 22 in Beirut, the roadshow will train 20 teams of entrepreneurs in each location across two tracks.

Organized by entrepreneurship enablers Jusoor and SPARK, The Startup Roadshow, a training session and competition for Syrian entrepreneurs in Turkey and the Levant region, is going to be making its way into five cities -from Amman to Erbil, to Beirut, Istanbul, and Gaziantep- to scout for Syrian and Syrian-refugee led startups, and equip them with the appropriate skills.

The initiative aims to lay the groundwork for creation of economic opportunities for Syrian youth by providing them with the right business tools to scale their businesses. Slated to have five stops in Turkey, Jordan, Lebanon and Kurdistan/Iraq, the roadshow aims to hold a series of 5-day bootcamps to hunt for entrepreneurs with “the potential and the will to create new realities.” 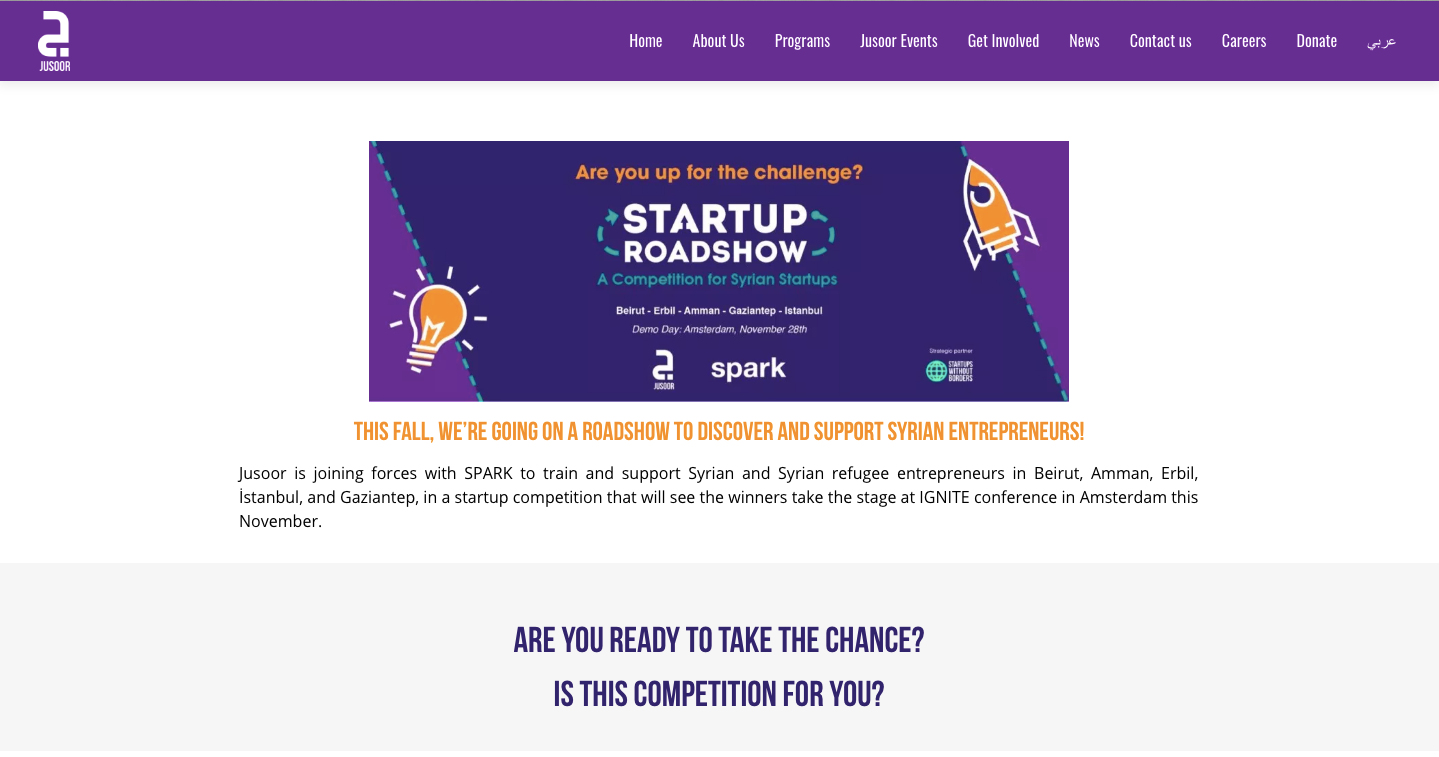 “We are very proud and excited to embark on this roadshow and competition, a first of its kind, in support of Syrians in their host communities. We hope to tap into the Syrian diaspora and find talented young entrepreneurs eager to become economic pillars in their present and future communities,” says Dania Ismail, Director of Jusoor’s Entrepreneurship Program, in a statement.

At the conclusion of the roadshow, two winning teams from each city will get the chance to pitch in the Startup Battle challenge at the SPARK Ignite Conference in Amsterdam, along with a chance to win up to US$8,000 in prizes. Along with training and mentorship, the competition also promises other perks including Google Cloud Services, Facebook Ads, co-working space membership, and assistance for creating their pitch decks, among others.

Hurry and apply before September 16, if you'd like to accelerate your startup with the program. Visit the official page here.