Founded by Mustafa Khawaja and his younger brother Murtaza Khawaja in 2016, Sparta Nutrition was set up with a basic goal of "real products and real results."

As an 18-year old avid body builder and fitness enthusiast, such was Mustafa Khawaja’s passion about health and fitness that he decided to turn an entrepreneur, and open a retail store to sell supplements in the US. This way, the young entrepreneur learnt the ropes about pretty much every aspect of this industry- from products to online channels to distribution etc., and as his business made a steady mark, Khawaja then decided to act on his larger goals, and branched out to open his investment company Khawaja Holdings- an investment and hedge fund entity in New York, which owns 40 other companies ranging across tech, marketing, nutrition, and other sectors.

Ask Khawaja about what motivated him to get into the health and nutrition retail space as an entrepreneur, and you can sense how serious and determined he is to make a name for himself in this industry. “It came to a point where some of the ‘largest’ brands in the world were getting in trouble for spiking their products, and for me it was enough is enough,” says Khawaja, talking about the state of health supplements industry when he set out to start his company Sparta Nutrition. “I didn't want to sell products that I did not believe in; this industry needed a positive change, and Sparta was formed with my younger brother,” he adds.

Founded by Mustafa Khawaja and his younger brother Murtaza Khawaja in 2016, Sparta Nutrition was set up with a basic goal of “real products and real results,” and delivers “hardcore supplements” for fitness enthusiasts who are highly goal-oriented. With its headquarters in New Jersey, Sparta Nutrition’s expansive range of health and fitness supplements, nutraceuticals, and other products, are reportedly distributed to over 50 countries globally. “Sparta Nutrition was an idea in 2016 that came to fruition in 2017. We have grown 6500% in the past year, and still growing on a monthly basis. We have quickly expanded into almost 65 countries,” says Khawaja. 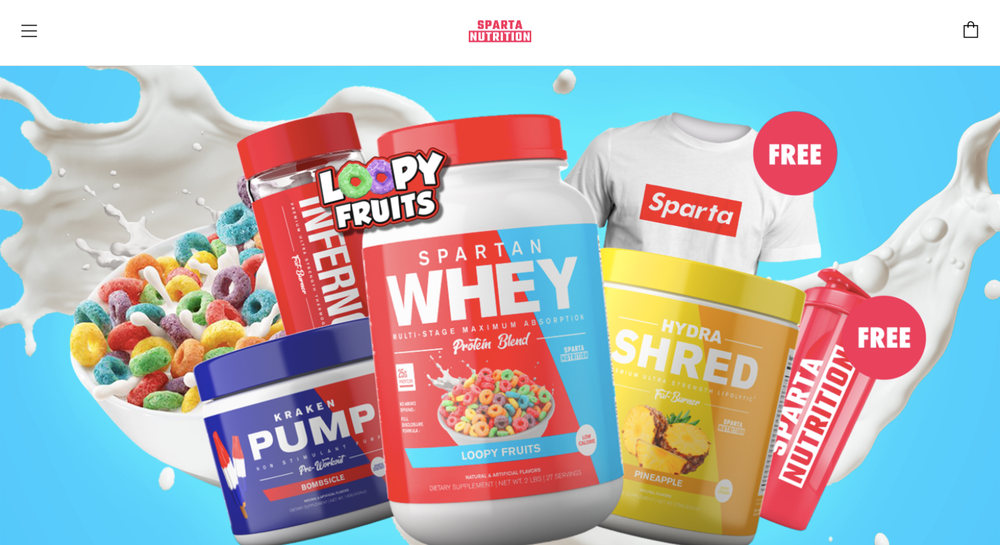 The global dietary supplements market is expected to reach US$278 billion by 2024 at a CAGR of 9.6% from 2016 to 2024, according to a report by Grand View Research Inc. “There's always a need for more supplement brands,” argues Khawaja, the CEO of Khawaja Holdings and Sparta Nutrition, when asked about how Sparta aims to stand apart in a crowded and growing market. “What makes us stand apart is the simple fact that we produce the best formulas, edgy flavors and fully transparent formulas. Many brands produce proprietary blends where customers don't even really know what's in the product. We put quality over profit. It's all about longevity for us. Our mission is to ignite a positive change in our consumer’s lives, so they can be healthier, live healthier, and be healthier,” he adds.

The company, according to Khawaja, is currently working aggressively on entering the GCC market, being in the process of (at the time of writing) signing partnerships with some of the largest distributors in the UAE, Saudi Arabia, Bahrain, Kuwait and Oman. “Our company will continue to be based out of the US but we might be opening a few offices throughout the world. We have already began the process to get the products approved with the different municipalities and have signed distributors in each region, and our plan is to do a huge Middle East launch with tons of marketing support, which is our specialty,” says Khawaja.

As someone who’s been a ringside observer of the nutrition and supplement industry, Khawaja believes that the sector is getting more customer-centric as users have a greater voice today, now that they can share their opinions on the products via social media forums. That's one of the reasons, Khawaja also realized power of social media to connect with his customer base, and recently signed a digital marketing team (unnamed) to focus on building his company's social media channels, and Sparta Nutrition says it also signed up a “well-known athlete,” who, in the future, will be promoting the company’s various products.

As for the Middle East’s entrepreneurship ecosystem, Khawaja believes the acceptance and mainstreaming of entrepreneurship is increasing in the region, though it’s fairly new. “Indeed there’s a lot to be learned and I’m sure that there will be more changes to come in the future that will be more adoptable for the entrepreneurial ecosystem,” he says. “We have been studying the region for a while now and that’s why we see a great potential to be explored and there is no better place to start other than Dubai because it’s the hub and the incubator for everything that’s new and innovative in the Middle East.”