The fintech enterprise that helps financial institutions digitize their operations, has raised US$1 million.

By Sindhu Hariharan October 10, 2018
Opinions expressed by Entrepreneur contributors are their own.
You're reading Entrepreneur Middle East, an international franchise of Entrepreneur Media.

Monami Tech, a UAE-based fintech enterprise that helps financial institutions digitize their operations, has raised US$1 million- the first tranche of a larger Series A round, which is expected to mobilize over $3 million, and expected to close over the next 90 days [at the time of writing]. This is the company’s second major external fundraising after having completed a seed round of approximately $1.5 million in January 2017.

While the majority of the investment came from private individuals based in the US who were also investors at the seed stage, the Series A round is led by PGH Holdings, an investment vehicle led by American entrepreneur Henry Helgeson, the founder and CEO of Boston-based fintech enterprise, Cayan. In addition to Helgeson, Paul Vienneau, CTO of Cayan, and Greg Cohen, President of Paya, former President of Electronic Transactions Association (ETA), and Chief Revenue Officer, Cayan, are also a part of PGH Holdings. Vienneau will also join the Monami Tech Board on behalf of PGH.

Headquartered in Dubai, Monami Tech has been in operation for two years now, and it specializes in helping conventional financial services entities leverage the benefits of digital technology to enhance their customer experience. This includes providing services and solutions such as customer onboarding platforms, digital wallets, loan origination systems, video conferencing, lending applications, and others. The company’s flagship lending product. LendMe -a digital solution that helps customers apply and complete all processes associated with loans via an app- was also recognized as the Fintech Innovation of the Year 2018 by Seamless Middle East. Earlier in July, the startup also partnered with Al Hail ORIX Finance PSC –the parent company of asset financing entity SAMA Capital- for the deployment of its technology for SAMA’s business and consumer lending project.

“This latest Series A investment has given us a boost in our operations,” says Ammar Afif, founder and Managing Director, Monami Tech. “Combined with the revenue growth the company is experiencing, [it] takes us one step closer to profitability by fast tracking our expansion plans.” Besides scouting for talent (for their sales, product development, and user experience teams), Afif says expanding into new segments of instant lending, and exploring new verticals beyond financial services (such as insurance, healthcare and automotive, for instance) also feature high on the startup’s agenda for the future. “We have our eyes set on geographical expansion beyond the UAE, starting with Saudi Arabia early next year,” he says.

As a Dubai-based startup that’s managed to attract attention and money from the Western world, Afif believes that having US investors lead the round definitely helps them broaden its appeal in the MENA market. “We hope to continue to bring more US investment into Monami Tech, and balance that over time with more support and fundraising from local GCC players,” he adds. Afif believes that the background of its investors (as payment tech specialists) is also likely to help Monami Tech achieve its strategic objectives. “The guidance, experience and expertise that institutional investors like Henry, Paul, and Greg bring to the table are truly invaluable,” he says. “Not to mention the credibility they give us as we embark on our robust expansion plan in the Middle East.” 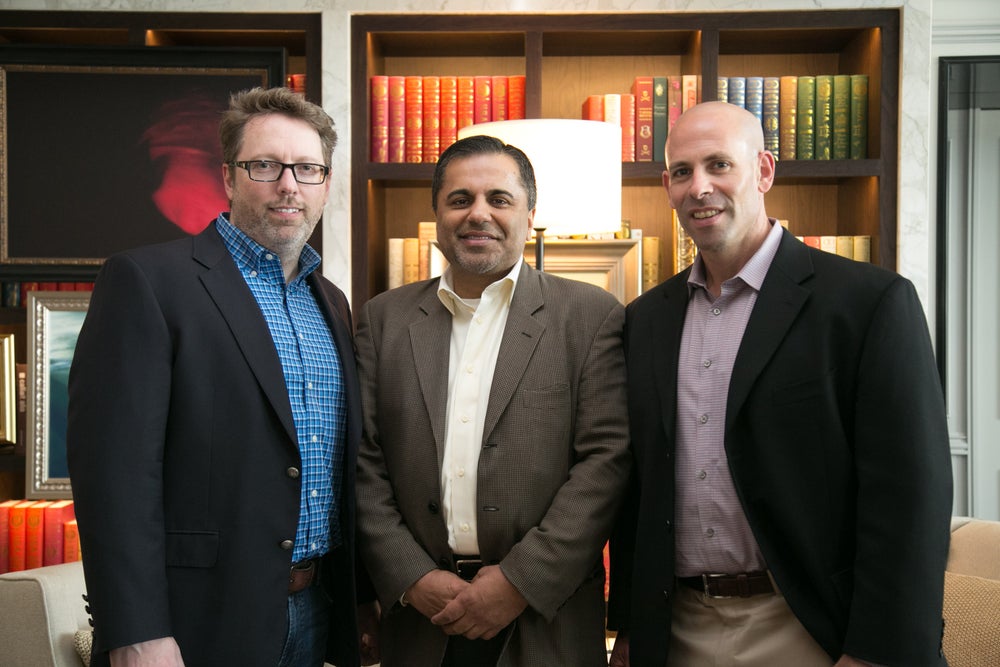 For other MENA-based fledgling ventures out there who wish to cast their net wide and dream of securing validation from global investors as well, it’d be useful to note how Monami Tech went about their fundraising process both differently and systematically. Afif says that owing to his extensive experience in the US, most of the fundraising efforts in the US were undertaken internally by the startup. “We used CMS, a local law firm to help us on the agreements and negotiations side, and a US law firm as well. In addition, we used a broker in the UAE to help us reach out to potential local investors,” he notes. The startup’s core team is also a huge strength driving its growth. “Our team consists of leadership that has over 10 years of working with financial institutions in the GCC, and our business model is designed to allow institutions to enter the market without significant upfront costs,” says Afif.

According to him, Monami Tech’s focus on being at the forefront of a new market segment for this region -instant lending- is also helping them stand out from competition. “Our core offering is related to the instant lending market. We believe that over the next few years, instant lending will become commonplace in this market. This will help consumers to have increased purchasing power, will bring access to credit to the underbanked segment and help traditional retail and e-commerce sell more,” he says.

For this purpose, in addition to the LendMe app, Afif also envisions a “next generation scoring engine, which incorporates structured data such as Emirates ID and Etihad Credit Bureau and unstructured data (such as SMS messages and social media), [and] gives a score for the lending institution to get a more enhanced profile for the applicant and decide on the application in a matter of seconds.” With such exciting things being worked on by a local startup, it’s safe to say that getting the MENA region’s unbanked into its financial system shouldn’t be a distant reality anymore. All the best, Monami Tech!