Focused On The Future: Udacity COO Clarissa Shen On How Her Platform Aims To Fill The Global Tech Skills Gap

Udacity's self-paced programs have helped impact the livelihoods of many others affected not only by regional conflicts, but also by cultural and socioeconomic barriers, and job losses caused by technological change worldwide.

By Megha Merani November 19, 2018
Opinions expressed by Entrepreneur contributors are their own.
You're reading Entrepreneur Middle East, an international franchise of Entrepreneur Media.

Omar (full name withheld on request) fled his hometown of Aleppo, Syria, in 2015, to escape the violent civil war devastating the country. Searching for safety, the restaurant owner landed in Istanbul without knowing how he would even begin to rebuild his life again. Today, Omar is among the top trending Swift developers on global software development platform Github. He turned his fate around by taking some of Udacity's Nanodegree programs.

California-based online education company Udacity offers courses, which last six months on average, in subjects tied to growing technology occupations such as robotics, artificial intelligence, blockchain, programming, data science, and self-driving cars. Tuition ranges from about US$1,000 to $2,400 for a course. “He took three of our programs, [and] went from knowing nothing, to iOS and Android development, to becoming a mobile developer,” says Udacity's Chief Operating Officer Clarissa Shen tells as she recalled Omar during an interview in Dubai. It’s not just Omar though- Udacity's self-paced programs have helped impact the livelihoods of many others affected not only by regional conflicts, but also by cultural and socioeconomic barriers, and job losses caused by technological change worldwide.

The company, founded by founded by Sebastian Thrun, one of Silicon Valley’s pioneers in self-driving cars, acts as a springboard for workers to skill, upskill and cross-skill for the jobs that will replace their current careers as the global tech skills gap continues to grow. In the MENA region, where 60% of the population is under the age of 25, yet youth unemployment is twice as high as the world average, Shen sees huge potential for Udacity to “transform an entire generation -and region- by connecting the desire to learn, with the opportunities to succeed.” 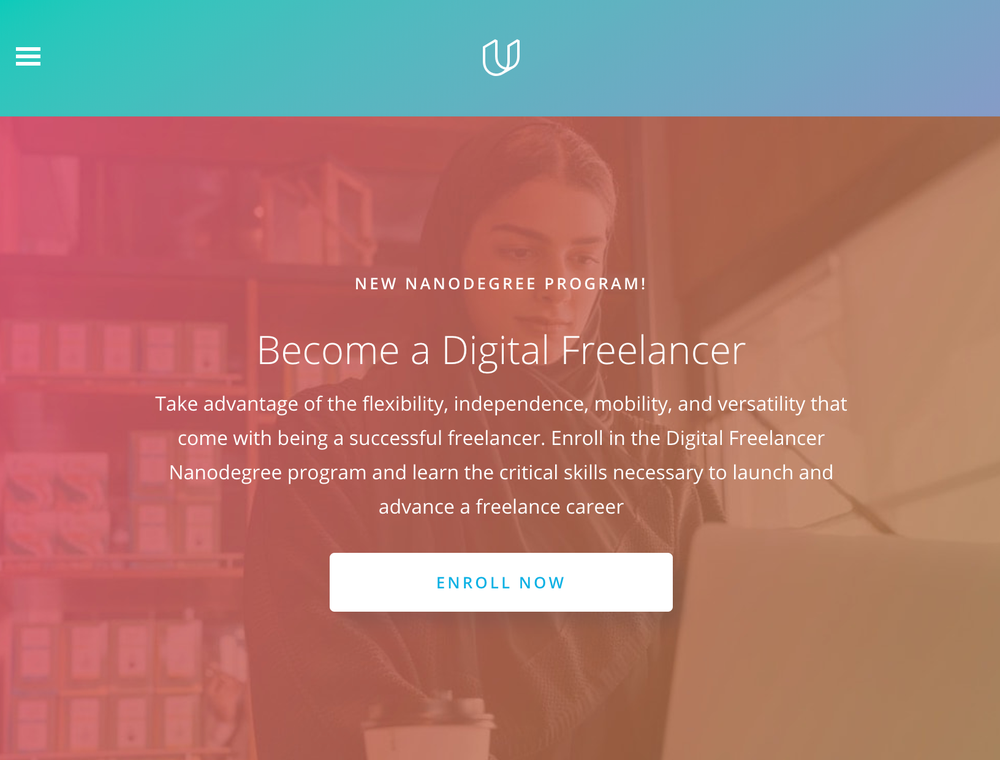 “In the end, yes we were really lucky to get great college degrees, but honestly, I think the skills I've learned go beyond what my degree meant,” the Ivy League graduate says. “It's a title. It was lucky for us that we get to network, and get to be part of certain communities, and have exposure. But I have learnt so much more on the job and online to continue to make myself relevant, especially in the tech industry. I was a business major, but I've learnt to program and data analysis skills, and I have to keep up.”

Shen’s comment should be considered in the light of technology overhauling virtually every job in every industry at a never seen before pace. The McKinsey Global Institute predicted in a report released last year that by 2030, as many as 800 million jobs could be lost worldwide just to automation. However, Shen insists this is not a new phenomenon. “I think what you see a lot of in the news that's hyped up is things like drivers or factory workers [losing jobs],” she says. “But that's been happening for the last 10 years. Factory work has become automated and robotics is taking that over. That is not news.”

Less in the limelight, but more significant, is the steady ousting of office job descriptions by a new future of work that is inherently different than the present. “White collar jobs are changing,” Shen points out. “It may not be as obvious because maybe some folks are able to make that transition over. But take myself for example -in marketing where I came out of– a marketing professional from five or 10 years ago looks completely different than today. You have to think about digital marketing, social media, measurement [and] ad tech platforms.”

In the finance sector, Udacity is in talks with some banks in the UAE to assess and upskill existing employees. This includes helping them build internal digital market teams rather than rely on external agencies as well as other functions. “Behind the scenes, they say their growth and the jobs they're displacing is actually that (white collar),” she says. “It's no longer just a financial analyst- it’s ‘can that analyst do a little bit of programming?’”

Companies like Saudi Aramco and Saudi Telecom Company are also working with Udacity to build internal data science teams. “Those are the kinds of jobs that aren't just the future, they're already happening,” Shen says. “There’s going to be a creation of 250 million new jobs in this global economy... from large telecom companies to large banks, to healthcare, to retail... they're telling us that today they need to hire thousands of data scientists.”

The same goes for web development and mobile development jobs, Shen adds. Existing talent pools cannot meet the growing demands from companies. “Those are all things that we know continue to have demand and companies have hard time filling one. And the reality is that universities can teach in very theoretical ways but our approach is practical. It’s about industry relevance.” Shen adds that more awareness is needed to educate workers on the future of their jobs too. “There's so much more that needs to happen to reach out to the broader community. Do they know their jobs may be at risk? Do they know where the growth opportunities are? Do they know that they can actually learn these skills?”

Udacity, which started in 2014, collaborates with more than 120 global employer-partners including AT&T, Google, Facebook and Mercedes-Benz to close talent gaps. Reuters reported in 2018 that the company, with an eye to eventual IPO, has raised $163 million to date, and was valued at $1 billion at its last funding round. It more than doubled its annual revenue last year -up from $29 million in 2016 to $70 million in 2017- fueled primarily by student enrollment, growing to more than 50,000 students from 16,000. 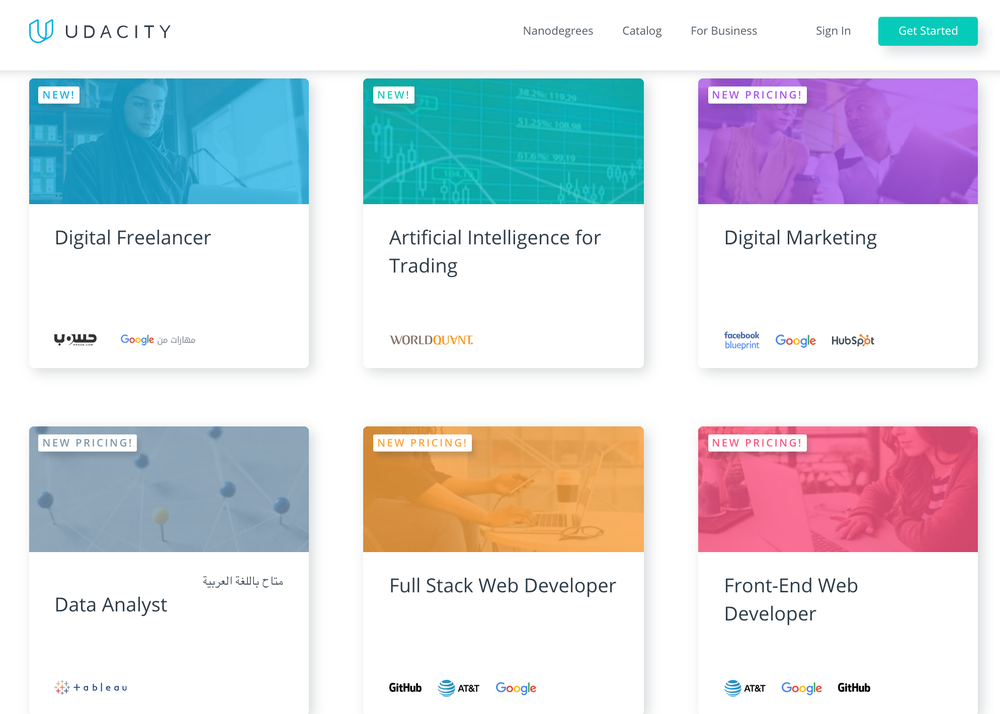 In November 2016, Udacity launched its first Connect Campus in Saudi Arabia in partnership with the Kingdom's MiSK Foundation, a non-profit organization dedicated to cultivating learning and leadership in youth. A year on, Udacity officially began its MENA operations with Shen saying she couldn't think of a “more fitting environment to share a message of inclusion and opportunity”.

Most encouragingly, women in Saudi have jumped on board and even surpassed the number of men enrolled in the platform's futuristic tech programs. “Female representation in our Saudi program is over 55%,” Shen says, adding that the proportion is “definitely higher” than many global markets. While the online accessibility is appealing to the female population in the Kingdom, it also leads to a flexible freelance or remote working career path.

It has also empowered women from conflict-torn regions to find new careers. Like Udacity student Fatima (full name withheld on request), who originally studied to become a pharmacist at Baghdad University, but was driven to flee Basra with her family after ISIS infiltrated her city. “After all the destruction she saw firsthand, she told herself someday she would find a career that helped people,” Shen says. In 2016, Fatima signed up for a Re:Coded Udacity Bootcamp in Erbil, where she learned Android development, joined an incubator and went on to raise seed capital for her new venture, TechTeens, a school that teaches children and teenagers how to code.

Udacity's regional user base is currently a little over half a million of which more than 50% is out of GCC, with Saudi leading the majority while Egypt serves as the top market. The platform has a dedicated network of mentors and reviewers to provide Arabic language support and some of its most popular Nanodegree programs -Intro to Programming, Android Basics, and Android Developer– are available in Arabic.

The company, which has offices in India, China, Germany and the UAE, is also working with regional governments and universities to reach more youth by launching initiatives such as its One Million Arab Coders program, an ambitious partnership with the Dubai government to enroll a million Arab youth into introductory coding courses. But the industry now needs to step up, Shen says. The COO says that while governments in the region are investing in empowering youth with skills, the private sector needs to play its part too. “There are no other regions that I know where the government is as involved as here,” Shen says. “I think that's huge credit to the forward-looking people that recognize that this is no longer going to be an oildriven economy. There's so much talk about becoming the future in the digital economy, and the option to leapfrog even whatever is happening in other regions. I see a lot more of that actually here than, honestly, even what's happening in the US."

Udacity's message to corporates in the region is simple: “We cannot ever do this completely by ourselves. The unemployment rate is there, but we [also] have 250 million jobs being created. It's about bridging that gap. These are talented people, talented youth, but it's a lack of opportunities, so we're asking people to step up.”

Shen adds that her message to companies is to “become jobs neutral.” “We see government trying to do a lot of work, but it's not sustainable if the private sector doesn't step in as well,” she stresses. “I think it is the responsibility of tech companies to not just say we're here to disrupt, [and] we're here to displace. We have to bring people along– and education is the answer for technology companies to bring people along. Think about it as being jobs neutral. For every job that you think you're going to displace, create a new one, sponsor a student to get into this, [and] be part of this change.”