Will XI Jinping's Dream of Becoming the Global AI Leader Turn into Reality?

China’s President Xi Jinping has been urging the country’s companies to develop, control and use artificial intelligence (AI). The objective is to secure the nation’s future as it aims to become the global leader in AI by 2030. In terms of AI research, China ranks first in the quantity and citation of research papers, and holds the most AI patents, edging out the US and Japan, according to a June report titled China AI Development 2018 by Tsinghua University. The country has also attracted 60 percent of global funding in AI, which enabled it to overtake the US for the first time as the world’s biggest AI investment destination, the report suggests. It also notes, the shortage of high-level AI talent is somewhat hampering its growth.

The Rise and Fall

However, the country saw a major fall in investments in the first quarter of 2018. New York-based research firm ABI Research released a report in July, which revealed that the investment plummeted in the first half of 2018, attracting only $1.6 billion. Last year, China overtook the US in terms of private sector investment, pulling in just shy of $5 billion, but the $1.6 billion invested in the first six months of this year is less than one-third of the US levels, according to ABI Research. “2017 had been a great year for China,” admits principal analyst of ABI Research, Lian Jye Su. He adds, “But most investments were focused only on a few successful startups, such as Bytedance, Sensetime, Face++, Cambricon Technologies and Horizon Robotics. As the industry continues to figure out new use cases and business models, the AI investment sentiment has become less based on hype and more on careful analysis of business models and use cases.” 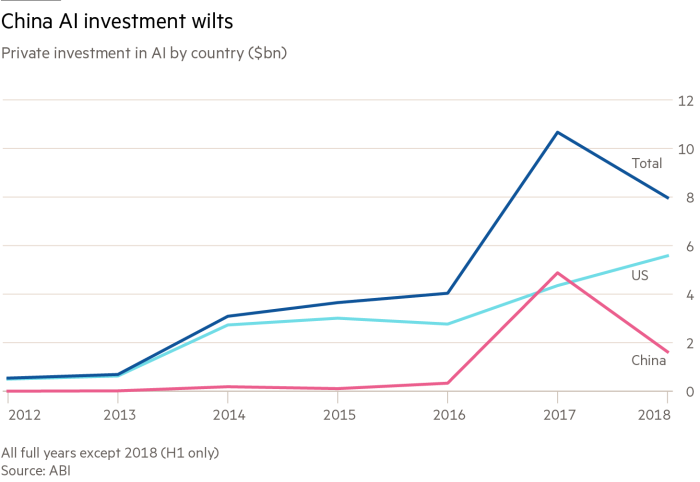 A couple of factors contributed in the decline in investments, which include inflated valuation, over-hyped pitches, threadbare monetization models and unfulfilled promises of AI startups. Clearly, the investors went a bit overboard in terms of evaluation and innovation of startups in the sector.

Recently, China’s popular news agency Xinhua unveiled the world’s first-ever “artificial intelligence news anchor”, which debuted as a virtual anchor to deliver the news 24 hours a day. The invention was in partnership with the Chinese search engine Sogou, which is one of the largest AI firms in China. While everyone was praising the move, a lot of experts criticized it, saying machine learning has been used to build the anchor but in a way to just synthesize the voice of a real human.

Some of the magazines even called the anchor “a digital puppet that reads a script” and “a very narrow example of machine learning.” Recommending ways to use AI in media and entertainment business, ABI Research’s analyst, Su says, “Today, mature AI applications in media and entertainment include content metadata tagging, advertisement personalization, content recommendation, machine translation, viewership forecast, legal compliance, etc, and these are the AI capabilities that will generate larger impact in revenue creation and cost optimization for such companies.” While the growth story of AI in China resonates with the innovations of its firms like Nvidia, Cambricon, DJI, several startups still lack the ability to solve the real problems through the technology.

The much-hyped social credit system of China’s defence and warfare, which evaluates China’s 1.3 billion population based on their behaviour and activity, is going through several hurdles. 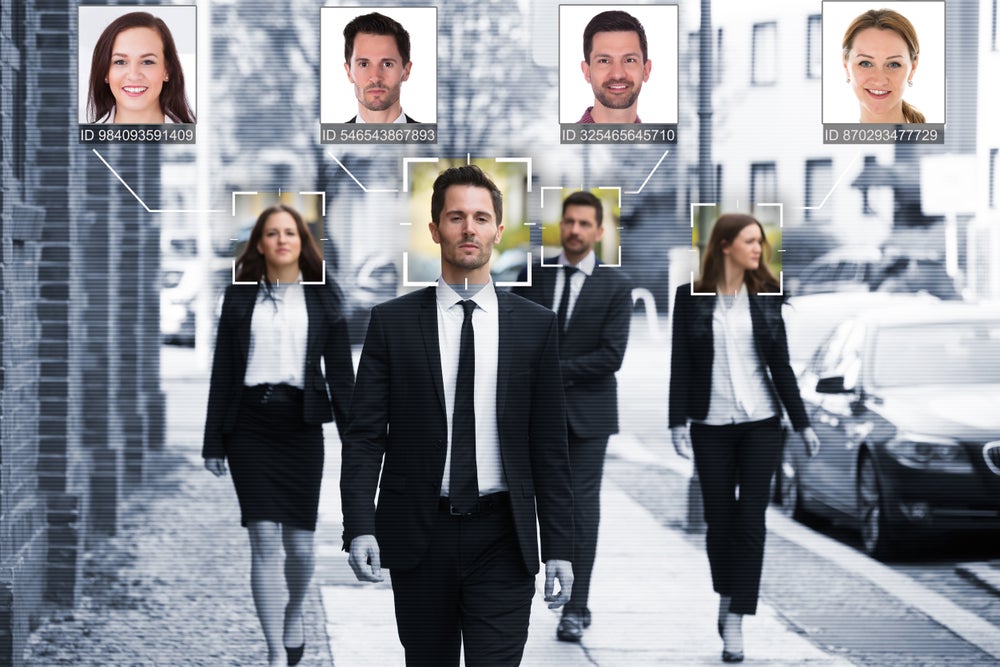 The initiative is facing a lot of backlash in the Chinese media. For instance, if you apply for a visa as a Chinese citizen, AI-based social credit score remains one of the key criteria. A recent report by Samantha Hoffman, a visiting fellow at Mercator Institute for China Studies claims that the system’s impact beyond China’s borders has not been well understood, and is in fact, already shaping the behaviour of foreign businesses in line with the Chinese Communist party preferences. It has the “potential to interfere directly in the sovereignty of other nations.”

According to China AI Development 2018 report, China had 18,232 AI technology research talents, accounting for 8.9 percent of the world’s total, US accounting for 13.9 percent. Currently, China is harnessing the potential of digital technologies to continue its progress on the path of economic development.

In September, the Chinese government announced that they will invest 100 billion yuan to develop the digital economy in the next five years. AI-related industries in Shanghai are now valued at $10.3 billion, based on July 2018 data from the Shanghai Municipal Commission of Economy and Information.

Many Chinese businesses are recognizing the need to invest their money and expertise in innovation hubs or equivalents to drive leading-edge products and services. Susana Tsui, Group CEO of Dentsu Aegis Network, China, says, “These investments will help China to move further up the value chain into more knowledge-based activity, while also increasing the spread of digital services and products across the economy.”

In January, Internet giant Baidu launched two new AI labs to strengthen its offerings. The Business Intelligence Lab will focus on creating data analysis technology for emerging data-intensive applications, whilst the robotics and autonomous driving lab will focus on computer vision. These two labs bring Baidu’s AI division to a total of five technology labs, as the company positions itself as a pioneer in the innovation of AI and related technologies.

Another innovator is Shenzhen-listed Chinese AI company, iFlytek. The company has strategic alliances with partners such as China Telecom and Huawei, which allows them to expand their services in both hardware and on-demand services. Their business is investing in developing products for the mass market, as well as enterprises such as education, healthcare, smart city and other related corporate services.

“I think moving forward into the future, we are going to see more industry-specific or vertical-specific AI, and AI-specific chipsets dedicated for specific use cases. At the moment, the industry as a whole is working on creating powerful general purpose AI frameworks and hardware. Once all the groundwork has been laid out, we will see more targeted AI applications which will lead to industrial wide adoption,” Su says.

A Beginner's Guide to Private Equity