Facebook has announced that all ad campaigns on the platform will start running with Campaign Budget Optimization (CBO) starting from September 2019, here's how you can leverage the opportunity for your campaigns.

By Tareq Samara February 20, 2019
Opinions expressed by Entrepreneur contributors are their own.
You're reading Entrepreneur Middle East, an international franchise of Entrepreneur Media.

It’s no secret that most businesses rely heavily on Facebook ads to market their services and/or products, and it’s also considered as a very important source for generating traffic for brick and mortar businesses as well. While it’s very obvious that Facebook ads are not going anywhere (at least in the near future), Facebook has announced that all ad campaigns on the platform will start running with Campaign Budget Optimization (CBO) starting from September 2019.

On Facebook, CBO has so far been an option to control your budget at the campaign level, which, by default, was turned off. Once activated, you would have control of the entire daily or lifetime budget for the campaign. Assuming you have multiple ad sets within a campaign, Facebook would then decide on optimally distributing your budget to those ad sets. The structure is similar to how things work in Facebook’s Ads Manager- you don’t set a budget at the ad level. You can have multiple ads within a single ad set, and then Facebook determines how to distribute the budget between them. 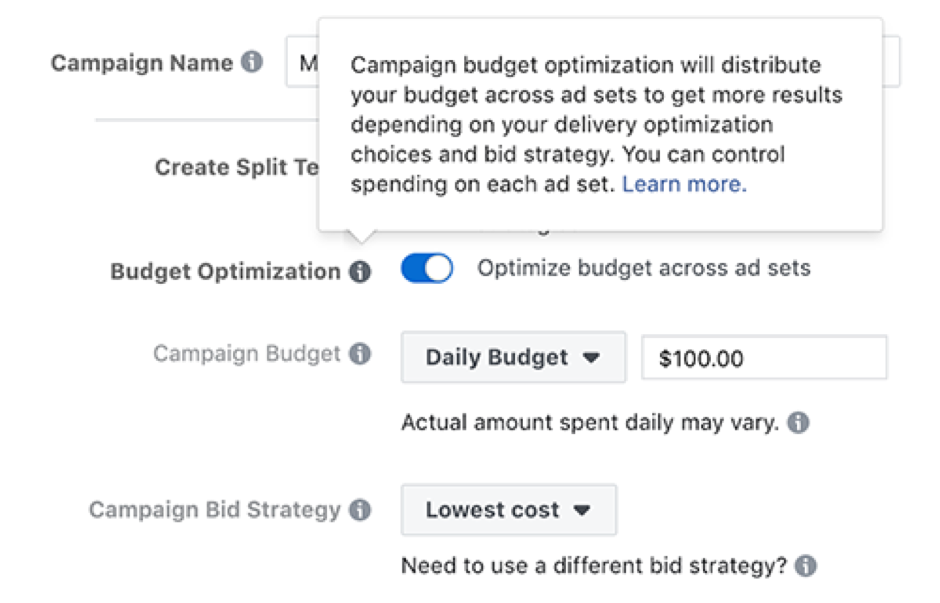 Currently, Facebook advertisers are able to set budgets on the ad set level within a campaign, but, starting in September, when ad campaigns migrate to CBO, advertisers will only be able to set budgets on the campaign level. It’s difficult to overstate how much this will change things for advertisers. While Facebook hasn’t released numbers regarding the stats of this feature (CBO was released more than a year ago), I’m pretty sure that a very small percentage of advertisers currently use CBO. As a result, forcing it will have a huge impact on habits and processes.

The change will apply to existing campaigns as well, so if you are currently running long-term or evergreen campaigns with specific budgets and performance expectations at the ad set-level, you must start figuring out about what this change will mean for those efforts. Take the same considerations for any new campaigns set to run beyond September. As per Facebook, the goal with enabling CBO is to give advertisers better results at a lower cost, by distributing a campaign budget based on the best performing ad sets.

However, this feature takes a key role of control away from advertisers. In its announcement about CBO, Facebook said: “You’ll have the ability to set one central campaign budget to optimize across ad sets, and we’ll automatically and continuously distribute the budget in real-time to your top performing ad sets.” This also means that advertisers will need to have blind trust and faith that Facebook’s automated budget allocations will deliver efficient results.

Here is an example as to how CBO would work. Assume that you have three ad sets with a budget of $10 per each ad set. Without CBO, Facebook would have attempted to spend $10 per ad set, regardless of performance. Now, with CBO, Facebook will react to the performance of each of your ad sets- you may then instead spend more or less per ad set to get the most results. Without CBO, the entire campaign resulted in 10 conversions. But, one ad set clearly outperformed the other two. With CBO, Facebook optimizes to distribute more of the budget to the high performing ad set, resulting in 15 conversions. 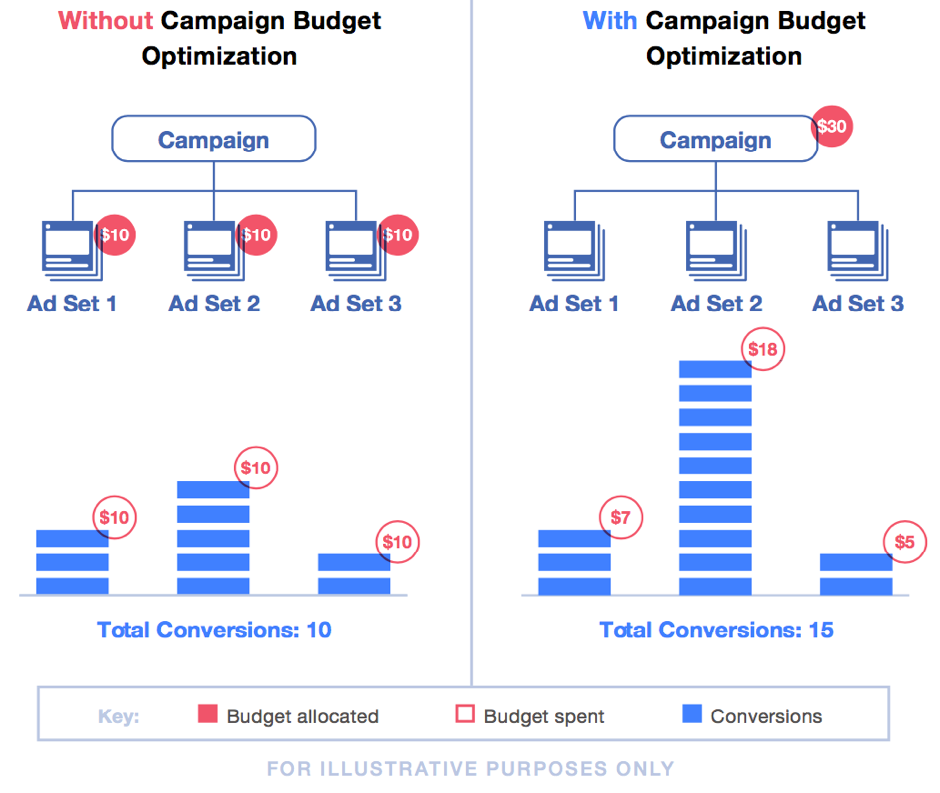 If you’re reading this before September 2019, Facebook’s enabling of the CBO function is still a little while away, and hence, you have time to experiment with this feature and prepare. However, note that your existing campaigns will also be migrated to CBO. That’s a big deal, and that could change how your campaigns are currently running. As such, it’s best to start making use of the CBO feature now, so that you have enough time to practice and play with it. This will allow yourself to get yourself familiar with it, and eliminate as many unpleasant surprises as possible in the future.

If you are the type of advertiser who wishes to have control over every single detail, then you are probably not going to like the CBO feature at all, as Facebook will take over the optimization process, and decide which ad set succeeds, and which one fails. But there could be a workaround for this- you can create a separate campaign for each ad set, meaning that you can start treating campaigns like you currently treat your ad sets. In other words, if you are planning to create a new ad set with a $10 budget, then all you have to do is to create a new campaign of a $10 budget, which will contain just one ad set.

At the moment, we are almost seven months away until the discussed change goes into effect. While there’s time for Facebook to improve its CBO feature, we need to remember that this is the time for us to get better at understanding how to use it efficiently. What are your thoughts on this change? Let me know by tweeting at me on Twitter: @TareqMSamara.