While growing up, Forrest Li used to spend most nights playing videogames at an Internet cafe. Today, at the age of 41, he’s the founder of Singapore’s tech unicorn, Sea, which owns gaming service Garena where over 40 million players log on each day to battle with each other. 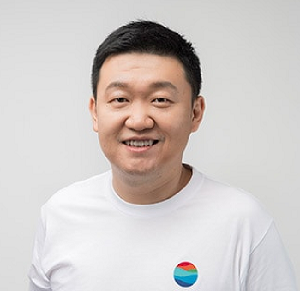 Besides that, the China-born entrepreneur is the latest person to join the world’s billionaires list thanks to a 13.8 per cent stake worth around US$1 billion (S$1.3 billion), according to the Bloomberg Billionaires Index. Last year, Sea had witnessed a net loss of $961 million, but investors believe that the company’s decision to expand into e-commerce (Sea owns e-commerce site Shopee) will help boost revenue of Garena. The company has Chinese giant Tencent as one of its shareholders.

Sea recently announced the closing of its previously announced offering of 60,000,000 American Depositary Shares (ADSs), each representing one Class A ordinary share of the Company, at US$22.50 per ADS. In response to strong investor demand, the offering size was increased from an initial 50,000,000 ADSs as announced when the company launched the deal.

Sea expects to use the net proceeds from this offering for business expansion and other general corporate purposes.

“With the success of this offering, we have a very strong cash position supporting our ambitious growth plans,” said Li, who is also the group chief executive officer of Sea. “Shopee’s rapid ascent to regional leadership in just three years is a great example of how we allocate capital smartly and nimbly to capture the significant opportunities in our region’s rapidly growing digital economy. Shopee is now firmly established as the largest and most popular e-commerce platform in our region, and scaling with ever-greater efficiency. We intend to continue to invest in solidifying its leadership position, and enhancing the long-term sustainability of the platform.”

Li added, “The global smash hit success of our first self-developed game, Free Fire, has also opened up exciting new opportunities for our digital entertainment business, Garena. Free Fire has quickly become one of the most popular mobile games in the world, particularly in fast-growth markets like Southeast Asia and Latin America. Building on our unrivalled experience serving gamers in Southeast Asia, and our pipeline of new game titles, we plan to expand Garena’s capabilities to identify and address the needs of more gamers in more of these important markets globally.”

Here are four interesting things to know about Li and his Sea:

Its mobile game Free Fire is the prime reason for Li’s success. It has more than 350 million registered users across the world and was the world’s fourth most-downloaded game on the Apple and Google app stores last year.

Born and raised in the port city of Tianjin as Li Xiaodong, he adopted “Forrest” after his American lecturer asked him to come up with a Western name. He was inspired by Tom Hank’s Oscar-winning portrayal of the fictional big-hearted character Forrest Gump.

Li earned a degree in engineering from Shanghai Jiaotong University in China. After graduation, he worked at Motorola Solutions Inc. and Corning Inc. in his home country, but saw a limited future as a white-collar manager and enrolled in Stanford Graduate School of Business’ MBA program. Four years later, he founded Sea, then called Garena.