The biggest ride-hail service in the US, after Uber, priced its initial public offering at $72 per share, with a $24 billion valuation

On 29 March, Lyft made a giant leap. The seven-year-old ride hailing startup issued shares, for the first time, on the Nasdaq stock exchange. It priced 32.5 million shares, slightly more than it was offering originally, at $72, raising $2.34 billion in its initial public offering.

The IPO has set the stage for other unicorns from Silicon Valley, which are seeking to debut in the stock market this year, including Pinterest and Postmates. Uber, the biggest ride-hail service in the US, too, is reportedly looking at an April date for a launch.

When it comes to any IPO, a major question is who’s getting rich. In Lyft’s case, the biggest earner is Rakuten. The Japanese Internet and electronics company is the single largest shareholder of Lyft, at 13 per cent or 31.4 million shares.

Rakuten has announced that it is expected to gain 110 billion yen ($989.74 million) in the quarter through March on its investment in Lyft following its listing as a public company.

Billionaire Hiroshi “Mickey” Mikitani’s Rakuten is Japan’s largest online retailer and has a variety of side businesses, including a professional baseball team and a bus service. It first invested in Lyft in 2015, acquiring an 11.9 per cent stake for $300 million and leading series E investment round. 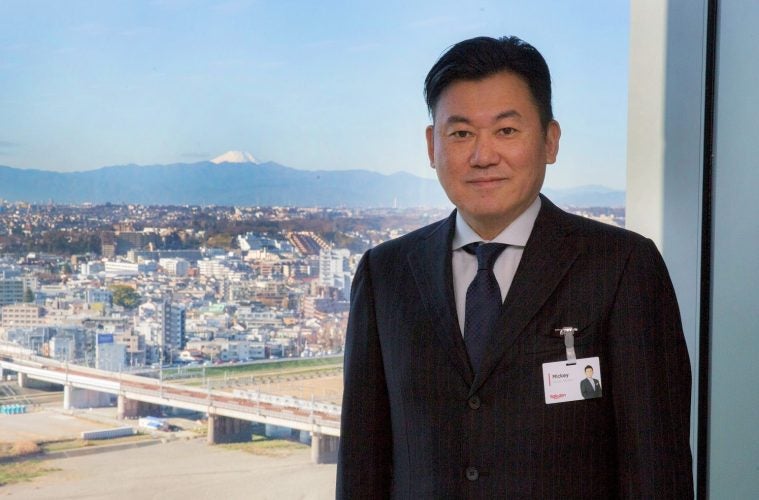 Hiroshi “Mickey” Mikitani’s is the founder and CEO of Rakuten.

“We have seen the future and this is it. By empowering human connection, the sharing economy is going to fundamentally transform the service industry and benefit society. We believe businesses like Lyft that unlock the latent potential that exists in people and society hold the key to the future,” Mikitani, founder and CEO of Rakuten, said at that time.

John Zimmer, co-founder and president of Lyft, had said, “With this new investment, we are closer than ever before to realizing our vision of re-connecting people and communities through better transportation.”

The funding was supposed to allow Lyft to continue growing its service and invest in both domestic and overseas expansion. Through this investment, Rakuten aimed to empower one of the leaders in the sharing economy and pioneers in the rapidly expanding ride-sharing service industry. And it worked.

Recalling his first meeting with Mickey – at Mickey’s house in the Silicon Valley – Zimmer admitted in the inaugural Rakuten Optimism Conference held in San Francisco last September that “it was a scary time for Lyft.” “Our main competitor had about 30 times more cash,” he said, “and they were trying to kill our business.”

Soon, they discovered they shared important core values. Zimmer had a background in hospitality and envisioned a ride-sharing service that would transform transportation altogether, and also remain focused on treating drivers, passengers and partners well. Mickey, who has long valued “omotenashi”, the Japanese concept of customer care and superior service, and the power of disruptive innovation, could relate to the young founders’ goals.

The two also found that they shared the goal of opening their businesses to a wide consumer public, not simply a luxury slice.

“Uber had launched before us as a black car service. We wanted a product that would be accessible to everyone,” explained Zimmer.

How to use psychology to control your money

Bitcoin price spikes 10% and surpasses $ 55,000 thanks to billionaire George Soros

She Was Homeless. Now She Runs a $25 Million Investment Fund for Women of Color.