The investor breaks down what makes her want to invest in a brand, today's biggest opportunities, and how the tech world is about so much more than technology.
Next Article Add to Queue

First things first: What’s your definition of a tech startup? I think some people have a hard time understanding why, say, a makeup brand like Glossier (in which Forerunner is an investor) identifies as a tech company.

Oh, people are so confused! We get pitched so many businesses based on a beautiful product I’d love to buy, but it doesn’t fit the profile of what we want to invest in because the company’s model is selling in a big retailer. Yes, we invest in brands and product, but we mostly invest in founders that see opportunity for change. Glossier is about the customer. It’s anchored in selling product, but consumers trade in and out of product. So Glossier has used technology to create a deeper connection with its consumer to grow. Purchases are often about more than the product. And that’s why we invest.

So when someone is pitching you, what do you really look for, what do they need to be armed with to catch your attention when they’re at that early stage?

A founder must be able to paint the big picture, but then also draw it right into today and say how they’re going to get off the ground. If you have a big idea and you’re going to do a little bit of everything to start? You’re doomed. Launch with one thing, nail the business model, get mindshare with the consumer, and then brick by brick, build the next layer. It takes patience. People want to move fast, but you have to slow down if you’re going to build a business that’s important to people two decades from now.

Related: How to Integrate AI Into Your Business

What’s a brand that did that well in its pitch, and then also delivered on the promise?

Dollar Shave Club. Michael Dubin sold razors when he launched, but he didn’t pitch me a razor company -- if he had, I wouldn’t have invested. He pitched me a massive men’s grooming company. But Michael knew he could own the razor market. He knew that the male consumer, who’s been evolving, had been overlooked by the industry. He could only shop from large CPG brands, none of which used data to create a better product for him. So Michael identified those inefficiencies and solved for them. He introduced razors in a testing fashion, found confidence, monitored growth and collected data, then expanded into hair care and other products.

What are some opportunities that today’s entrepreneurs should take advantage of?

We’re pretty far up the tech curve, and things that were difficult a few years ago are a lot easier now, more efficient and accessible. That’s the continuum of evolution; you have to take advantage of that.

Related: How to Ensure Yourself a Solid Return on Collaborative Technology

How has that technology also changed the consumer?

Business today is just changing so fast, and the consumer is almost leading that movement. We’ve been through 10 years of people really growing up on social platforms, but the business model -- data and information -- conflicts with the product. Consumers are now stepping back and saying, “I don’t want to surrender my data and information, but I still want the community experience; where else can I get it?” That’s a new class of opportunity for entrepreneurs who can design for a consumer who’s evolved and has more clarity around what they want. 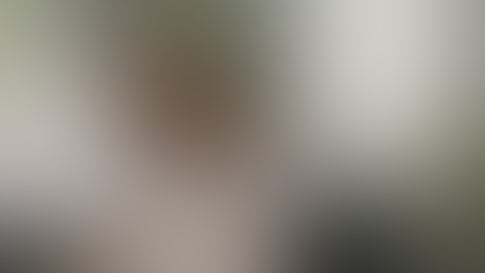 How to Make Your Brand More Cohesive

Crafting a Powerful Pitch With the 3-Minute Rule

Create the Perfect Pitch Deck Without Hiring a Designer

Swiping Right on a New Investor? Do This First.

The 10 Most Reliable Ways to Fund a Startup