A reminder of the impact the entrepreneurial community can (and is having) on the region as a whole.

There was a moment during the final ceremony of MIT Enterprise Forum (MITEF) Pan Arab’s 12th Arab Startup Competition at the Hilton Habtoor Grand in Beirut, Lebanon in March this year when Hala Fadel, Chairperson of MITEF Pan Arab, while on the stage, reflected on the response this particular edition of the contest had received. In her address, Fadel made it a point to give a shout-out to all of the Arab countries that were represented in this year’s edition of the Arab Startup Competition, with every nation’s name she uttered receiving its own share of resounding cheers and applause.

For those of us watching the proceedings in real-time, it was hard not to be swept up by the fervor of, say, the Palestinian contingent in the audience exulting when Fadel mentioned their country’s name, or even just the host country’s citizens joining in her exultation over having the Arab Startup Competition being staged for the first time in its history in Lebanon. For all of the challenges that currently rock the Arab world, none of them seemed to matter in this particular setting: as a grand celebration of the promise of the region’s entrepreneurial community, MITEF Pan Arab’s 12th Arab Startup Competition served as a good reminder of the incredible potential for growth, development, and prosperity in the Middle East. 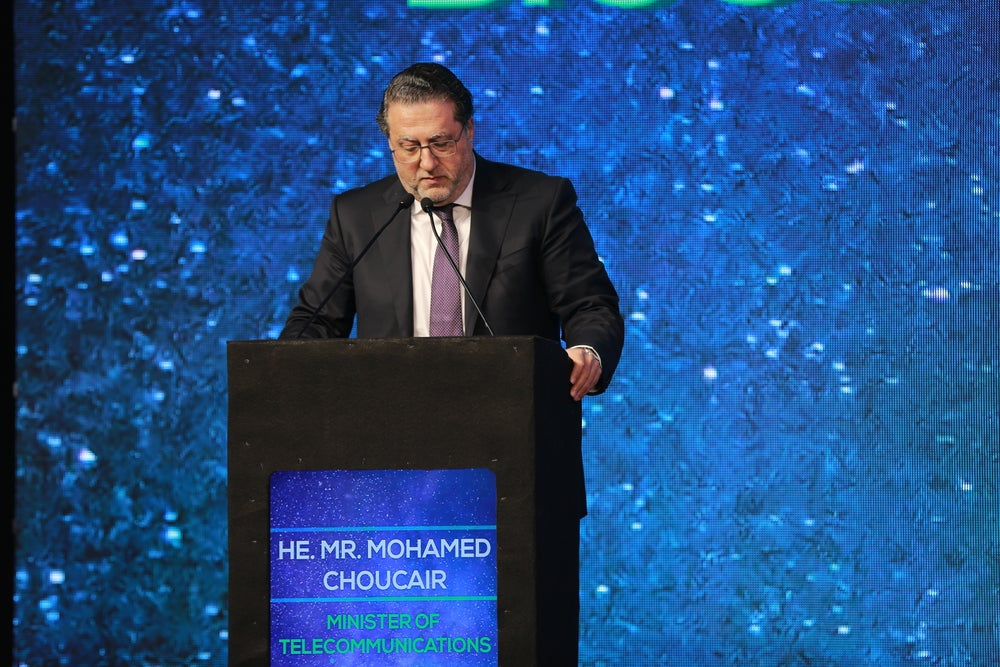 Looking at the numbers the report professes, it’s safe to say the Arab Startup Competition has made a significant contribution to the region’s macroeconomy: for one, it’s estimated that at least 14,000 jobs were created by the startups that passed through the contest, with the vast majority of the newly created employment opportunities requiring skilled resources. The report also points out that the average financials of startups indicate an estimated contribution of at least US$415 million to the Arab economy, with a key driver of this being the Arab Startup Competition’s offering of equity-free cash rewards- this year’s edition, for instance, was giving away a total sum of $160,000 in prizes. But that’s not all the winning entrepreneurs have to look forward to- the report notes that following their graduation from the Arab Startup Competition, startups have also been able to effectively attract further investments (an average of $320,000) in their enterprises.

Now, while these numbers are a great indication of how the Arab Startup Competition has left its imprint on the region, they are also a testament to how this initiative by MITEF Pan Arab has grown and developed since its humble beginnings in 2005. The Arab Startup Competition has received almost 50,000 applications over the course of its existence, with the program having trained more than 2,300 entrepreneurs along the way. MITEF Pan Arab Managing Director Maya Rahal points out that this is one of the longest-running (and not to mention leading) startup competitions in the Arab world, and its appeal can be traced to the various benefits it offers the entrepreneurs joining the contest- which extend far beyond the monetary rewards at the end of it.

“This competition is not only about the cash,” Rahal says. “Yes, people can say they’re in the competition to win the cash prize, but we don’t look at it in just this way- because we don’t think this is only what startups in the region need. Entrepreneurs need to get exposed to investors, to mentors, to potential partners. So, we have corporates meet and interview them. We have VCs and mentors with whom they can build long-term relationships with. Startups [in the region] don't always know where to go for training; they don't always know who to learn from- we provide that mentorship with our pre-boot camp and training sessions. So, this is the main value of what we provide; next to the cash, of course.” 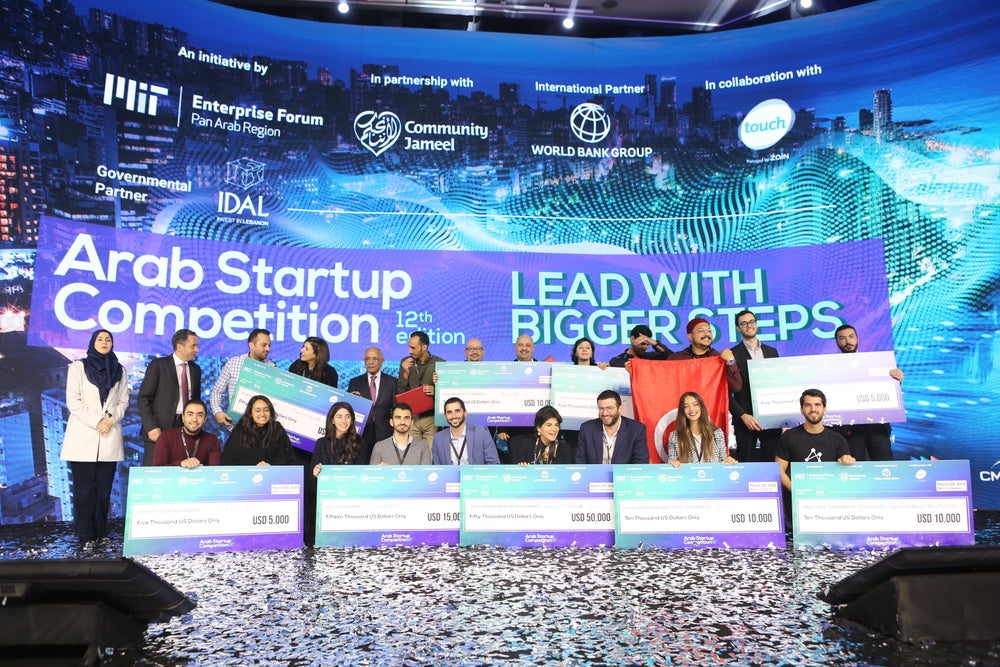 Rahal tells me that this year’s instalment of the Arab Startup Competition saw around 10,000 applications come in for its three different tracks, i.e. Ideas Track, Startups Track, and Social Entrepreneurship Track. 66 of these were then chosen to move into the semi-finalsthis included 19 teams from Lebanon, nine each from Egypt and the UAE, six each from Jordan and Tunisia, four from Saudi Arabia, three from Morocco, two each from Syria, Yemen, and Algeria, and one each from Sudan, Qatar, Palestine, and Bahrain. All of the short listed teams then underwent a two-day preparatory boot camp in February at Zain Innovation Campus in Amman, Jordan, which was followed by training sessions in March that delved into topics like fundraising, marketing, user acquisition, etc. 30 startups were then announced as the competition’s finalists, who then had to pitch and present their enterprises to two different judging panels.

“We’ve had a very good quality of finalists this year- the judges mentioned it many times, especially the loyal judges that join us every year,” Rahal says. “Every year, they say that the quality is getting better and better. The entrepreneurs are more and more aware of what they're doing- they're more on time with their pitches, for example, and they know better what to put in their slides, and how to go about answering questions. A couple of judges said that they would invest in certain startups during the judging processso that’s already a success story for me. Whenever a judge is interested in partnering or investing in one of the startups pitching, that's a winning point for me.”

It’s aspects like these that have enabled the Arab Startup Competition to attract startups to it on a yearly basis, and in some cases, caused them to revisit the initiative as well. For instance, Peter Abualzolof, co-founder and CEO of the Palestine-based startup Mashvisor, got his first taste of the Arab Startup Competition three years ago, and he found himself liking the experience and the connections he made through the program. Based out of Ramallah, Mashvisor helps real estate investors in the United States find investment properties- according to Abualzolof, the process is currently complicated and time-consuming, and his startup aims to eliminate that and make it a much more streamlined (and not to mention, quicker and easier) effort. 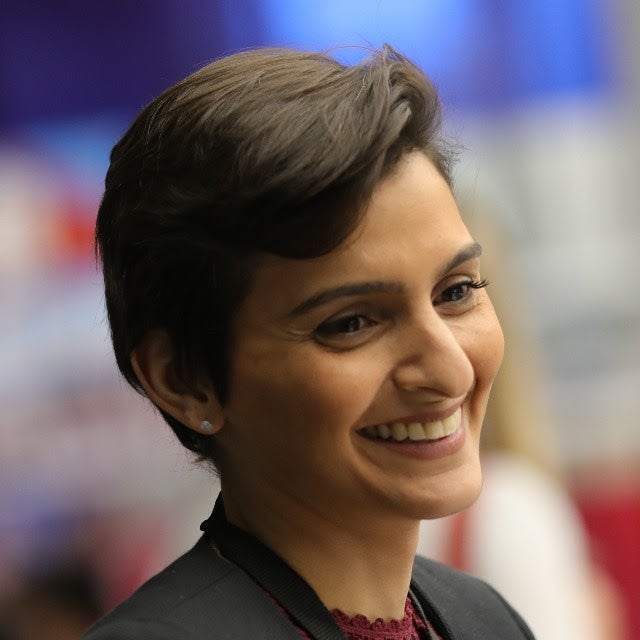 With 21 employees in Palestine, the startup has been able to generate $1.2 million in revenue, with over 100,000 registered users across the US. “We’re now starting our next round of fundraising,” Abualzolof says. “So, we thought, what better way to kick that off than by being part of MITEF Pan Arab’s Arab Startup Competition!” And Abualzolof seems to have played his cards right by choosing this edition of the event to return to- Mashvisor ended up winning $50,000 by securing the first place in the Startups Track of this year’s Arab Startup Competition.

Another of this year’s winners was the Lebanon-based Compost Baladi, which secured the top place in the competition’s Social Entrepreneurship Track. Founded by Antoine Abou-Moussa and Marc Aoun in early 2017, Compost Baladi was established as a response to the waste management crisis that was gripping Beirut and Lebanon at the time, with the social enterprise aiming to help solve this problem by providing products and services that enable local recycling of food scrap, garden waste, and wastewater. 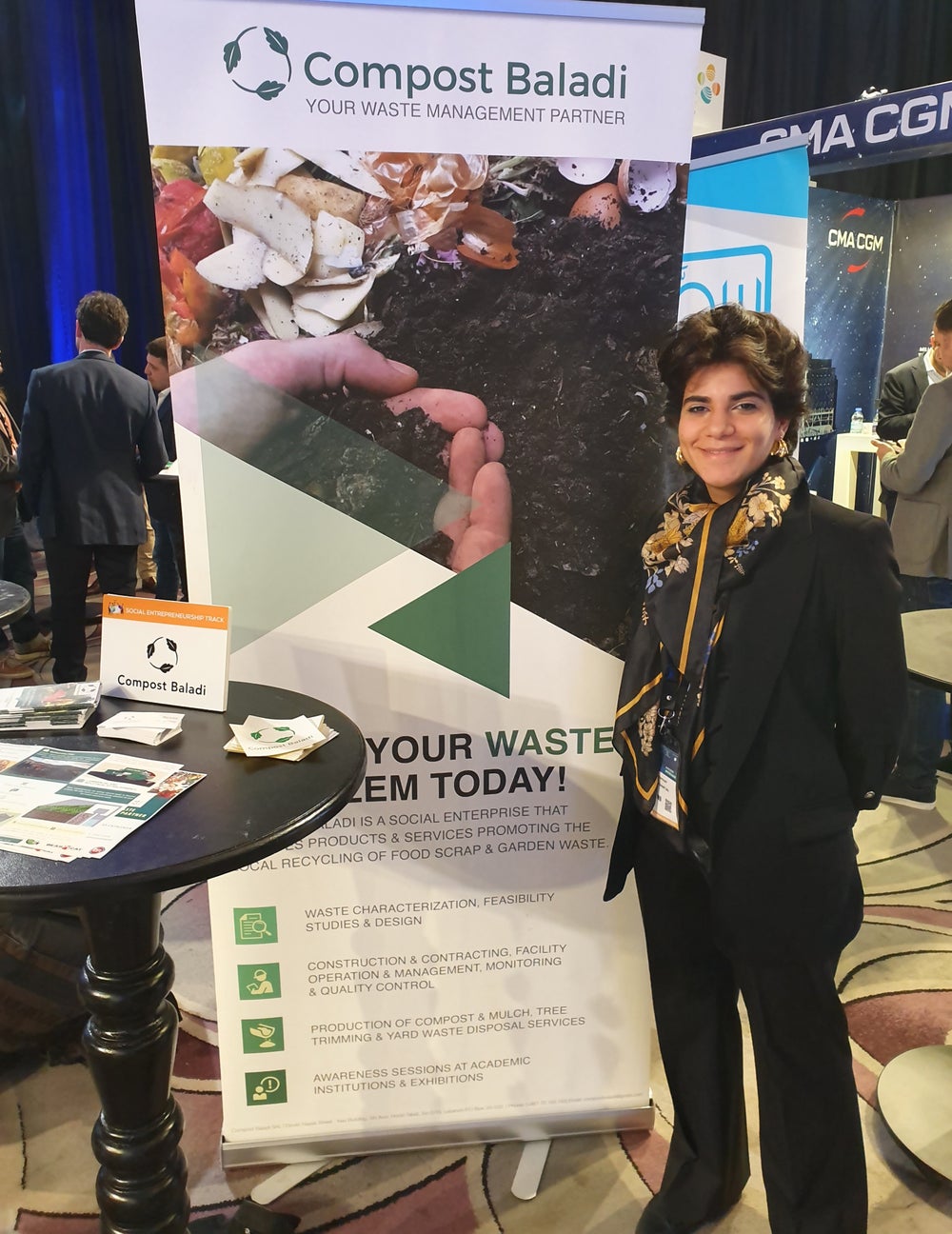 Be it by helping municipalities manage their facilities and operations better, or through the provision of containerized waste treatment systems and products, Compost Baladi has been steadily growing as an enterprise over the last two years, with Project Coordinator Lara El-Gemayel telling me at the Arab Startup Competition that the business had seen a turnover of $170,000 in the last year. “We have, so far, the funding to establish our first composting facility,” El-Gemayel notes. “But our main target now is to tackle restaurants and large producers of organic waste that do not have enough land to manage this… What we would like to do is establish a decentralized waste management solution for them. This prize from the Arab Startup Competition would allow us to establish the infrastructure to accomplish that.” 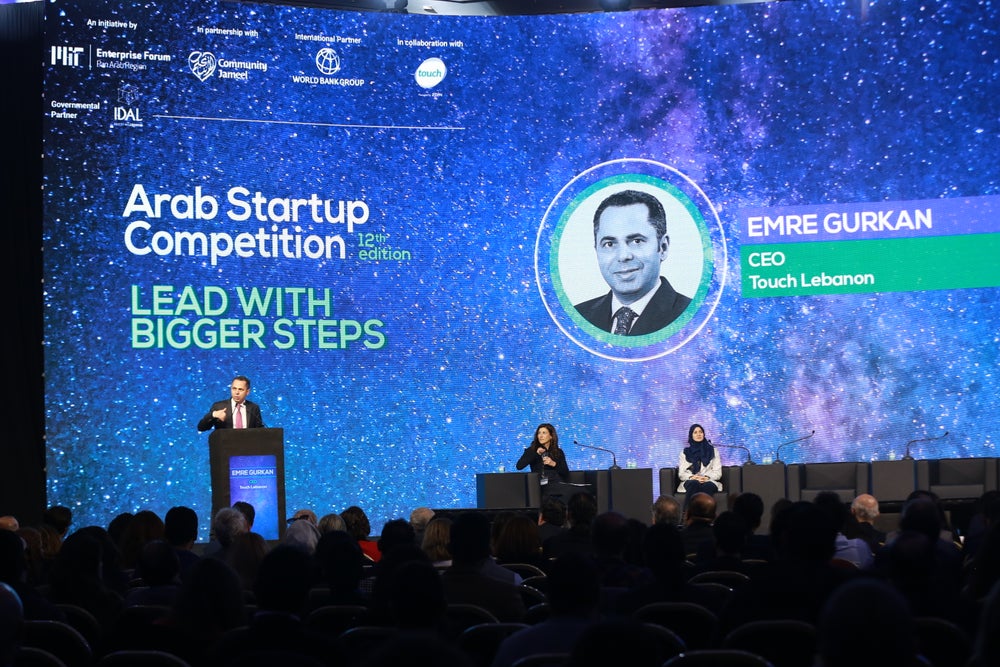 As different as the sectors are in which Compost Baladi and Mashvisor operate, both of the startups agreed that one of the reasons they joined the Arab Startup Competition was for its ability to shine a light on some of the region’s most talented innovators, and help them connect with people and companies who’d help them get ahead with their respective businesses. This is perhaps one of the defining characteristics of this platform put together by MITEF Pan Arab, with its proven ability to enhance the region’s entrepreneurial landscape making it an initiative that stakeholders within this ecosystem need to pay attention to. “Look, it’s very simple- if there is one promise in this region, it’s these people here, these young people,” notes Ferid Belhaj, Vice President, Middle East and North Africa, World Bank Group, while gesturing to the gathering around him at this year’s Arab Startup Competition.

“And what's absolutely marvelous is that whatever constraints are coming from governments and [wherever], you know, these guys are getting through them- going through them through innovation, through creativity, through the huge energy they are putting on the table. So, again, when you look at what's happening here, it gives you strength, and actually, it gives us motivation to really move ahead, and talk to all of the governments with whom we are interacting, and tell them, you know, you need to de-constrain this particular private sector- give people an opportunity to do more.”

At the end of the day, it’s this kind of thinking that MITEF Pan Arab wants to inculcate in people across the societal spectrum of the Middle East, and if the response to its Arab Startup Competition is any indication, then the region is slowly but surely settling into its role as a place where entrepreneurs can thrive. “Every year, there’s a 15- 20% increase in the number of applications to the competition,” Rahal reveals. “We’re also seeing startups working in newer industries and verticals coming out of the region- we see startups working in blockchain, AI, deep learning, machine learning… And this is not normal [for this region]. It takes a lot of courage from the entrepreneurs to do this, because they are trying something new, they are not used to it, and the region may not be that familiar with these technologies. For example, in Lebanon, we don't really have superfast internet, and it doesn't help, the infrastructure doesn't help. But still, you have startups who are trying to hack through the systems, and make it, even with all the challenges that you have in the way.” 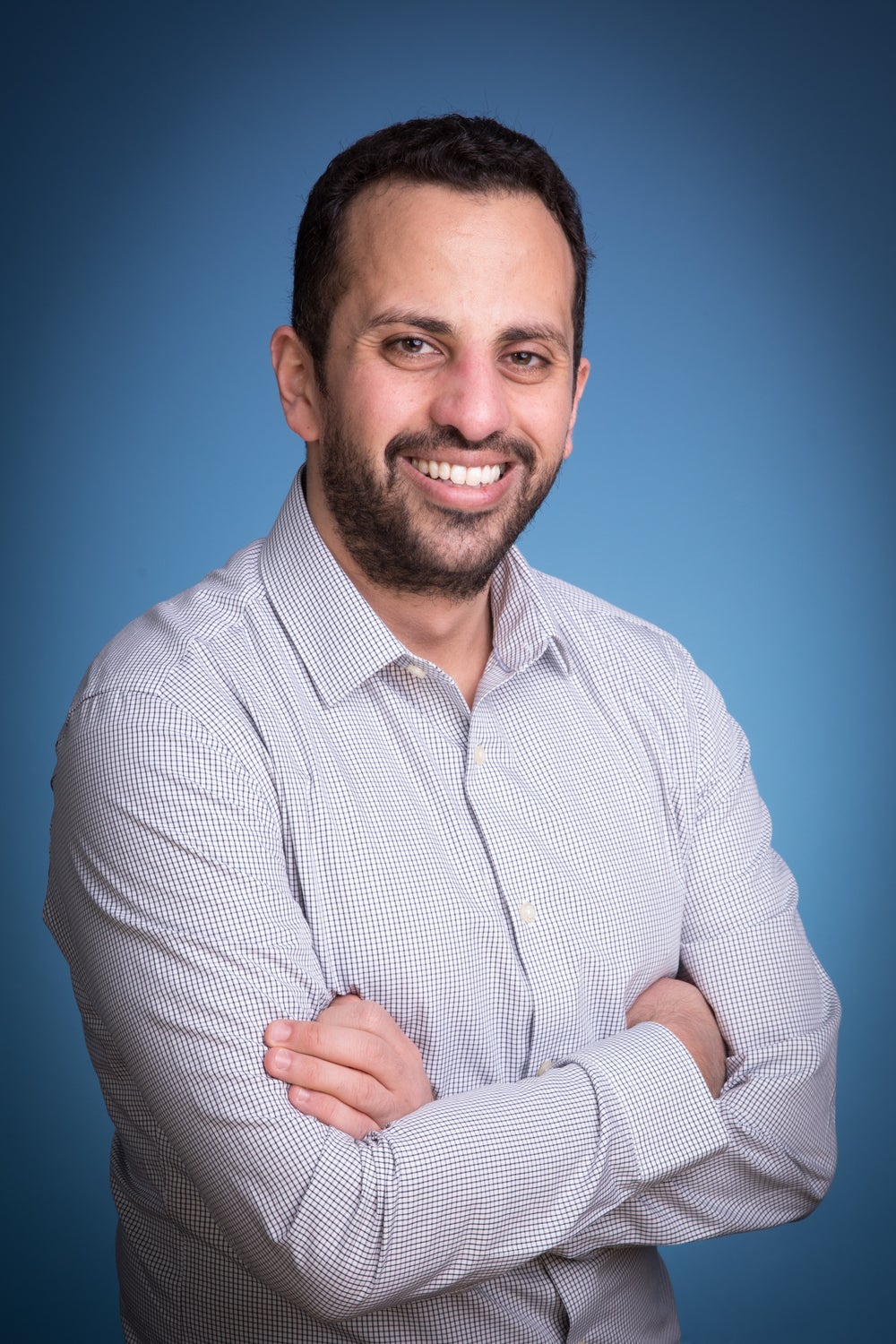 Of course, this drive and dedication shown by entrepreneurs in the region also inspires Rahal and her team at MITEF Pan Arab to do all that they do- and this is feeding into how they plan to grow their reach as well. “We’re thinking of, and we’re fundraising for MITEF Pan Africa,” Rahal reveals. “For now, we are the team who runs Pan Arab, and we are aggressively looking for sponsors and potential partners or corporates who would like to come onboard to launch in Africa, in the whole continent, and hopefully, we will manage to launch it in 2019.” This looks to be a natural evolution of the work that Rahal and her team have been doing, and if the 12 years of the Arab Startup Competition are a forerunner of things to come, then it does seem that we have a lot to look forward to. Onward and upward.

Related: Future Perfect: A Vision For The Next Decade Of MENA Entrepreneurship Ecosystem