Show Me The Money: The Right Way To Invest In MENA's Entrepreneurs

Huge gaps still exist in the Middle East and North Africa's startup funding ecosystem, but substantial recent exits and an improvement in the quality of pitches could be on the way to changing the status quo.

By Megha Merani June 27, 2019
Opinions expressed by Entrepreneur contributors are their own.
You're reading Entrepreneur Middle East, an international franchise of Entrepreneur Media.

Huge gaps still exist in the Middle East and North Africa's startup funding ecosystem, but substantial recent exits and an improvement in the quality of pitches could be on the way to changing the status quo, some of the region's top funders said at the fifth edition of the Enterprise Agility Forum. In a panel, Amer Alaily, Senior Principal at Mubadala Capital – Ventures, Hamdi Osman, Chairman, FundedByMe MENA, Leen Nabulsi, COO, Dubai Smart City Accelerator, and Khaled Talhouni, Managing Director, Wamda Capital, discussed the gaps in entrepreneurs' access to capital in the region.

“We're still missing big chunks of the funding ecosystem,” Wamda's Talhouni told the forum. “I think clearly if you just look at the amount of capital available to deploy this year versus last year and the year before, there's an exponential shift and that's increasing very rapidly. [But] I think a gap still persists. You're seeing a lot of capital rush into Series A and Series B, but Series C is still a bit empty, and then later stages are totally empty.” Talhouni added that while capital is flowing through the market, a lot of it is “government or quasi-government funding” that typically comes with a national mandate to deploy the capital in country. 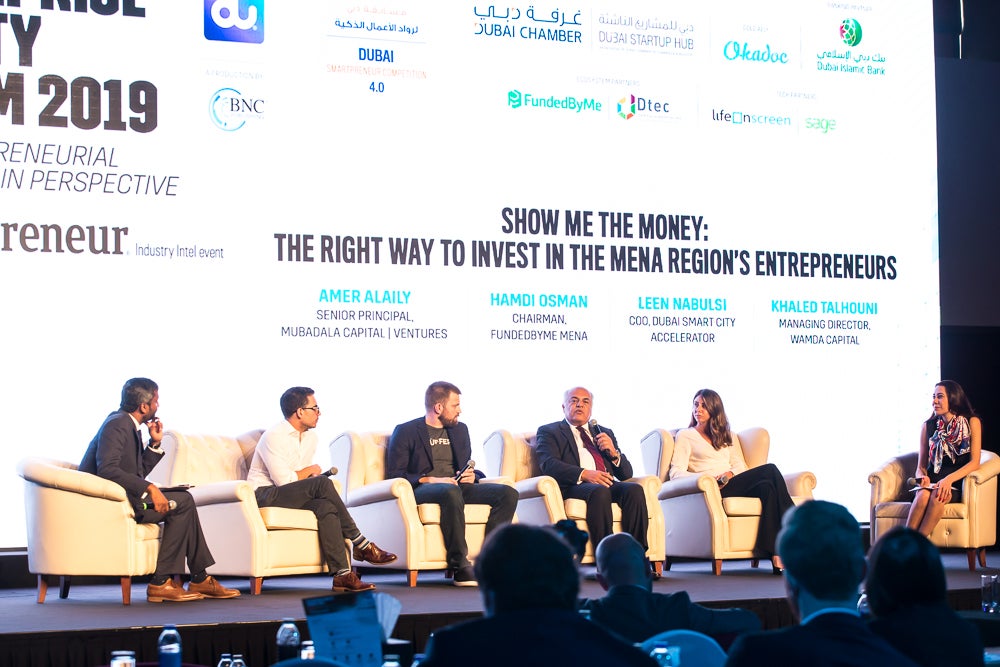 “The issue with that is most of the time companies that are able to scale in the region are not local. They are by definition regional and they have to operate in multiple geographies.” However, with news of big acquisitions in the region by global tech giant, FundedByMe MENA's Osman says he believes Dubai will soon attract not just more investment but also entrepreneurs seeking funding. “Lucky for us now with the Uber and Amazon deals, it will help more startups from outside the region to come in and Dubai can become the hub for investment for our region,” he says.

Meanwhile, the panelists added that they have also witnessed a “significant” shift in the quality of pitches they receive as the ecosystem matures.“When we started this fund five years ago we'd get pitches for all kinds of things- most entertaining was probably for a cement factory in South Sudan,” Talhouni recalled. “But [we've gone] from that extreme, all the way to great companies like Careem, for example, [and] how often those left-field pitches are coming in is decreasing.” Mubadala Capital's Alaily added that the quality of pitches he sees is “extremely good” and “impressive when you're comparing what we see here to what we see outside the region.” “They're on par to some extent. [But] obviously we have some areas we need to work on.”

Related: Turning The Tide: Growth Hacks For When Business Is Bad

How to Make the Most of Fundraising In 2022