External affairs Minister Dr.S. Jaishankar along with his Chinese counterpart Wang Yi turn up at the 2nd meeting of the India-China High Level Mechanism on Cultural and People-to-People Exchanges 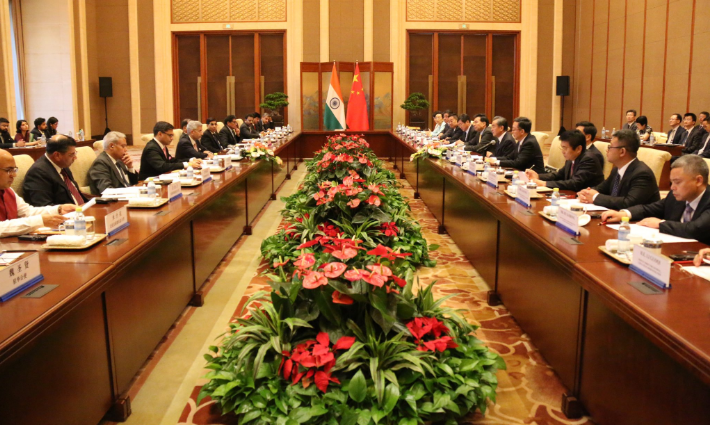 Minister of External Affairs S.Jaishankar is on a three-day visit to China. He called on Chinese Vice President Wang Qishan and held talks with Wang Yi.

During his bilateral meeting with Wang, Jaishankar  said " it was important to ensure that bilateral differences should not become disputes and emphasised that the future of the ties will depend on the mutual sensitivity to each other's concerns".

In respect to the Kashmir issue, External Affairs minister told India's decisions on Jammu and Kashmir are the country's "internal" matter and have no implication for either the external boundaries of India or the Line of Actual Control (LAC) with China