Downloaded by more than 300 million people globally, Duolingo is determined that you continue to learn your chosen languages, even inspiring Internet memes based on its persistent notifications for you to study.

By Pamella de Leon September 22, 2019
Opinions expressed by Entrepreneur contributors are their own.
You're reading Entrepreneur Middle East, an international franchise of Entrepreneur Media.

If you’ve ever received push notifications such as, “Learning a language requires a little practice every day,” to “These reminders don’t seem to be working. We’ll stop sending them for now,” and finally to “You made Duo sad,” then you would probably know about Duolingo, a renowned US-headquartered language-learning platform known for heavily utilizing gamification to engage users, which includes everyone from Bill Gates and Jack Dorsey, to Syrian refugees in Turkey and Jordan. Downloaded by more than 300 million people globally, that plump green owl, the startup’s iconic mascot, is determined that you continue to learn your chosen languages, even inspiring Internet memes based on its persistent notifications for you to study.

One of the leading executive forces of this fast-growing tech education venture is Chief Marketing Officer, Cammie Dunaway. Dunaway’s path to the startup world after years of ascending the corporate ladder may seem to be an unexpected leap, but one that she describes as a natural transition. With more than 25 years of experience as a seasoned executive, Dunaway has led marketing and general management of prominent brands such as Frito-Lay (an American subsidiary of PepsiCo which manufacturing snack foods) in various sales and marketing positions, Nintendo as Executive VP of Sales and Marketing, followed by Yahoo! as CMO, and KidZania as US President and Global CMO, besides being on the public board of directors of various entities. With a business administration degree from the University of Richmond and an MBA from Harvard Business School, the American marketer’s background spreads across digital, consumer products, entertainment, technology and retail industries.

So, what prompted her jump to a startup venture? “I wanted to put my heart and my energy into helping grow a company that makes a difference in the world, and it’s important for me to work with people who are smart and passionate,” Dunaway replies. “Duolingo has both of those qualities in spade.” The venture’s mission of making education free and accessible for everyone was a major factor towards her decision- in fact, in July last year, she was Duolingo’s first official marketing hire since its launch in 2011, an indication that the tech education venture is ready to boost its marketing efforts. 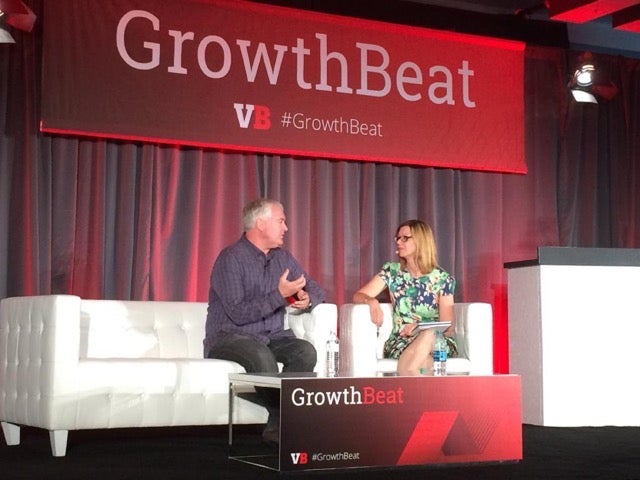 The CMO now leads a team of 11 people across marketing, PR, and community, who are working towards the lofty goal of making Duolingo a household name. Working in a startup comes with key differences compared to larger companies, and Dunaway calls it a rewarding experience, particularly the culture of encouraging innovation amongst employees at all levels of the company. “When someone has a good idea for a new feature or product, there are real opportunities for those ideas to be heard, and ultimately, implemented,” says Dunaway. “In general, things move much faster here, relative to larger companies with more complex team structures and organizations.”

Related: How To Choose The Right Digital Marketing Agency For You In The Middle East

Valued at US$700 million, Duolingo has raised $108.3 million, with its most recent funding round being Series E in July 2017, according to its releases. Duolingo’s revenue in 2018 was US$36 million, with 2017’s revenue at $13 million, and its investors including Union Square Ventures, Kleiner Perkins, NEA, Capital G (formerly Google Capital), Drive Capital, Ashton Kutcher, and Tim Ferris. It offers over 30 language courses, including Latin, Navajo and Gaelic, as well as two fictional languages (Klingon from the Star Trek universe and High Valyrian from HBO-hit Game of Thrones), recruiting the help of volunteers to help produce more courses.

With 180 employees, the enterprise has debuted a partnership with live streaming gaming platform Twitch, wherein selected multilingual streamers help you learn a language faster, bringing another immersion experience to study a language. Plus, it also recently launched the Arabic course for English speakers, along with more courses for Arabic speakers- which Dunaway says, has proved to be extremely popular, as it reportedly reached over half a million learners within less than two months of launching.

Dunaway points out that Duolingo scaled to over 300 million total learners without any paid marketing- a rare feat for companies to achieve, but one that speaks of the startup’s organic user acquisition through strong PR and word of mouth. Since joining the team, Dunaway comments that she’s been focused on three aspects. First, on branding and marketing, which included creating a set of unified and consistent brand guidelines. Since Duolingo has only recently begun to do marketing, Dunaway states that the challenge is in educating people internally about topics like brand positioning, and how components of marketing are executed and measured, among others.

Second is on performance marketing to boost their efforts in paid user acquisition, particularly on Facebook and Instagram; and finally, on international expansion, which kicked off with hiring key marketing managers in vital markets like the UK, China, and most recently, Mexico, all of whom have brought localized knowledge and expertise.

As someone with her experience and role, Dunaway points out that throughout her career, there’s been one element that guided her along. “One principle that has served me well is to resist the strong pull of other people’s expectations and definitions of success, and try to stay centered on the true north of who I am, and what is most important to me right now,” she reveals. “At critical times, I stop to ask myself what my heart would regret if I looked back a year from now, and it had not happened.” She also recalls that at the beginning of her career, she aimed to “get as far as I could, as fast as I could.” 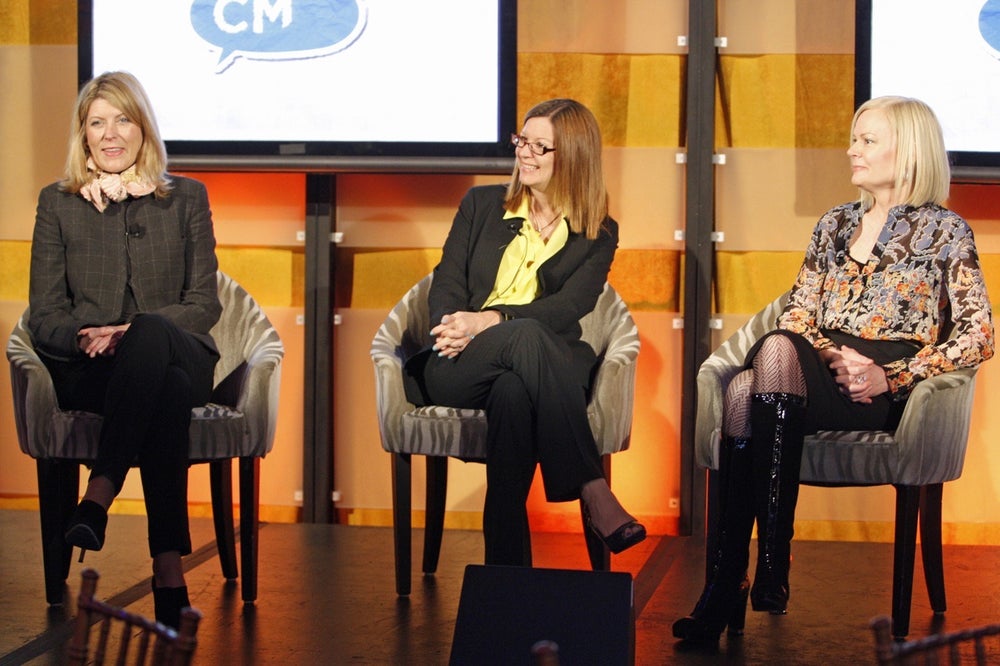 While at other points of her career, she sought role models, challenging assignments, as well as shifted her goals around to balance family and work. At one point, she also worked part-time to help her husband start a business, and at another, she took a summer off to make a cross-country trip with her family. With these experiences behind her, Dunaway offers this advice for women in business: “It is helpful to recognize that your career is a journey, and it is okay for your goals to shift along the way. Have the courage to follow what your heart tells you to do.”

The CMO is also candid on how her leadership style has evolved. As someone who went to Harvard Business School in the late 80s, she admits that they were then taught that leaders were “strong and decisive,” and that they should speak with confidence and know how to invigorate a room to achieve their goals. “Early in my career, I tried to suppress my natural empathetic style, and prioritize logic over emotions,” she recalls. As her career progressed, she learned to reflect the bosses who inspired her best performance. “I started to realize it was okay to bring my heart to work. I started to observe that when people feel cared for, they are more innovative and produce better results… Today, my greatest desire as a leader is to create an environment where employees thrive, and contribute fully to the success of the company.”

As a leader, her aim is to take the time to get to know her team as individuals, including their aspirations not just within their career, but for their other goals as well. She lists a few simple actions such as starting staff meetings with people sharing their personal and professional wins, and making personal goals as part of their development plans and discussing them frequently. Coffees and lunches with employees are also one of her to-dos, as she wants to try to be transparent about her career trajectory, so they will comfortable opening up, and takes it an opportunity to build trust with employees. 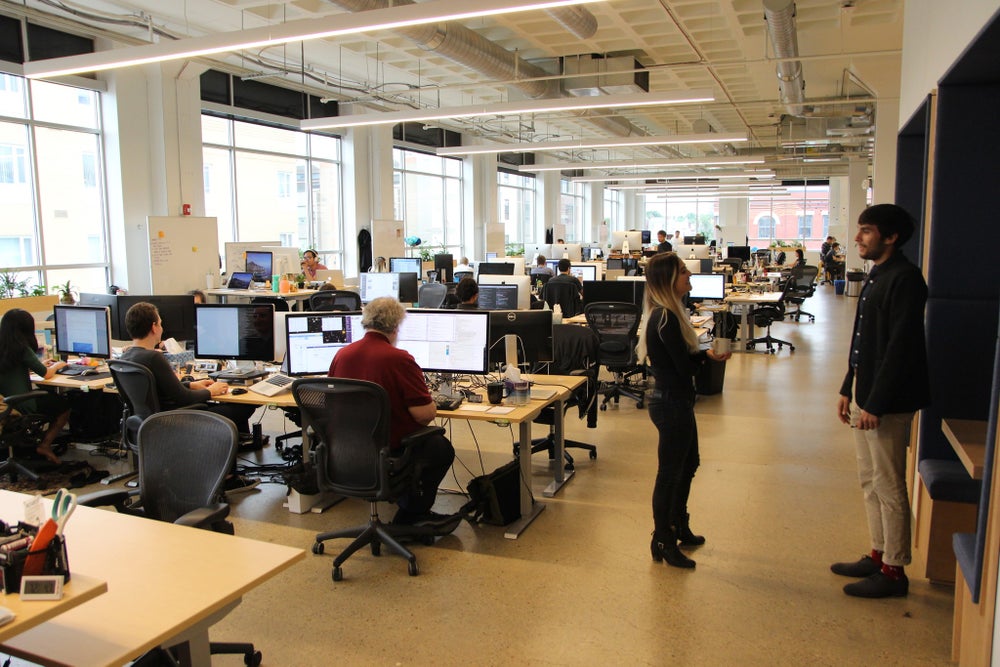 When it comes to encouraging underperforming employees, Dunaway says, “I don’t shy away from having difficult conversations and sharing tough feedback, but I start from a place of caring and a desire to help them do their best possible work.” When employees struggle, Dunaway aims to start from being understanding why- from whether they grasped the goals and expectations, to whether they lacked the necessary training, as well as considering if there’s other factors outside of work that affects their abilities.

As any other woman in business, Dunaway has also had her share of hurdles- she recalls how she has been frequently the only woman in the room, pushing her to “stretch beyond her comfort zone,” being more prepared for meetings, and bolder in asking for more opportunities. She advises others to nurture your communication skills, take initiative and assert one’s confidence. Fostering diversity and elevating women in leadership is a core part of Duolingo’s culture, Dunaway remarks. “Over half of Duolingo’s learners are women, so it’s incredibly important that our team reflects this.”

Last year, Dunaway states they’ve achieved 50:50 gender ratio for their new software engineer hires, and achieved it with this year’s new software engineer hires too, with 70% people of color.  “Both of these milestones involved making some pretty big changes to our recruiting strategy, including making the decision to only recruit at universities with at least 18% of women represented in their computer science departments, in order to reflect or beat the national percentage in the US.” In her current role, hiring without comprising their standards (“especially when that meant that some jobs stayed open for months”) is one of their main hurdles.

“Many times, I was tempted to lower the bar just a little, but the amazing team I have assembled has taught me the value of patience and persistence.” This brings up their next hurdle of creating a sense of team for its employees in China, UK, Mexico, Seattle, New York and Pittsburgh. “There is literally no time of day we can have a team meeting without someone having to get up in the middle of the night!” Dunaway’s team tackles this by scheduling regular in-person meetings, rotating times for weekly team video meetings, and encouraging everyone to keep up with one another on Slack. “As companies become more global and as employees demand more flexibility, learning to lead remote teams is a skill most managers will need to develop.”

Besides Dunaway’s ultimate goal for Duolingo to scale its growth numbers and brand recognition globally, more so, she also wants to focus on the criticality of its core offering. In 2018, Duolingo’s short documentary Something Like Home showcased a glimpse of the impact of language and education on the lives of four Syrian refugees in Turkey and Jordan. This, says Dunaway, is the impact she wants to address.

“I never want to lose sight of the impact that our product has had, and continues to have, on real people from all walks of life,” she says. “As a company, we are incredibly mission-driven, and the fact that we have been able to make a lasting impact on many people’s lives has been very rewarding and motivating. I would love to be able to continue telling these types of powerful, moving stories that give both a face and a heart to the language-learning journey.”