Influencer-turned-Entrepreneur, Ranveer Allahbadia shares the struggles and successes of his transition

Influencer marketing has become a buzzword with almost every second youngster aspiring to become an influencer. While an unconventional career choice, millennial today are looking for satisfaction over the settlement. Following his heart, Ranveer Allahbadia, better known as BeerBiceps, started his journey nearly four years back and today, he is one of the most followed fitness gurus in the country.

Unlike popular belief, Allahbadia’s transition to becoming an entrepreneur wasn’t easy. “People don't take influencers seriously, especially in the startup world. You have to really prove yourself. However, if you treat your influencer tag as a business, you learn a lot of lessons on social media that also apply to real-world business,” he told Entrepreneur India.

In the initial days, Monk-E faced a bit of backlash from the business community because of the assumption "YouTubers are only capable of making videos". In order to prove himself and the capability his venture held, Allahbadia got his close friends, who are also influencers, on board. The agency has since been competing with India’s topmost digital marketing companies that are more focused on maximizing their own profits, even by overshadowing the creators.

Monk-E co-founder & CEO, Viraj Sheth stated, “The biggest motive is to give individual creators their due profits and credits. From what I understood early, not a lot of companies are working in equal tandem with the creators.” He understands that the business of marketing the influencers require more empathy and connect which can only grow with the goal of everyone growing together. 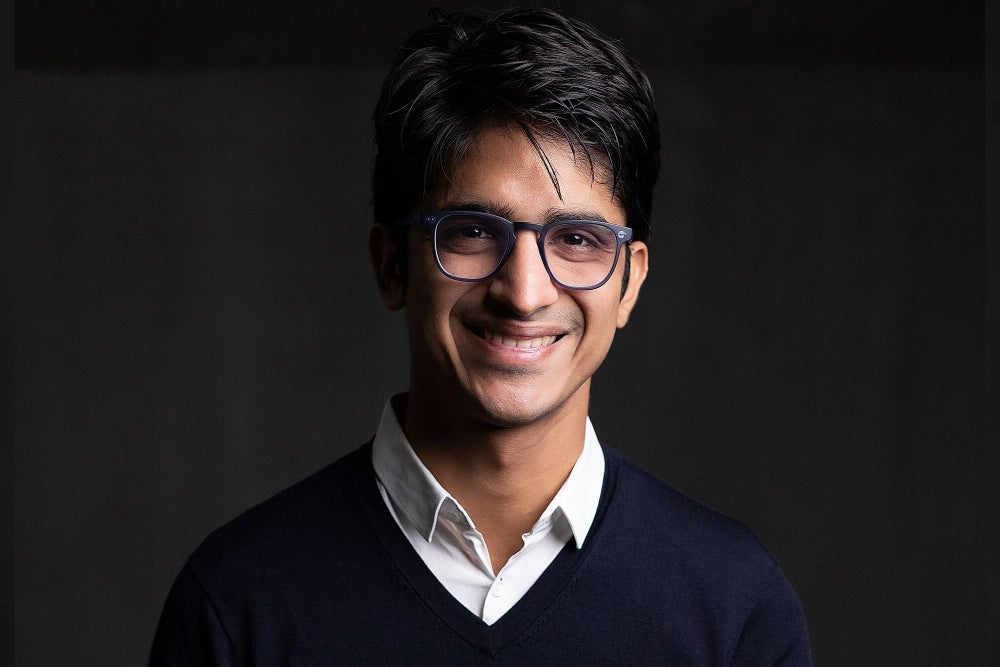 Sheth joined Allahbadia 2 years ago as his manager when the content creator space was at a nascent stage but some content creators had already started making noise. BeerBiceps being such an example himself. Along the course, Sheth realized that various influencers lacked a proper management system guiding them to streamline their work.

Post getting a perspective on a potential business model, the duo started Monk-E in 2018 with the initial investment of INR 100,000. Currently working with 20 creators including Nikunj Lotia aka BeYouNick, Gaurav Taneja aka Flying Beast, Niharika NM, Ritu Rathee Taneja and Radhika Bangia among others, the company has grown 166 per cent in the last financial year.

The company is on-boarding fairly established creators who need guidance and further management. For the rising creators, Sheth advised, “The goal should always be to first build their channel and user base purely with good content. When things eventually pick up, then reach out to a management company for further amplification and back-end support.”

As a social media influencer himself, Allahbadia acknowledges, “Social media gives you a voice in the world. Your opinion is respected way more than it would have been before. You have a lot of impact on people's subconscious mind.” While the job is rewarding but the result comes only after a lot of hard work. People often end up losing themselves in the world of glamour with no personal life whatsoever.

Despite the initial struggle in establishing himself as an entrepreneur, being a content creator has helped Allahbadia understand how brand integration happens better. “Once you work with social media, you understand how to get numbers, who to work with, how to generate sales. So, we use all our knowledge from our time as social media influencers for brand campaigns.”

We often hear content creators complaining about not having much choice while starting out. Monk-E though is very selective about the brands they choose for respective influencers. “We only work with the brands where we can actually add value and deliver the results brands want us to,” Allahbadia stated.

The agency has extensively collaborated with brands like Gillette, Pantene, Nykaa Man, OYO, Nokia, Celio and several others garnering millions of eyeballs via substantial influencer marketing campaigns. It has also conceptualized, strategized and executed several innovative movies and music promotional campaigns for giants like Sony Music and Reliance Entertainment.

True Leaders Know the Value of Having Hard Conversations