The Future of Money: Getting Loans is Now Quicker than Getting a Haircut

Gone are days of waiting for months on end to hear back on loan applications, which only had a 50 percent chance, at best, of being approved - Robocash, a financial technology company that provides consumer lending and marketplace funding, claims it can process loans in up to 15 minutes.

By Aparajita Saxena September 28, 2019
Opinions expressed by Entrepreneur contributors are their own.
You're reading Entrepreneur Asia Pacific, an international franchise of Entrepreneur Media.

Robocash, an instant loan provider, has had quite the journey from Russia, to Manila, Philippines. The six-year old company, made its first foray into Southeast Asia in 2017, starting with the Philippines, and then expanding into Vietnam, Indonesia, and, earlier this year, the Indian online lending space.

Specifically catering to people who may have formal bank accounts, but may still remain underserved by banks, the company says it provides uncollateralised, short-term loans to employed individuals, freelancers, and business owners.

The company operates across Europe, and some parts of Asia, the hotbed for fintech innovation these days. A survey the company did earlier this month showed that the popularity of “P2P lending” in Asia has grown tremendously, outweighing some of the major economies in Europe. In August, it announced that Asian countries had led its growth over the last five years.

We interviewed one of the co-founders of Robocash, Sergey Sedov, about his experience setting up Robocash, some of the challenges he faced, and expanding into new territories. 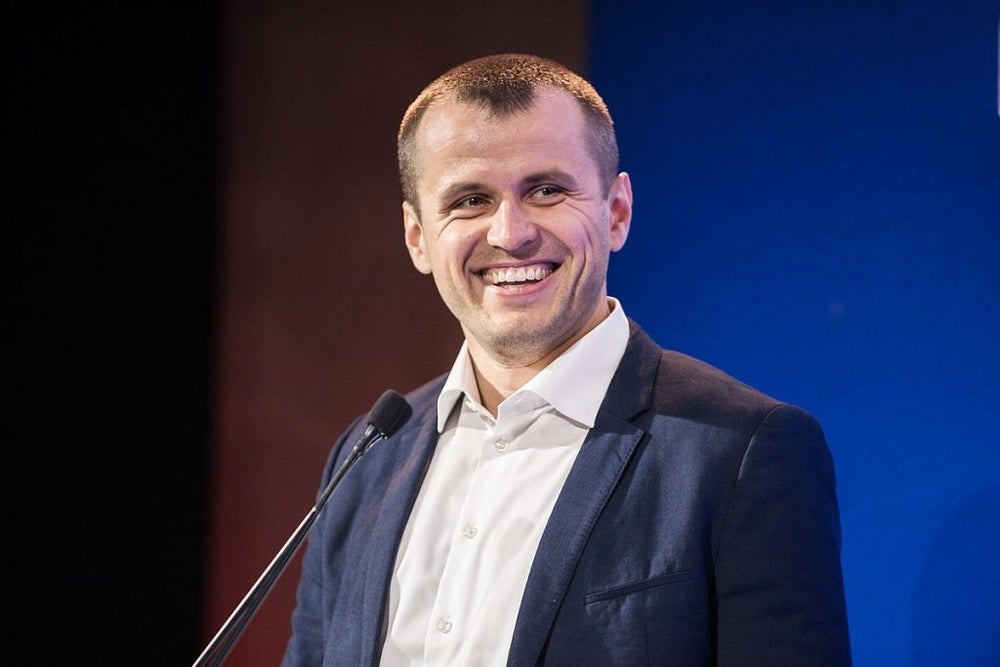 How did you get the idea for Robocash, and why do you think your product is necessary?

It all started in 2010 when I saw demand for fast and simple access to small amounts of money among ordinary people in my native country, Russia. However, increasing penetration of the internet gave me a strong feeling that digital services would lead the way, and it was the right time to catch the wave.

It's funny, but as an owner of a lending company and with the solution in front of me, I didn't even think about online lending first. In a short time, we saw that it was the solution people needed and waited for. The idea proved its sustainability, and by 2016, Robocash was working not only in Russia, but Kazakhstan and Spain.

At that time, I also started looking for opportunities for expansion to Southeast Asia. An acquaintance brought us together with Felipe Jose N. Zamora III, who was looking for more diversification for his company in fintech. (Zamora was the president of Golden Legacy Financing Corp in Philippines)

We started the first negotiations in 2017. The main concern was how Filipinos would accept a payday loan product. However, the low financial inclusion in the Philippines, mainly caused by territorial fragmentation and the need for finance, have played their part. Granting access to finance both for the unbanked and underserved segment, Robocash started to gain momentum. Later, we found that almost every fifth of our customers faces a constant lack of funds because of insufficient financial literacy. That is why, targeting responsible lending, we also try to educate our clients on better financial planning and management of funds.

What were some the challenges you faced in the initial phase of setting up the company, and what challenges are you facing now?

The major challenge initially was gathering a strong team. To find the right people committed to the business like you takes a lot of energy and time. We had a few people who ran the company at different times in the beginning, until we finally saw the strong potential and commitment to the business among one of our employees. Ronnel Mapaye, country manager of Robocash in the Philippines now, joined us as head of underwriting and collection in the very beginning. However, to find an appropriate person to lead the company was not enough. We had to devote a lot of time training and creating guides for our employees to improve their knowledge and skills over time.

Then, there were also some administrative issues with licensing of offline sales outlets and finding reliable vendors to build them. Back in the day, those issues significantly hindered us. However, they also gave us a better understanding of potential risks and bottlenecks to consider when entering new markets.

As for the current challenges, we are aimed at growing the number of our offline branches in places that would be highly accessible for customers. However, it is not so easy as the infrastructure is highly underdeveloped. Then, to keep the dynamics, we are constantly improving our services trying to find new data sources that would help us assess customers better.

What, according to you, are some mistakes made by other startups who failed in this space? How you are trying to avoid them?

One of the crucial mistakes that market players can make is to underestimate the role of tools for the assessment of borrowers. Alternative lending differs from bank lending in the very core of its model. You need to decide on a borrower's application quickly, and consider diverse sources of information for this purpose. To succeed in alternative lending, a company should build an efficient scoring system first. I know a lot of startups, which left the market because they failed to assess borrowers accurately, or tried to replicate banks' approach. At Robocash, we have built our own scoring system designed by an in-house team of IT developers and risk analysts. Moreover, we continue improving our technologies. It’s a continuing process, and each player should understand it.

The second mistake made by many startups that no longer exist is the lack of convenience for end-users, and no response to their preferences and needs. For instance, we have joined all business processes within one comprehensive system in the company. Primarily, it benefits our customers because we can solve most of their issues at the very first request. Also, it makes all processes - from an application to collection - easy and convenient as much as possible.

Tell us two things you think you did right in your initial days launching the company.

The first thing was the focus on customers that we have kept since then. The second was our aspiration to efficiently fine-tune all processes in the very beginning before we started scaling. We follow the same approach in other markets where Robocash works, and it has proved itself there too.

What are two important lessons you learned trying to get into the fintech, or the online lending space?

To start with, any market has its specifics. If you want to succeed, find a good local partner first. Our partnership with Felipe in the Philippines has become a model, which I would like to stick to when scaling the company to new markets. At Robocash Group, we have products, technologies and business models with proven efficiency. However, many things in our business depend on the perception of the product by local people, government, policy, law, etc. It takes effort to consider almost every aspect, and it's hard to get outstanding results if you go global without a reliable partner.

The second lesson is to have a distinct understanding that people need the product you want to offer. Be honest in your aspiration to resolve their problem. Your business has to benefit the current system, society, economy etc. It’s very important. In the Philippines, Robocash serves people who have an urgent need for funds. Traditional financial institutes can't meet their demand because of remoteness, lagging development of the bank system or other reasons.

Who do you consider your major competitor? How you are different from them?

Online lending has become common in the Philippines in the past few years. The support from the government to the development of digital solutions has also significantly contributed to this point. In the Philippines, we keep an eye on about eight players working with us in the same market, but two major competitors are Tala and Cashwagon.

As for Robocash, our customers can take a loan with only a valid ID, no other supporting documents needed. Also, the company is the only one in the Philippines that operates both online and offline. We have 107 sales branches where we can serve people without a bank account. With us, these people get access to finances they couldn’t have before. Finally, we aspire to be the fastest in terms of time needed to process a request. Our service does it in 15 minutes while an average time on the market is about 24 hours.

Any plans to go global?

At the moment, we are working for further expansion of Robocash in Asia, potentially entering Cambodia, Myanmar and some other countries in Southeast Asia.