Allied Investment Partners, a partnership between Al Hail Holding and Future Capital, is raising an AED5 billion fund to invest in products that straddle across the risk spectrum.
Next Article

Ask Shailesh Dash, a Dubai-based entrepreneur and financier, about the MENA region’s economic and investment landscape, and he will not blink when saying that local and international investor sentiment and confidence in the region is high. It is a statement one would expect from Dash who has founded several financial services companies over the last 25 years to promote ethical and socially responsible investments in the region.

However, for anyone out there doubting his words, the veteran of the MENA alternative investments sector has added one more business to this list as proof that he wastes no time to move from words to action. In 2018, Allied Investment Partners (AIP), a private joint stock company that has been in business for more than a decade, was fully acquired by two new shareholders, Abu Dhabi-based Al Hail Holding and Dash’s Future Capital, with an aim to expand the new partners’ global wealth management and asset management business. “AIP has been there since 2007, but it was not a very active business, and we thought that with new regulations coming in [in the UAE], it’s much more attractive to have an onshore business and more regulated business,” Dash explains. “It’s also in line with us helping with what the capital market in this part of the world is trying to achieve. We have never had such a license before [a fully-fledged investment license issued and regulated by the UAE Securities and Commodities Authority (SCA)], and we thought that it is a much more diversified license which would give us an opportunity to do a variety of things we could not do before.” 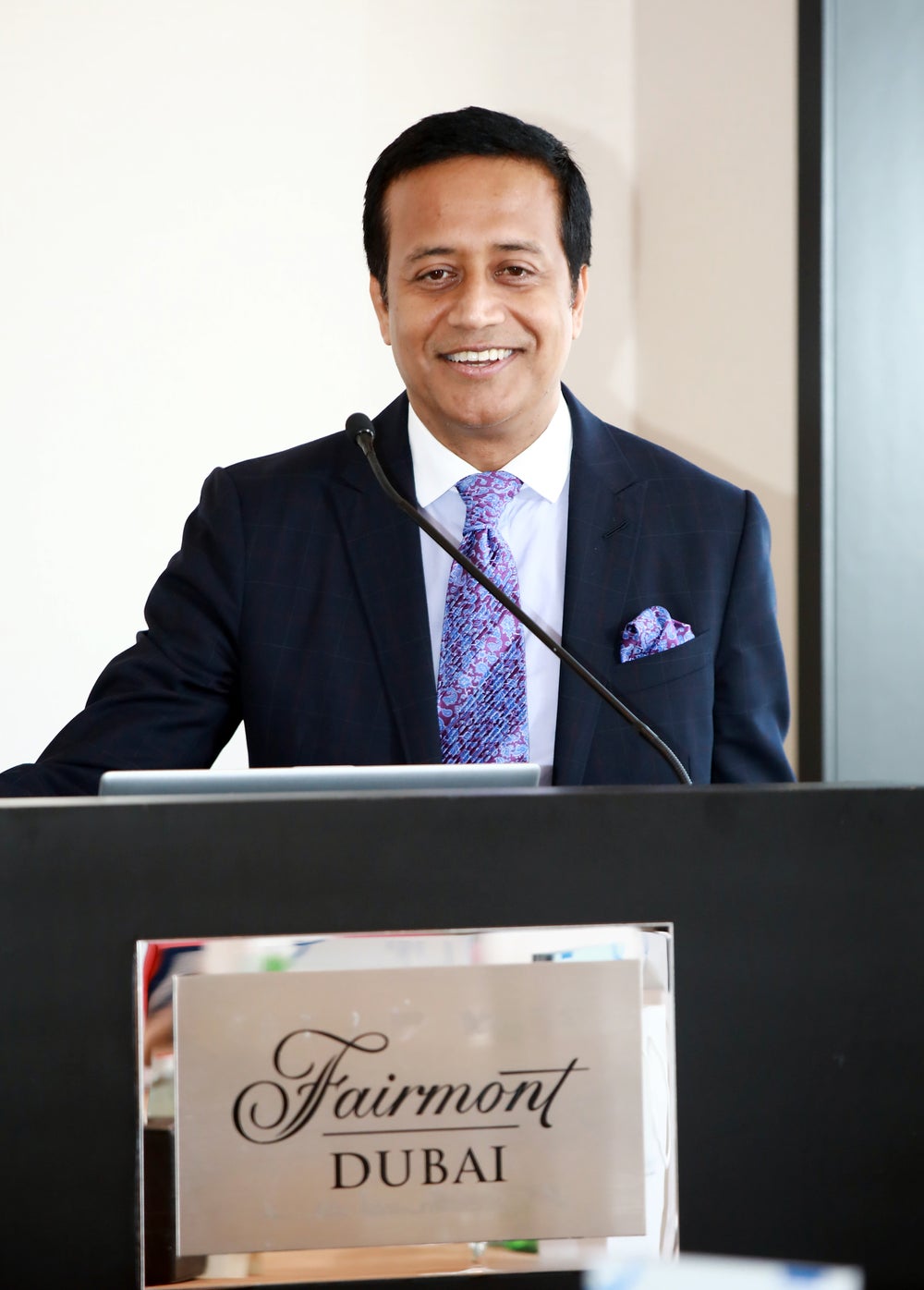 This new UAE-based wealth and asset management firm, Allied Investment Partners PJSC, is the brainchild of Iyad Abu Hweij, who has spent the last two decades leading financial houses in the GCC region, including being one of the co-founding team members at Al Masah Capital, before becoming the Managing Director of AIP. On top of Abu Hweji’s agenda today is raising an AED5 billion fund to invest in a series of products, and position AIM as a one-stop-shop for investors seeking superior returns. “We are developing a new set of products which will be launched later this year,” Abu Hweji says. “These products will enable AIP to further address market demand for safe, liquid, and unique investments across different asset classes.” AIP already caters for a varied set of clients, such as institutional clients, HNWIs and family offices, with a range of its services including asset management, wealth management, advisory, custody, research, and alternative investments. However, the appointment of a new board and the management team led by Abu Hweji has resulted in a new strategy- over the next four years, the AIM team will roll out five diversified investment products, each specifically developed for the needs of a region it will be targeting. The AIM’s new fixed income product will be mainly focused on the MENA region, private capital on the MENA region and South East Asia, trade finance in Sub-Saharan Africa, and infrastructure in the GCC region. Last but not least, its venture capital arm will act as a global fund, but a large portion will be allocated to the MENA region.

Related: How To Get The First Investment In Your Idea-Stage MENA Startup

On the sidelines of the press conference announcing AIP and its new strategy, Abu Hweji talked about exit options available to MENA scaleups interested to take their businesses to the next level- in particular, about what route they should take, i.e. through acquisitions, or initial public offerings. “Over the past few years, we have seen several successful startups, such as Careem, Fetchr, Dubbizle, and others, which today are regional names and companies that have achieved their vision, but now they face growth challenges,” Abu Hweji explains. “On the other hand, US or European markets are more mature than our market here, so given that those big companies have first-mover advantage, and can acquire our local players, since that complements their expansion strategy. We have seen acquisitions by international players who wanted to expand into our region. It would have been challenging for them to start up here on their own, and that’s why they prefer inorganic acquisitions, meaning they buy a local company, rebrand it and expand its skills and offering. I am in favor of that model.” 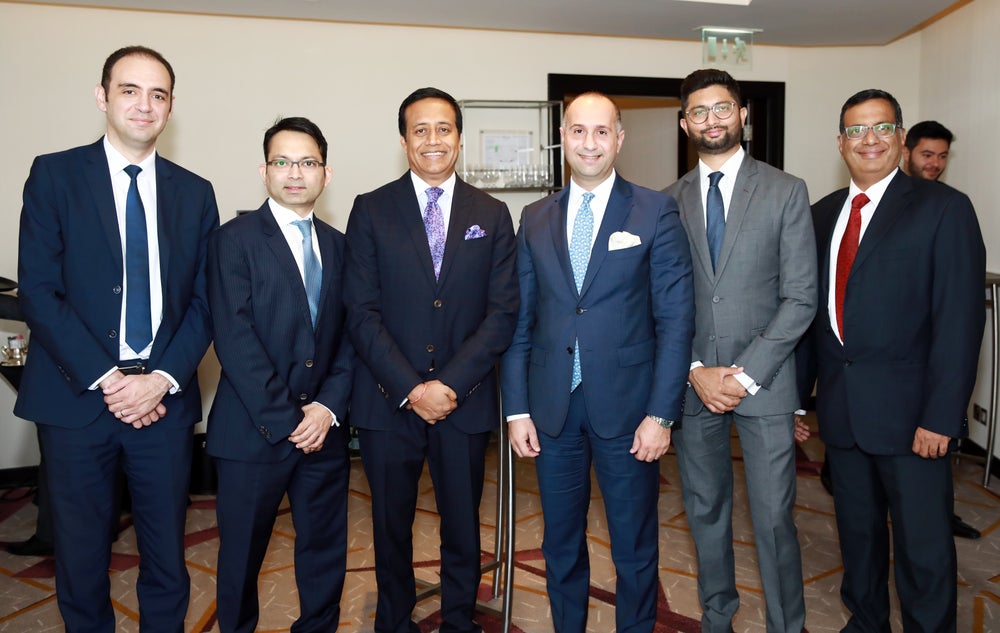 This model, Abu Hweji continues, is in line with the plans of many local entrepreneurs. “Every entrepreneur today is open to bringing new shareholders onboard if their interests are aligned,” he says. “So, the fact that some local entrepreneurs have fully or partially exited means that they have seen some alignment of interests with international players, such as the investors bringing added value to the table, and on how they could grow their business further or take it some other parts of the world. This is how entrepreneurs look at these acquisitions, such as getting that new blood, new support to grow the business, but that, of course, does not mean that local entrepreneurs would not been able to grow their businesses themselves.” While Abu Hweji is wary of advising entrepreneurs to pursue an IPO route in the region at the moment, he also believes that local IPOs will become an interesting option for businesses in the near future. “The market in terms of IPOs is not [in] the right time,” he says. “If you look at the capital markets here, you need to have more volume and more mature markets, but I believe that as we speak, the local capital market is picking up, and maybe in the next period, we will have some IPOs in the UAE. Furthermore, Saudi Arabia has a few IPOs every year, which gives a good indicator as well, so I expect that the UAE’s IPO market will become more active the following few years.”

Abu Hweji’s advice is sound as local and international media report of a long IPO drought on the local UAE market. The last IPO on the Dubai Financial Market was when Emaar Development sold US$1.3 billion in new shares, and Adnoc Distribution listed 10% of its shares on the Abu Dhabi Securities Exchange, the other of the UAE’s two main bourses, in late 2017. In the meantime, local companies have been looking at listing abroad. However, the local capital market is expected to see more activity very soon mainly due to the UAE Cabinet’s decisions to allow 100% foreign ownership of companies in select sectors, raising foreign ownership limits, and launching long-term visas. With that in mind, Abu Hweji advises entrepreneurs to gauge carefully what is best for their business. “You cannot say whether it’s better to opt for an acquisition or an IPO,” he says. “You need to look at what your shareholders require, and you need to balance between the achievements of your company, and what you and your shareholders want. IPOs confirm that there is a value in the company, in what has been built, and that once it’s liquid on the capital market, any investor who wants to exit can sell through the capital market. So, it’s just one of the exit options available to entrepreneurs today. But there is no one choice that can be considered better, since it depends on a case by case basis.”

Related: An Outlook On Fundraising From Middle Eastern Investors

There Is a Bubble In 2021. What Should You Know Before Investing?

How to Detect a Potentially Fraudulent Investment in 6 Steps

Where to start investing without dying in the attempt