Waking Up To The Future Of Banking: UAE Fintech Startups Take On The Challenge Of Financial Inclusion

By Megha Merani
July 29, 2019
Opinions expressed by Entrepreneur contributors are their own.
You're reading Entrepreneur Middle East, an international franchise of Entrepreneur Media.

The founder and CEO of Xpence set out to innovate for financial inclusion to solve the biggest barrier facing startups in the UAE today: setting up a bank account.

Xpence is a digital only business account for freelancers, solo entrepreneurs, and startups, in the Gulf region that combines bookkeeping and banking in one app.

"We are not a bank, but for all intents and purposes we look and feel like one," Ansari says. "We describe ourselves as a banking alternative for freelancers, entrepreneurs, and startups. An Xpence account holder will be able to send and receive funds locally and internationally. They will be able to pay bills like they would with an account from a legacy bank."

The Dubai-headquartered company plans to roll out beta accounts soon for entrepreneurs in the UAE, with plans to expand to other markets including Saudi Arabia.

The key differentiator between an Xpence account and a legacy bank account is that the former includes integrated tools for invoicing, VAT payments, cash flow management, integrated payment gateway, and cashless petty cash. Xpence account holders can get a premium contactless Visa card to pay in-store, online and access funds instantly from ATMs locally and internationally. Depending on the plan they opt for, entrepreneurs can also create physical Visa cards for team members or virtual cards for one-off payments, as well as use the app to instantly adjust limits, monitor expenses in real-time and suspend cards.

"These features allow us to understand our customers better than a legacy bank can," Ansari says.

Entrepreneurs polled as part of Dubai Chamber's study said it took them up to three months to open a bank account in the Emirates. But Ansari says some startups –ironically, including his own– have had to wait much longer. "It took us seven months to open an account with quite a hefty initial deposit," he recalls. "Even then our bank hasn't given us internet access yet! Some fellow entrepreneurs are still struggling even after a year." 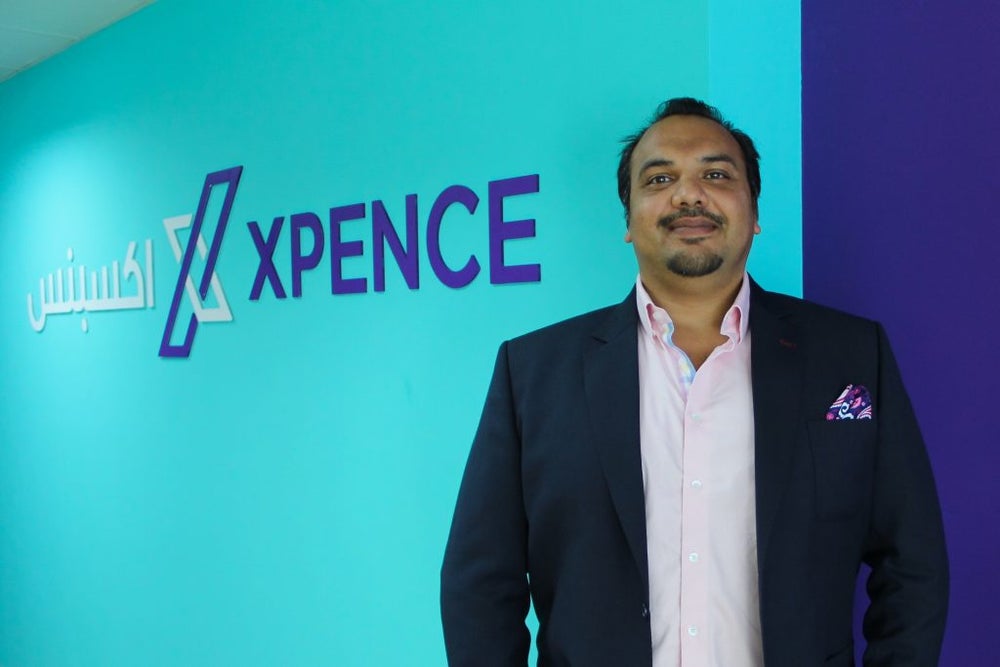 Ansari admits that while some users are still skeptical of his app despite the challenge of dealing with banks, most of the startups signing up are already familiar with the concept of neobanks and challenger banks in other parts of the world. "The greatest cause for concern is safety and security," he says. ""Is my money safe?' is what prospective users typically ask. The response is always the same. Our users' funds are held securely in a ring-fenced account with a local bank. This means even we cannot access the funds. Secondly, we are regulated by the Financial Services Regulatory Authority – Abu Dhabi Global Market, which is one of the UAE's financial regulators. Simply speaking, there is a big brother overseeing everything we do and ensuring that Xpence users are protected."

He adds that Xpence also has state of the art security measures in place, which meet international standards such as the Payment Card Industry Data Security Standard, as well as insurance coverage. Most importantly, while Xpence does not guarantee everyone an account –no one can do that, Ansari adds– in most cases, entrepreneurs can expect a response within 30 minutes to 48 hours.

Meanwhile, another innovative fintech startup is addressing the needs of a different large unbanked demographic in the UAE. Dubai-based NOW Money provides bank accounts and low-cost remittance options for low-income employees through a mobile application.

"Due to the high-cost base of supporting a branch network and lending based business model, traditional banks struggle to profit from customers who are paid less than Dh5,000 per month," Vaishali Dialani, Head of Communications and Engagement at NOW Money, says.

"As this is 70% of the UAE population, it's virtually impossible for these banks to provide a full banking experience to these people. Whilst banks and exchange houses are moving their focus further away from low-income migrant workers leaving them unbanked, we are embracing the challenges and opportunities of providing them with financial services."

Dialani adds that the growing ecosystem support of fintech companies in the region offering the unbanked population a digital infrastructure for financial services that are vital tools for survival –such as insurance, online remittance, and low lending rates– is definitely boosting capabilities and know-how in supporting financial inclusion. 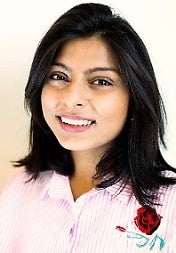 Vaishali Dialani, Head of Communications and Engagement at NOW Money

The NOW Money app also operates a marketplace for remittance, which enables users to access multiple exchange houses in order to pick the best market rate. "Instead of making long trips to ATMs and exchange houses, users can send money and manage their finances any time, any place, from the NOW Money app," Dialani says.

"The access to better FX rates it offers will improve the lives of the more than 4.5 million low-income migrant workers in the UAE, and more than 25 million across all GCC countries." NOW Money's interface is available in eight languages and designed to be usable even by illiterate or semi-illiterate users.

"The most unrealistic requirement I hear of from majority of my clients is that banks demand to maintain an exorbitant average balance or face monthly fines," he says. "Banks fail to understand that a new entrepreneur spends a huge investment in the incorporation of the company and its initial costs, and expects them to fund the account from month one."

But Sinha adds that the increasing pressure of compliance has made more demands on banks to be stricter and perform thorough background checks. "Banks in the UAE do not consider startups of any economical value, hence greater challenges arise to get them to prioritize the account opening process," he explains. Sinha adds that startups can still cover some basics to increase their odds with the banks. 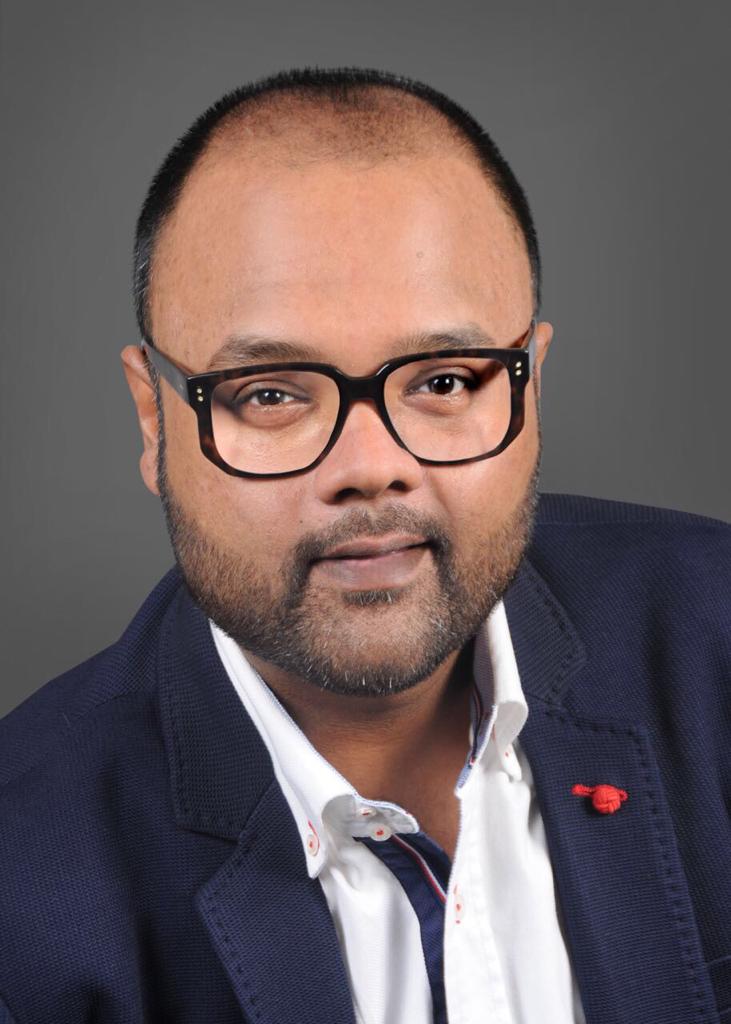 "Choose your jurisdiction and business activity to incorporate your company wisely, and be fully transparent with them by showing a robust business plan when setting up your account," he advises. "In addition, prepare a professional company profile and website, which will help banks to onboard you as a client. Banks also need to be assured that the source of funds are legit and do not involve any sanctioned countries."

Xpence's Ansari adds that he does also see the challenge from the banking sector's perspective. He says: "The reality is that most startups will have a low account balance, and the majority will fail at some point. So, legacy banks probably look at the cost of acquiring and on boarding these startups compared to the life-time value for the bank."

But one infuriated founder insists that banks simply shouldn't advertise accounts for startups then.
"You do get the feeling that the banks really don't want start-up business but they are advertising it because the government is pushing initiatives around startups," he says, speaking on the condition of anonymity.

"They make it as painful as possible so you go somewhere else. Startups are a risk. But when a bank calls you a high-risk company when you are asking to deposit money with them, it shows they just don't get it. We are giving you money, not the other way around – there is no risk for you."

The founder, who says he took nine weeks to set up his bank account, says he wasn't convinced by the reasons for the delay. "Around five weeks after we had submitted the application, the bank came back asking for my LinkedIn profile to confirm my identity– as if that is a definite way to verify someone as legitimate," he recalls.

"While it did make me chuckle it was also very stressful because we had significant invoices we couldn't send out because we were waiting on a bank account to get paid. It stretched our resources and made us look a bit unprofessional.

"The most telling was the lack of transparency. We went into one branch of a bank, closest to our office, they wouldn't open our account without a minimum deposit of AED250,000. But then we went to another branch of that same bank in another part of town much farther away and their minimum deposit was AED50,000."

Ansari also recalls funny moments from his experience. "When we were opening our bank account, we were asked to confirm that we do not deal in blockchain," he says. "This gave us quite a good laugh at the office. We did ask for an explanation but none was forthcoming. However, I think the bank's concern was cryptocurrency. This just demonstrates that the banks don't understand the innovative business models that entrepreneurs are devising today."

Waking up to the future

However, Ansari believes legacy banks will eventually wake up to the needs of entrepreneurs.

"So, we are not competing with them on account opening," he says. "The competition is in the overall experience the users have with Xpence versus that with a legacy bank."

Based on Xpence's market research, he adds, the majority of entrepreneurs with bank accounts say that they would not recommend their bank to other entrepreneurs.

Elon Musk Might Not Respond to Your Texts, Even When Offering Him Billions — And Other Fascinating Moments from the Twitter Court Case Text Dump