Taking a bite out of the opportunity in the alternative transport market is Egypt-born startup Halan.

Aside from private cars, taxis, and other four-wheeled vehicles, an ubiquitous sight on the streets of Cairo (and in other parts of the MENA, as well as the world at large) are the three-wheeled tuktuks and two-wheeled motorcycles to navigate daily traffic- and taking a bite out of the opportunity in the alternative transport market is Egypt-born startup Halan. The ride-sharing app for tuktuks, motorcycles, and tricycles -a first in the region- was launched in November 2017 in underserved communities in Cairo where roads tend to be too narrow for cars, and provided a cheaper alternative to cars and buses.

It grew across Giza, Alexandria, Minya, Luxor and Qalyubia governorates, and expanded to Sudan in 2018. It also offers on-demand logistics solutions to support large organizations and small businesses alike in their distribution and supply chain. Founded by Mounir Nakhla and Ahmed Mohsen, the former had the lightbulb moment when the idea was proposed to him by one of Gojek’s seed investors.

After meeting Nadiem Makarim, the CEO of Gojek, a startup that has been dubbed Indonesia’s first unicorn venture and has grown as an on-demand tech company for the transport, payment, and food sector, Nakhla was inspired from its success, and saw potential for a similar impact in Egypt. With Egypt’s population of more than 100 million, internet penetration, fast-growing sales of smartphone devices and a growing use of mobile apps, all the elements were positive, he notes.

“Transportation is one of the fastest ways of acquiring customers by solving a real need, and we wanted to be the app of choice for the underserved,” he says. “Egypt has north of 700,000 tuktuks already operating as taxis, and just over 1.5 million two-wheeler vehicles, used for both personal transportation and for delivery services, and this is where Halan comes in.” 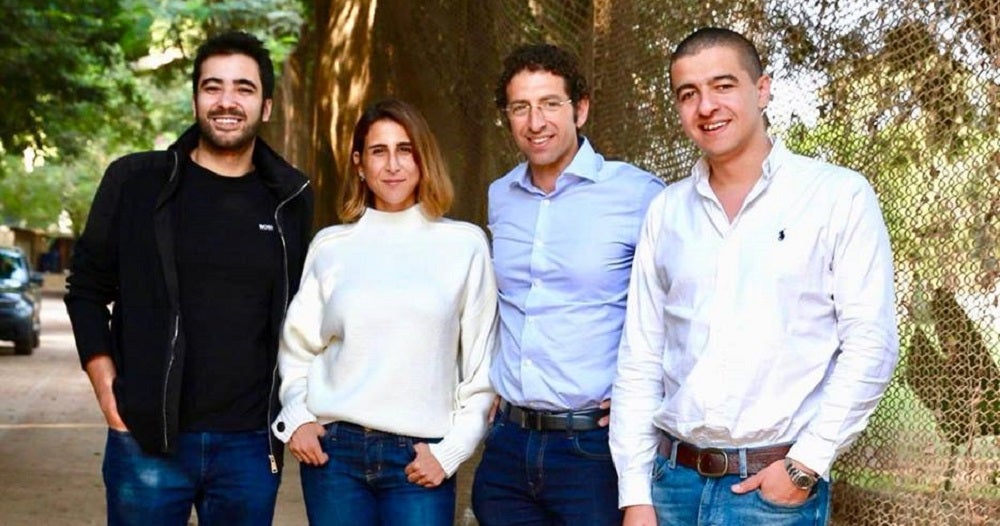 The founder and CEO is no stranger to working with Egypt’s mobility scene and underserved communities- he co-founded Mashroey, an Egypt-based light transport financing business, and Tasaheel, an Egypt-based micro-financing venture, which Nakhla says, has served more than 1 million customers combined. And the rest of the founding team are veterans in the transport field too: co-founder and CTO Ahmed Mohsen has published several papers in IEEE on AI, was part of the founding team and a shareholder in SecureMisr, a security consultancy company in Egypt, and founded MusicQ and CircleTie.

Plus Mohamed Aboulnaga, Careem’s former Regional Director and Fawry’s Business Development Manager, joined as co-founder and COO. They also have key members who have worked previously with Uber and Ghabbour Auto, which has resulted in a team that is comprised of “technically very competent, passionate, creative, results-driven individuals with a high work ethic. Each one with a unique strength, that when brought together make for an unrivalled team.”

After launching in 2017, Nakhla says that the company was doing around 50,000 rides by March 2018, and they closed their Series A round in the same year in a round co-led by Battery Road Ventures Holdings (BRVH) and Algebra Ventures. As for their funding, Nakhla put in 20% of the seed capital, and raised the rest from Raouf Ghabbour, founder of GB Auto, as well as BRVH.

According to Nakhla, Halan has so far raised single-digit millions in total, and are currently in the process of their Series B funding round. The company’s business model involves taking a percentage of the ride fare as commission. Currently serving more than 100,000 customers, Halan has exceeded 10 million rides and operates in around 20-25 cities in Egypt and Sudan. As for its on-demand logistics offering, Halan is currently partnering with prominent names in the fast food industry, including McDonald’s, KFC, Pizza Hut, Hardees, and many more. The startup has also been recently awarded Fastest-Growing Mobility Solution in the Market during the second edition of the E-Commerce Summit in September this year.

Related: UAE App CAFU Brings The Fuel To Wherever You (And Your Vehicle) May Be 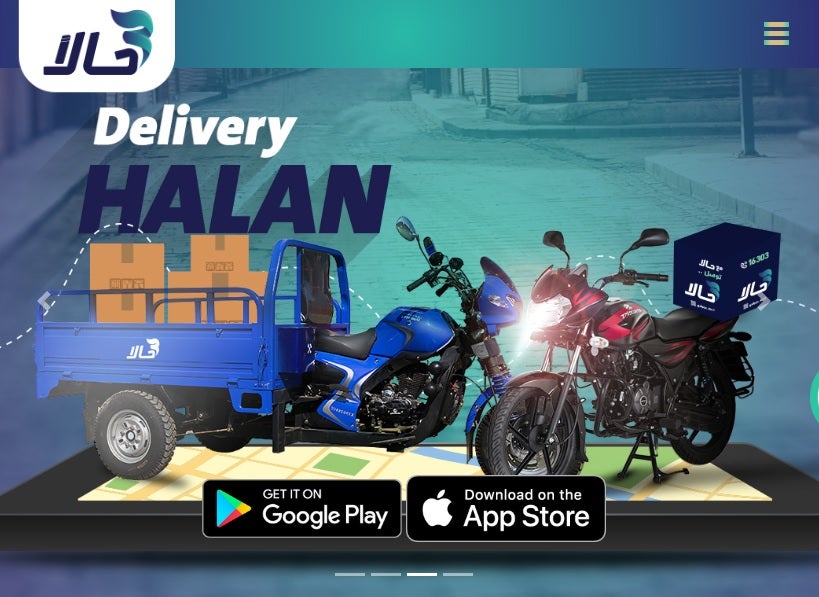 With respect to the tech startup’s initial process on onboarding tuktuk drivers to utilize the online platform, though that may seem to have been a challenge at first, Nakhla recalls his and his team’s surprise on how seamless it was to onboard drivers, as it was probably due to the widespread usage of the internet and smartphones. “It is important to note that ride-hailing is already an integral part of our culture. What Halan did was organize it and ensured a safe and reliable service for its customers.” However, Nakhla says that the biggest hurdle has been adapting to the “very fast-paced growth, building an organization that can support it and promote further growth, while introducing new verticals and business lines.”

With Egypt’s market, Nakhla says they’re set on building “multiple verticals on the back of mobility” to address consumer needs. Focusing on this seems to have been the strategy as well as the startup expanded to Sudan in 2018. “Sudan, hit all the right boxes: a large population size that is mostly underserved, and a big fleet of two and three-wheeler vehicles. It was also easy from a UI point of view, since the language is the same.”

The company’s tactics to cater to Sudan’s market differed as they faced different issues- the founder and CEO says they had to adapt and maneuver around restrictions in general, and specifically to those on online marketing and social media. In Sudan, the company has gone ahead with a lot of direct marketing, such as on-ground activations and outdoor billboards in order to raise awareness. “If the political environment was more stable, our growth would have multiplied even further,” he adds.

As a ride-sharing venture, it’s inevitable to compare the startup as it competes to bigger players in the region such as Careem and Uber. But Nakhla believes this is isn’t the case. “While Uber and Careem dominate the ride-hailing space for four-wheeled vehicles, Halan dominates the space for two and three-wheelers. We ventured into this space due to its enormous, untapped potential, and to solve for the great need for safe and reliable means of transportation in communities where we operate. This service is much needed in areas with poor urban planning and villages characterized with many narrow, unpaved streets, where cars cannot enter.”

Oscar Salazar, Uber’s founding CTO, who joined Halan as an investor and board member, also comments, “While everybody is fighting to bring ride-hailing to one billion people in the world, Halan is focusing on the remaining six billion.” But the team is also keen on the positive impact of the success of Careem’s exit as it confirms the value of MENA-born startups. As for competitors in the microtransportation space, Nakhla comments, “We only have direct competition in 30% of our business line, within which Halan is in the lead. We do not have formalized competition in 70% of our business.”

He names two factors as competition instead: tuktuk ownership (which is currently declining), and potential customers who still choose to hail a tuktuk the traditional way. To cope with that, the team aims to make the tech for their service to be the most effective and efficient for the customer. “By improving trackability, we make it safer for women to use this mode of transformation, and users in general to use it at night, and by increasing proximity, we save the customer an average 5-10-minute walk to the nearest main street every time.”

As the startup faces various issues, Nakhla says the one tactic he keeps in mind is, “to do what others don’t, and to go where others have never been before.” As someone who has professed to have had a strong entrepreneurial spirit at a young age, Nakhla says, identifying opportunities comes naturally for him, “I get excited with ventures that serve a large number of people and solve a real need for the people. When it comes to execution, I would build strong teams, but [would] always pay attention to details.”

He reminds entrepreneurs: “What might seem as a big problem can be a huge opportunity- always look for the opportunity.” And what’s next for the startup? Nakhla’s ultimate goal is to become Egypt’s “super app,” with verticals coming up including logistics and payment, to name a few. It’s also expanding to more cities in more parts of Egypt, namely Sharqeya, Daqahleya, Damietta, Qena, and Gharbeya. Plus, they’re also expanding to Ethiopia soon, with tests underway by a team in Adama, a small village away from Addis Ababa, the country’s capital city, and wherein they’re aiming to recruit drivers from before launching countrywide. Keep your eyes on this venture- this is definitely a startup on the rise!

Entrepreneur.com Launches Going Public, A New Show That Will Allow Viewers To Invest As They Watch Entrepreneurs On Their Capital Raising Journeys