Diane von Furstenberg: Every Successful Person Feels Like a Loser (Even Me)

The fashion icon knows that things will go wrong, and that she'll have doubts -- even today! But she says there's just one thing entrepreneurs can always control: themselves.
Next Article Add to Queue

To most people, Diane von Furstenberg is a fashion icon -- the creator of a famous wrap dress, who built her namesake company into one of the most recognizable in the world. But von Furstenberg does not see herself this simply. She believes she’s a constant work in progress, having moved through multiple phases of her career and, even at the age of 72, happily on to the next. The transition hasn’t been without its bumps: She announced a handpicked successor for her company in 2016, but he resigned a year later. (She then picked another.) While she’s still involved in the business, she’s also thrown herself into new work -- dedicating herself to a wide range of philanthropic causes, serving as chair of the Council of Fashion Designers of America, and more. After she spoke this fall at Babson College’s centennial celebration, she sat down to tell Entrepreneur her message for all entrepreneurs: No matter what happens, own it.

Oh, just, you know. You feel like a loser, you wake up and you doubt. So my trick is, I look in the mirror and say, “If you doubt your power, then you give power to your doubts.”

Related: From Bankruptcy to $87 Million in Funding: How Tamara Mellon Saved Her Namesake Brand

That doesn’t come naturally to most people. It’s very easy to give in to fears and doubts, and be crippled by them. How do you think differently?

Did you have that perspective earlier in your career, too?

I’ve written in my diary since I was a young girl. I’ve never done therapy, but I think writing in my diary was helpful. If you open my diary, on any page I’m at the turning point of my life. It looks like I’ve done nothing but turning.

I love how open you are about these kinds of things, because it’s really important for people to hear. Entrepreneurs are constantly dealing with difficulties, and what you’re saying is: Accept them and be open about them, because they’re part of the process.

It is important for me to use my voice and my experience and my knowledge and connections to help others. I try to share the things I learn. And I try to share my secrets. That’s why it’s important to make fun of yourself publicly, and to not be condescending. Because then people relate to you more. I mean, if I say to people that I feel like a loser twice a week, that is an inspiring thing, because the next time they feel like a loser, they’ll say, “You know what? She does, too.” I mean, if you’re going to speak publicly, you may as well be useful. Because otherwise, what’s the point?

Related: What It's Like to Be Mentored by Gwyneth Paltrow

You often describe yourself as having a “magic wand” -- that you have the ability to change someone’s life. That’s obviously true, given how influential you are. But you also talk about how everyone else has a magic wand, too.

I think people forget that. Even if someone runs a tiny business, they still have the power to help or influence someone else. 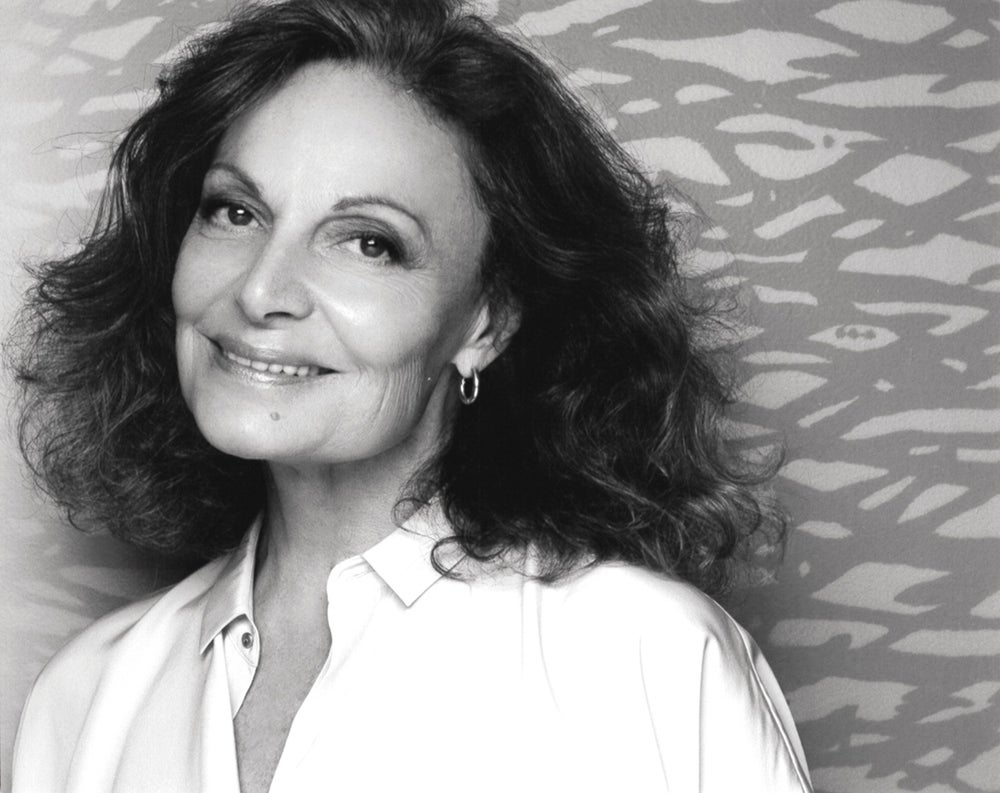 How would you suggest that the average entrepreneur use their magic wand?

Here’s one way you use your magic wand: You’ve said that every morning, you send two emails that don’t benefit you -- introducing two people, for example. When did you start doing that?

I’m not quite sure. I couldn’t have started before there were emails. I don’t know; maybe 15 years ago?

I ask because I wondered if you’d reached a point where you thought, I’ve accomplished everything that I set out to do, so now I can help others.

It doesn’t really happen like that. It happens gradually. And then you discover, first of all, when you do that, the magic is not just one way. The magic goes the other way. You would never believe how many times it boomerangs. It comes back to you. You just did a big, huge favor to somebody, and something happens, and you need that person. That’s the magic of connecting and paying attention. You know, we all do the same thing -- we work, we sleep, we this, we that, we eat. What makes a difference is how you do it. So you may as well own it. The secret in life is owning it. Even a disease! You’re being diagnosed; you have a disease. You know what? You’ve got to own it. You may not like it, but you’ve got to own it. The doctors will help, but in the end it’s you. So you have your part in it, too.

You’re now in the phase of your career where people are constantly asking you about your legacy.

Because of my age.

Has that been an uncomfortable transition?

Oh, no, no, no, no, no. You have to understand, that was a part of my life all my life. I’ve spent years thinking about where I was going to be buried. For me, I don’t like surprises. Because you can die any day of your life, there’s not a day that I don’t think about death. It’s very much a part of life. You know what they say in the Talmud? “Life is a journey, and death is the destination.”

Related: Katie Sturino Has Built a Business Promoting Positive Self-Image and Fashion for Plus-Size Women Like Her

Is that a healthy perspective for entrepreneurs, do you think? We talk a lot about the journey, but should we be thinking about the destination?

So there’s got to be a destination?

Yeah. It’s a journey. And you may as well own the journey and do as much as possible your way. There are always things -- there could be wars, there could be rain, there could be all kinds of things. But if you own you, then you’re equipped.

How to Become Your Own Mentor

How an Old Coin Bank Inspires My Entrepreneurial Journey