SME financing has been a problem around the world because banks are wary of lending to risky borrowers. But alternative lending is solving the issue slowly.

Validus Capital, Singapore’s largest small and medium business financing platform, said it would expand to Vietnam, its third Southeast Asian market, as it looks to plug the $21 billion-financing gap for SMEs in the country.

The company, which launched in Singapore in 2015, and expanded to Indonesia in May 2019, said it would partner with corporates to provide financing for SMEs.

Validus’ foray into Vietnam addresses the long-standing issue of lack of SME financing in the country, and Southeast Asia in general.

Asia Has A Serious Dearth of SME Financing

Financial regulators around the world have enforced stricter laws for the banking and lending industry, requiring them to hold a certain amount of capital at all times to cushion against any major financial catastrophe, and forcing banks to become stricter with their risk assumptions, especially while lending.

SMEs, typically, cannot afford to offer a lot of collateral, or show solid profits from their businesses, and therefore make risky borrowers.

Banks around the world are currently grappling with margin squeezes, and in an effort to boost profits, cutting down on expenses. Most don’t find any value in underwriting loans for SMEs, mostly because their typical loan size is not very large, and banks cannot justify the money or the manpower they spend on underwriting smaller, and mostly risky loans.

In Asia Pacific, SMEs make up over 95 per cent of all enterprises, employ around half of the workforce, and contribute around 20 per cent to national GDP in low-income countries, and as much as 50 per cent in those with high incomes, a Mastercard study showed.

The global funding gap for formal micro, small and medium businesses in developing countries is $5.2 trillion a year, and the East Asia and Pacific region represent 58 per cent of the total potential demand, a joint report released in 2017 by the International Finance Corporation (IFC) and SME Finance Forum estimated.

And the numbers reflect their efforts: alternative lending increased to $284 billion globally in 2016, from $11 billion in 2013, with China being the largest market at $240.9 billion, and the rest of Asia at $1.8 billion, as per a study by the Cambridge Centre for Alternative Finance.

Validus’ study also shows that SMEs supported by the company in Singapore were able to increase their annual revenue by 17 per cent on average, contributed $300 million to Singapore’s GDP, and added more than 10,000 jobs in the country - signs that alternative SME financing has real world implications. 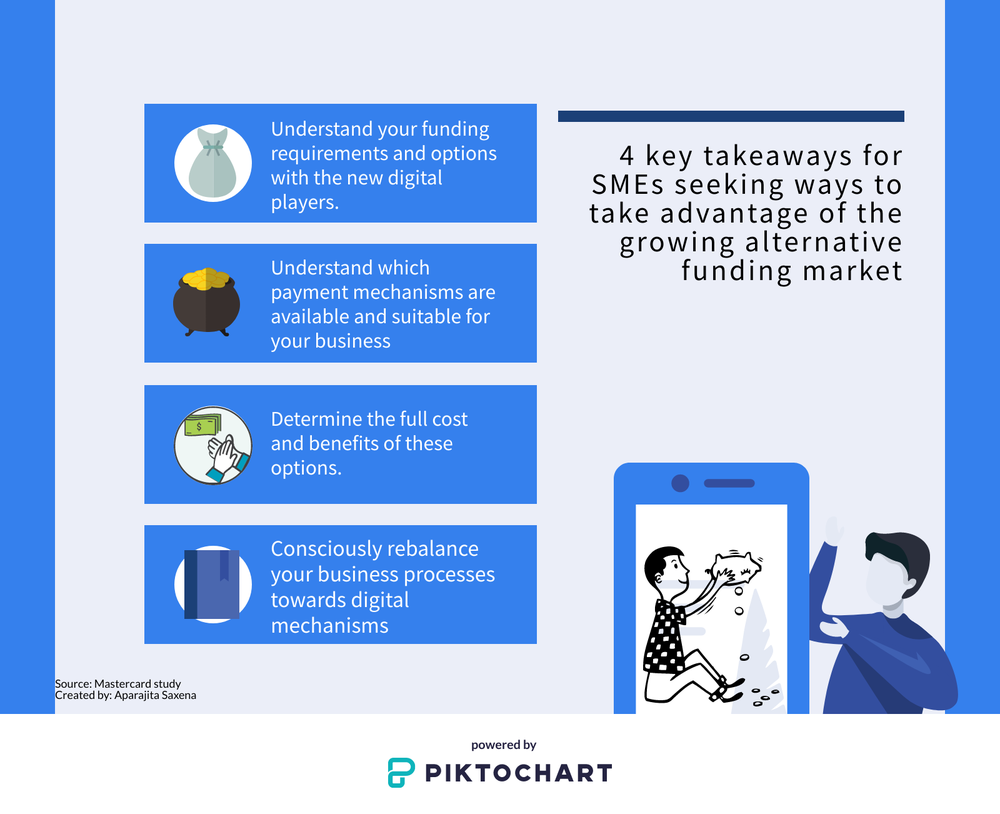