UAE Ecosystem Stakeholders Weigh In On ENOC Vs. CAFU

When the big guys come knocking, you know your startup has gotten it right.
Next Article Add to Queue

Last month, Emirates National Oil Company (ENOC) Group announced that it would be launching ENOC Link, a new digital venture that would see the Government of Dubai-owned oil and gas entity start delivering fuel at the doorsteps of businesses and fleets across the UAE, with a longer term plan to cater to communities as well to serve the general public. As a concept, there’s a lot of similarity between ENOC Link’s offering and what homegrown UAE app CAFU, which was founded by Rashid Al Ghurair (a board member at Al Ghurair Investments, and the founder of MENA Energy), has been providing as a service in the UAE since November 2018.

This feeling of sameness between the two ventures was compounded when a Gulf News article on ENOC Link’s launch quoted ENOC Group CEO Saif Al Falasi saying, “The difference between us and CAFU is safety. We’ve been in this business many years, and have trained our staff in case of all circumstances. There will be new regulations, and services will have to meet specifications. It is my understanding that only three main national oil companies (ENOC, ADNOC, and Emarat) can sell fuel in the UAE, and in the future, the government will regulate who is going to be in the market or not.”

For those of us who champion entrepreneurs and startups in the UAE, it shouldn’t be hard to understand why Al Falasi’s statement caused quite a bit of chatter in the social media space, as it went against many of the public statements that have been made about supporting innovators in the country.

ENOC’s moves was seen by some as an example of how large enterprises, by virtue of the capital and resources they have, can elbow out startups operating in a particular domain, although it must be said here that CAFU is quite well-funded as a startup, having declared AED100 million of total investments to us in the September 2019 issue of Entrepreneur Middle East.

At the same time, while there is a certain emotional appeal to the “support our startups” cry that went around Dubai Twitter when ENOC Link was announced, one must remember that there is no rule in the business realm that bars well-established corporates from swooping in on a startup’s domain.

Related: Redefining Definitions: Making Your Own Benchmark For Success

Commenting on ENOC’s play, Arkan Partners co-founder Ali Al-Salim told me in an email: “It’s natural for the management of any organization to seek out new ways to grow their revenues and margins… I don’t have advice for ENOC, as their behavior is completely rational, they need to increase revenues in a market that is saturated, and probably only grows in line with population or GDP. Rolling out new services is one way to explore additional growth, and possibly margin expansion.” 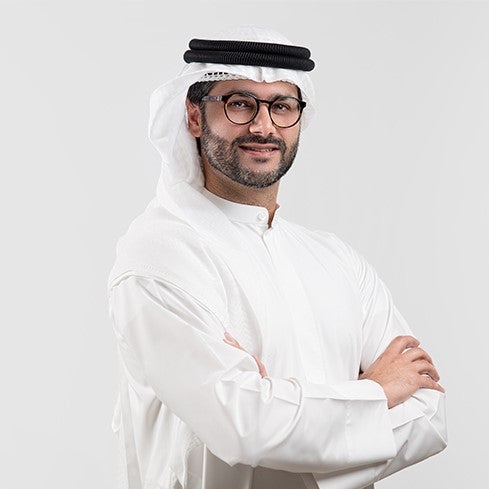 Robyn Brazzil, Director of the startAD program at NYU Abu Dhabi, agreed with Al-Salim, noting that startups should always be prepared for the fact that somewhere along their business trajectories, they are going to come up against competition, and that can be anyone from another young upstart, or an experienced conglomerate.

“It's just not a fair playing field,” she said to me over a phone call. “In any case, someone with outside resources can do more, but then, obviously the startup advantage is that they can move quicker, and they can be closer to the customer in a lot of cases. Or that this is their sole product or service, whereas it may be a new service, a new product line, for a big corporate. So, there are advantages to being a startup; it's just about exploiting them.” 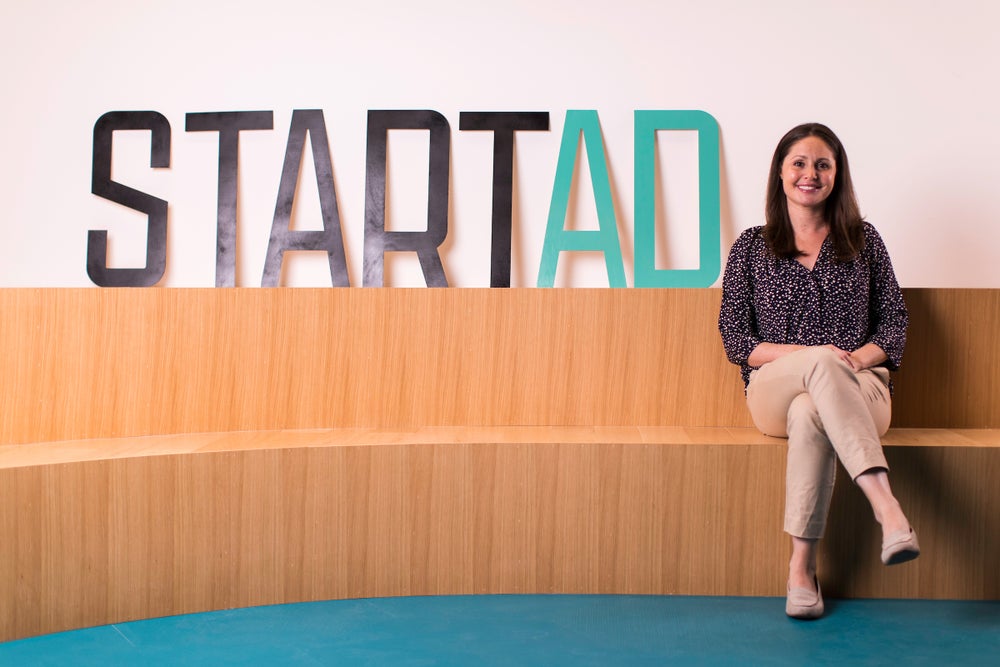 With that being said, what can startups do if they find themselves in such a scenario- especially those upstarts that may not have as good of a financial backing as CAFU? When I posed this question to Nomod founder Omar Kassim (perhaps known best for being the founder of e-commerce marketplace JadoPado, which Noon acquired in 2017), he replied, “Execute fast and hard. Build things and moats that are incredibly difficult to overcome by purely throwing capital at the problem.”

Al-Salim added, “Being nimble is an obvious advantage a startup has over large incumbents. Generally, the smaller you are, the faster to market and more customer-centric you can be, versus larger bureaucratic organizations. In my business career, I’ve personally always found it more rewarding to operate in an overlooked niche, where you have less competition and enough time to build up a defensible lead. Business models and products that depend on data are interesting in that proprietary data you capture is hard –sometimes impossible– to replicate. If you can build a lead that depends on having better data, even if a rival has deeper pockets, they don’t have the data you have, hence their product will never be as good.” 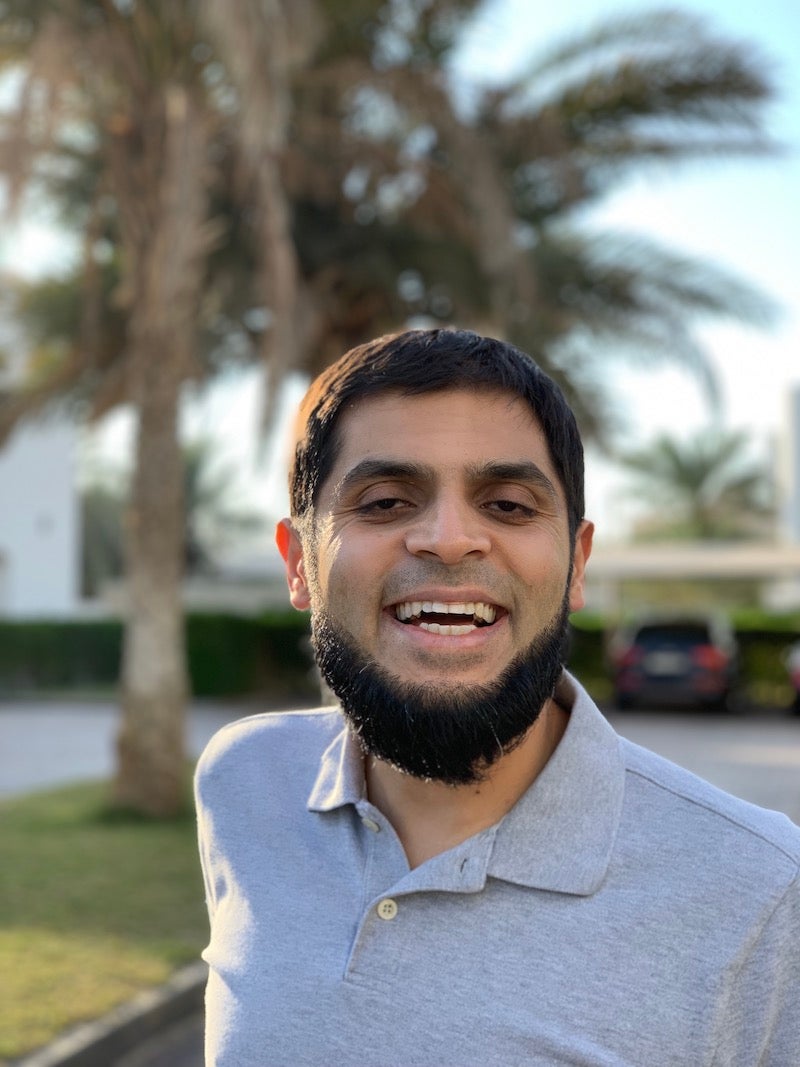 From a personal standpoint, I must confess that I didn’t see an issue at all with ENOC venturing into CAFU’s playing field. I actually thought that Al Ghurair and his team should be pretty proud that their offering has gotten validation in a sense, given that such a well-established player was essentially imitating (and sparring with) them in the public domain. Brazzil agreed with this notion, saying, “If I was in CAFU's office, I would be kind of smiling, because they're being put on an equivalent footing as this huge player. So, I think that's something to be applauded and kind of recognized, that they are there in the game. They're being seen as a direct competitor.”

This was the same vibe I got from Al Ghurair himself, when I got to chat with him a couple of weeks after the ENOC announcement was made. “To be honest, I personally find it as a validation to what we are doing, to the model itself,” Al Ghurair told me over a call. “Seeing a conventional player come into this space is proof that the model is going to work.”

As for the safety standards that govern CAFU’s operations, Al Ghurair pointed toward all of the world-class certifications and processes the company has put in place to ensure this, which include partnerships with entities like the Health and Safety Executive in the UK, TÜV Rheinland, and others, as well as rigorous hiring and training procedures to make sure the startup’s staff are up to standard before they go out into the field. Al Ghurair even proposed a more cooperative approach with ENOC to doing things in this space. “We have carried out more than 600,000 fill-ups, and I am extending our experience [to ENOC], because it’s a good practice for both of us to collaborate on the safety aspect,” he said. “We also don’t want them to do something unsafe, because that will affect the both of us.” 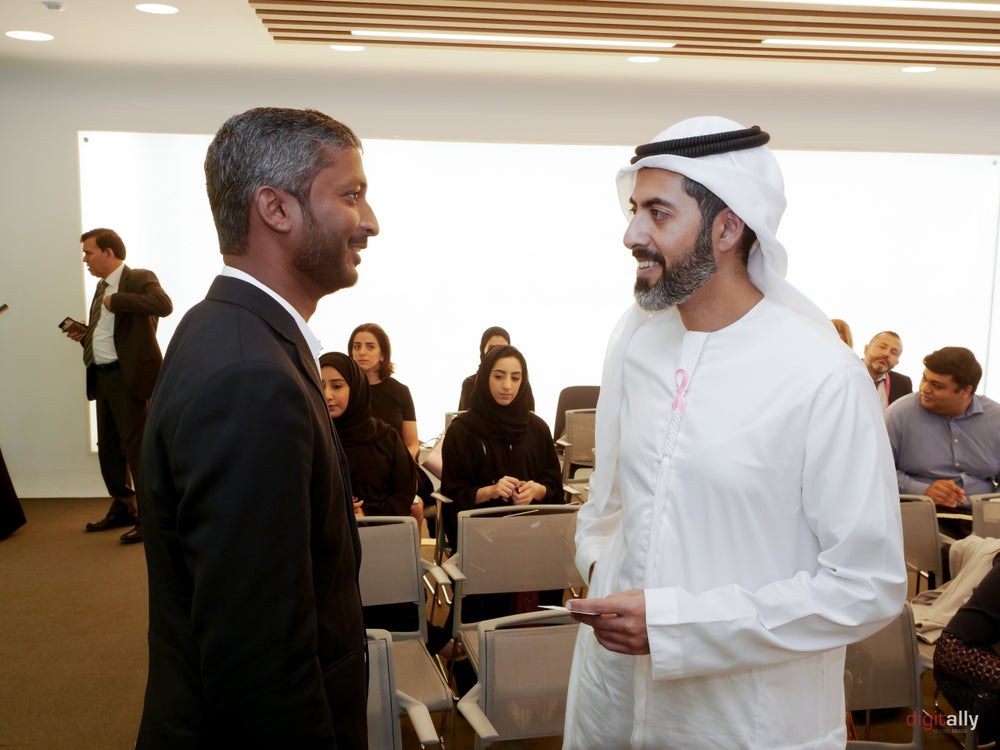 As for whether regulations could be perhaps be put in place to essentially control the market, Al Ghurair dismissed that notion with the conviction that the UAE’s leadership wouldn’t allow that to happen, as that’d be stifling the country’s progressive agenda for the future. “My view is that I belong to a country where our leaders are forward-looking,” he said. “They support innovation, and they want this country to shine globally when it comes to technologies and smart cities. I know, as an entrepreneurial landscape, the UAE’s startup ecosystem is quite young, but our leaders, they will support this ecosystem.”

At the same time, Al Ghurair believes CAFU’s customers are its biggest advocates- and it’d be hard to get something that has got the buy-in of so many people to be regulated out of existence anyway. And that’d be the message I’d leave all you entrepreneurs with: persevere, persist, and put all your effort in building a product and service that people love. After all, that will be what guarantees your success in the long-term.

Related: Let Your Work Speak For You (The Rest Is Noise)

Own Up: It's Time For Action

Opportunity Knocks: Dreams Don't Work Unless You Do

We Made It: Thoughts On Completing A Year (And Gearing Up For Another One)

No One Has A Crystal Ball: You Aren't Expected To Have All The Answers

The Case Against Quick Wins: Short Sighted Decision-Making Can Lead to Long-Term Strife