In a bid to attract investment in India, Prime Minister Narendra Modi reached Brasilia to take part in BRICS business summit 2019. Representing India at the global podium, Modi urged the world’s business leaders to foster interest in Indian market and invest in the developing sectors of the economy.

Eyeing the $5 Trillion economy, Modi said, "India is the most  investment friendly economy in the world due to political stability, predictable policy and business friendly reforms. By 2024, we want to make India a five-trillion-dollar economy. The infrastructure alone requires an investment of $1.5 trillion ,” He added that investors should come ahead to take advantage of its limitless business possibilities.

Importance of BRICS Through PM’s Word of Mouth 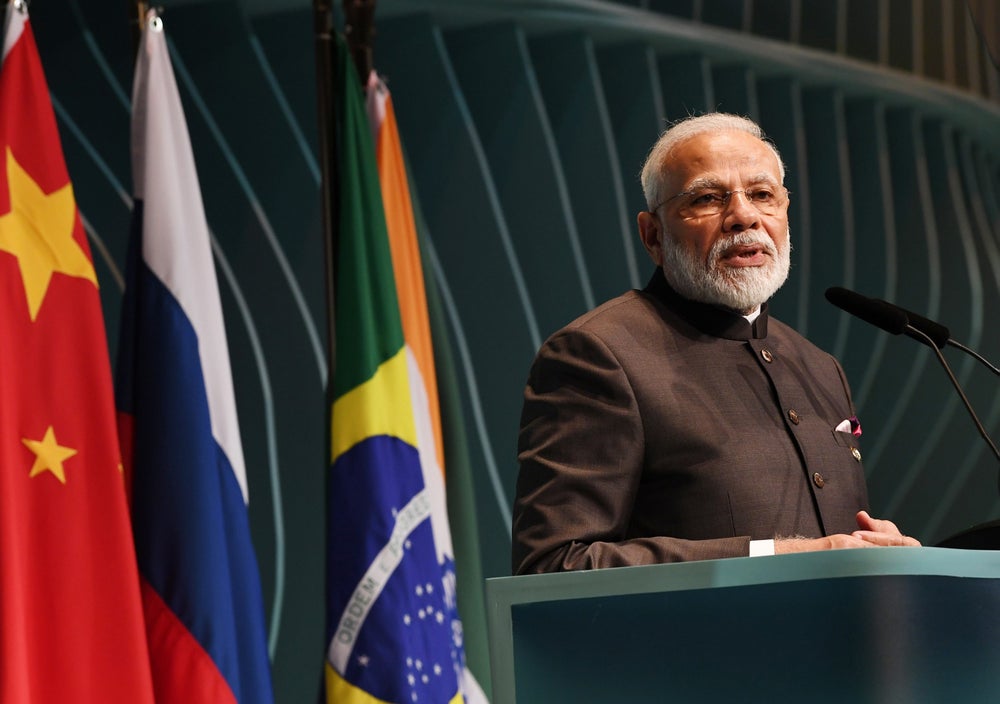 Stating the importance of the summit, Prime Minister Narendra Modi mentioned BRICS in his speech and its role in encouraging the world’s economy. He said “member countries of BRICS account  for 50 per cent of the world’s economic growth with very low effect of recession on the BRICS countries as they accelerated economic growth. Countries worked upon curbing down the poverty, moreover, achieved milestones in new technology and innovation. It has been 10 years that BRICS nations are working to boost their economies and we must consider it an appropriate platform to consider for our efforts in the future”

Modi emphasized on Intra Business Model, he stated “I would also like to request that priority areas in business must be identified for the next ten years and based on them blue print of Intra-BRICS collaboration should be made,” He added “This would help the countries to simplify Intra-Business plan and increase investment and trade deal between them”.

Through the meetings conducted in between the nations, various business’ aspects are getting resolved. Tax and customs processes are getting more palpable between five countries. Considering the intellectual property rights and banks, it has transformed business environment by bringing businesses together under one umbrella. “I request the BRICS Business Forum to study the necessary business initiatives to take full advantage of the opportunities thus generated," he said.

According to the Prime Minister, diversity, market size and complementarities of the countries are advantageous for each other. He also urged the nations to gather up and combine these complementarities.

Discussing about the country’s entrepreneurs, PM Modi said “I request the private sector to develop an interest in the global investment and business ideologies related to human resources. By connecting young entrepreneurs with initiatives like innovation BRICS Innovation Network, and BRICS Institution for Future Network, we can get  strength and pace to our business and innovations.

Also Read: Why PM Modi is reaching Out to Oil-Rich Nations to Invest in the Hydrocarbon Sector

PM expressed his gratitude towards President of Brazil, Jair Bolsonaro for his government’s decision to give Indians visa- free entry.

Modi is in Brazil for the eleventh BRICS Summit, which will concentrate on building mechanism for counter-terrorism cooperation and fortifying India's ties with the world's five significant economies.