Here's What Bulgaria's Deputy PM Has to Say to Indian Investors

She mentioned that Bulgaria offers one of the lowest corporate tax regimes in European Union. Due to which, foreign companies and investors tend to expand their businesses after setting up base in the country.

Aiming the new initiatives started by both the nations, Nikolova stated that the new business ideologies and partnerships developed between both countries will further strengthen the economic links.

Highlighting the Indian President Ramnath Kovind’s visit to Bulgaria, she said “In 2018, President Ram Nath Kovind visited Sofia. This is a clear sign of the efforts to maintain a constructive political dialogue which focuses on furthering the development of relationship between Bulgaria and India. Business and industrial associations have a leading role in this process”. 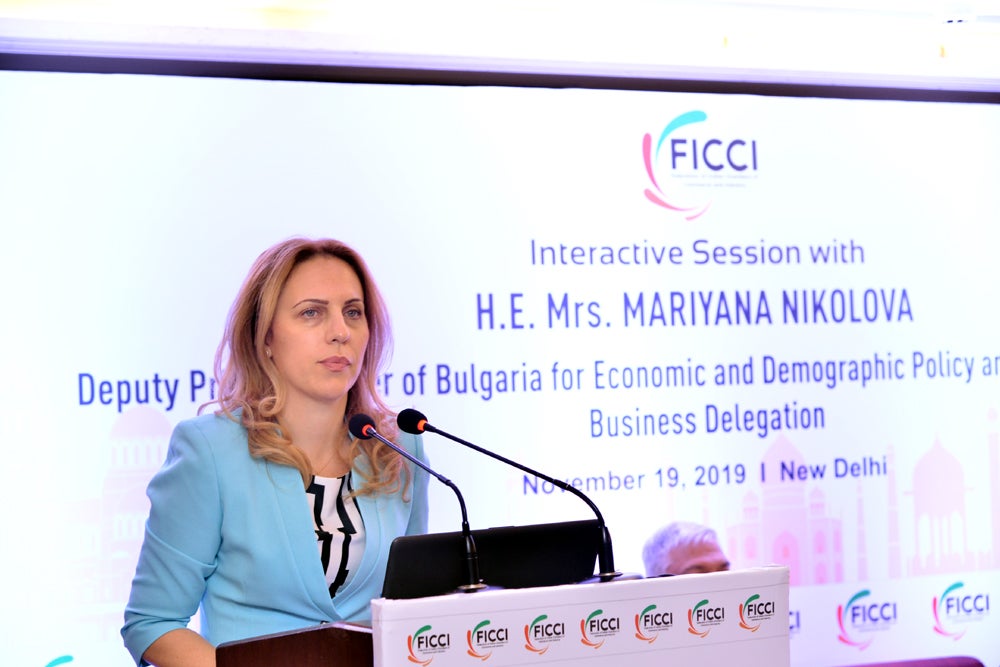 Speaking at an ‘Interactive Session’ with the accompanying business delegation, organized by FICCI, Nikolova described about the lowest corporate tax rate of Bulgaria in the entire Europian Union, she said  “our taxes are one of the lowest in European Union. Besides having corporate tax of only 10per cent, we do not tax profit reinvested in municipalities with high unemployment rate. Our tax on dividend is mere 5per cent. We also offer a two-year exemption from VAT for imports of equipment designated for investment projects worth over 2.5 million euro”.

Bulgarian companies are subjected to a tax rate of 10 per cent and the taxable profit is the annual financial result adjusted for tax purposes. Bulgaria also levies a flat personal income tax rate of 10per cent.

Attracting the business opportunities in the Bulgarian’s tourism sector, Lyuben Kanchev, Deputy Tourism Minister of Bulgaria emphasized on the tourism and said that Bulgaria is specifically focussing on the cultural and historical tourism.

He mentioned in his speech that Bulgaria stands at the third platform in terms of archaeological and historical monuments across Europe after Italy and Greece. Bulgaria is one of the countries of Europe which has a plethora of tourist attractions and percentage of tourists’ visits is large. 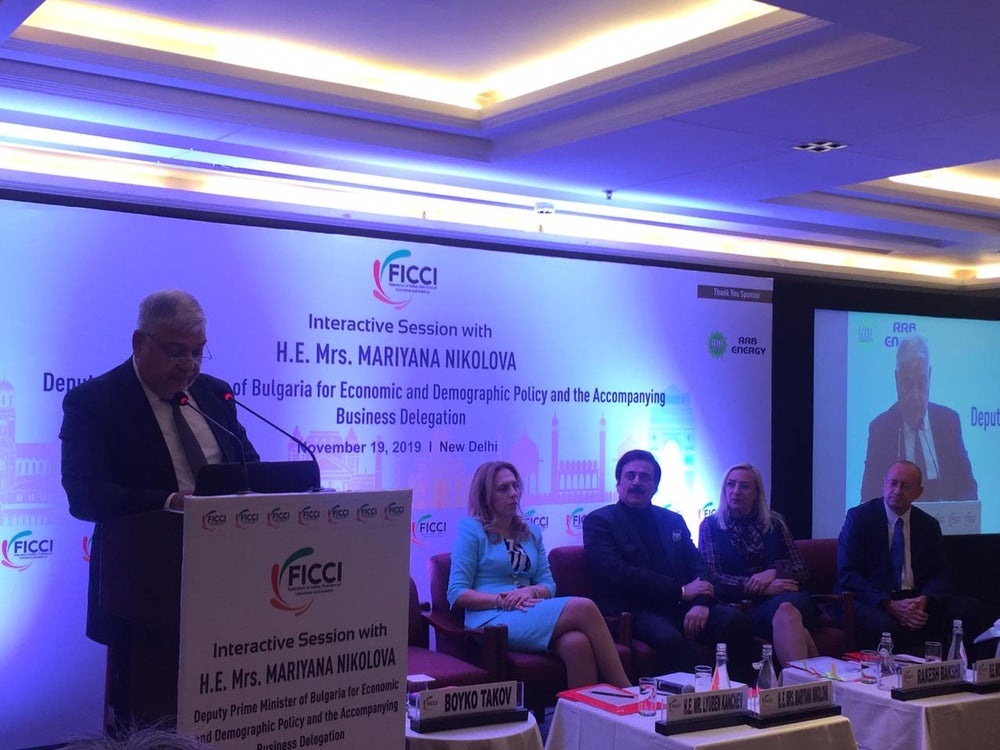 At the forum, senior executive committee member of FICCI and CMD of RRB energy Ltd., Rakesh lBakshi illustrated the business ideas related to specific sectors. He mentioned that some of the key areas of business cooperation between the two nations are Agri-products, Pharmaceuticals, Renewable energy and IT and ITes. He explained about the business possibilities in these areas which Indian business tycoons can explore in Bulgaria in order to expand their businesses and make the country’s economy powerful.

Adding to this, Tsvetan Simeonov, President of Bulgarian Chamber of Commerce and Industry (BCCI) mentioned that Bulgaria considers India as a friendly country and a strategic business partner. Recalling the Bulgarian Chamber’s first agreement with FICCI in 1976, he said that sectors like tourism and food processing can be the new areas of cooperation with significant outcomes between India and Bulgaria.

A Business forum between India and Bulgaria was being organized by FICCI (Federation of Indian Chambers of Commerce and Industry) at Indian Habitat Centre in Delhi to strengthen and develop the business ties between both nations. Various business delegates were present at the event to share their ideas with the Bulgarian’s bureaucrats. Deputy Prime Minister of Bulgaria along with the Bulgarian’s deputy tourism minister, President BCCI (Bulgarian Chambers of Commerce and Industry) was accompanied by the senior executive committee member of FICCI and CMD of RRB Energy Ltd from India.