This VC Takes A More Humanistic Approach to Investing In Startups

GGV Capital’s managing director, Hans Tung, is most commonly known in the VC circles for his hawkeye focus on the e-commerce sector, and the Taiwan-born investor was among the early backers in Xiaomi, now valued at $46 billion. Beginning his career as investment banker at Merrill Lynch, Tung joined GGV in 2013 at Menlo Park, and his impressive portfolio includes the who’s who of the Asian e-commerce industry – Wish.com, Poshmark, OfferUp, and Ibotta.

Tung mostly focuses on the Asian and Latin American markets today, searching for the next big disruptor in the region, and investment returns don’t rank very high on his list of things to look for in a startup while investing.

“I always believe that taking a more humanistic, or sociological approach to investing, is important. You have to invest in companies that make nation building or positive societal impact happen. If you do that, if a company can do that, they enable others to do that, and then everybody makes great returns,” Tung told Entrepreneur Asia Pacific.

Tung, who grew up in Los Angeles, and graduated from Stanford University, says Asia today is moving very smoothly in its growth journey, and startups in the region have ample room to thrive.

“There’s a lot of stimulus from local governments for startups today than there ever has been, and that’s something we feel good about. For example, in India there’s GST and UPI, Vietnam is adopting industrial policies that will be more favorable for startups too, especially for tech, and so on,” he says, adding, “support from regulators encourages a more innovative environment, and that’s one of the things that make Asia appealing today,” he adds.

When looking for a company to invest in, Tung focuses on the “smaller guys” that do well in domestic markets, but can also integrate well internationally.

“We’re always thinking about where a country will be 10 years from now, and what sort of an economic growth can happen there, and then what we need to do to make that growth happen. So if a company can do as well in Indonesia, and it did in India, we start looking at it closely,” he says.

GGV Capital currently focuses on three major sectors – consumer, including services, e-commerce, brands, social networking and digital media; enterprise, that deals with anything that is B2B and helps other businesses become more efficient; and deep technology, where the firm looks at technologies in Asia that are catching on, along with making their home countries more self-sufficient.

“Across the board though, what we’re seeing is that even though each country is different, with their own kinds of twists and adjustments, they do have some things in common. So for example, kirana stores in India work very similar to mom & pop stores in China, Vietnam and Indonesia,” says Tung, an avid follower of Malcolm Gladwell.

Geographically, GGV focuses in the United States, China, India, and Southeast Asia, and has also recently set its sights on Latin America. 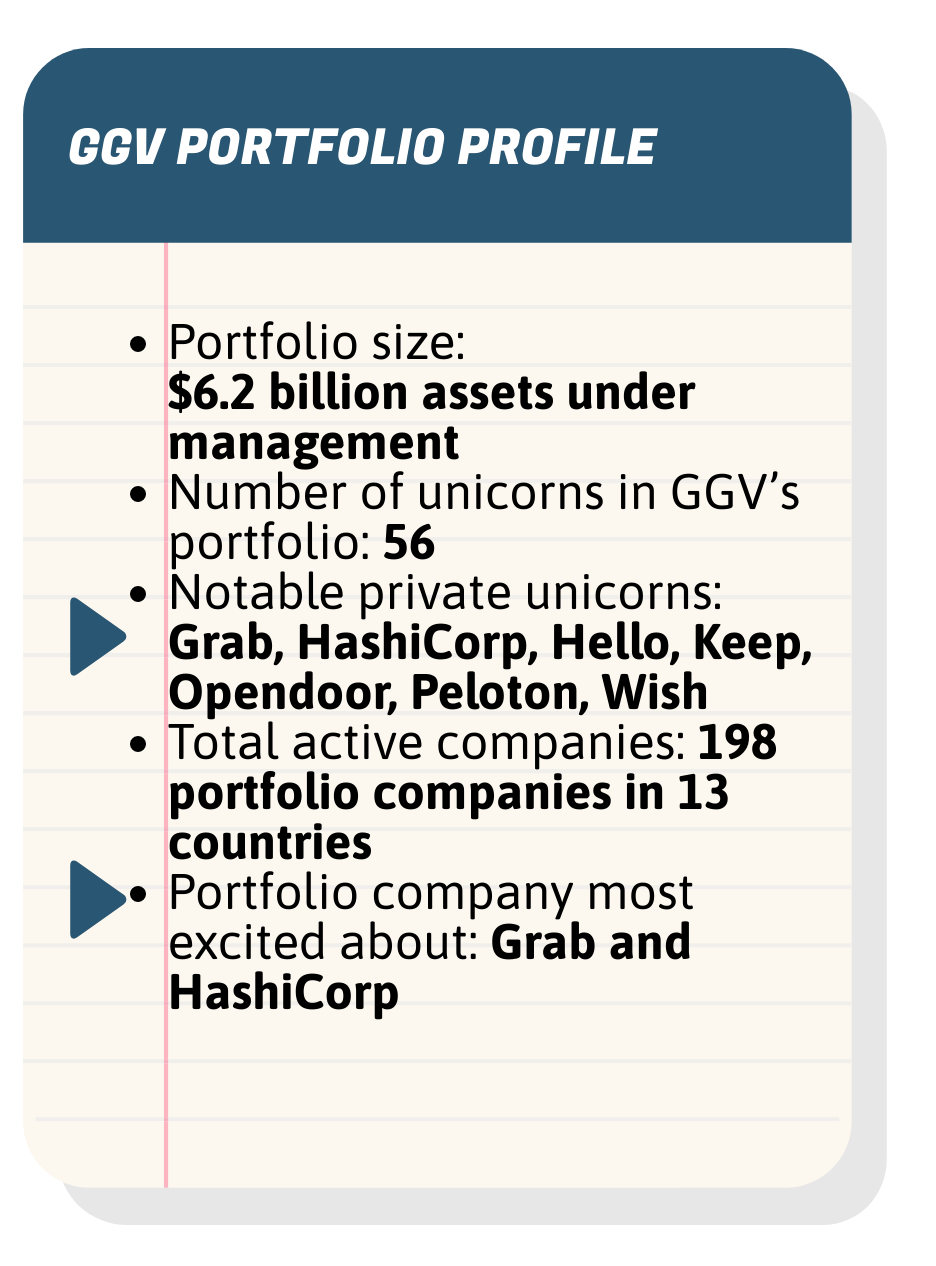 'The More Niche, the Better,' Says This Asian VC