The space bought for building co-working businesses has quadrupled since 2017, with its share in the office space transacted volume increasing from 5 per cent in 2017 to 13 per cent in 2019. To put this in perspective, the entire manufacturing sector accounted for 12 per cent of the total area transacted in eight cities in 2019, as per the report. 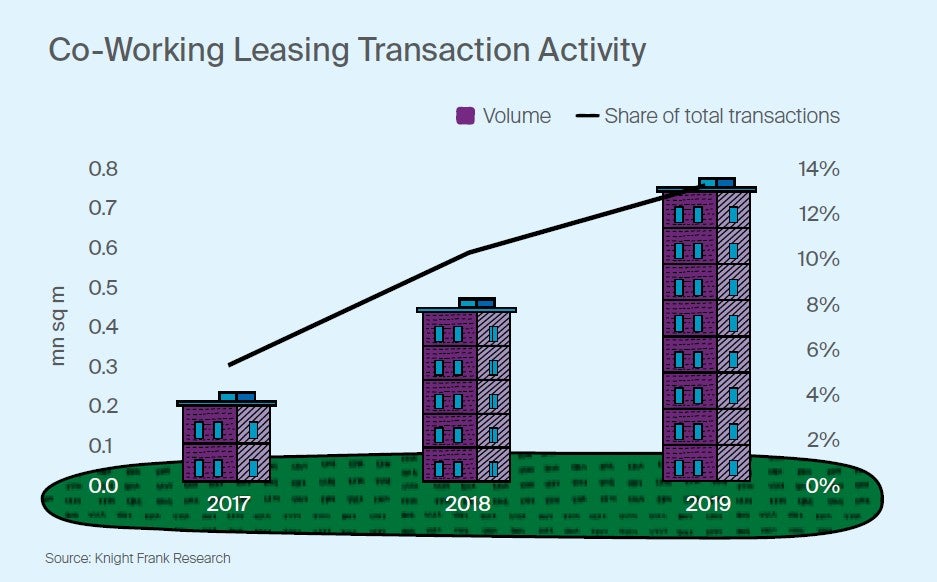 The report shows that the overall office market did well, recording historic best year in terms of transaction volumes in 2019, whereas residential sector remained sluggish this time also.

Also Read: How to Start a Co-working Space

New completions in the office space market grew by 56 per cent in the last one year, delivering close to 61.3 million sq ft by 2019. Transaction volume witnessed a healthy growth of 27 per cent. 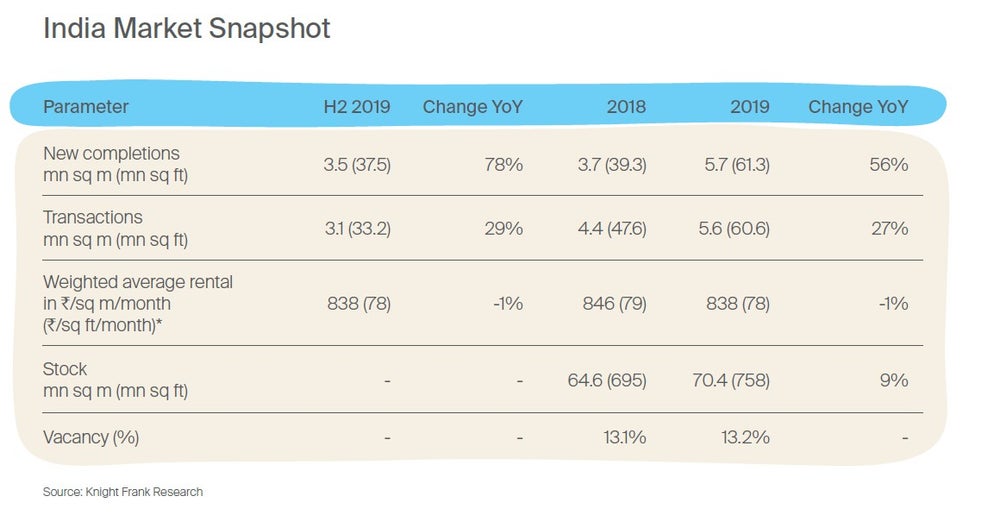 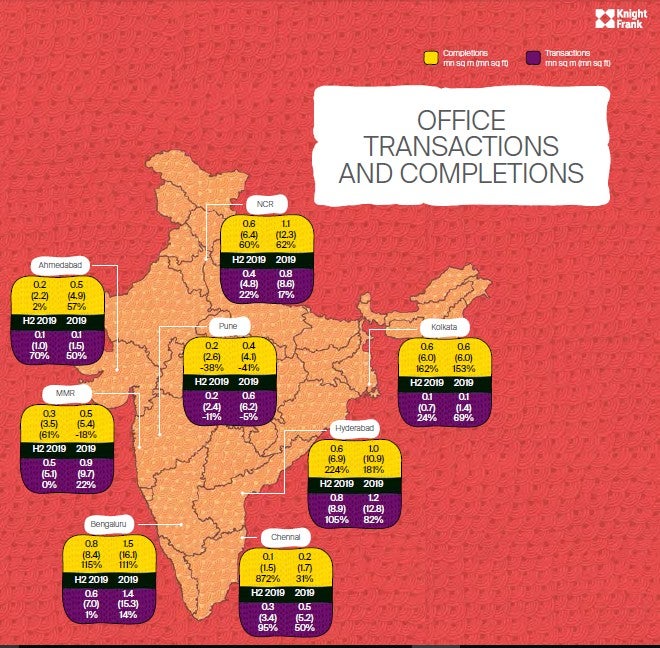 “This stabilisation in volumes can be attributed largely to the fact that developers have been focussing on affordable housing and on lower ticket sizes. 60% of launches during H2 2019 have occurred in ticket sizes under INR 5 mn and 82% under INR 10 mn. 48% of the sales as well were concentrated in the under INR 5 mn ticket size,” said the report.