Bright Side of Cloud Kitchens

From the lack of transparency in terms of hygiene to uneven taste for similar food items, traditional restaurants have had several points to make about the rise of these steady competitors.

By Debroop Roy January 10, 2020
Opinions expressed by Entrepreneur contributors are their own.
You're reading Entrepreneur India, an international franchise of Entrepreneur Media.

The food and beverages (F&B) market has come a long way from being restricted to a few days of eating out or special occasions of ordering in. With the advent of companies such as Swiggy, the way people look at food consumption has changed dramatically. That favorite dish from your favorite restaurant no longer means waiting for a less busy weekend. One click and you are away.

And as the landscape has transformed, new concepts too have found their way in. The most popular among them is something that has brought cheer and anguish in equal measure. Cloud kitchens or dark kitchens are essentially food joints with no storefront and have a delivery-only model. This model, by cutting down on so many different costs compared to a traditional restaurant helps keep the margins going at a time when consumers are becoming more and more price conscious.

The online food delivery market, which was valued at INR 45.58 billion in 2017, is expected to grow at a compounded annual growth rate of about 38.08 per cent between 2018 and 2023, according to a report by Research on Global Markets. Of the total market size, dark kitchens constituted 30 per cent in 2017, the report said.

However, dark kitchens are still a relatively new concept in the food space and even through the growth has been staggering, concerns have been raised. From the lack of transparency in terms of hygiene to uneven taste for similar food items, traditional restaurants have had several points to make about the rise of these steady competitors.

Related: Down, Not Out: Food Outlets on Online Ordering Disruption

The dark kitchen conference at Indian Restaurant Congress 2019 saw the participation of several names from across the Indian F&B industry, where topics ebbed and flowed from the different needs both restaurants and dark kitchens serve to the increasing usage of data in the space. 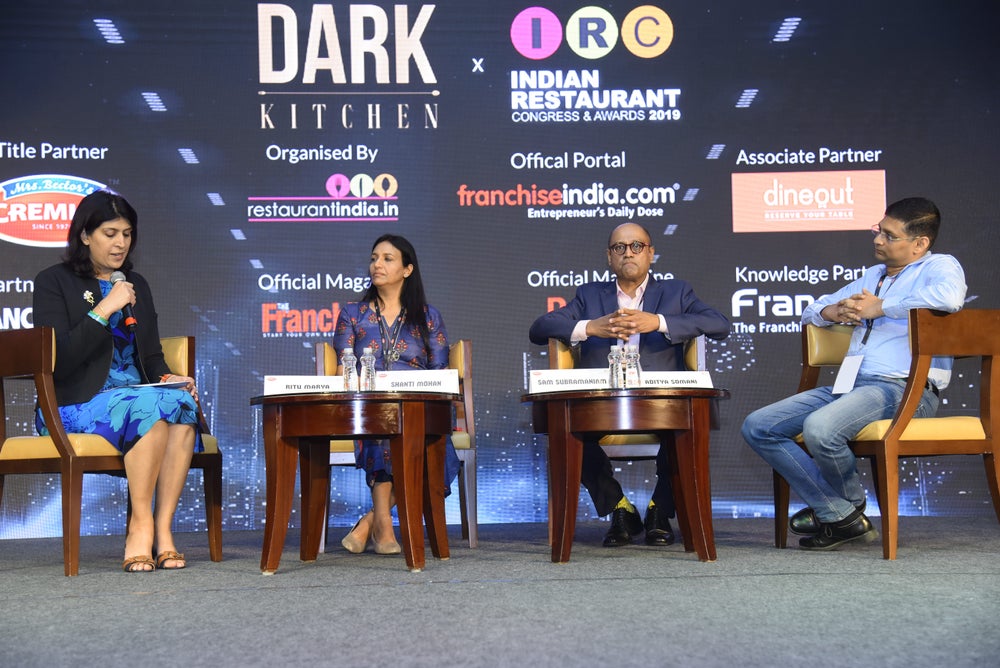 According to chef Harpal Singh Sokhi, the F&B space is going through a learning curve at the moment and brands, irrespective of their model, need to focus on customer experience. Experience matters, whether it is a dark kitchen or a traditional restaurant, Sokhi said.

While the idea of eating out at a restaurant does involve an experience for the customer, even those ordering in expect an experience from their food, said Sokhi.

“Experience of taste cannot change, that is the bottomline,” he said. 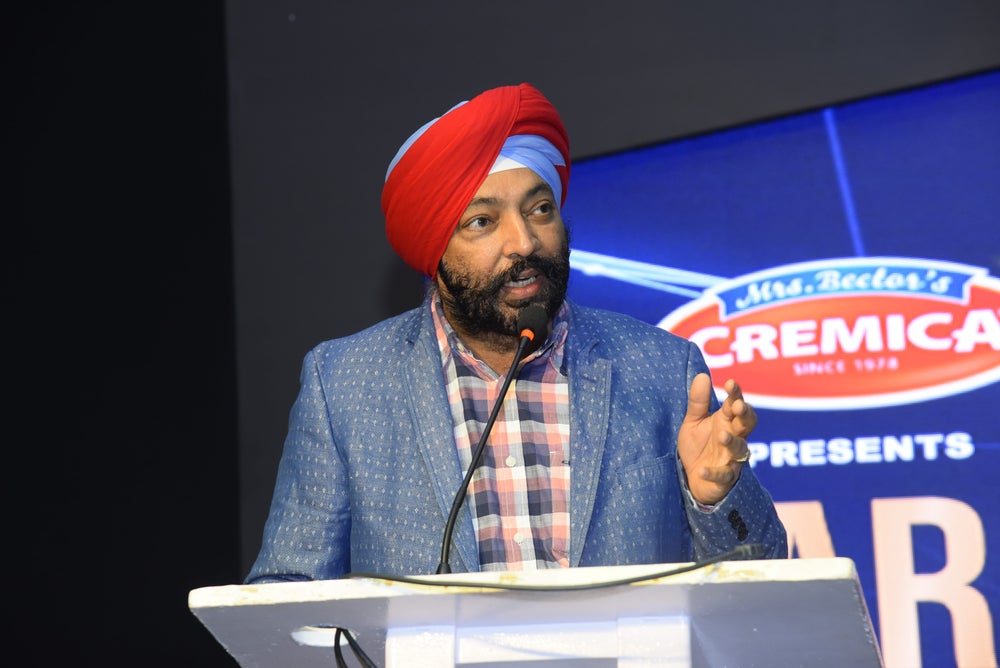 Sokhi, having worked with multiple hotel chains and restaurants across his career, said that some of the best known brands across the country do not have a standard recipe or process. If a certain chef leaves, they do not have a process in place which would ensure that their flagship food would taste the same if the replacement makes it.

As newer brands come up in both spaces, a standard process would help maintain the taste and retain loyal customers.

Even in the case of franchise outlets, it is the execution that matters when it comes to quality control and standardization, said Biju Thomas, managing director at Adiga’s, a popular food service brand that serves South Indian food.

Apart from company owned outlets, Adiga’s has also ventured into franchise outlets and cloud kitchens in the last few years.

As brands grow and it becomes impossible for top leadership to make frequent visits to each outlet, it all boils down to the system put in place, and whether it can be sustained alongside scalability, Thomas said.

‘Build a Brand, Not Just a Label’

“It’s an infinite game of relentless execution,” said Sagar Kochhar, chief marketing officer at Rebel Foods, alluding to the fact that it was important to remember that every order is a moment of truth.

Rebel Foods, better known as Faasos, was one of the first Indian brands to go the dark kitchen way. Initially a chain of small sized food joints that served wraps, the company has now transformed into an umbrella for multiple brands, each with its unique set of foods.

“Almost about 67 per cent of our business was happening through delivery,” said Sagar Kochhar, chief marketing officer at Rebel, explaining the transition that occurred.

When they realized that most of their consumers were those who hadn’t even seen their storefronts, it was time for ‘reimagineering’, he said. “That’s when we said, if consumers are consuming us in this format, why do we just keep us constrained to the fact that we have to keep on bringing a physical store model?”

“You have to be present on each of those occasions when the consumer is wanting to order food.”

And so Faasos and now Rebel began their journey of creating different brands, each serving a different craving, a different experience that a person would want out of food. But building a brand isn’t just about creating a new label, according to Kochhar.

“Consumers are not fools, if you just try to make labels out of your offering, they get it. As a brand, you have to solve for a need gap that exists in that very category space. As a brand, you need to stand for a core proposition of what your brand is here to offer.”

Even as technology has enabled the growth of the F&B market, a large part of restaurants are yet to gain from all the innovation that is taking place.

Dineout, after gauging the supply gap that existed in the market, realized that there were multiple solutions in the market for different problems but there wasn’t an one-stop solution for everything. “We realized it is too much data, which is probably paralyzing the restaurant...and we said data should enable, not paralyze.”

The Delhi-based company then made a product that covers all kinds of modules, from getting a customer into a restaurant to data aggregation with various aggregators.

Commenting further on the usage of data in the food tech space, Joseph Cherian, chief operating officer at Swiggy Access and New Supply Initiatives, said data was making it easier to figure what one needs in terms of opening a dark kitchen.

Swiggy Access is an initiative by foodtech unicorn to help restaurant partners set up kitchens in areas they don’t operate but could gain from.

With the collection and availability of multiple data points, one can pinpoint certain things with greater accuracy than before, said Cherian. “We should be able to pinpoint location, brand and price point.”

Mobikon is another such firm that helps restaurants make better use of technology and data.

“The first person I tell most of the restaurants to hire is a data analyst,” said Mobikon’s Samir Khadepaun, stressing on how restaurants are often sitting on massive repositories of data but don’t know how to use it.

While both the idea and implementation of dark kitchens has grown leaps and bounds in India in the last five years, it is just the beginning of what is inarguably a massive opportunity.

“At the end of the day, I believe that food is still local,” said Shanti Mohan, founder at online funding platform LetsVenture, adding that one might want to talk about scale, but combining scale with being local is going to continue to be a challenge for the industry.

Another challenge that dark kitchens are facing and would need to quickly solve is how people look at health these days. “How do you offer something that is trusted by your users will actually become the next big question to answer,” she said.

According to Sandeep Murthy, partner at venture capital firm Lightbox, it was the “marriage of technology with the understanding of how to think about brands” that made a business like Rebel Foods attractive to them. 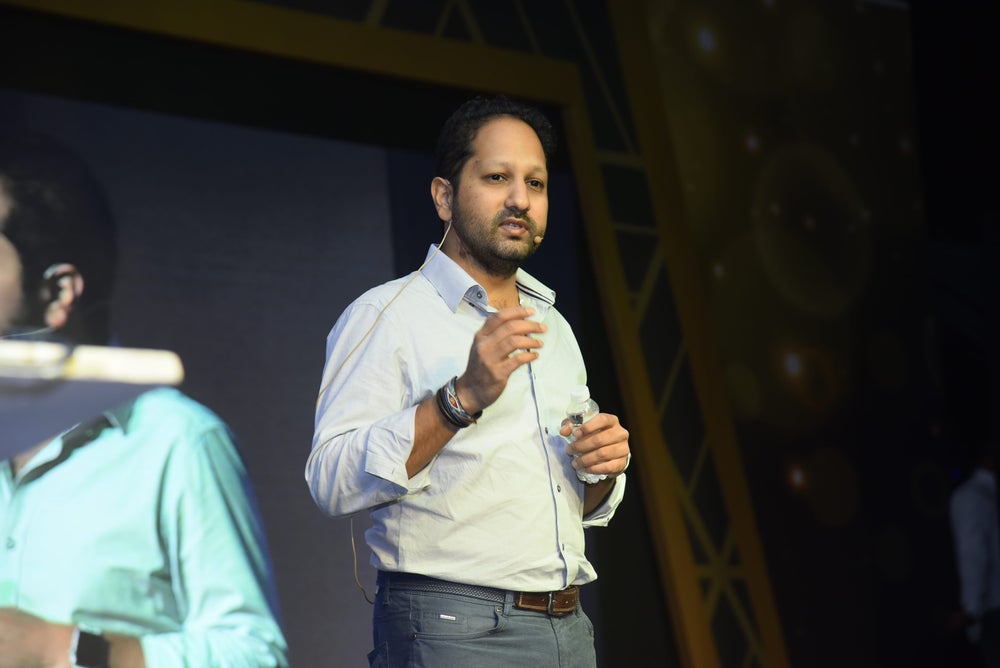 Rebel Foods raised INR 110 crore as part of an ongoing series D round from the likes of Sequoia India and Lightbox earlier this year.

Murthy believes food is the last frontier when it comes to technology disruption. Providing popular examples of tech disruption that changed the game for the likes of Walmart (Amazon) and Blockbuster (Netflix), Murthy said despite all the talk of innovation in the sector and otherwise, McDonald’s continues to remain the largest food service company in the world.

“I actually think that in India, because of the unique aspects and the unique characteristics that exist here - the fragmentation that exists, the lack of brand penetration, the low cost of delivery, all of this combined actually make this an ideal ground from which we can build and scale this business.”

You May Not See Them, But Ghost Kitchens are Here to Stay

Why Cloud Kitchen Is the Future Of the Food Industry