The Coach of Many Hats

A model, a pageant winner, an actor and a producer, Neha Dhupia continually holds onto her spot in the limelight and stays in sync with the changing trends in the world of entertainment

The cameras are set, the room is lit and the hustle-bustle of the crew continues. Enter actress Neha Dhupia in a black-white plaid checked coat, denim, and minimal gold accessories all set for the first shot. “Roll Sound Camera Action!” What follows next is the shutter, click of the camera and tons of interesting questions.

“Neha Dhupia is predominantly a daughter, a mother, and a wife, and then an actor,” she said. Besides, she is also a wonderful host, entrepreneur and content creator. 21 years in the industry and to date she has gracefully stayed relevant. She has made it through the worst of weather. Actors have come and gone, but she is here standing strong and tall. “If I had to pat myself on the back for one thing — 21 years of relevance, sometimes more, sometimes less. I started my first modelling assignment in December 1998. I walked into the studio thinking that I’m just here like any other model, will go back after a while and continue studying. And we’re now in December 2019,” she proudly mentions. 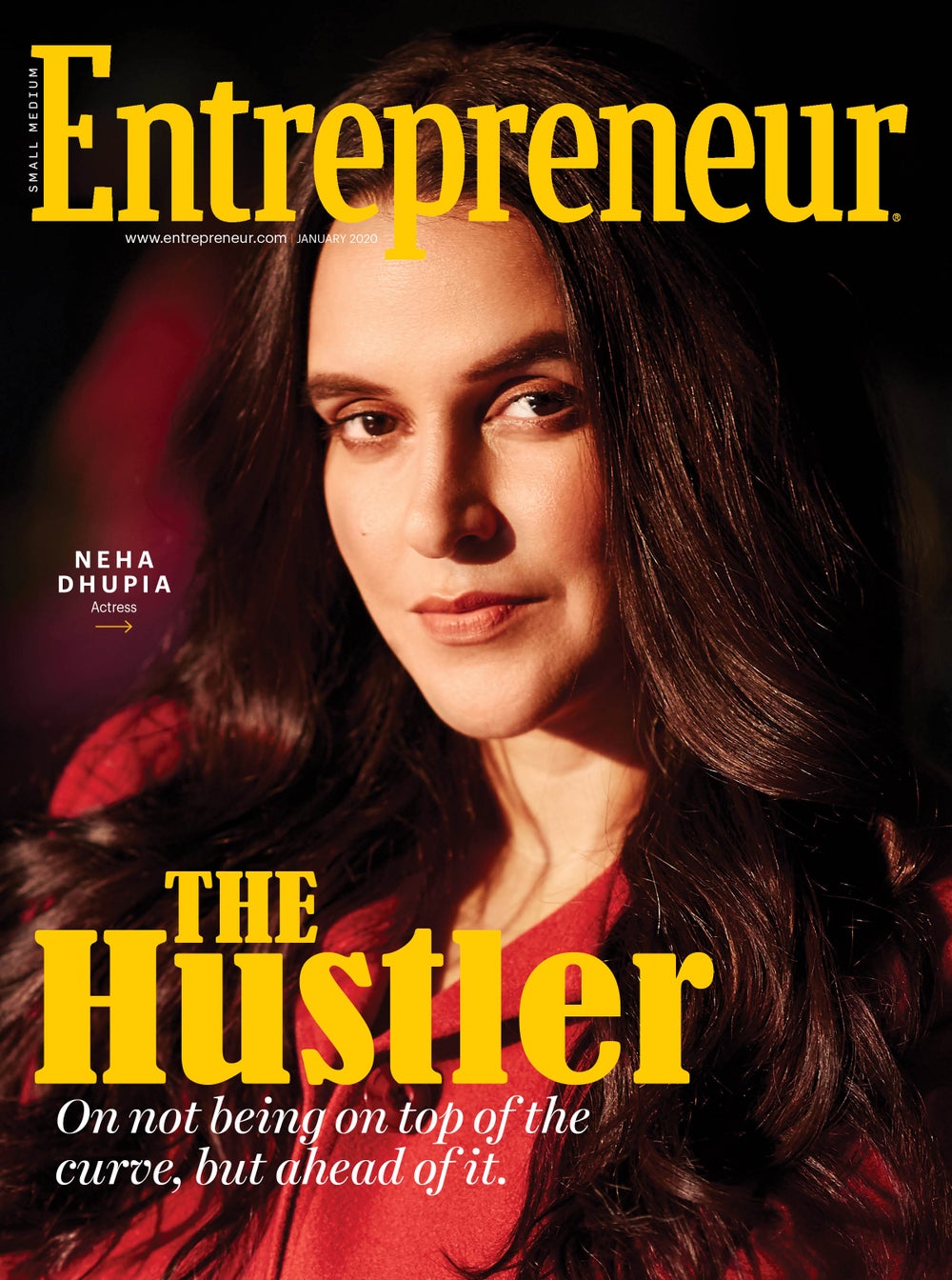 Removing her heels and getting into the sliders as we wrapped the first set of questions, Dhupia walked upstairs from the club to the lounge area discussing a conference call with her team. While she looks like a total boss lady, she doesn’t like being called one.

“I am nothing without my team. I delegate work and like to micro-manage,” she said. At times she forgets or slips but together as a team, there are no defaulters. And still in case something goes wrong, she always has a ‘Plan B’! While she has always been an actor, her entrepreneurship is correlated with what she does. She is a proud owner of Big Girl Productions. A content creator by soul, Dhupia’s entertainment podcast show #NoFilterNeha that has been soaring high and now enters into its fourth season.

They say creative minds work in a unique way. So when Rishi Malhotra, Co-founder, JioSaavn asked her to come up with an audio show, Dhupia had an idea in just three hours. In a month, the podcast was rolling and they had some biggest Bollywood celebrities having unfiltered chat with her. The concept of the podcast was new in India when Dhupia ventured into the medium.

However, she as a producer had her facts straight, “I may have not studied economics and marketing but I have spent enough years in life to know that you don’t have to be at the top of the curve but ahead of the curve. Television was already flooded with the best shows. If you got to be the frontrunner, you had to enter the smaller market and audio was one then. We are on the fourth season of #NoFilterNeha and couldn’t be happier and prouder.”

Standing against the sunlight in a bright red dress, Dhupia spoke about how she always intended to become a content producer apart from being an actor. “We are in 2020 now and if you are not doing five jobs but just one, you are not good enough. Being an actor, being on television, being an anchor, running a content production company — I feel like I had to do this. A few years back everybody would be like this is a great show, how do we take this forward? I wanted to go beyond it and not just think about what’s my next job is going to be? Four years ago, I created #NoFilterNeha and was lucky enough to have fabulous co-producers who started Saavn which is now JioSaavn. I am a part of that growth as well,” she shared.

Having shot with her for almost a couple of hours now, we have seen her juggling between a number of activities and planning her commitments. “I have the spirit of a go-getter. I will get things done by hook or by crook. I am good at striking deals and that spirit of mine as an actor and entrepreneur always helps me. I am also very clear about the things I don’t want to do. I always feel like I am going to give 200 per cent to everything I have committed. I am never up for a bad deal,” she said. 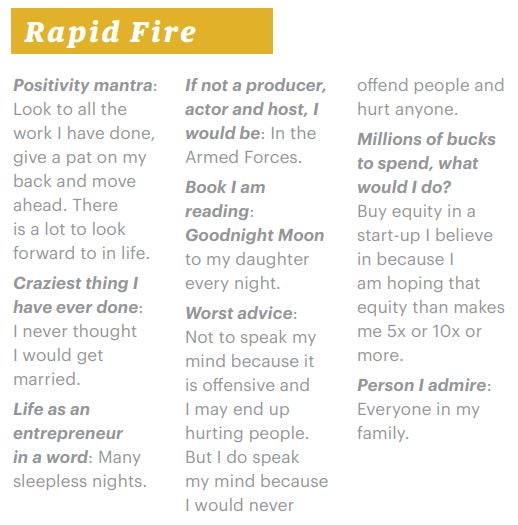 All set to wrap up, Dhupia shared her plans for Big Girl Productions, saying, “I use my leisure time on planning what I want to produce and create next. Intellectual Property is the real wealth in entertainment because if you own it and create it, that is what’s going to pay you back in a few years from now. As far as content production is concerned, 2020 will be a big year with a mixed bunch of content.” “When you are at the start-up mode, you should talk less and do more,” Dhupia concludes while talking about her journey as an entrepreneur.