Can Cryptocurrencies Gain Prominence in Europe Despite EU Jitters?

As the appeal of cryptocurrencies and uncertainty in the EU continue to grow, can digital currency strike an amicable relationship with Europe beyond all the red tape?

By Dmytro Spilka March 3, 2020
Opinions expressed by Entrepreneur contributors are their own.
You're reading Entrepreneur Europe, an international franchise of Entrepreneur Media.

The rise of cryptocurrencies has been unignorable. In late 2017, Bitcoin gave the world a taste of its potential when the digital coin lept to values of nearly $20,000 before dipping back down to Earth.

Jumping on Bitcoin's potential is Germany. Cryptocurrency adoption across Germany is high among 18-29-year-olds, despite the country possessing one of the safest economies in the world alongside a thriving fiat currency in the Euro.

With widespread interest in cryptocurrencies hotting up, Facebook announced its own stablecoin in the form of Libra. However, despite the move drawing widespread interest prior to its unravelling, the European Union acted fast in stopping the project in its tracks in terms of European implementation.

The EU's stance on technology has always been a sceptical one, despite the Union's admirable prioritising of privacy within 2018's implementation of GDPR, the move came into criticism for its unforeseen restrictions on businesses. Already, there have been around 90,000 data breach notifications. 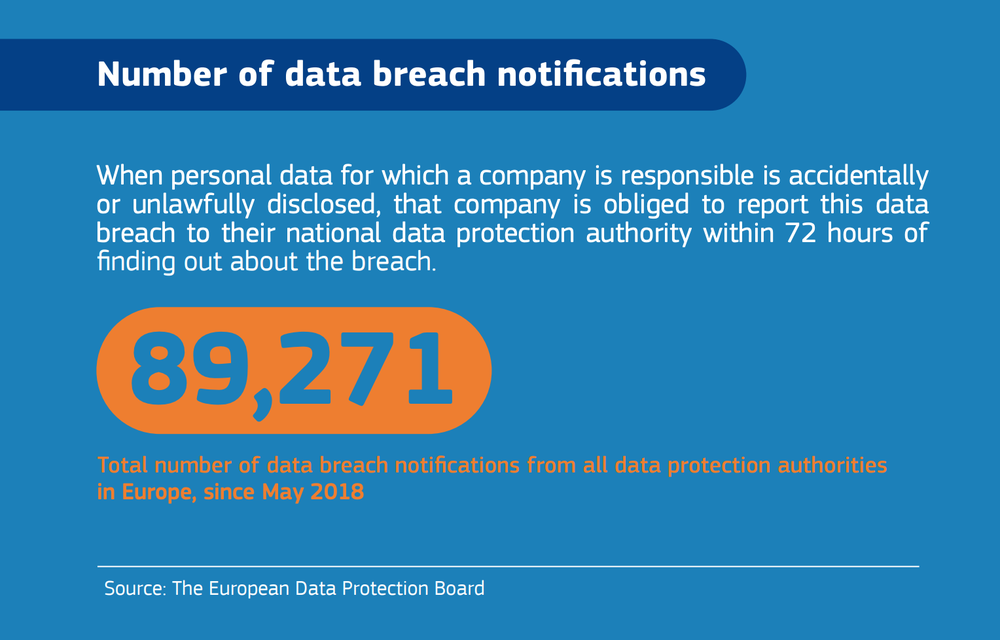 As the appeal of cryptocurrencies, and stablecoins in particular, continue to grow in member states, can digital coins strike an amicable relationship with the EU beyond all the red tape? Let's explore how the future of European crypto could look:

Putting the brakes on Libra

In December 2019, the European Union provided some clarity on its approach towards the adoption of cryptocurrencies across member states. EU finance ministers agreed that private digital currencies, like the Libra stablecoin proposed by Facebook, would not be allowed in the Union until the risks they pose can properly be addressed.

The announcement represented another blow for Facebook's embattled stablecoin project, which has attracted almost-universal criticism from regulators worldwide over potential impacts on financial systems upon its release.

EU ministers announced that "no global stablecoin arrangement should begin operation in the European Union until the legal, regulatory and oversight challenges and risks have been adequately identified and addressed," in a joint statement.

Facebook had already suffered heavy losses among its collaborators on the Libra project, with the likes of Mastercard and Visa abandoning its commitments for the currency's implementation in October.

As things stand, buying and selling cryptocurrencies is legal across the EU, however taxation on crypto assets can vary from state to state, and profits can be charged at rates of between 0% and 50%. In 2015, the Court of Justice of the European Union ruled that exchanges of traditional currency for cryptocurrency should be exempt from VAT.

The EU has clearly stated that no member-states are permitted to introduce their own cryptocurrencies as part of their regulations.

The European Union's characteristically cautious approach was made with the intentions of preserving the integrity of its existing financial systems. While this may keep the value of fiat currencies safe, it feels somewhat close-minded at a time where physical money usage is dwindling across the continent and nations like Germany are building Bitcoin portfolios.

The relatively strong financial climate across Europe is a key factor in the EU's reluctance to embrace governmental crypto, but leaders will no doubt be keeping an eye on nationwide projects elsewhere.

Venezuelan President Nicholas Maduro has decided to attempt to salvage his nation's faltering economy with the introduction of a national stablecoin, the Petro. The coin, which is pegged to the nation's oil reserves, has been designed to maintain its value, while the country's fiat currency, the Venezuelan Bolivar continues to suffer from extreme inflation.

Maduro has stepped up efforts to encourage adoption of Petro, and has recently announced that the capital city of Caracas will build a casino driven exclusively by the stablecoin in a bid to encourage a widespread switch among citizens.

Of course, it's worth pointing out that the political unrest in Venezuela will inevitably make them a flawed case study, but lessons can be learned in terms of adoption figures and the practical usage of stablecoins to perform everyday tasks.

It's worth noting that despite the EU's reluctance to wholly embrace stablecoins, the Union has left the door open to crypto-assets that can pass a series of regulatory tests.

The European Central Bank (ECB) has noted that a compliant public digital currency could represent an actionable alternative to private cryptocurrencies.

In a document that was presented to EU finance ministers, the ECB suggested that a public digital currency may become a practical solution if payments within Europe remained too expensive.

The ECB concluded their findings by suggesting that digital coin adoption could be much more seamless if the usage of physical cash continued to fall across the continent. However, the bank also noted that the impact of such an initiative on the European financial system could be significantly large - thus, a careful assessment would need to take place.

Curiously, Reuters published a story in November 2019 that claimed the EU's fear of Libra had prompted them to look into releasing their own stablecoin cryptocurrency.

Given the nature of how stablecoins maintain a consistent price, any future crypto project will likely be tethered to an existing fiat currency, or more likely to a precious metal like gold. Centralised IOU stablecoins like Tether (USDT) and TrueUSD (TUSD) are pegged to real-life assets like the US Dollar and gold in order to maintain a stable price.

If the EU was planning to launch its own competitive cryptocurrency, it would likely take the form of a centralised IOU coin, as opposed to crypto-collateralised stablecoins like Timvi (TMV) and Dai (DAI), which link themselves to other decentralised cryptocurrencies like Ethereum in order to maintain a consistent price.

Logically, the EU's reluctance to embrace projects like Libra would make sense if the Union had ambitions that focused on the development of its own continental cryptocurrency. However, a European Union source pushed back on Reuters' story, explaining that "There's absolutely no commitment at this stage to put in place a new cryptocurrency."

The source added that the EU's decision to bring stringent regulations for the anticipated arrival of Libra was made "to highlight the need for a proper regulatory framework for those stablecoins and as a consequence, different ideas should be explored. One of them is the possibility of having something that is managed by the ECB and other central banks."

Will Europeans be using cryptocurrencies in everyday life in the future?

The popularity of cryptocurrencies is vast, and with nations already experimenting with stablecoins as a method of alleviating their respective struggling economies, the European Union may find itself in possession of a number of tangible case studies in the near future. 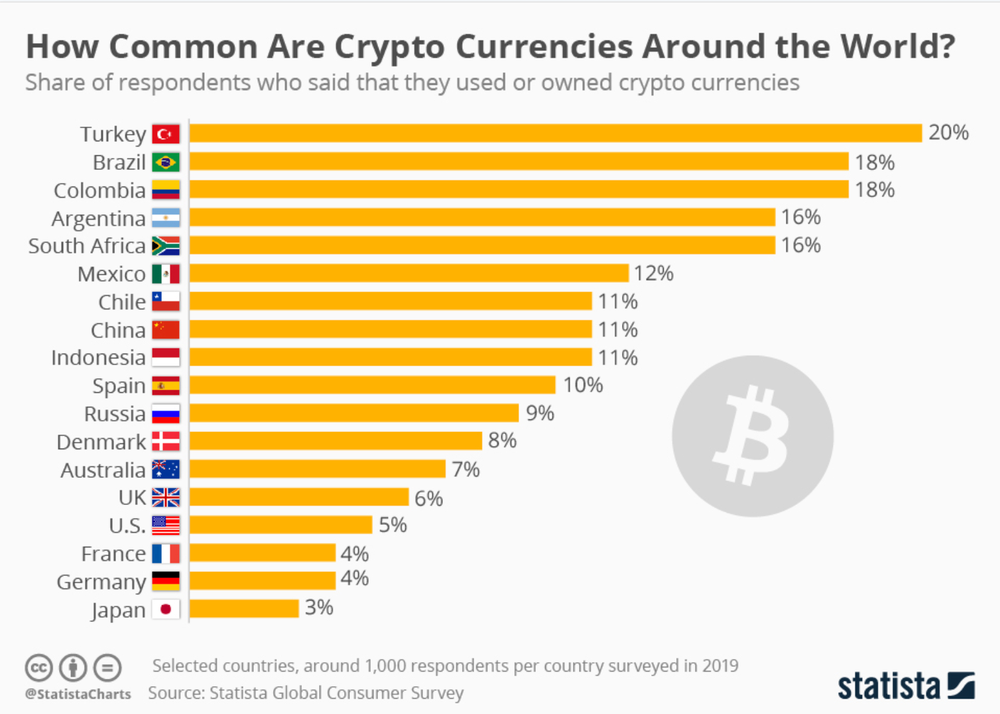 The EU's warning toward Facebook ahead of the proposed launch of Libra will no doubt be a concern for other major players looking to bring an alternative stablecoin onto the continent. If an organisation with the power that Facebook possesses runs into roadblocks then the consequences could be dire for smaller organisations.

However, what may be more likely is the development of the European Unions' own regulated stablecoin, designed to operate in tandem with the Eurozone. There are plenty of factors to consider before the continent will be travelling from town-to-town with train tickets paid for by EU stablecoins, but it's plausible that as the potential that stablecoins are finally being realised, the only entity that the European Union fully trusts - for better or worse - is itself.

Travel Smarter This Summer with This Rosetta Stone-Highlighted Bundle