The Indian franchise industry has been growing at an amazing rate, spurred by the changing lifestyle preferences of the millennials

By Sachin M December 1, 2019
Opinions expressed by Entrepreneur contributors are their own.
You're reading Entrepreneur India, an international franchise of Entrepreneur Media.

India remains a ‘sizzling’ marketplace for franchising. Take a leisurely walk in any Indian metro or upcountry market, and the bustling markets greets you with the choicest top brands. The teeming millions are lapping up the likes of OYO, Titan, Levi’s, Ferns N Petals, Lenskart, Kidzee, Domino’s or McDonald’s like never before. While the Indian economy has seen many ups and downs in 2019, it has been a busy year for the franchise industry. Franchising in India has witnessed a four-fold growth since 2013 and is estimated at USD 50.4 billion currently. A majority of this growth can be attributed to professionals, especially from the IT background. 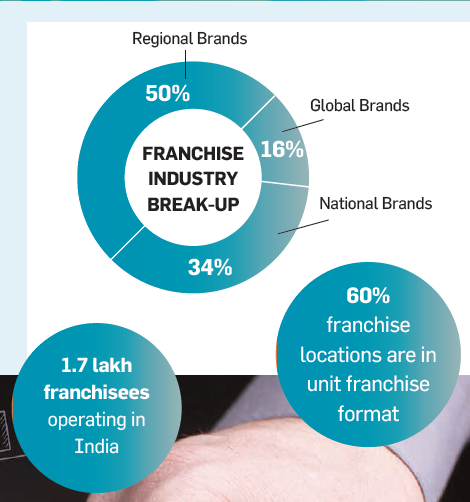 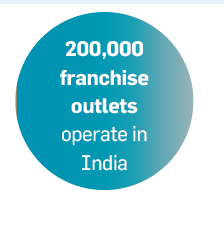 The franchising industry in India is growing at 30-35% year-on-year and is pegged to touch USD 100 billion by 2024. India is already the second-largest franchise market in the world, after the US, with over 4,600 active franchisers and nearly 2,00,000 outlets operated by almost 1.7 lakh franchisees. During the last two years, multi-unit franchising has grown by over 36%. However, the Indian franchise market is still very young; the industry accounts for roughly 2% of the national gross domestic product (GDP).

The job creation is estimated to be to the tune of 1.5 million in the franchise industry in India. Almost 1,000+ new retail brands adopt franchising every year. With India poised to become the third-largest consumer market coupled with over 85% growth in number of high net worth investors (HNIs), the country is certainly becoming a franchise hotspot. The most successful franchise brands, Indian or global, are the ones that are contemporary, relevant, and reflective of modern consumer preferences.