Four new tax slabs have been introduced, making it a total of seven slabs. 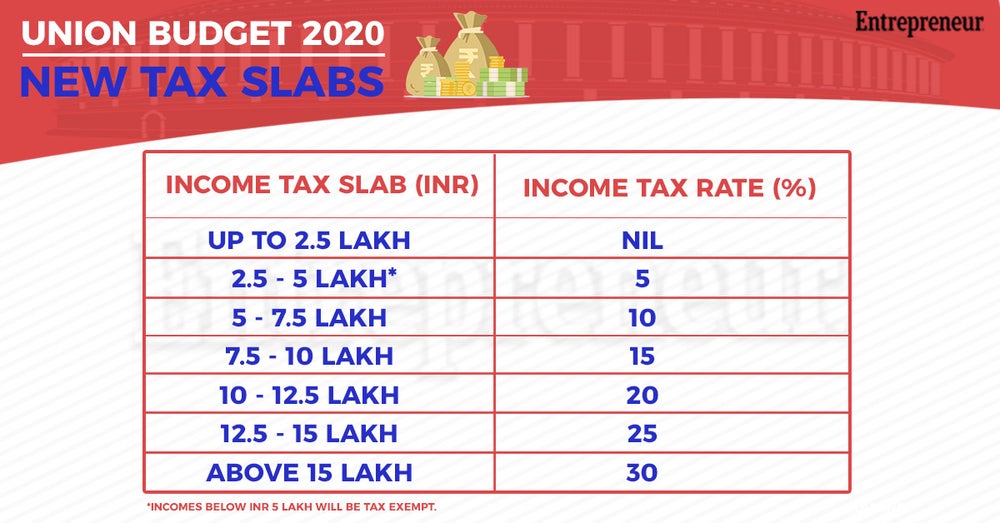 Under the new tax rules, those earning INR 5-7.5 lakh will get a concession of 10 percentage points from the current tax rate, whereas annual income of INR 7.5-10 lakh attract 5 percentage points less tax. However, all without deductions.

The taxpayers have the option to continue with the current tax rates and avail various deductions available. Archit Gupta, founder and CEO, Cleartax, says the government offering a choice between the two tax regimes might be an exercise for them to see how the new proposal works out. “The new regime appears as the government’s roadmap to taking away all deductions and exemptions in the coming years,” he says.

While a break for middle-class taxpayers, the new tax regime offers no respite to the rich and super rich as tax rates of incomes above INR 15 lakh remain unchanged.

In the wake of the Punjab and Maharashtra Cooperative (PMC) Bank crisis, the government has also decided to increase the deposit insurance from the current INR 1 lakh to INR 5 lakh for each account. This will be a huge relief for depositors as many lost money in the PMC incident.

The new regime has removed around 70 of the existing deductions and exemptions including HRA, LTA, standard deduction and 80C, which includes investments in Public Provident Fund (PPF) and Equity-Linked Savings Scheme (ELSS), among others. (see graphic) 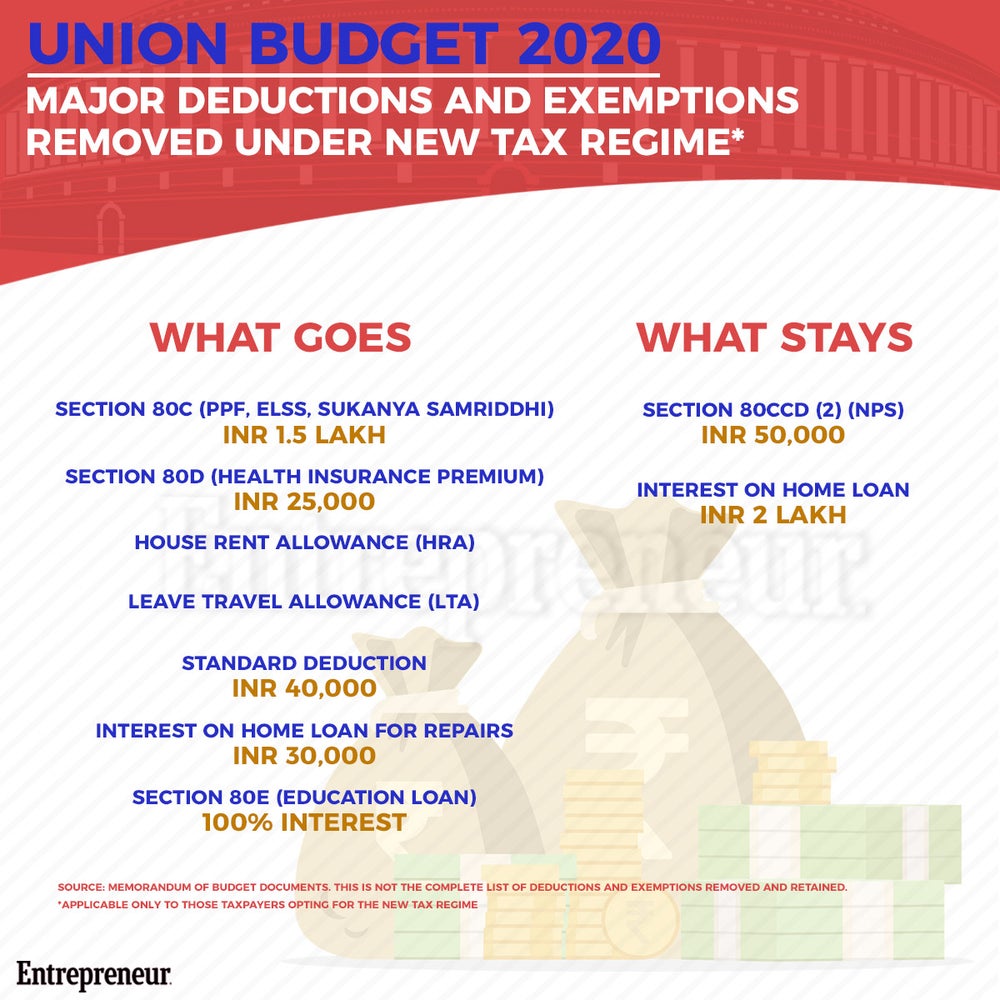 The exchequer will have to forego about INR 40,000 crore in tax revenues due to revised tax slabs, as stated by the finance minister during the Budget speech.

Also Read: Budget 2020: A Precious Little Something for Everyone

How Will the Taxpayer Benefit?

Experts say the new tax regime may not be suitable for everyone. “With the optional new regime, taxpayers will have to evaluate what works better for them,” says Gupta. “Those committed to long-term saving and investing via Section 80C may be discouraged and this may likely demotivate taxpayers to opt for tax-saving linked investing, like in ELSS and PPF.”

Sousthav Chakrabarty, CEO and co-founder, Capital Quotient, sees a silver lining in the deductions. “With the host of deductions removed, mis-selling of insurance and other products that happens in the name of tax saving will hopefully reduce,” he says.

Also, Sitharaman said during her speech that this will help taxpayers file their tax returns on their own without the help of professionals.

Resolving Tax Disputes To Get Easier

The Budget proposed two schemes with regard to dispute settlement, which aim to fast track appeals and impart greater transparency.

First, in line with previous year’s ‘Sabka Vishwas’ scheme for indirect taxes, Sitharaman announced amnesty scheme ‘Vivad se Vishwas’ to reduce litigations in direct tax. Under the scheme, a taxpayer will be required to pay only the disputed amount and get a waiver of interest and penalty, provided he pays by 31 March, 2020. However, the scheme will remain open till end of 30 June, 2020, but taxpayer will have to pay an additional sum.

Second, Sitharaman proposed faceless appeals for resolving tax disputes without personal contact between the taxpayer and IT official. If implemented, online appeal will also lead to transparency in the dispute resolving process.