This Sector in Southeast Asia Showed Growth, Even as It Slowed for Other Regions

Southeast Asians are still excited as ever about smartphone devices, a study showed
Next Article Add to Queue

Four out of five countries in Southeast Asia showed a 3 per cent growth in sales of technical consumer goods in 2019, a study by analytics firm GfK Global showed, in sharp contrast to other regions in the world that reported a slowdown.

With the exception of Indonesia, where TCG sales revenue was flat, Malaysia, Thailand, Singapore and Vietnam all reported single-digit growth, helped by the home appliances and telecom sector, the study said. 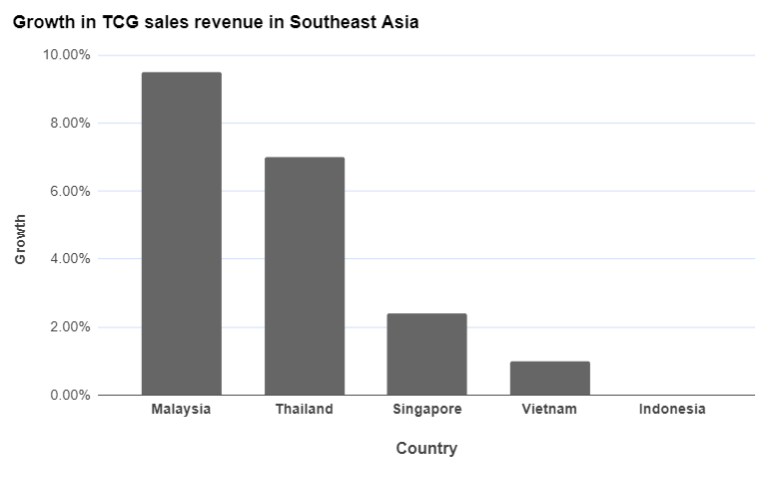 Smartphone sales  - which largely makes up the telecoms sector - contributed to over half of the total revenue in Southeast Asia, the report said, indicating that there was still ample demand for innovative smartphone technology in the region.

“It is interesting to highlight that although a slight decline was seen in the global Telecoms market, the sector continued to grow in this region,” said Alexander Dehmel, associate director at GfK.

“Southeast Asia is one of the few regions worldwide where smartphone sales have not yet reached a plateau—a clear indication of consumers’ sustained interest in the device, driven by the continued innovation of manufacturers in an intensely competitive market,” he added.

This chart shows which sub-sectors grew, and by how much, in 2019. 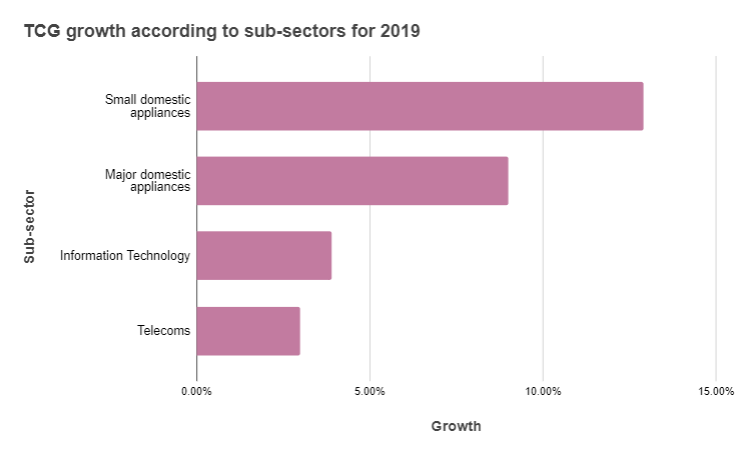 GfK added it expects the home appliances sector to continue to grow by nearly 5 per cent in 2020, thanks to the U.S.-China trade spat finally settling down.

“However, market performance will also be dependent on the severity of the coronavirus outbreak, and how the weather will pan out this year,” added Dehmel.

Globally, GfK said it sees consumer spending in the technical consumer goods sector increasing by 2.5 per cent in 2020, to nearly 1.05 trillion euros (~$1.65 trillion), including the tech and durable goods markets.

The TCG sector includes consumer electronics, small and major domestic appliances, photos such as digital cameras, information technology such as laptops and tablets, and telecom, which includes smartphones.

A Not-so-surprising but Still Surprising Revelation

Sales in the domestic appliances category were majorly boosted by air treatment products and air-conditioners, GfK said, with consumer demand heightening throughout the year across different markets.

“Air treatment was one of the hottest topics in 2019 with consumers purchasing products to make their lives healthier and more comfortable,” Dehmel said.

Heatwaves, high levels of air pollution, haze and smog all added to demand in products that could clean and cool air in 2019, the study said.

A WHO report last year showed that children, in particular, were more vulnerable when exposed to polluted air, and risked contracting lifelong respiratory diseases such as asthma, pneumonia, bronchitis and decreased lung function, among others.

In fact, the study stated that air pollution was the leading cause of hospitalisation among children worldwide, and especially in Southeast Asia.