Arvind Kejriwal: From a Bureaucrat To Aam Aadmi's Neta

According to results declared by the Election Commission of India (ECI) on Tuesday, Kejriwal-led Aam Aadmi Party (AAP) won a landslide 62 constituency seats of the total 70. This will be Kejriwal’s third term as Delhi’s chief minister.

Kejriwal announced his political debut with the formation of AAP in 2012. Soon after, he defeated three-term chief minister late Sheila Dikshit in the 2013 Delhi assembly elections. However, his first stint as the chief minister lasted for only 49 days as he decided to quit over delays in introduction of anti-corruption legislations proposed by him.

However, exactly one year later the poster boy of anti-corruption campaign returned even stronger in the capital city state by bagging a staggering 67 seats and defeating the two national parties—Bharatiya Janata Party and Congress—in the 2015 assembly elections. This time, Kejriwal established his intent that he’s here to stay for the long haul and his stunning victory in 2020 assembly election is a testament to it.

The 51-year-old former tax officer’s journey to arguably become aam aadmi’s favorite neta in the national capital has not been an easy one. From crusading against bureaucratic corruption during his own bureaucratic days to facing corruption charges himself, Kejriwal has come a long way. But amid all, one thing is clear—love him, hate him but you can’t ignore Kejriwal. 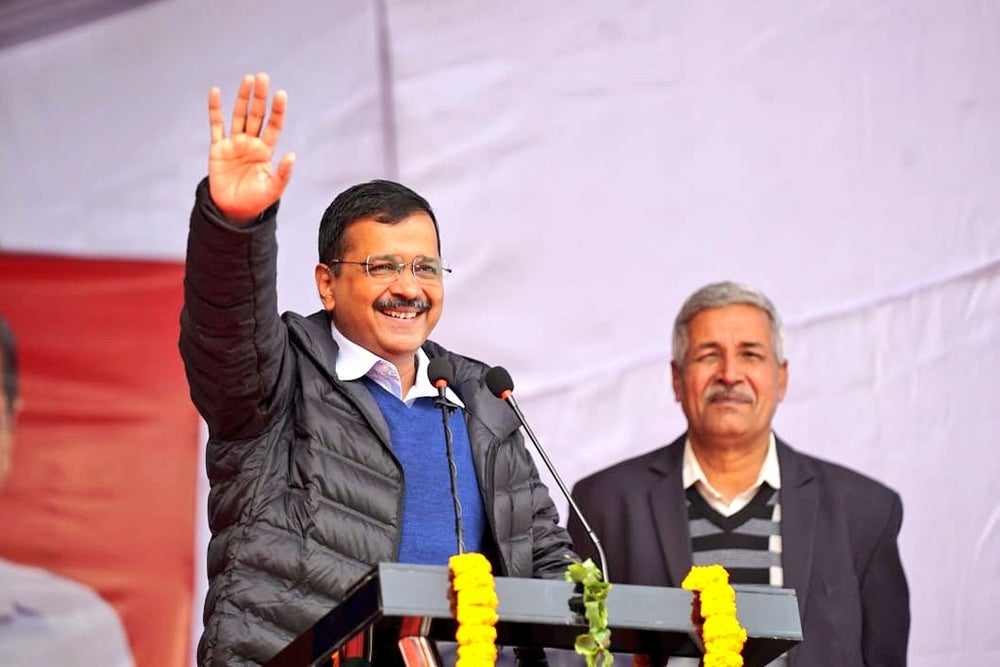 As the unassuming AAP leader gears up for his third term in Delhi, Entrepreneur India traces the journey of Arvind Kejriwal.

Born in a middle class family in Haryana, Kejriwal completed his graduation from Indian Institute of Technology (IIT), Kharagpur in 1989. A graduate in mechanical engineering, he worked in Tata Steel for nearly three years before deciding to appear for civil services examination.

In 1995, Kejriwal joined the Indian Revenue Service (IRS) as an assistant commissioner of income tax. Between quitting his job and joining IRS, Kejriwal claims to have worked with Mother Teresa for a short period at her Kalighat Ashram in then-Calcutta.

Within four years of service, Kejriwal started his fight against corruption by founding Parivartan in 1999 along with Manish Sisodia and others.

It is believed that Parivartan was a result of Kejriwal’s first-hand experience with deep-rooted corruption in government departments during his service. It was established as a grass-root activism organization aimed at resolving people’s complaints related to income tax, electricity, public work and public distribution system (PDS), among others.

Characterized as a jan andolan or people’s movement, the organization helped people whose bills were stuck in various departments or pensions blocked by greedy bureaucrats in getting their work done without having to pay bribes.

Parivartan was not an non-governmental organization (NGO) then.

Kejriwal officially quit his job with the income tax department in 2006 to focus on Parivartan and registered an official NGO focused on right to information, called Kabir.

Along with other activists including the likes of Anna Hazare and Aruna Roy, Kejriwal was on the forefront of the fight for the implementation of Right to Information or RTI Act in India, which was enacted in 2005.

For his contribution to the RTI movement and work through Parivartan, Kejriwal has been honored with the prestigious Ramon Magsaysay Award for Emergent Leadership.

Kejriwal’s participation alongside Anna Hazare in the 2011 hunger strike to get anti-corruption Lokpal bill in Parliament brought him to the limelight.

Jan Lokpal Bill demanded appointment of a national ombudsman who will have independent powers to investigate ministers with corruption charges, including the Prime Minister.

The then ruling United Progressive Alliance (UPA) government agreed to implement a strong bill to bring the hunger strike to an end, but later in 2012 backtracked on its decision. It was followed by another round of protests by the Jan Lokpal activists, but this time with Kejriwal as the face of the protests instead of Hazare. 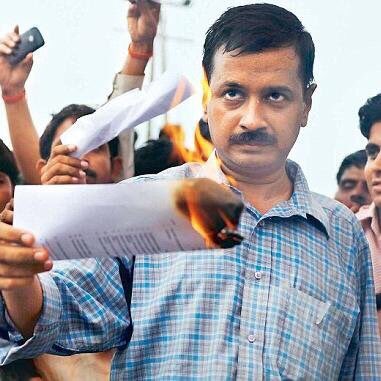 This time, protests gained lesser momentum following which Kejriwal along with other activists decided to enter politics and fight elections to effectively bring about a change.

AAP was formed in November 2012, almost a year prior to Delhi elections, with Kejriwal elected as the party’s national convener.

The petite CM of Delhi has over the years established himself as the representative of the aam aadmi’s or the common man’s interests. And rightly so because Kejriwal during his tenure as the CM has largely been occupied with basic public issues of water, electricity, transport and corruption. 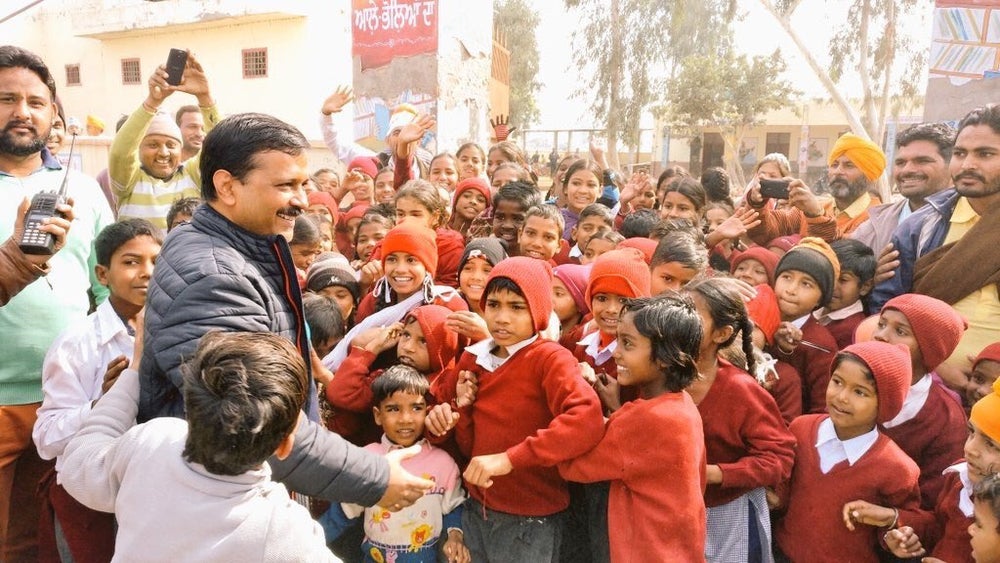 February 2014: Resigns as CM over delay in drafting of Lokpal Bill

February 2015: Wins 67 seats in Delhi election; swears in as CM for second time

During vote count on Tuesday, Kejriwal in a tweet reiterated his stance on access to cheap electricity to all.

Kejriwal’s political journey has its fair share of controversial tales. While political leaders like Nitin Gadkari and late Arun Jaitley have filed defamation suits amounting to as much as INR 10 crore against him, he has also been alleged of taking bribe from a former AAP member Kapil Mishra. However, nothing concrete came out of Mishra’s allegations.

Sushma Swaraj – The Woman of Many Traits