The restaurant is hosting a competition for all GCC-based influencers to show us what they've got.

By May Rostom February 25, 2020
Opinions expressed by Entrepreneur contributors are their own.
You're reading Entrepreneur Middle East, an international franchise of Entrepreneur Media.

Have you ever wondered about the impact social media influencers and content creators have on restaurants in the GCC?

The team behind Rue Royale Restaurant did just that, and they decided to put things to a test: how good are influencers really at influencing? With the Rue Royale Games 2020 (#RRRG2020), the restaurant is hosting a competition for all GCC-based influencers to show us what they've got.

“I’m a restaurateur, but also a fan of science," said Dr. Huda Al Tukmachy, Director of Rue Royale Restaurant, in a statement about the competition. "I like to think that influencers can make a difference to a restaurant’s footfall, but I also like to see transparency and data-driven evidence of influencer marketing campaigns."

"That’s why I decided to challenge the region’s influencers to The Rue Royale Games," Al Tukmachy continued. "If we’re successful, it’s a win-win for both sides: the restaurant gets more footfall, and the top-ranked competitors get a best-practice case-study showcase to convince others that their influencer marketing activities really produce results.” 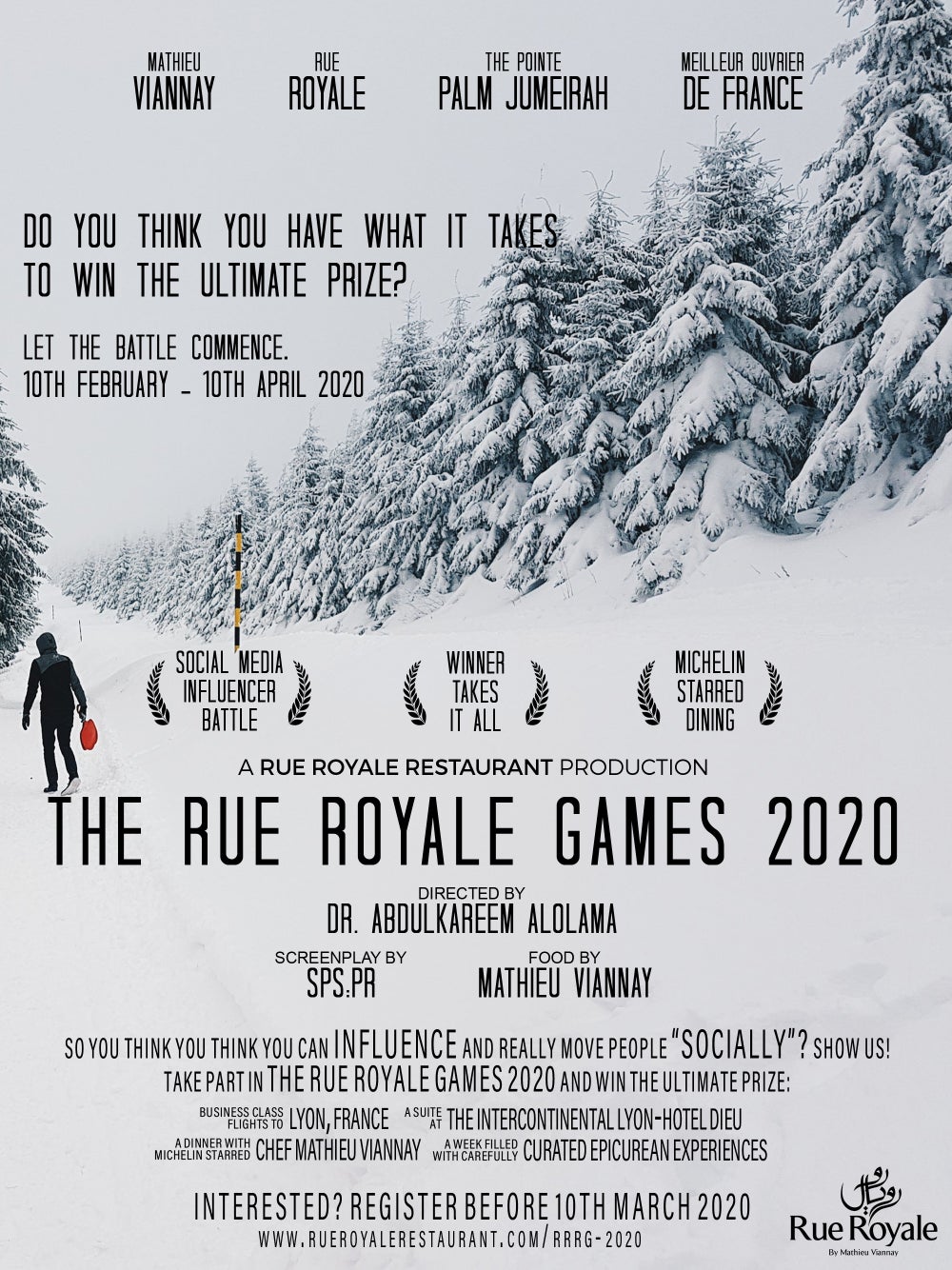 But that's not all what the winners of the competition stand to gain- prizes include an all-expenses-paid trip to Lyon, the gastronomical capital of France, business class return flights for two people, a swanky suite at the über-luxurious InterContinental Lyon – Hotel Dieu, a dinner meeting with Chef Mathieu Viannay at his restaurant La Mere Brazier (which inspired Rue Royale Restaurant), as well as meals at fine-dining restaurants like L’Auberge du Pont de Collonges– one of only 137 restaurants worldwide to achieve three Michelin stars.

Anyone who considers themselves a social media influencer should register online before 9th March 2020. Every successful applicant will receive a unique referral code, which entitles his/her followers to enjoy a 25% discount on the entire menu at Rue Royale Restaurant between 10th March – 9th April 2020.

Go on then- we're daring all of you self-proclaimed influencers to have a go at this competition. We simply can’t wait to see what the final verdict will be!

Related: Influencer Vs. Hotel: When Businesses Bite Back