With a net worth of $42.3 billion or INR 3.1 lakh crore, as on the day of filing this story, Ambani is placed on the 19th position on Bloomberg Billionaires Index, a daily ranking of the richest people, preceded by Ma with net worth of $45.7 billion.

Amazon’s Jeff Bezos, Microsoft founder Bill Gates and CEO and chairman of Berkshire Hathaway Warren Buffett were the top three on the list with net worth of $117 billion, $107 billion and $79.8 billion, respectively. Apart from Ambani, Wipro’s Azim Premji (67), HCL founder and Chairman Shiv Nadar (84) and banking tycoon Uday Kotak (98) are the other three Indians in the top 100 list.

The Chinese e-commerce tycoon Jack has climbed up on the first position in Asia rich list of Bloomberg after nearly two years. Ma too suffered a loss of $1.06 billion on the same day, with most of Alibaba’s businesses hit by the coronavirus crisis. However, its damage was contained by an increase in demand for its cloud computing services and mobile apps, as per the Bloomberg report. 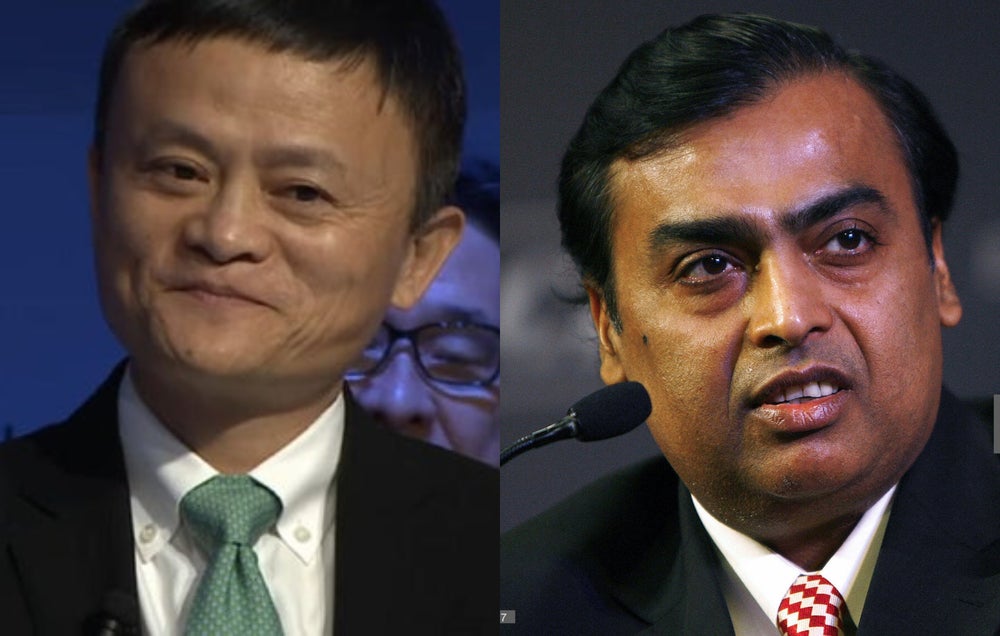 Oil price saw the steepest fall in the last 29 years on 9 March as price war between Saudi Arabia and Russia intensified. In a struggle for market share while Saudi Arabia slashed its crude pricing in a bid to pump more output in the market, Russia, the largest producer who is not part of OPEC (The Organization of the Petroleum Exporting Countries), said it will ramp up production next month.

Brent Crude price has crashed to $36 per barrel from around $68 at the start of the current calender year.

This all-out price war resonated through stocks of energy industry, with Reliance Industry shares slipping as much as 12 per cent on 9 March. The Indian stock market dipped by almost 2,000 points on 9 March hit by a variety of factors, including deepening Yes Bank crisis and rising coronavirus cases in the country, apart from the crash in global crude prices.