Social media influencers are here to stay, and Jeetendr Sehdev's The Kim Kardashian Principle has been billed as a blueprint for selling yourself the right way.

By Tamara Clarke
Opinions expressed by Entrepreneur contributors are their own. This article was updated on April 30, 2020
You're reading Entrepreneur Middle East, an international franchise of Entrepreneur Media.

Love them or loathe ‘em, social media influencers are here to stay, and not only has Jeetendr Sehdev championed this new segment of celebrities, he’s also written The Kim Kardashian Principle: Why Shameless Sells and How to Do it Right, which has been billed as a blueprint for selling yourself the right way. Sehdev got onboard this trend rather early- in 2014, he detailed the power of YouTube stars versus traditional celebrities in an interview with Variety magazine, which went viral and became one of the most cited studies on celebrity branding at that time. Since then, Sehdev has become an influencer in his own right, becoming as recognizable as the celebrities he talks about. He’s become widely regarded as one of the most influential global thinkers in the world of branding, known not to hold back and instead tell the unadulterated truth about what drives influence.

That can be one of the reasons behind the success of The Kim Kardashian Principle, which was released in 2017 and ended up topping bestseller lists around the globe. While the book is a qualified, well-founded piece of work, the title is an instant attention-grabber– which was a very clever and deliberate ploy used by Sehdev to prove a point about the influence of the second eldest Kardashian sister. “I remember coming up with the name The Kim Kardashian Principle quite instinctively,” Sehdev recalls. “I was in New York with my agent at a coffee shop. He put me on the spot, and asked me what I wanted to name my book, and it was one of the first titles that came to mind. I’ve always been inspired by strong female leaders like Kim, who march to their own drumbeat, and are unafraid of the judgment from others.” 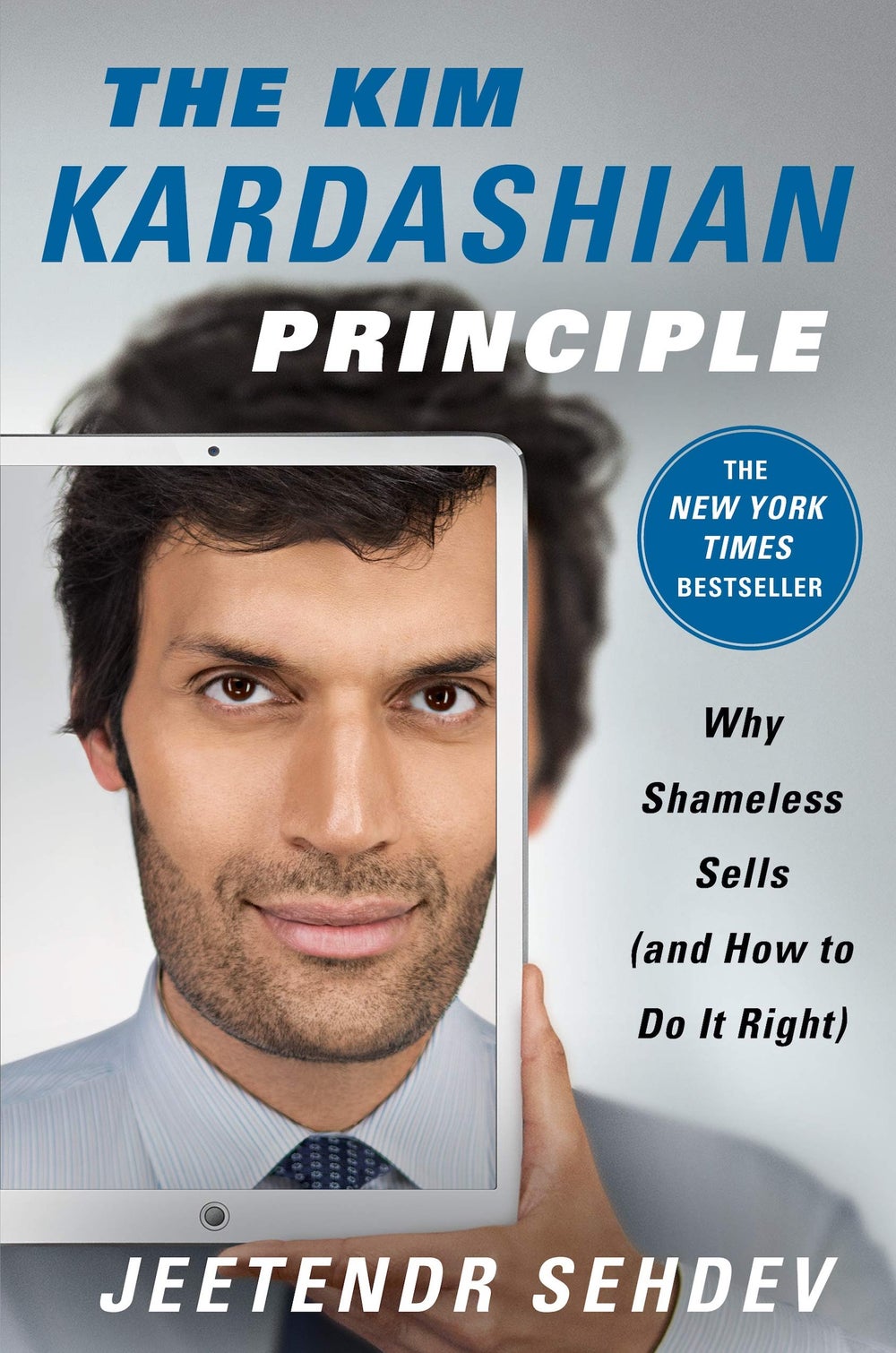 Now, while Kim Kardashian may well be a polarizing figure in the world of today, according to Sehdev, her business savvy, her shameless approach to overexposure, and her massive appeal make her a force to be reckoned with regardless of what one may think of her. Indeed, Kardashian has ended up inspiring a legion of people who’ve transformed themselves into recognizable brands– those who wield enough influence to pay the bills. This is true for the MENA region as well, with Sehdev pointing to the UAE as an example of a market that has social media influencers playing a key role in it. “Social media influencers are huge in the UAE,” he notes. “Look at the likes of Huda Kattan, Taim Alfalasi, Abdulaziz Baz. And more than half the population out here uses social media.”

Related: How Huda, Mona, And Alya Kattan Built Huda Beauty Out Of Dubai

But look past the legions of fans who bestow their appreciation on these influencers with likes, loves, and wows, there are also many who don’t believe the hype- what does Sehdev have to say about them? “Look, where there’s success, there is going to be criticism,” he replies. “That’s just a fact of life. But it is sad how we live in a world that tries to bring people down instead of pulling them up. I find it exhausting. It reminds me of when people laughed at the fact that I referred to celebrities as brands. Seven years later, those exact people are writing their own stories about celebrities as brands.” In terms of advice for those of us getting this kind of criticism on social media, Sehdev suggests holding on to the ethos of letting your haters be your motivators, and thus press on and live in their truth, no matter what. After all, Sehdev believes that a world where influencers have a starring role is likely to be the new normal. “I don’t see teens abandoning their phones and heading back to TV or the cinema anytime soon,” he says. “Besides, we’re already seeing traditional celebrities adopt more of the social media influencer behavior too. So, I suppose the question should be: do traditional stars have staying power?”

Now, Sehdev might not have the answer to that particular question, but he does know how celebrities –and anyone for that matter– can position themselves to win in an ever-crowded digital world: authenticity. “Today, audiences judge you on your personal moral code, and whether you put your unique self, or the opinions of others, first,” Sehdev says. “They respond to people with a point of view, people who stand for something original, whether they agree or disagree.” According to Sehdev, being your true, unadulterated self is what helps you win in the long run. Just look at Kardashian- she has, after all, indisputably shaped celebrity culture by overexposing herself, flaws and all, to the masses, and as such, she’s a shining example of how keeping it real can pay off.

Led By Sommer Ray, the Era of the Influencer-Entrepreneur Is Upon Us