In the wake of the controversy surrounding Patanjali's Coronil and HUL's Fair & Lovely , community platform LocalCircles conducted a survey to do a pulse check on the issue of misleading advertisements

This week has been about advertisements and branding.

Ramdev owned Patanjali Ayurved launched ‘Coronil’, advertising it as a guaranteed Ayurveda cure for treating Covid-19 and FMCG major Hindustan Unilever Limited (HUL) announced its decision to strike down ‘Fair’ from their hugely popular brand Fair & Lovely. Both the news raised a furor on social media. While some questioned authenticity of Coronil, others called HUL’s move largely toothless as the product will continue to be sold. Of course, both the headlines attracted their fair share of applauds too.

What’s interesting is that irrespective of their opinions on advertisments and their social implications, majority Indian consumers do not trust ads when it comes to purchasing products, as report by LocalCircles shows. A limited 28 per cent of the 8,759 respondents said they rely on advertisements for their purchasing decisions, as per the survey conducted by the community platform.

“Many consumers have said that they have believed some ads in the past and bought the product, only to have their trust broken as everything shown in the ad was not true,” the report stated. 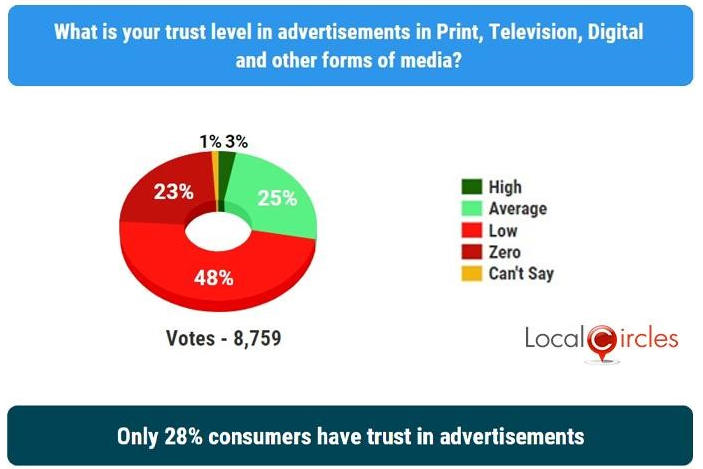 On being asked of which category of products do they frequently find misleading advertisements, cosmetic products and services topped the list with 30 per cent votes, followed by real estate with 22 per cent votes.  Food products and supplements (15 per cent) and health product and services (11 per cent) were the other sectors that showcase maximum misleading ads, as per the survey. 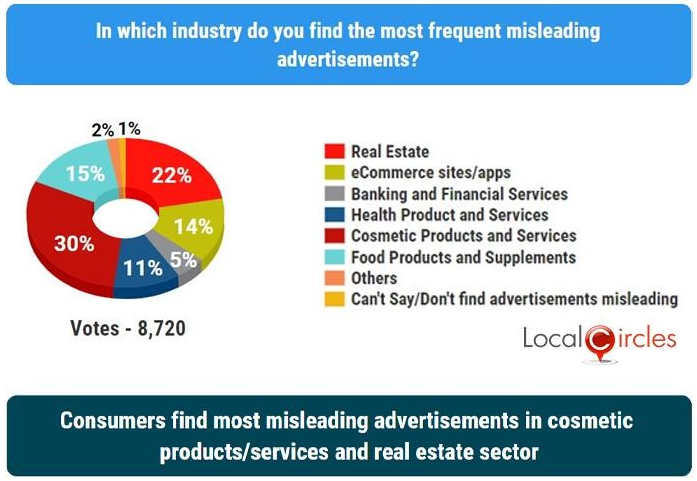 The menace of deceptive advertisements needs resolution as it can cause financial, health or even loss of life to consumers. About 21 per cent respondents said they have incurred both financial and health losses as a result of relying on advertisements that were later found to be false.

Celebrity endorsements are an effective marketing tool for companies because of the power of influence famous people can have on consumer’s purchasing decisions. For the same reason, celebrity endorsements have lately come under the scrutiny of regulators as more and more instances of misleading celebrity ads come to the surface. The survey also reiterates the same as about 75 per cent respondents reported that in recent years they have come across advertisements by a celebrity that they later discovered to be false or misleading.

To make regulations more effective, consumers believe that a government body should take charge, as per the report. As much as 80 per cent consumer respondents said they want regulation of misleading advertisements to be done by a government body instead of an industry body. Currently, misleading ads are regulated through Advertising standards Council of India (ASCI). 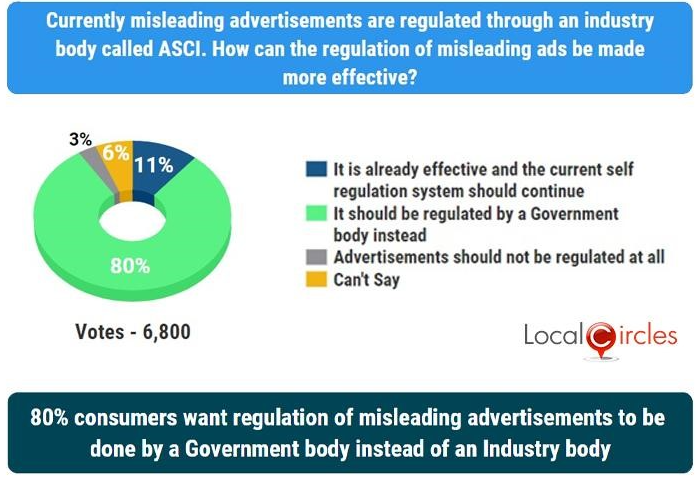 It is important that celebrities have some sense of responsibility and level of awareness about the brands they endorse. In an attempt to inculcate this, the Consumer Protection Bill, 2019 passed last year holds endorser liable to a fine of INR 10 lakh and one year ban on future endorsements for misleading advertisements.

“It is imperative that advertising is done responsibly. Consumers hope that the government will look into this matter and ensure that ads which mislead the consumers are minimized,” the report stated.

How Digital-Advertising Conferences Are Coming Back to Life