The epic Mahabharata consists of 18 adhyay and it gives us 18 life-changing lessons. Entrepreneur India's Mahabharata lessons is a three-part series that will transform your personal and professional life

The great war of Mahabharata is a narrative of the struggle between two groups of cousins Kaurava and the Pāṇḍava in the Kurukshetra War. As simple as this Sanskrit epic by Veda Vyāsa may sound, there are layers of meaning. Written in Dvapara Yuga, each adhaya has an understanding beyond the character, story and the war. The chronicle brings forward the complex interpretation of humanity, perspective, ideas, wealth, success, expectations, life, death, and a lot more.

Since our childhood, we have heard about Dharma (right way of living), Karma (deed or action), rebirth, soul, moksha (liberation). Debated to be 3000-4000 years old, each chapter of Mahabharata brings forward a lesson that can reconstruct one's personal and professional life in Kalyug.

1. The Virtue of Sacrifice, Pledge, and Devotion

Sacrifice, pledge, and devotion might sound like the easiest to follow but are the greatest virtue one can hold especially in the world of business. Devavrata aka Bhishma Pitamaha took the pledge of celibacy, sacrificing his 'crown-prince' title for his father Shantanu- the Kuru king of Hastinapura. When running a company you need to take decisions at a time that might not be best for you but will make others content. While it may not look like a wise decision then, you will get fruits of it. A man of integrity goes a long way in entrepreneurship.

2. The Long-Lasting Existence of Nepotism

In Mahabharata Pandu was born weak, Dhritarashtra was blind, but it was Vidhur who was born with all qualities to be the king. Ved Vyasa pointed out how Vidhur would be the rightful king of Hastinapur. However, being born to a maid made him not worthy of the royal throne. This is the mistake we often repeat in real life. What is created by the father is passed on to the child. To sustain business - knowledge, skill, and merit is what matters. However, for most, it's the linage that holds the utmost importance. Your company is your responsibility, not your property. Every person from the ground level is responsible for its making. Your employees need a good leader not your biasedness towards your bloodline. These factors are the biggest hindrance to the growth graph.

Mahabharata wasn't just about two brother clans fighting for power. The story highlights powerful women fighting for recognisation, independence, individuality, and respect. The saga begins with Goddess Ganga goes on to three queens Kunti, Gandhari, and Draupadi. Each of these women were discrimination based on their origin. Women every day has to prove themselves. She is either objectified, spoken behind her back, if rising in the hierarchy her ability and hard work are questioned. She has to earn respect, while it is naturally given to men. Parchiachy still has a strong root in our society. Women always had to struggle to rise in power be it 4000 years ago or today. 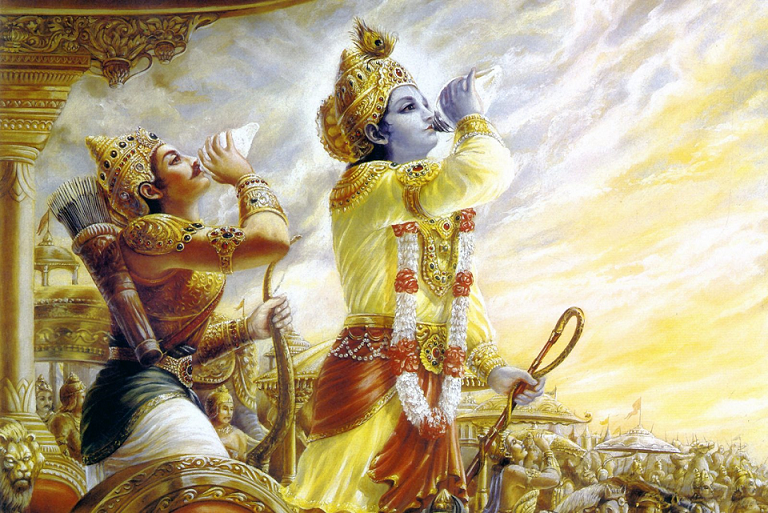 When Kunti returned to the Kingdom of Hastinapura after the death of King Pandu, she brought along five other contenders to the throne. While Dhritarashtra and his 100 Kaurav sons were not happy, it was the crowned King's moral duty to educate and give Pandavas their right. An entrepreneur often comes across such situations in their daily lives. You might not like certain people and their attitude but that shouldn't cloud your judgment. Everyone in your company is your family, everyone is connected. As an owner/leader you have to take everyone together and consider everyone the same. This is where the Sanskrit phrase, 'Vasudhaiva Kutumbakam' comes into picture which means, "The World is One Family".

5. The Want To Be Superior And Suppress Others

Everyone is born to fulfill a purpose. In Mahabharata, hierarchy, and superiority are highlighted throughout every chapter. Everyone isn't equal, a priest or a king were respected more than a solider or a charioteer. The biasedness and caste of merit unfortunately still exists in corporate culture. The ego to be on top is an indicator of wanting to suppress the weaker segment in an organisation. The lack of confidence and faith in your team often makes your fill small goals, enabling you to see a larger vision. The worst mistake entrepreneurs make is - be insecure about their ability and think highly of themselves.

The Kauravas had set the Pandavas place on fire, which was an assassination attempt. In Mathura, Kansa had overthrown the elected representatives and becoming the King. Some years later Krishna killed Kansa, only to face the wrath of King Jarasandha (father-in-law of Kansa) who burnt Mathura to the ground. What's amazing is how the people in power often let hatred and cruelty take over. An Entrepreneur must shelter, protect, and look after his employees who are working for him. It is also essential to understand when doing something sinful, you are digging your own grave.

The epic Mahabharata consists of 18 adhyay and it gives us 18 lifechanging lessons. The beauty of each learning is such that it is applicable to every phase of our lives.

*Entrepreneur India's Mahabharata lessons is a three-part series that will transform one's and professional life forever. Each part brings six lessons. We will soon be publishing the other two parts.