Calling The Shots: Serial Entrepreneur Gbemi Giwa On Doubling Down In The Face Of Challenges

"Stop planning and just do it. You can plan from now to 20 years, but it will never look like what you think."

By Devina Divecha September 28, 2020
Opinions expressed by Entrepreneur contributors are their own.
You're reading Entrepreneur Middle East, an international franchise of Entrepreneur Media.

Gbemi Giwa looks at me straight in the eye, and says: “Can I be brutally honest?” And that is how my freewheeling conversation about entrepreneurship with the 26-year-old began in the café at StudioRepublik, where DanceBodyDXB, a brand she co-founded, offers choreography classes.

Munching on snacks in between workouts, Giwa says, “I’m very hungry today, but ‘hunger’ is a concept that’s always recurring in my life.” When the Nigerian national initially moved to the United Arab Emirates and joined the American University of Sharjah, her plan was to obtain a degree in civil engineering. But even at the age of 16, an inner calling led her to graduate with a major in design management and a minor in marketing instead, setting her on a future path of working (and finding success) across a range of industries. It was during university that Giwa started her blog, Dubai Fit Foodie, as a way of sharing her love for food and fitness. “When I started this blog 10 years ago, monetizing wasn’t done,” she recalls. “The really smart thing that I did –without knowing– was that I had a really good SEO name. People searching for ‘Dubai’ and ‘fitness’ and ‘food’ would find my blog, so it started generating traffic.”

From there on, review opportunities for restaurants and products started coming in, and through that process, she met a lot of people in the food industry. Her first job after university was as an engagement executive with DIFC-based restaurant Boca, and after more than a year, she started working with Seven Media on a number of food brand accounts including Jumeirah Group. After another year, Giwa decided it was time to move on. She laughs, saying, “That’s very telling of millennials: you always want to hop from one thing to another. I decided to leave and set up my own freelance social media agency, called Social Juice.”

It was while working on Social Juice that she was approached by her current business partner, Nathan Gbemisola, with whom she launched concepts including delivery-only brands Catfish, Vegan AF, and Salad Loco, as well as The Gbemi’s Kitchen, a brick-and-mortar brand in Dubai’s Jumeirah Lakes Towers neighborhood, firmly showcasing the potential of West African food, specifically from Nigeria, in a casual setting. Around the same time that she launched Catfish, Giwa met fellow dancer and entrepreneur Ewa Golan, with whom she launched DanceBodyDXB, which offers dance classes for women, by women. “We launched DanceBodyDXB in 2018,” she says. “I’ve always loved dance; it’s always been a form of expression. And over time, with DanceBodyDXB, we have built a brand and a community. We just love having a platform for women to feel good, which was always essential.” 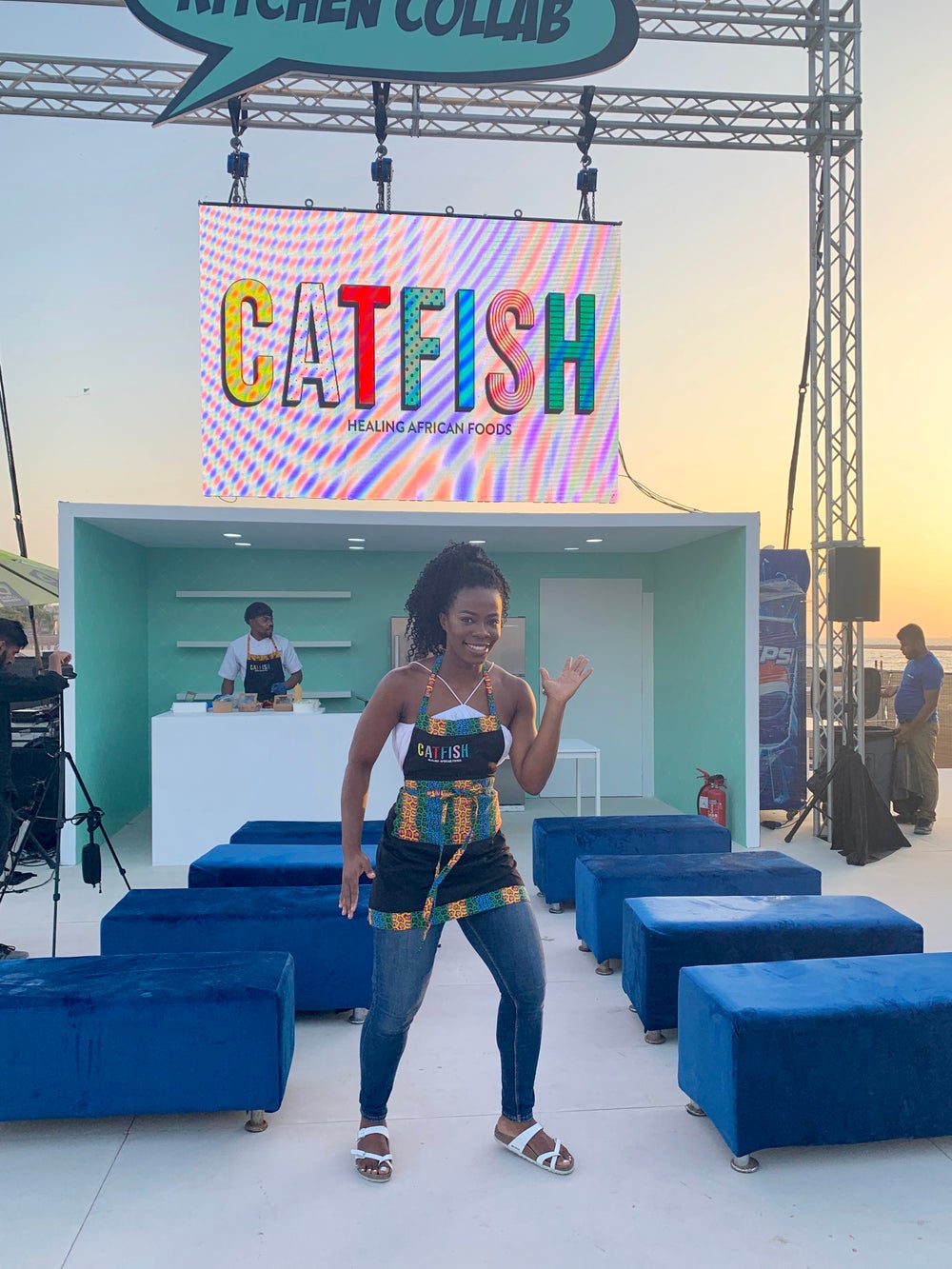 Catfish was a delivery-only brand that Gbemi Giwa launched in 2018. Source: Gbemi Giwa

Her latest venture is The DigiBoss Academy, which she touts as a business school for influencers. Explaining the reasons for DigiBoss, Giwa says, “One of the things that became clear to me is that I’m a ‘starter’ entrepreneur- I love to start things. Creative thinking and building brands are really where I hold space. With DigiBoss, I wanted to show people what is possible by building your strong, personal brand. If you tell a story in a way that’s authentic, people will buy into that... DigiBoss will help content creators monetize from a place of authenticity, service, and community, and show you how to launch your own product.”

Giwa reveals that she always wanted to start her own business, with her family being a strong influence. “My dad was an entrepreneur, and he was self-made,” she says. “By the time I was born, my dad’s company was around for 15 years. I didn’t know of a space where you had to work for someone else.” And it was advice from her father that propelled her to launch her first business. “He said to me one night after a long day at work: ‘If you can work this hard for someone else, then I trust that you can work this hard for yourself.’ That is something that my dad said that I can never forget.”

Her journey so far hasn’t been easy, not in the least with the ongoing global coronavirus pandemic throwing a few spanners in the works. “Even before all of this, there have been so many dips in the journey,” Giwa admits. “I thought, ‘Should I go back to work?’ But I know that if I double down, I can always generate wealth.” At the same time, she acknowledges that the journey to generate revenue is not easy. “What I’m learning now is that when you’re starting out, there is a build phase if you want to build long-term. It’s not easy, and you have to make a choice every single day, and you have to sacrifice. A huge part of entrepreneurship is that you have to try things, and you have to be willing to take risks.”

Giwa also notes how the reality of being an entrepreneur is not at all like the myth one may assume it to be. “People look at the perks [of being an entrepreneur], but not the day-to-day running. It takes so much work, and there’s so much failure involved, but you have to be strong and sure of yourself. You must genuinely wake up every day and be confident in your product. Believe in yourself more than anyone else is going to believe in you.” 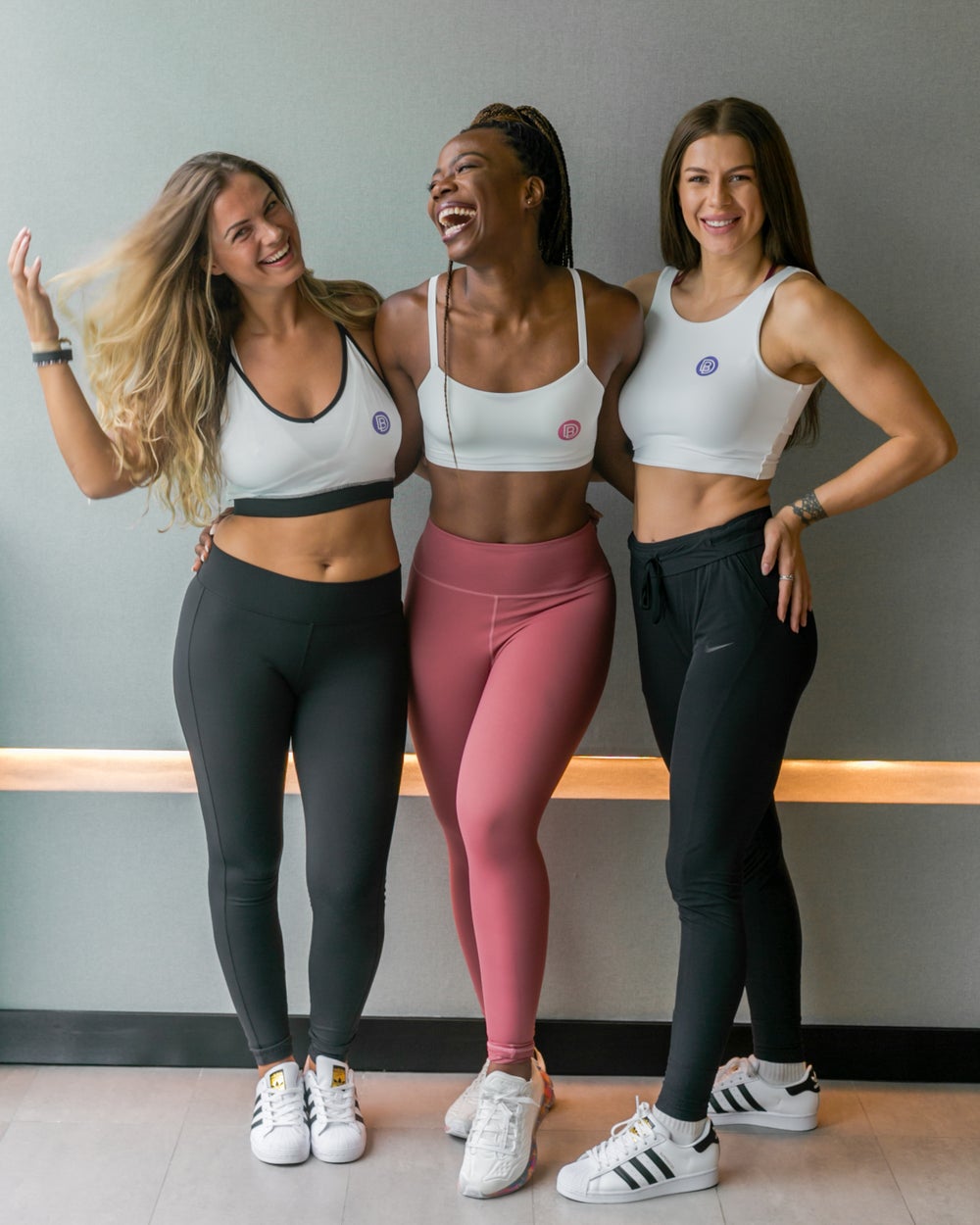 “In my earlier days, I was consumed by passion,” Giwa reflects. “You hear this word thrown around: ‘passion.’ Actually, building or running a business from passion is a horrible thing. It sounds good, but it’s not. The definition of passion includes uncontrollable, erratic behavior. Why would you run a business like that?” At this point, she picks up the coffee cup she is drinking from and says, “Look at this coffee cup. Do you think people manufacturing coffee cups are consumed by passion? The best thing for you is to do your research, and realize that at some point, passion fizzles out. So, how will you keep your business running long-term? Passion is one thing, but business is completely different. It’s good to have love because it helps you build, but as you mature in business, you have to realize that there are more things involved. Passion is not sustainable.”

Giwa also notes that she had to face a plethora of challenges while trying to set up her businesses in the UAE, with the hurdles she had in her path including rejection, lack of access to the right resources, and the knowledge needed to start out. “Setting up anything here properly is difficult,” she says. “Licences are expensive, and because I’m Nigerian, setting up a business bank account was hard. There were a lot of things I wouldn’t have done if I had known better. Access to knowledge is the most powerful thing anyone can have, and I would invest everything for the right knowledge and the right mentor.” It’s because of experiences like these that she was driven to launch The DigiBoss Academy: to give back to the community by sharing her knowledge. “Having the right knowledge can change everything, and I am also on a journey to learn from other people in the business. As I learn, I really want to give that knowledge back. That’s where my focus is going to be.”

With a few years of entrepreneurship and a good number of tough lessons under her belt, Giwa has a long-term plan when it comes to her future. By the time she’s 30, she wants to set up a manufacturing plant in Nigeria with a social benefit scheme aimed at female farmers in her home country. “What is happening in Nigeria, specifically in Benue State, is that we have so much good land, but in every harvesting season, a lot of produce goes to waste. I want to empower female farmers in a way where we build a cooperative that invests in them. We give them money to grow their own produce, and it is guaranteed that we will buy it back from them. The idea is to start with rice, cassava, plantains, and oranges, and process them into non-perishable products. Using our product and guaranteeing standardization, we can support the bigger manufacturing companies in Nigeria– which still fly in ingredients from abroad.”

These may seem like lofty goals, but Giwa believes that she is up to the task- especially because she’s driven by a sense of purpose. “As I grow as an entrepreneur, it’s not so much about me, but more about how I can help people, add value, and impact my community,” Giwa declares. “That’s the path that I see for myself.” 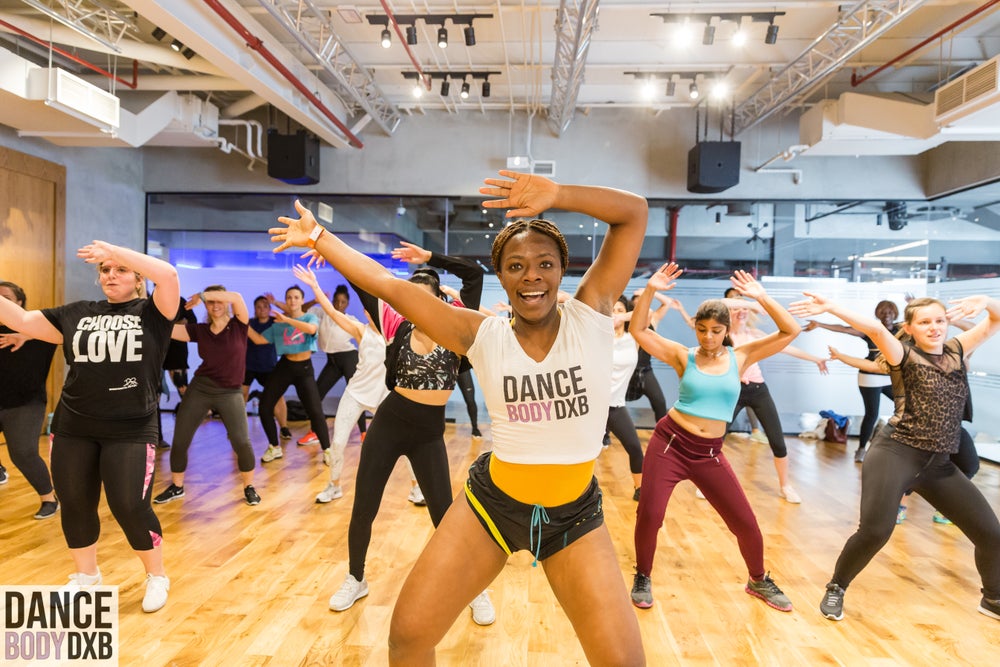 ‘TREP TALK: Serial entrepreneur Gbemi Giwa’s advice for those wanting to start their own ventures

1. Just do it “Stop planning and just do it. You can plan from now to 20 years, but it will never look like what you think.”

2. Don’t ignore your gut “Trust your instincts, especially female entrepreneurs. Don’t let people guide you in a way that you don’t feel like flowing. Trust your gut and don’t take things at face value.”

3. Ask, and you shall receive “Ask for help. Knowledge is power. Admit you don’t know something and ask people who’ve been where you are.”

4. Learn how to handle rejection “When someone says ‘no’ to you, it’s never about you. They want what’s best for their business. Also understand that when someone says no, that’s not the end. You have to look for new avenues and cannot take rejection personally.”

A Simple (But Not Easy) Guide to Achieving Almost Any Dream