Sameh Saleh and his team aim to help single Muslims find and connect with their potential life partner in a comfortable, private, and safe platform.

By Pamella de Leon November 1, 2020
Opinions expressed by Entrepreneur contributors are their own.
You're reading Entrepreneur Middle East, an international franchise of Entrepreneur Media.

It’s fair to say that anyone can tell you about the rollercoaster of a journey that comes with trying to find a life partner for oneself. Four years ago, Sameh Saleh saw the struggle that his Muslim sister went through in this matter: from the amount of pressure coming as a result of traditional norms and societal expectations in the Middle East, to the inefficient and limited available tools available for arranged marriages, with online dating platforms at the time offering little in terms of privacy and safety for users.

“I believed technology could facilitate meaningful relationships and empower singles to meet their future life partners, but there were no products serving my community or addressing more conservative normal norms,” says Saleh. With the aim to help single Muslims find and connect with their potential life partner in a comfortable, private, and safe platform, Saleh gathered his founding team to develop Hawaya. Along with CTO Tamer Saleh, Public Relations Officer Shaymaa Ali, and engineer Aly Khaled, Saleh thus set out to use tech to enable Muslims to find a life partner for themselves.

Upon launch, Sahel notes that at first, the challenges they had to face include introducing the idea of online matchmaking in the market (which had a lot of social stigma at the time), as well as encouraging women to trust and use Hawaya, and at the same time, creating a product that is “modern, serious, culturally fitted, and accepted by parents.” In contrast to other dating and relationships apps, Sahel emphasizes that Hawaya is crafted to fit the MENA region’s culture. “Our community’s approach to relationships is very different from the West. We approach them with high intent and [to eventually] seek marriage, and that is what makes Hawaya a unique proposition globally,” says Sahel. “No other brand understands the experiences and emotions of single Muslims like we do, because all [of us] co-founders come from the same culture, and have lived through the struggle of finding the right life partner. Unlike others, we don’t just spark meaningful connections, we make sure they blossom into genuine relationships.” Indeed, when they were developing the app, the co-founders, who come with their own personal experiences with matchmaking, kept in mind their loved ones and friends who could benefit from Hawaya in the future. 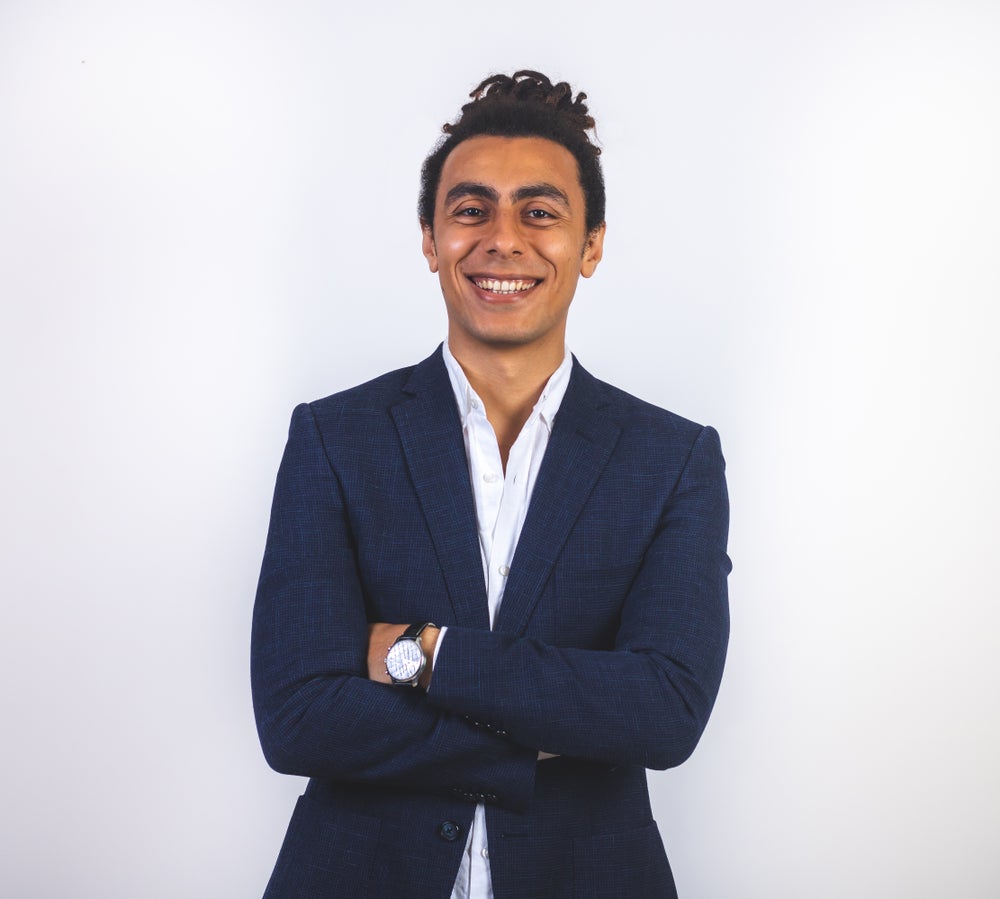 Hawaya’s algorithm makes use of a “scientific, safe, and culturally accepted approach,” Saleh says. The algorithm depends on the info that users enter, such as where they live, interests, age, education, work, religious views, etc., and from that, the app shows users the most compatible matches that are geographically close to them. The app, which follows a freemium model and is available for both Android and iOS devices, was built with the help of a team of psychologists too. As the app is tailored for single Muslim men and women between the ages of 21 to 50 years old, the team tailored it to match the sensibilities of their target users. As such, one of their main focus areas was to encourage female users in the region to trust and use the app by embedding various features to assure safety and security.

These include a selfie verification feature for all new members to prevent the creation of fake profiles, as well as the option for female users to initially display blurred profile pictures, and then unblur them when they feel comfortable with their match, and finally, a “Guardian” feature, which would give the opportunity to involve a trusted person like a friend or family member to be included in the communication thread as the two users get to know each other. The app also offers helpful tools to encourage fruitful conversations like engaging icebreakers and personalized conversation starters. “We worked hard to ensure that these additional features will help them feel safe and secure,” says Sahel. “And we are still working on enhancements that will make us achieve our goal.”

Despite the initial challenges it faced, Hawaya has grown in popularity. After its initial launch in Egypt (which continues to remain its largest market), the platform has since expanded to new markets like Turkey and Indonesia. Saleh states that he and his team have a big dream to achieve with Hawaya, which is to “solve the difficult journey of marriage that exists in our society, and to empower singles to find their life partners.” As such, with every decision they need to make, the team ponder on two questions: “Does that bring us closer to our vision? Does that make for a useful product in the hands of millions?”

And so far, the company’s North Star is paving opportunities- in 2019 (when it was still formerly known as Harmonica), the app was acquired by Match Group, a US-based tech company that owns dating websites and apps like Tinder, OkCupid, and Match.com. Previously backed by 500 Startups and Flat6Labs Cairo, the investors have since fully exited the startup following the acquisition. Sahel notes that the Match Group’s talents and experience in the online matchmaking industry was similar to their vision, and with their help, Hawaya has since expanded to more markets. Earlier in May of this year, they launched in the UAE, Kuwait, and Saudi Arabia, plus they’ve also expanded to Canada, France, Germany, and USA.

The onset of the COVID-19 virus has also presented a distinct effect on Hawaya’s usage among its users. Given that the app encouraged users to take their time to get to know each other more, the period of the pandemic meant that more users were at home, and thus had more free time on their hands. Indeed, between March and May of this year, the startup recorded a surge of 40% in terms of messages being exchanged by users, a 25% increase in the time spent on the app, and a 50% rise in the usage of its exclusive chat mode feature, wherein two users can choose to communicate exclusively with each other, and be unable to message anyone else on the app.

The Hawaya team have also shifted completely to working from home (while allotting expense allowances to set up a comfortable home office), and have increased the size of the workforce by 20% during the pandemic. So, what’s next? Saleh says that while they do have plans to expand to more regions, they don’t have a definite timeline as of yet. He is keen to maintain a slow and steady approach: “We want to be sure that we take the time needed to enter new markets the right way.” In any case, Hawaya is surely going places- so, keep your eye on this one!

Related: Kuwait's Nuqat Is On A Mission To Foster A Collaborative Community To Overcome Social Challenges