The Year That Was: Tamim Khalfa, Co-Founder And CEO, Toters

"We represent the hope for Lebanese and Iraqis that a competitive and sustainable business can be born out of our markets, and compete with the best in class."

2020 has been a difficult year for Lebanon- and it wasn’t just the COVID-19 crisis that got the country and its residents reeling this year. From the economic crisis that threatened to envelop the nation, to the devastating Beirut port explosion that ravaged the city, Lebanon is today a country whose future is one that is hard to be hopeful about at this point in time. And yet, we look away from the establishment running the country, and instead turn our attention to the enterprising people that belong to it, then there are almost certainly positive prospects that one can expect from Lebanon all the same. As an example, take a look at Toters co-founder and CEO Tamim Khalfa, who runs one of the most prominent startups in Lebanon at the moment.

For a delivery app that was launched in 2017, Toters has since grown to become one of the foremost enterprises in this domain, with it also managing a successful expansion to Iraq- and its progress has continued unabated this year. “In 2020, we continued to deliver on the Toters mission to make people’s lives simpler and more convenient by expanding our partnerships and further developing our products,” says Khalfa. “Today, we deliver from over 2000 partners in Lebanon and Iraq, including restaurants, grocery stores, pharmacies, and electronics stores. In addition, we rolled out a dark grocery store chain called Toters Fresh, and customers have been loving the frictionless experience. We introduced a loyalty program that is getting our customers even more addicted to Toters, and rewarding them every step of the way. As a result, Toters quadrupled in size this year, and turned profits in Q3.” 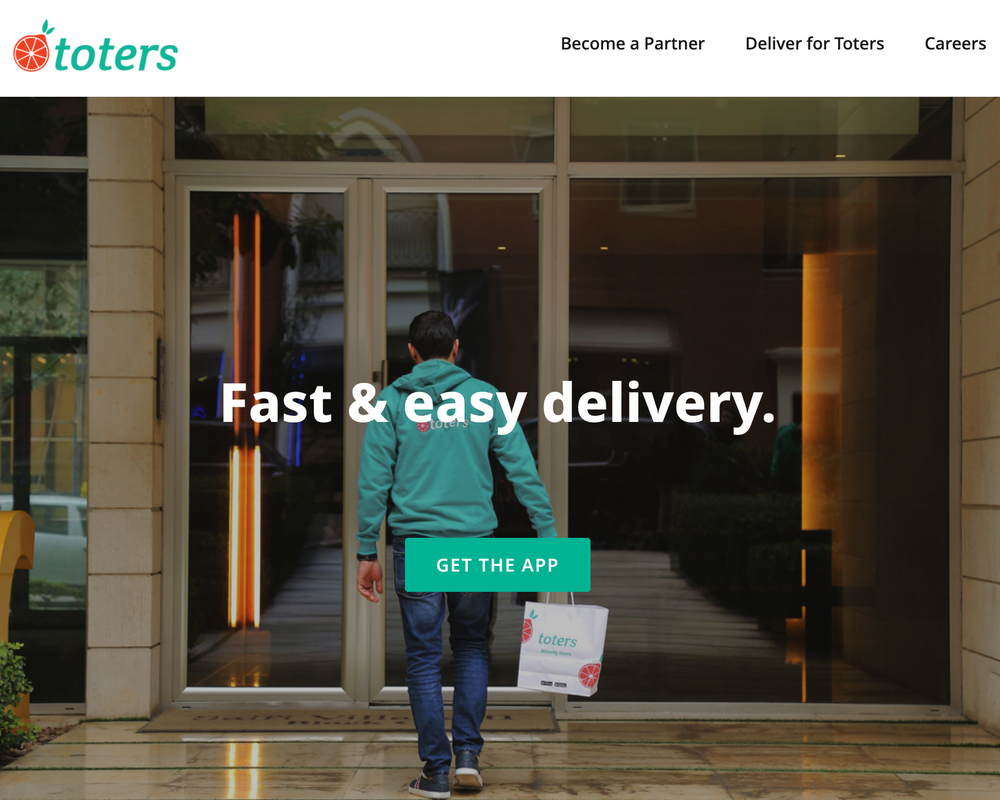 But it isn’t just the startup’s growth that’s worthy of applause- Khalfa is equally proud of the social impact that Toters has managed to achieve in Lebanon. “We have built significant scale in an ecosystem that supports close to 150 Toters full-time employees, provides additional income opportunities to over 1,500 couriers, and enables over 2,000 smalland medium-sized local businesses,” he notes. “Our business continued to support those stakeholders throughout the rollercoaster of a year we’ve had, starting with the revolutions in Lebanon and Iraq, through COVID-19 lockdowns, and even Beirut’s port explosion. We have become a household necessity, and the go-to platform for e-commerce in our markets. We represent the hope for Lebanese and Iraqis that a competitive and sustainable business can be born out of our markets, and compete with the best in class.” These statements by Khalfa should be enough to give you an idea of his indefatigable spiritand that in itself should make one hopeful about the road ahead for not just him, but his country as well.

1/ Agility matters “Being an asset-light business has been a massive blessing for us, as it has helped us the ability to test ideas, evolve, and pivot if necessary, very quickly. We are also inherently very lean as a team, and our flexibility allows us to reassign roles very quickly based on skillsets, interests, and backgrounds. These were key factors that allowed us to respond to the pandemic very quickly, and it is something we will probably maintain as a company going forward too.”

2/ Build your resilience “Both as a person and as a business, it is so important to be able to bounce back no matter what life throws at you. As a small business owner, it can be so easy or tempting to throw the towel in and give up when the going gets tough, but somehow things always work out for the better.”

3/ Focus on your team dynamics “I am extremely grateful to have a truly dedicated and motivated team that gets along well together. Team dynamics is something we take very seriously, because it can either make or break a company. Hire smart, and hire a person not just because of their skillsets, but also if they are a culture fit. Asking yourself, ‘Would you mind being stuck in an elevator with them for three hours?’ is a good starting point!”

Related: The Year That Was: Amelia Gundersen-Herman, Co-Founder And CMO, Assuage Travel