With Drones and AI, This Startup Is Enhancing the Solar Sector

Thriving on the pandemic-as it enabled solar companies to go digital-the startup raised $5.1 million in Series A round led by Alpha Wave Incubation (AWI) and Falcon Edge Capital during the same time
Next Article

From the time humans have discovered renewable ways of producing energy, brilliant minds collaborated to make these sources reliable and efficient. For ages, fossil fuels have played a crucial role in saving humankind, by keeping wild animals at bay and protecting them from harsh winters. As humans developed interest in science, fossil fuels found its usage in more areas such as factories and transport, among others. Fossil fuel is at the heart behind the Industrial Revolution.

In an interaction with Entrepreneur India, Rahul Sankhe, president and co-founder of SenseHawk, talks about how the startup is playing a crucial role by increasing productivity in the solar companies.

After working for a renewable energy firm, Sankhe and Swaroop Mavanoor realized that the solar industry lacked a data-driven approach. Knowing inside out of the sector, the duo formulated the idea of starting a startup and finally founded SenseHawk in 2018 to not only improve efficiency of solar companies, but also help them monitor and operate power plants.

SenseHawk is a SaaS-based startup which specializes in using data captured by drones to develop insight for projects within the global solar industry. The startup helps to digitize solar companies to drive collaboration and productivity across teams that design, build, operate and monitor solar power plants. 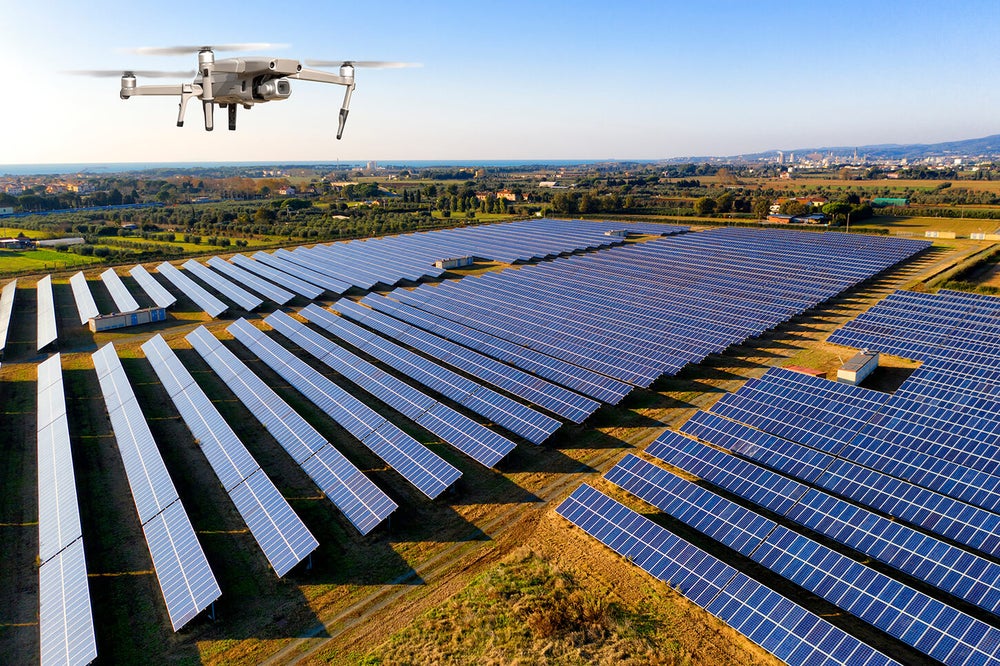 The firm helps its customers through the solar life cycle of development, construction and maintenance of solar assets. The product relies on geographic information systems, artificial intelligence, drone imagery and expertise in solar to enhance productivity for users. Be it a developer, engineering procurement and construction (EPC), O&M contractor, asset owner, independent engineer or anyone that works on a solar project, the platform provides every organization with tools to enhance productivity, lower costs and delivers higher return on investment.

“SenseHawk software has delivered data analytics for more than 28 gigawatt of solar assets across 15 countries worldwide. Task management, inventory, quality control, project monitoring, safety, commissioning and issue/punch-list resolution, are some of the key business processes that can be managed and run on the platform,” claimed Sankhe.

“Our software takes the guesswork out of solar power plant inspection, and crucially, speeds up this process from days down to hours.”

SenseHawk is one of a few handful Indian startups that has taken two cutting-edge technology—artificial intelligence (AI) and drone—under its ambit. According to Sankhe, with every passing day the size of solar plants is growing, making it tedious for companies to track progress and overlook construction activity.

Further explaining usage of drone technology, Sankhe said, “Drones overfly the site to capture images (visual or infrared). Drone imagery is then used to create high-resolution orthomosaic maps (1.5 inches per pixel) which are used to cover a number of aspects of construction and visualize an entire site’s status.”

SenseHawk depends largely on its AI-based applications such as Eye and Therm. Eye is an AI-based asset management tool that provides a 360-degree view of construction sites of any size. Besides monitoring across structure installations and module mounting to grading/leveling and cable laying, Eye can also be utilized for quality checks, as-built validation, and inventory control. Whereas, Therm is an infrared image processing and reporting tool that uses drone-acquired thermal imagery to detect and classify hotspots. thereby ensuring the optimal health of the solar sites. Both the applications enable solar companies to evaluate severity and energy loss of a solar site, schedule maintenance and track defects.

Thriving on the pandemic—as it enabled solar companies to go digital—the startup raised $5.1 million in Series A round led by Alpha Wave Incubation (AWI) and Falcon Edge Capital during the same time. Sankhe believes that solar energy is the future of renewable energy and said that solar energy is extremely promising as it is clean and has immense potential to support local economies.

He further noted that over the years, costs of solar power have only gone south as prices of solar panels, solar photovoltaic modules, solar hardware and other such equipment have dropped dramatically because of technology innovation, breakthroughs and government policies. He further highlighted that the ever-growing size of solar plants suggests growing popularity and adoption of solar energy. Since 2010, total solar capacity went from 10 megawatt to 30 gigawatt in 2019.

He further added that the solar industry is gradually using machine learning to increase efficiencies and productivity.

Sankhe said moving ahead, the startup’s foremost focus is ‘SenseHawk for solar’ and later launch SenseHawk Work, a SaaS platform, which will go beyond solar.

The startup also aims to bring 100 gigawatt of solar plant assets on its platform which would see deployment at over 3,000 sites around the world.

“Our overall revenue target is to grow at over 100 per cent. Solar construction is on a fast trajectory, and with the recent Series A1 funding from AWI, we will continue to support designers, builders, and operators of this critical form of renewable energy,” he added.  SenseHawks wants to expand its footprint in  North America, Europe, the Middle East, and South-East Asia.

Are You Prepared For the Role Of NFTs in the Crypto-Economy?

Taking a Break At 40, This Entrepreneur Went On To Produce First Unicorn In Spa & Salon Space

Cyber safety: A prerogative for the digital MSME industry