Look further and the picture fades a little. Wolfe is only the 22nd woman ever to have scaled a company to a successful IPO.

While a well-deserved feat and a definite win for female entrepreneurs, in comparison, this accomplishment arrives after several thousand men founders globally have already scaled their companies to successfully go public. Yes, the gap is wide and a rude reminder of the numerous impediments that continue to pull back women entrepreneurs from growing as fast as their male counterparts.

A most common challenge is the lack of support in the form of external funding. Data from Venture Intelligence, a private company data tracker, shows that in 2019 only 6.5 per cent of the total funding raised among the top 150 funded start-ups in India went to startups founded and co-founded by women entrepreneurs.

Covid-19 led disruption made it worse for women founders as funding for women-led startups in India fell 24 per cent to USD 280 million in the first half of 2020 from USD 369 million in the same period the year before, as per a report by MAKERS India.

The problem is even more prominent in the case of tech startups. The total funding that went to tech startups led by women and those with at least one woman founder stood at a paltry 1.43 per cent (USD 480 million) across 80 deals and 5.77 per cent (USD 1.69 billion) across 378 deals, respectively,  between January 2018 and June 2020, said the MAKERS India report.

The picture is no better in the west.

As per PitchBook Data, a SaaS company that delivers data around VC, PE and M&A transactions, since the beginning of 2016, US companies with women founders have received only 4.4 per cent of venture capital (VC) deals.

To understand the problem, Entrepreneur India spoke to several female entrepreneurs and investors.

Most of them expressed their concern with the prevalent gender bias in meetings with VCs.

“I remember being told point blank in 2012 that it would be hard to raise money for a solo female founder and that my male co-founder would need to come on board full time before any investment can be made,” recalls Vineeta Singh, Co-founder and CEO, SUGAR Cosmetics. 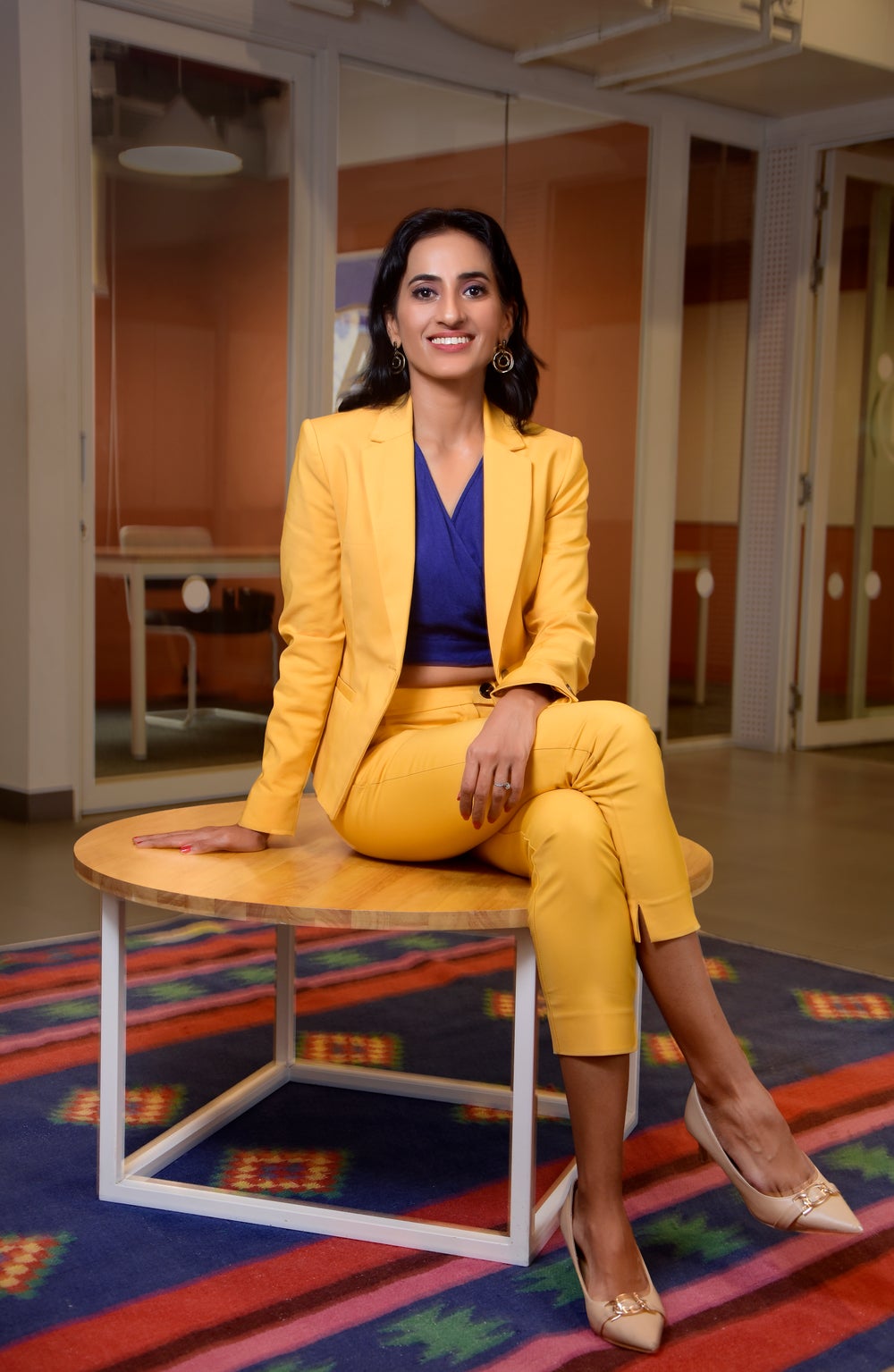 “VCs over-index on unicorn pitches and in my experience, this skill of pitching comes more naturally to "alpha men'' compared to women, even if the female run companies are scaling just as fast as their male counterpart’s companies.” - Vineeta Singh, Co-founder and CEO, SUGAR Cosmetics.

The situation has only marginally improved over the years. “During our second fundraise in late 2019, I joined my male co-founder for a meeting with a clutch of angel investors in Delhi. It was my first brush with gender bias with investors,” said the female founder of a tech startup, who did not want to be named, adding that the whole experience left a bad taste in her mouth.

“Most of the men present in the room spoke only to my colleague even though I was pitching alongside him. I felt invisible,” she said.

Malika Sadani, founder and CEO, The Moms co, shared a similar experience while speaking at Entrepreneur India’s startup summit 2019. “During the first rounds of raising funds for my startup, investors were more keen on talking to the male co-founder rather than me. It took me a long time to establish that I lead my business and have an equally important role to play as my male co-founder,” she said.

Several studies corroborate these personal accounts of the prevalent bias. Findings from a 2019 study by HSBC Private Banking, She's The Business, show nearly 60 per cent women entrepreneur respondents said they are concerned about bias when raising capital.

For others, prejudice manifested in the form of intrusive personal questions or concentrated efforts focused on discussing the chances of the business failing. “VCs cite random examples of other women entrepreneurs losing ambition once they have kids and thus, their investment not working out,” says Vineeta, an IIT-Madras and IIM-Ahmedabad alumna.

This reflects a lack of faith in women entrepreneurs among investors as a result of the prescribed gender roles and social norms.

Take the case of Anisha Singh, former founder and CEO of Mydala and founding partner, She Capital, an investment fund for women-focused businesses. “I started raising funds when I was six months pregnant. I think it was a first for me but also the VCs who had rarely seen a woman pitch let alone a pregnant one so I think the judgment or doubt that came along was inevitable.”

Anisha Singh, former founder and CEO of Mydala and founding partner, She Capital

“Women in VC scenario in India right now is what the women start-up founders landscape was a decade ago.” - Anisha Singh, former founder and CEO of Mydala and founding partner, She Capital.

What Needs to Change 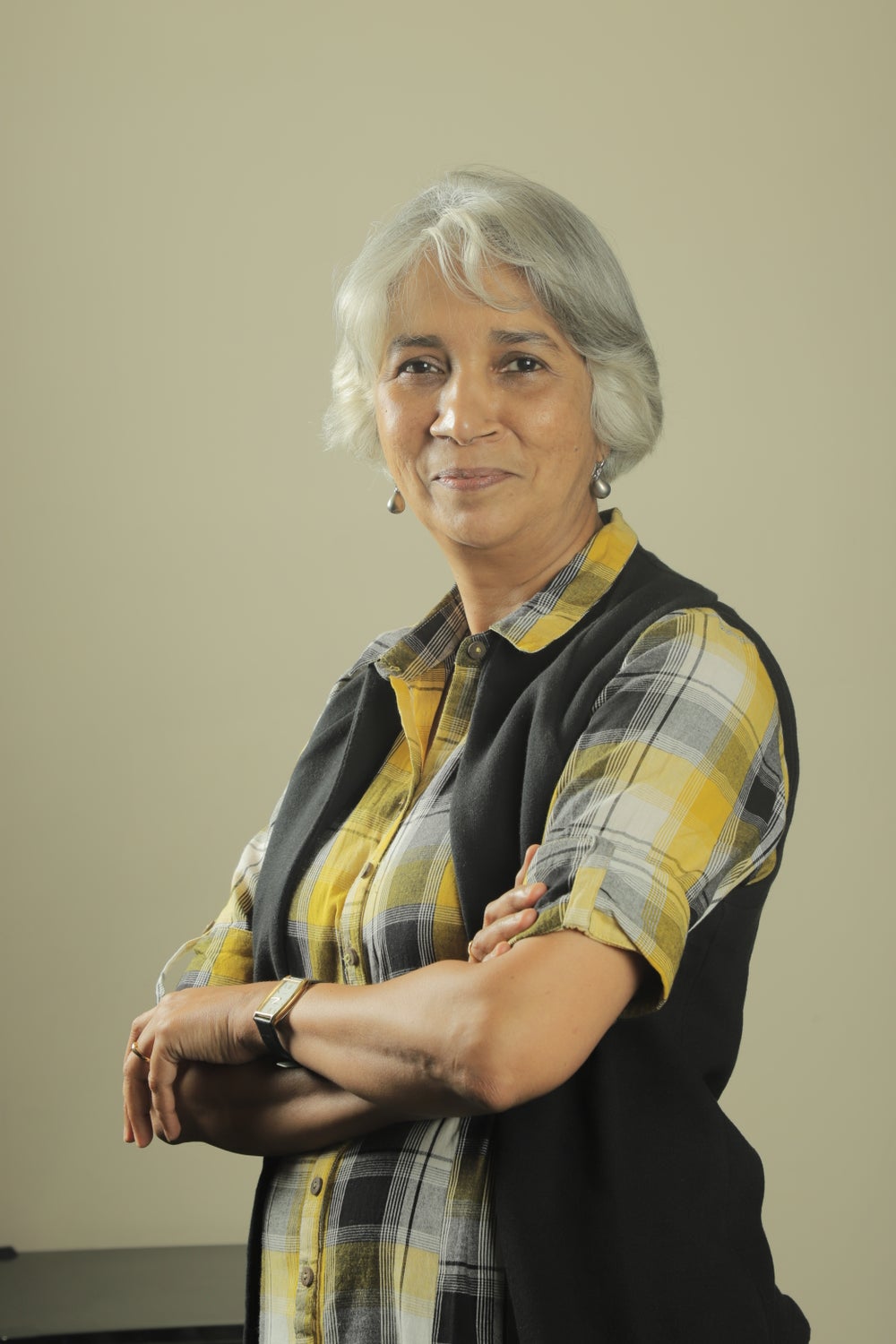 “Challenges of bias that women entrepreneurs have to face during fundraising need to be addressed through incentives, awareness and governance” - Rema Subramanian, co-founder and managing partner, Ankur Capital

A 2020 survey report by the Reserve Bank of India (RBI) on the Indian startup sector shows startups founded by sole female founders were a skimpy 5.9 per cent, whereas 38.6 per cent were founded by both male and female founders.

Besides, a major part of the problem is the lack of enough female VCs in India, as per Anisha. “Women in VC, especially women founded funds, scenario in India right now is what the women start-up founders landscape was a decade ago.”

Vineeta concurs and adds that a lot of women founders solve problems that they can relate to as consumers and a majority of male VCs can't relate to those problems and may not fully understand the market gap.

“Even though most VCs do proper consumer studies to remove this bias, I feel the passion for a category is generally higher when the problem is personal,” she says.

Further, fewer women on investment committees makes it difficult to overcome the conscious and subconscious biases that exist in evaluation, says Rema.

She adds that a holistic approach of providing a support system in the form of mentorship, grants and long-term capital to female entrepreneurs can give them a much needed boost to grow. “Once they enter the capital raising mode, challenges of bias that women entrepreneurs have to face need to be addressed through incentives, awareness, governance, etc.”