Disruptive Change: How Entrepreneurship Is Shaking Up The UAE's Fitness Sector

Startups or early-stage businesses are in the privileged position of being able to adopt a new and fresh approach to their product delivery or operations, completely free of any shackles from legacy, outdated practices, or ways of thinking.
Next Article

Did you know that only 7% of the population in the UAE have a gym membership, or are engaged in some other form of physical activity on a regular basis? This is extremely low when compared to more mature markets such as the UK, Scandinavian countries, or parts of the USA, which report fitness penetration rates of 15-20%.

There is a direct correlation between fitness penetration rates and the overall health of a nation’s population, so it should not come as a surprise that the UAE also has some alarming health stats- for instance, the World Health Organization has reported that 70% of males and 67% of females over the age of 15 in the UAE are obese.

Looking at these statistics, it is abundantly clear that there is huge potential for growth in the UAE’s fitness industry, but one also needs to question why, after nearly two decades since the arrival of commercial fitness facilities in the country, its fitness penetration levels are as low as 7%. As such, one wonders whether we can even rely on many of the current commercial fitness operators and their leaders to address the stark reality that they simply haven’t done enough, and that’s why this sector in the UAE is lagging behind those in other leading economies.

To their credit, the UAE leadership has reacted to the current situation, and they have issued government policies to address the problem on hand. Initiatives such the Dubai Fitness Challenge are helping to engage first time fitness enthusiasts, but there’s also an inherent issue within the Emirate in that it is the second most expensive market in the world to own a gym membership. As a result, these prohibitively high prices are a principal reason for why fitness penetration levels remain so low in the UAE.

The only answer to these problems is disruption. A few years ago, my business partners and I were outsiders looking inwards onto a sector that was totally stagnant, lacking any level of sophistication, and dominated by several multinational franchises that had long since gone out of business in Europe owing to their outdated business models. We identified this gap in the market, and the strong growth dynamics at play, and we set about developing a disruptive business plan for the enterprise we decided to launch: GymNation. 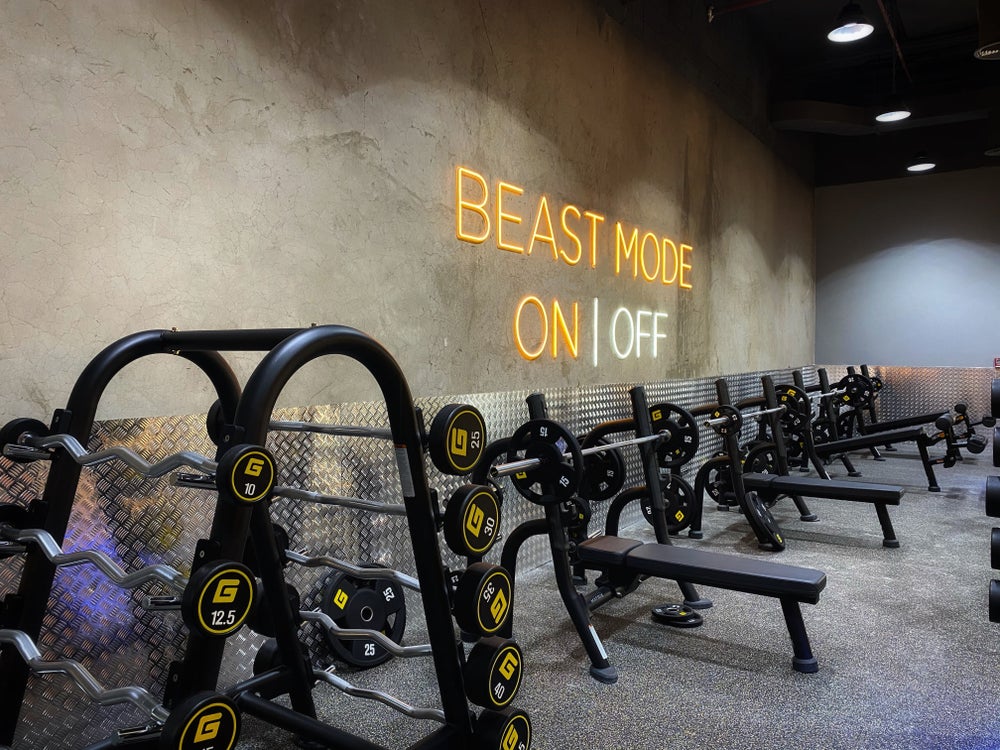 A GymNation facility in Dubai.

Today, with a USP based around affordability, we’ve managed to grow GymNation into the UAE’s biggest and best gym chain in under three years (it was recently voted “Best Gym in the UAE” through a public poll conducted by Virgin Radio, capturing 51% from a total of 70,000 votes), overtaking the incumbent multinational franchise chains that now carry a great deal of negative brand equity owing to a decade of overcharging the UAE consumer.

But it’s not just us- other disrupters have also come into -and have shaken up- the market. Technologically driven aggregators such as ClassPass allow their members access to over 100 gyms across the city and access to a wide variety of classes. Boutique fitness studios such as KO8, Boxica, and GFX, are offering a totally new experience, with a fresh and cool approach, which is more aligned to the modern millennial and Gen-X consumer. Les Mills, the world’s leading provider of Group Exercise classes, are incredibly active in the market, and are a major driving force behind the progression of our industry, particularly with the launch of their new Les Mills On-Demand product, which allows members to access online class content and train from the comforts of their own home.

What is important to note here is that disrupters such as ourselves are not just taking market share off the historical incumbent players, but we are also growing the overall market and helping to push fitness penetration levels up. At GymNation, we know that over one-third of our members are new to health and fitness, and previously weren’t members of a gym.

Overall, it’s a tremendously exciting time for GymNation and the UAE fitness industry. Indeed, the government initiatives and support to make the UAE one of the healthiest nations in the world is there in abundance, and we look forward to playing our part alongside other progressive and disruptive operators. After all, it’s often the case that progression within a particular sector is led by entrepreneurs and new startup entrants into a market. Startups or early-stage businesses are in the privileged position of being able to adopt a new and fresh approach to their product delivery or operations, completely free of any shackles from legacy, outdated practices, or ways of thinking.

I’d advise any entrepreneurs to embrace this kind of thinking, and ensure their business plans and execution are appropriately differentiated, and that it draws not just on the best-in-class from their own sector, but from the best-in-class from parallel industries. At GymNation, for instance, we’ve taken inspiration not from our competitors, but from some of the leading e-commerce businesses and technology platforms. These entrepreneurs and businesses have completely revolutionized the way consumers behave, and they have stolen the market away from previous dominant incumbent operators- which makes them a great source of inspiration for anyone thinking of taking the plunge into entrepreneurship.

Related: Why The Time Is Right To Bring Your Startup Ideas To Life In The UAE

From Web To Wall: Inkopia Delivers Bespoke Photography And Art To Interiors Across The UAE