As a restaurant that's aiming to "change the Japanese cuisine narrative in Dubai," Kinoya has been garnering a lot of attention ahead of its launch in April this year.

As a restaurant that’s aiming to “change the Japanese cuisine narrative in Dubai,” Kinoya has been garnering a lot of attention ahead of its launch in April this year, and that’s being almost singularly driven by the fact that long-time UAE resident Neha Mishra -whose Instagram account, @astoryoffood, boasts of more than 14,000 followers- is spearheading the venture. A home cook who became renowned for the ramen she made, Mishra used to host supper clubs that had patrons raving about the food they got to enjoy in them, and it’s this cultish following she’s built in the UAE (and beyond) that is now waiting with bated breath for her to open Kinoya.

“Personally for me, good or even great food happens when the person making it believes that there’s potential for people to enjoy eating it,” Mishra says. “The idea to make ramen everyday wasn’t a byproduct of another thought- this was always the only objective, and there was a demand, so, I guess it felt like a great idea to open a restaurant, and do it every day.” 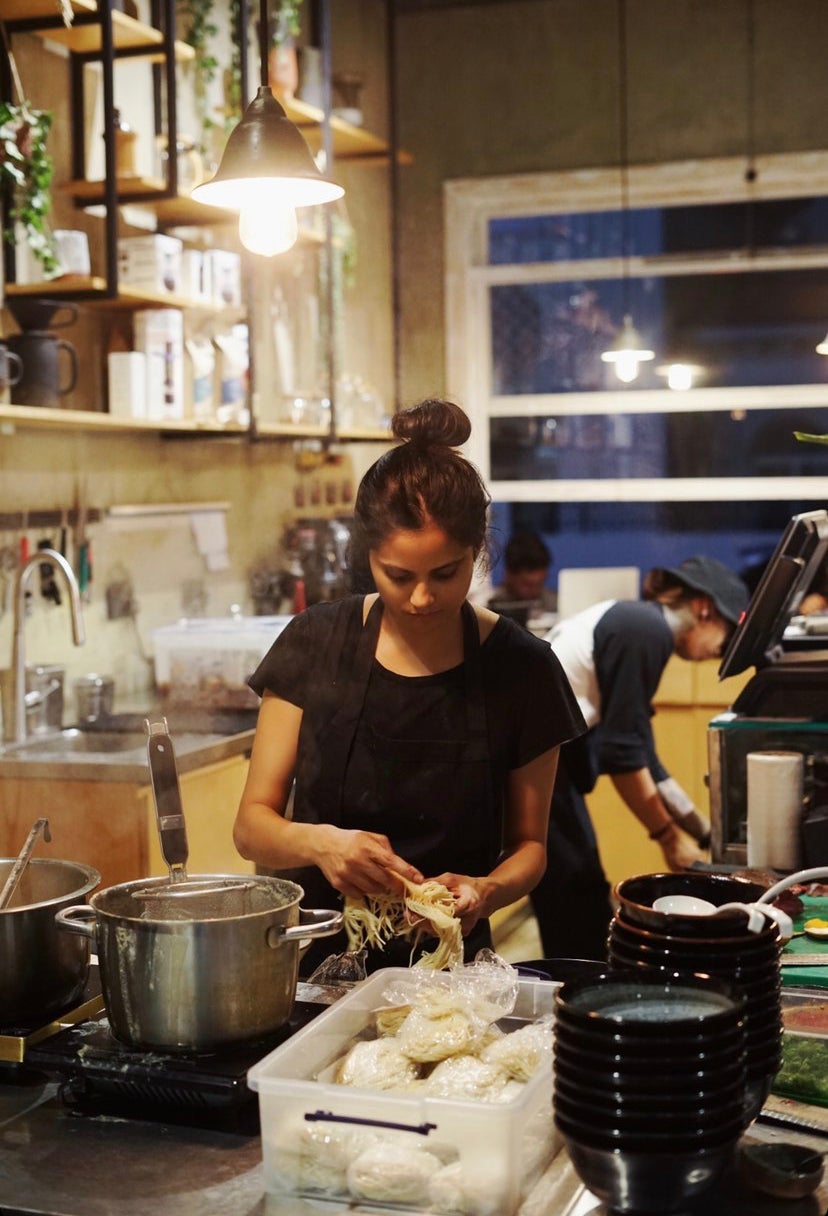 Mishra says she is launching Kinoya along with a silent partner, who’s someone she got to meet thanks to her aforementioned supper clubs. “The prospect of opening a restaurant landed on me, rather than the other way round,” Mishra reveals. “I was making ramen for private guests six days a week over the course of three years, and I eventually met someone who wanted the same thing that I did in terms of a restaurant. It was organic and gradual, I felt ready, and meeting a like-minded person just confirmed that Kinoya should be the evolution of what I had started.”

And the response to Kinoya’s upcoming launch seems to be confirming Mishra’s notion- it might well be one of the most anticipated openings of the year. “The reception so far has been beyond my dreams,” Mishra says. “People are excited, they are supportive. I am a homegrown brand, and a lot of people are rooting for Kinoya’s success. Will it actually be successful? All I can say is that if it’s not, then it won’t be for the lack of trying.”

PUT YOUR THINKING CAP ON: KINOYA CO-FOUNDER NEHA MISHRA ON HOW TO SPARK A GREAT IDEA

1. Be your own champion “Be passionate about what you do, what you want to do.”

2. Don’t expect a joy ride “Get ready to put in the work. You will have to make a lot of sacrifices, and you’ll have to be really tunnel-visioned.”

3. Be clear about your goals “Stop thinking about how much money you will make. Of course, that would be nice, but if that’s your first thought, you’re setting yourself up for disappointment.”