Want to emulate the accomplishments of Formula One legend, Billionaire founder Flavio Briartore? Get ready to put in the work, he says.

When I spoke with Billionaire founder Flavio Briatore over a Zoom call in March this year, he was just a month away from celebrating his 71st birthday, and at one point during our conversation, I asked the Formula One legend, whose business prowess sees him today actively working on growing and developing his entrepreneurial endeavors around the world, if he would be considering a retirement any time soon. The Italian businessman quickly replied with an emphatic "no," saying that he is enjoying what he is doing on a day-to-day basis today, especially given the fact that he is working for his own company at this point in time.

"Retiring is not about age," he says. "In Italy, for instance, a lot of people have more energy at 60 than someone at 24. I will retire the moment I think I am not bringing the same vigor to work as I do today… I think that you should only stop working when you feel that someone's doing what you do better than you. You should retire only when you find someone who's thinking on the same level, if not higher, than you... So, no, retiring is not in my vocabulary." At this moment, I ask Briatore, "So, you think you're still the best [at what you do]?" Briatore has a huge smile on his face when he quips back, "I don't think so… I am."

If I had heard that declaration from anyone else, I probably would have chalked that off as an indication of their arrogance, but given that Briatore said it, I can see it as nothing other than a statement to the success he has seen as an entrepreneur so far, especially with the Billionaire brand that he founded as a nightclub in Sardinia, Italy in 1998. Briatore recalls starting up the Billionaire Club Porto Cervo as a hobby of sorts during his time at Formula One, but it ended up becoming his primary activity once he exited the racing circuit. Looking back on the club's origins, Briatore remembers wanting the very popular location of Sardinia to have a place that'd offer "good service, good product, good music, good staff," and that's essentially what he built with Billionaire. 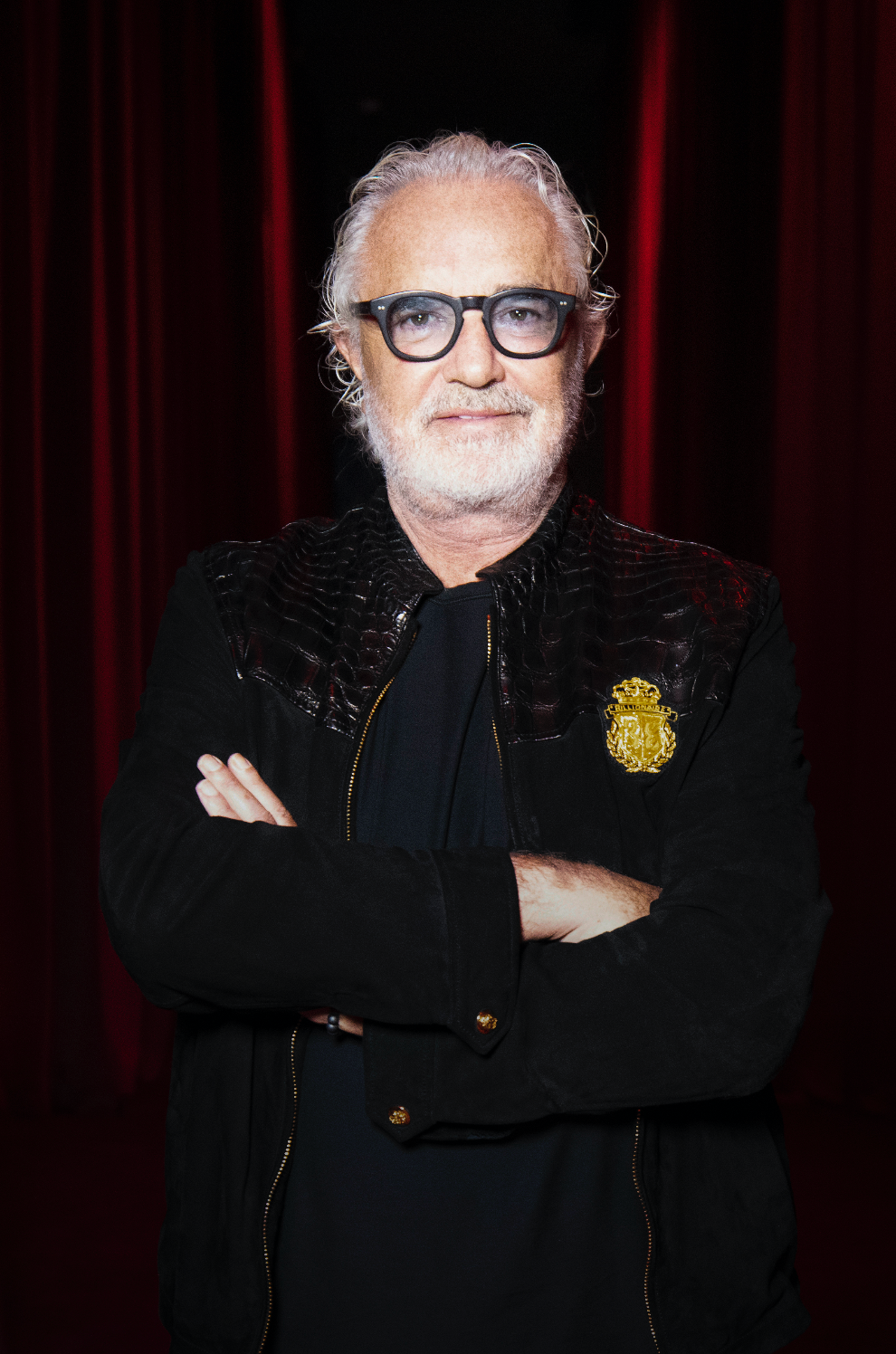 The name of the club did cause a lot of questions and commentary- after all, as Briatore puts it, there were only millionaires being talked about at that point in time. "There were no billionaires then," he laughs. "But it worked from a marketing point of view. The name was a strong one, and everyone was talking about it. Even though the club was situated in a location that was sort of difficult to arrive at, we had cars waiting in two- or three-kilometer lines to get to Billionaire."

It is with the popularity that the Billionaire Club Porto Cervo attained that Briatore realized there was an untapped opportunity in the entertainment industry that he not only understood, but could also cater to in a manner that works. "Normally, when you find yourself at an entertainment destination, you'll often find the food is not good, or some other aspect of it doesn't work," he explains.

"With Billionaire, we were aiming for excellence in everything- so, think top food, top entertainment, top staff, top DJs, etc. This is what we started, and this is what worked to our advantage." Sardinia was already a favorite for the international jet set at that point in time, and they all gravitated towards Briatore's club owing to its unique offering, thereby growing its fame and popularity. This led to the Billionaire brand becoming synonymous with "outstanding service, along with excellent music and entertainment, in an electrifying atmosphere," and soon enough, Briatore was looking for other locations he could take the concept to. That hunt is what resulted in the Billionaire brand opening an outpost here in the Middle East in Dubai in 2016, and another one in Riyadh earlier this year. 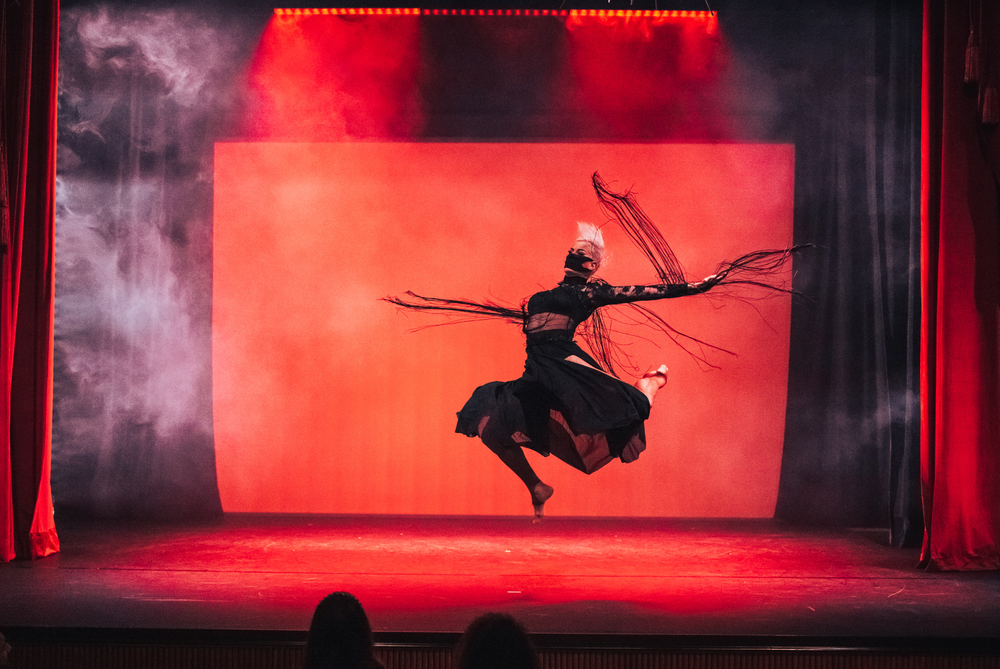 "With Billionaire, I didn't just create a company," Briatore says. "I created a lifestyle and a series of aspirational brands, which I am proud to see recognized and appreciated everywhere today." Besides Billionaire, Briatore has also been spearheading two other brands that he conceptualized- one of them is Twiga, a nightclub concept that currently exists in Monte Carlo, Forte de Marmi, and London, and it's all set to open in other locations around the world as well. Briatore's newest venture is Crazy Pizza, an F&B brand operating currently in London and Monte Carlo, whose stupendous success is seeing it expand soon into the Middle East, Europe and USA. But that's not all- besides his own ventures, Briatore also operates two other brands under license: Cipriani Monte Carlo and Cova Milano, also in Monte Carlo. While Briatore says he has executive teams in place to manage and operate each of these companies, he admits that he likes to get involved in all aspects of the business nonetheless. Why? "Because I am knowledgeable, and because it's my passion," he replies, in a matter-of-fact fashion.

It's this sentiment of Briatore's that I remember as he shares how the Billionaire concept has undergone an evolution in order to cater to the new normal brought on by the global coronavirus pandemic in 2020. "Last year, we completely changed Billionaire," he says. "COVID-19 has made us change our philosophy." Using its Dubai outpost as an example, Briatore explains that Billionaire used to operate on a "80% disco, 20% restaurant" model; however, today, it has been remodeled as a restaurant that includes a spectacular live stage show to entertain its patrons through the course of an evening.

This show, which has been built under the artistic direction of Montserrat Moré (formerly of Cirque du Soleil, Lío, and Pacha in Ibiza), guarantees guests have a spell-binding experience that is the trademark of the Billionaire concept. Briatore says the revamped version of Billionaire has already been received warmly by its patrons in Dubai, and while the brand has had to recently pause its operations as a result of governmental guidelines, it is raring to come back as well.

Hearing Briatore speak about his business' evolution makes it clear that he remains very involved with all of his entrepreneurial endeavors, and this passion is being fueled by what he indicates as a sort of an innate need to uplift those around him. "My drive is quite simple," he says. "If you're an entrepreneur, whatever field you may be in, you're almost certainly creating jobs for people… This is what drives me- creating jobs, creating opportunities."

This is perhaps Briatore's way of paying it forward- after all, it is thanks to the opportunities he was given at one point in time -and the work he did to capitalize on them- that he became the celebrated Formula One icon he is today. And Briatore reinforces this sentiment in me when I ask him to share his advice for people who may wish to have the success he has seen in his lifetime. "First of all, know that the success I've seen is not thanks to a lottery," he says, quite unabashedly. "You have to work very, very hard. I had nothing… But I worked very, very hard to get to where I am today." 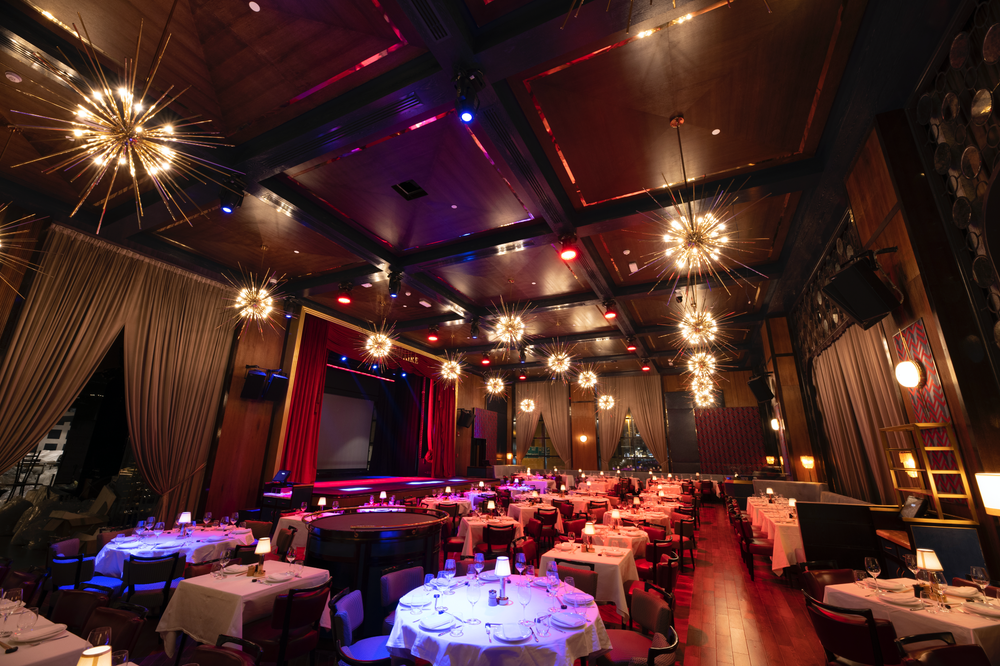 Briatore is not bluffing when he says that- long before he became known for his work with Billionaire or Formula One, this celebrated business tycoon was once an insurance salesman on the streets of Italy. But the work ethic he had then is the same one he showcases today- and that has made all the difference. "When I was selling insurance, I was the best at it," he recalls. "I used to sell more insurance than any of my colleagues, and the reason for that was because I worked hard to make that happen. I used to work from seven in the morning till midnight, and I even used to work on the weekends- the latter was especially good for me, because there was less competition for me on holidays, and so while my colleagues took a break, I was making the most of the time I had."

It is this unflappable work ethic that Briatore recommends to anyone who wishes to emulate his success in the business world. "If you're a waiter, you should strive to be the best waiter out there... If you're a manager, you should strive to be the best manager out there. You need to be improving yourself, whatever you are doing, all the time. Sometimes, the job you have may not be the one you dream of- but it's still a job. And you should start from that- be the best in what you do. That's what will open up new avenues for you, new opportunities." Indeed, from Briatore's point of view, the formula for success is a very simplistic one. "You will have success, if you deserve it," he declares. "And to deserve success, you need to be working very, very hard."

How Crowdfunding Can Finance The Future In Bahrain (And Beyond)