With The Launch Of The First SLS Hotel In The Middle East, Accor Is Signaling Its Commitment To The Lucrative Lifestyle Segment

The 75 story-tall building made its debut in April 2021, and it is the seventh SLS hotel in the world and the first in the Middle East.

By Devina Divecha May 3, 2021
Opinions expressed by Entrepreneur contributors are their own.
You're reading Entrepreneur Middle East, an international franchise of Entrepreneur Media.

It's hard to miss the SLS Dubai Hotel & Residences on Marasi Drive in Business Bay. The 75 story-tall building made its debut in April 2021, and it is the seventh SLS hotel in the world and the first in the Middle East. Its launch is coming at a time when SLS’ mothership, Accor, has been making a bigger push into the lifestyle segment, by acquiring SLS’ founding company, sbe, and forming a new lifestyle entity with Ennismore. These developments will only serve to further highlight the opportunities that exist for sbe and its brands, according to Chadi Farhat, Chief Operating Officer at sbe. “The acquisition of sbe hotel brands by Accor will not change the DNA of our brands, but instead, together with the Accor, Ennismore and sbe executives, we will continue to evaluate and improve each of our brands and their lifestyle offerings from programming to culinary and mixology experiences,” Farhat says.

“Being part of Accor supports the growth of not just the SLS brand, but all our hotel brands globally,” he continues. “We just announced the opening of SLS Cancun in Mexico. We’re very excited to open our first SLS hotel in the Middle East, which will follow the opening this year of the first SLS Hotel and Residence in Puerto Madero, Argentina.” The SLS Dubai, owned by World of Wonders Real Estate Development, is not a small undertaking, with 254 hotel rooms, 321 hotel apartments, and 371 branded residences. The hotel’s general manager is Dubai veteran Spencer Wadama, who has been in the region for a decade now. The Californian native says, “SLS has always been a really cool brand. The first SLS was in Beverly Hills, and I have stayed in that hotel when I went to Los Angeles. It was just cool. You had celebrity sightings all the time, the vibe around the pool and the lobby was exactly what you’d hope to see when you go to LA.” 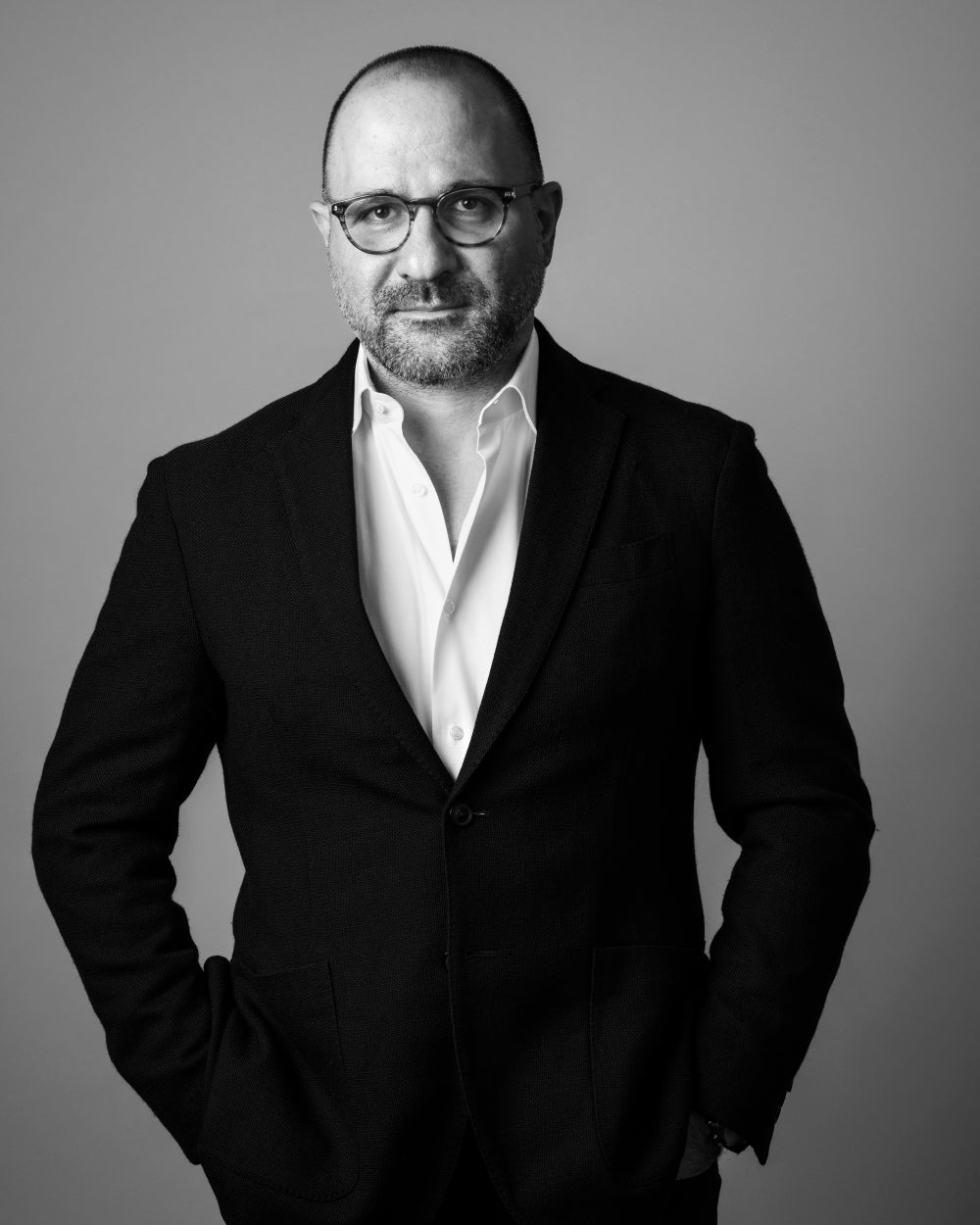 The brand has thus always been on Wadama’s radar, and joining the property felt like the right fit. “I like the concept, and I think the future for hospitality is more in lifestyle.” Wadama stresses that the hotel offers a wide range of propositions for both the business and leisure traveller. He ticks off the spacious living spaces and connecting rooms for the family travellers, along with the working spaces available in each room for the business guest. He adds, “One of the upselling points of this property is that we have large terraces that we like to say is an extension of your living space– because the living room goes right into the terrace, which is almost the same size of the living space.”

While Wadama and his team are targeting a wide range of source markets, he notes that the only challenge with SLS was that people in the local market weren’t as aware of the brand. “The good thing is that our sales center for real estate has been open the last couple of years, so there’s a lot of curiosity around it, and people have started to identify what the brand is,” he adds. While the 371 branded residences do not fall under Wadama’s purview, its owners will have full access to all the services and amenities of the hotel. The remaining 575 rooms (254 hotel rooms, and 321 hotel apartments) will be managed by Wadama’s team, with the hotel apartments already gaining a lot of traction. “We are already getting enquiries and contracts for long stay which I do think is a very important market here in Dubai,” he adds.

Another plus point for the hotel, especially in a post-pandemic world, is the meeting space that caters to smaller groups of 50 people and under. Wadama highlights that all the meeting spaces blend the indoors and outdoors with attractive patios– and are all located on the 73rd floor so offer stunning views of the city’s skyline. “We want to make this a great place for people to work, but also to entertain,” Wadama says. “That’s what people are looking for.” 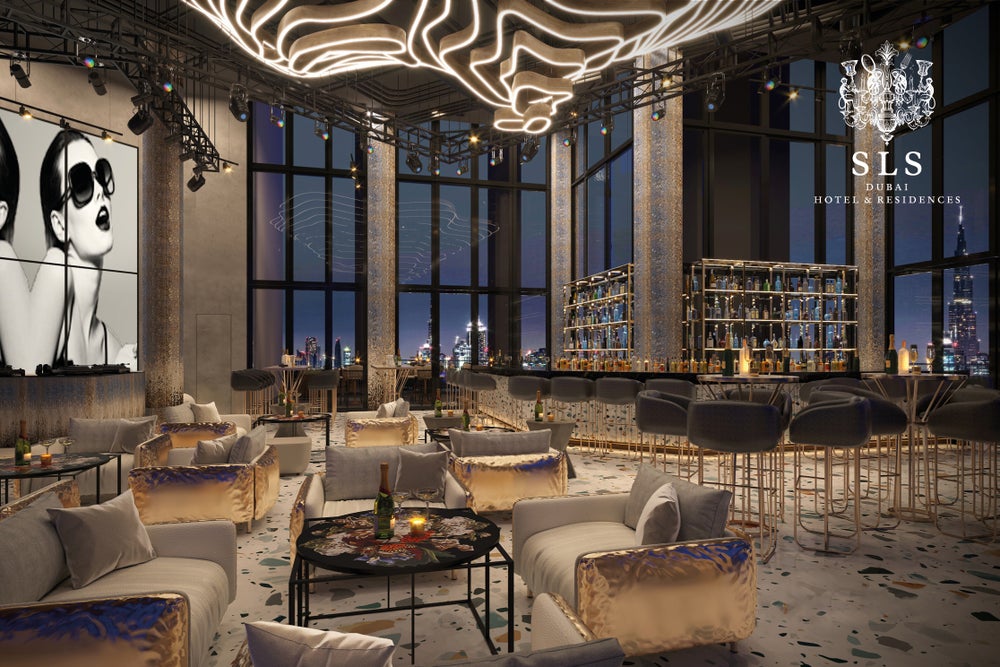 Related: Accor's Alexandra Woop On What It Means To Build A Welcoming Space In The Hospitality Sector

The hotel also flips a few well-worn tropes on its head, by placing the lobby and its F&B offerings on the top floors, rather than ground. Guests can check-in, for example, at the Sky Lobby on the 71st floor, complete with panoramic floor-to-ceiling windows and natural lighting. “We are a giant building, and one of the things I recognized was that unlike every other hotel in Dubai which puts all the public space at the bottom, our owner was bold enough to put everything on top,” the general manager notes. “I’ve always felt that that’s the best way to build a hotel, and this is the first product where I’ve actually seen it happen.” More recently, F&B outlets have generally been positioned on the ground floor of hotels, and usually with a separate entrance to offer an “independent” feel.

However, Wadama discounts the notion that the hotel’s unusual move could be a risk, pointing out that there are plenty of people who will make a special trip if the experience is worth it. “If the experience is amazing, and the quality of food and service is what it should be, people will come,” he reiterates. “We have to keep the buzz and excitement going, and we can never rest on our laurels. We are not trying to open hotel restaurants; we are trying to open restaurants in a hotel.”

The food & beverage offering within the property includes sbe’s signature culinary concepts Fi’lia, an authentic Italian restaurant, and Carna by Dario Cecchini, a contemporary steakhouse from the legendary butcher from Tuscany, Italy. S Bar, sbe’s mixology lounge is located in the lobby, and there’s also the signature rooftop venue, Privilege, which is set to delight visitors with two infinity pools overlooking Dubai’s skyline. EllaMia is a sophisticated café that brings its dedicated Los Angeles-based coffee culture to Dubai, and at 12 Chairs Caviar Bar, caviar takes center stage, reserved for only 12 guests. 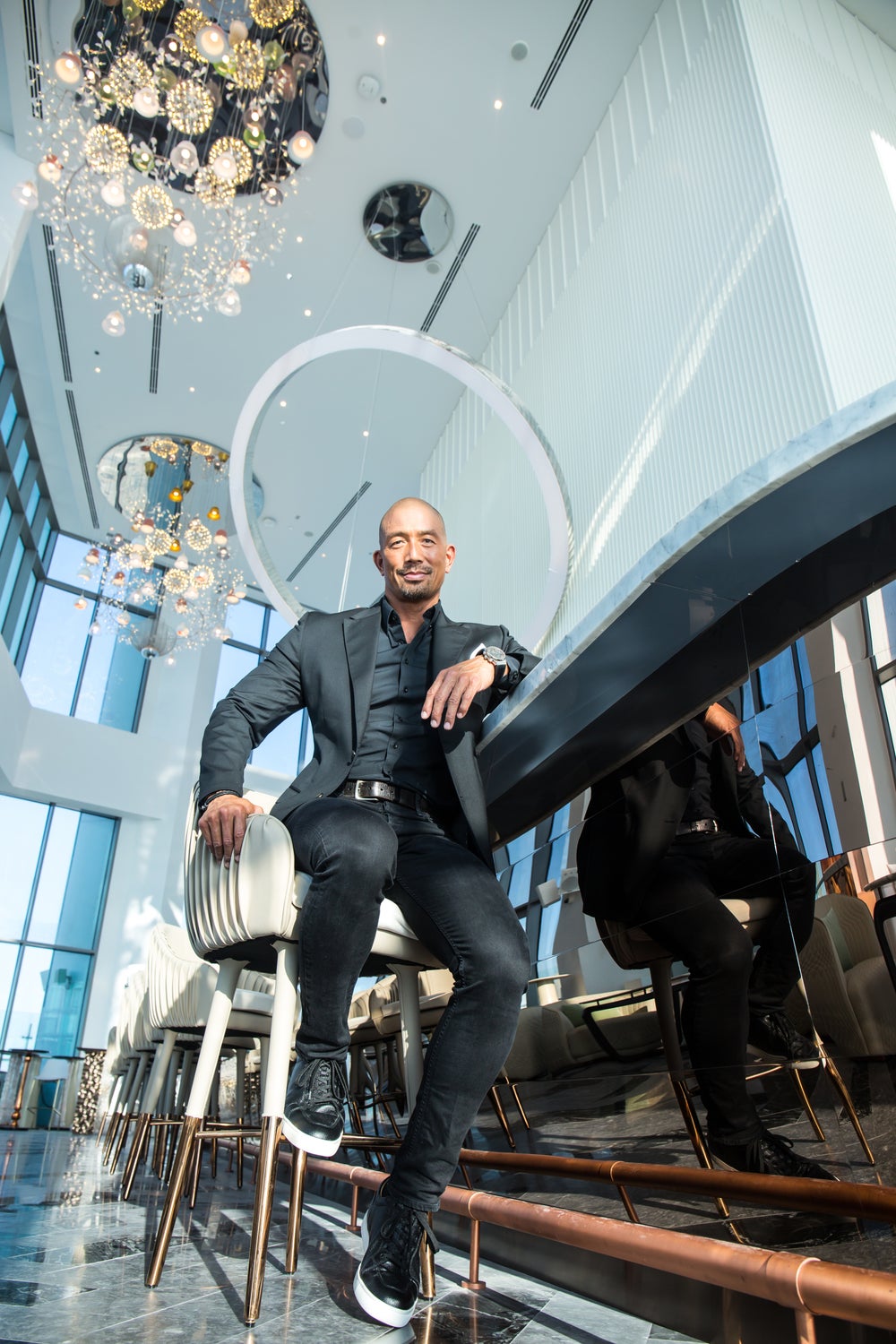 Following Wadama’s assertion that the brand is “opening restaurants in a hotel,” it’s worth noting that general managers have been hired for the restaurants, as opposed to restaurant managers, so as to ensure they treat their restaurants as their own independent ventures. Still, he admits the need to be cautious, especially in uncertain times. “We’re not being too bullish; we’re not opening with the full inventory. We are opening at 50% from a room standpoint, and fully open with F&B except Privilege. This is the beauty of the partnership with Accor; it opened up a lot of doors for us where we as an independent SLS brand would never be able to get into. That makes a huge difference for us, and gets us into a market which we wouldn’t have had access to before.”

Farhat agrees- the acquisition of sbe by Accor not only offers up benefits to the brand, but also to its owners. “One of the advantages of being fully integrated with Accor is that now we can provide benefits to our residential owners under the Accor Global Benefit Program, which affords benefits across the entire global Accor portfolio,” Farhat explains. “For example, going forward, SLS Dubai and all our future hotel openings will be part of the ALL Accor Live Limitless loyalty program. More importantly, resident owners will enjoy the benefit of being included in the ALL Loyalty Program at the Platinum level and a series of other benefits including but not limited to welcome amenities, early and late checkout, complimentary upgrades and exclusive discounts.”

As for Wadama himself, he is especially looking forward to what the future holds for the first SLS hotel in the Middle East. “There’s a lot of interest in the market, because SLS has always poised itself to be something different,” Wadama concludes. “My job with the team that I have it is to make something unique and different.”