With an estimated net worth of US$2.3 billion, this Turkish billionaire's insights on running a business are definitely worth learning from.

When I met with Ferit Şahenk at the Dubai outpost of the internationally renowned Japanese restaurant Roka on a sunny morning in March this year, one of the first things that struck me about the Chairman and CEO of the global conglomerate Doğuş Group is the very affable and animated personality the Turkish businessman showcased to everyone around him- and when I say “everyone,” I mean that in a literal sense.

Now, you may probably think here that, well, of course, Şahenk would behave in such a lively fashion with me and my team, and yes, you’ll also perhaps grant that, yes, that’s the way he works with the few members of his executive team who were also with us that morning. But what I found particularly interesting (and quite endearing, to be quite honest) is in the fact that I saw Şahenk exhibiting the same spirited attitude as he went about interacting with the staff that day at Roka- this is where you need to know that this award-winning restaurant falls under the purview of Doğuş Group’s hospitality arm, D.ream (Doğuş Restaurant Entertainment and Management) International, of which Şahenk is Chairman. And so, when I saw Şahenk talk, applaud, and even joke with almost everyone in the Roka team who were there that morning, I found myself taken in by the magnanimous persona of this man, who, with an estimated net worth of US$2.3 billion, has been billed as one of the richest people in Turkey. 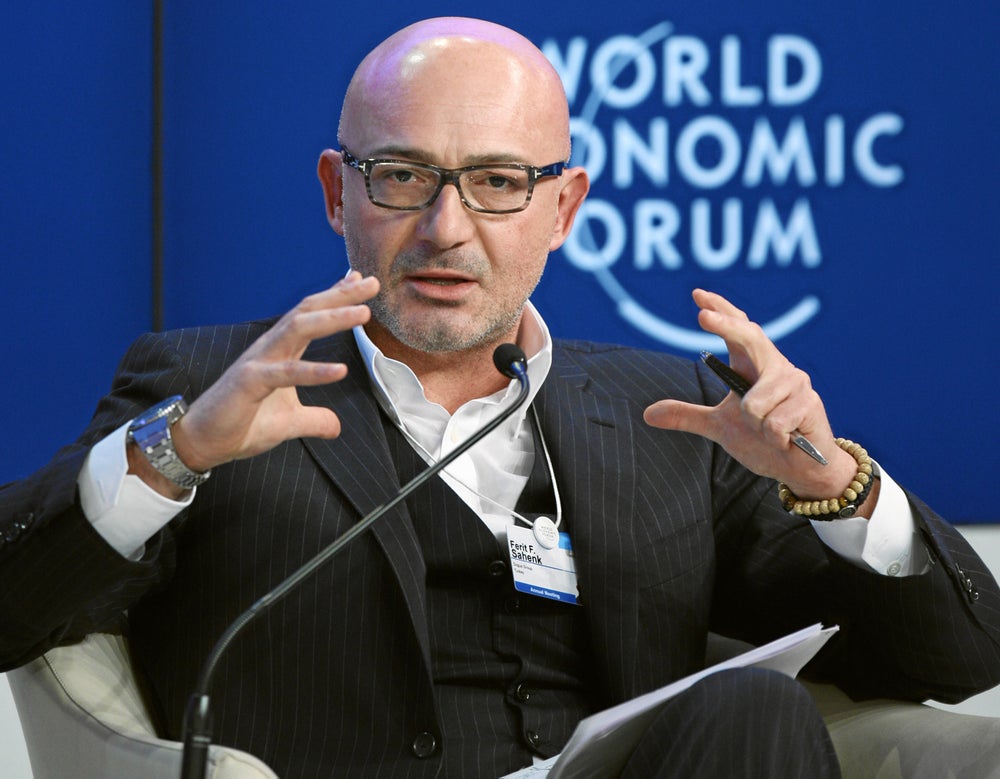 Ferit Şahenk, Chairman and CEO, Doğuş Group, speaking during the session ‘The Global Business Context’ at the Annual Meeting 2012 of the World Economic Forum

Later, when I asked Şahenk about this friendly rapport that he demonstrated with the staff at the restaurant, he seemed almost surprised by the query, pointing out that there was nothing out of the ordinary in the way he interacted with his team- this was his family, he told me, and so, this was normal for him and his style of leadership. In fact, he believes that this is the only good way to behave with one’s employees, especially in a consumer-facing, experience-driven business like this. “Your employees are the face of your enterprise,” Şahenk says. “They are the ones keeping your brand and business going. So, if you don’t treat them with love, respect, and kindness, if you’re not working to keep them happy and satisfied, you can rest assured that your end customers aren’t going to be pleased with whatever it is you are offering. So, yes, I believe in treating all of my employees the best way I possibly can- I think you have to, if you want to run a successful business.”

Şahenk definitely knows a thing or two about running a thriving enterprise- Doğuş Group, which was founded by his father, Ayhan Şahenk, in 1951, is today one of the largest private sector conglomerates in Turkey, with its portfolio including over 300 companies and more than 19,000 employees working in businesses spanning sectors like automotive, real estate, construction, energy, and more. With its key hubs in London and Dubai, the Group’s interests in lifestyle and hospitality are today centered in D.ream International, which was launched in 2012- besides operating over 150 luxury F&B outlets in Turkey, it also has a global presence with over 60 restaurants across 13 brands in 11 countries. The latter has been made possible thanks to D.ream International’s effort in seeking out and building partnerships with the likes of Azumi Group, Coya Group, Paraguas Group, and Nusr-Et Group- the foodies among you will recognize all four companies as the names behind some of the most celebrated concepts on the global F&B stage. 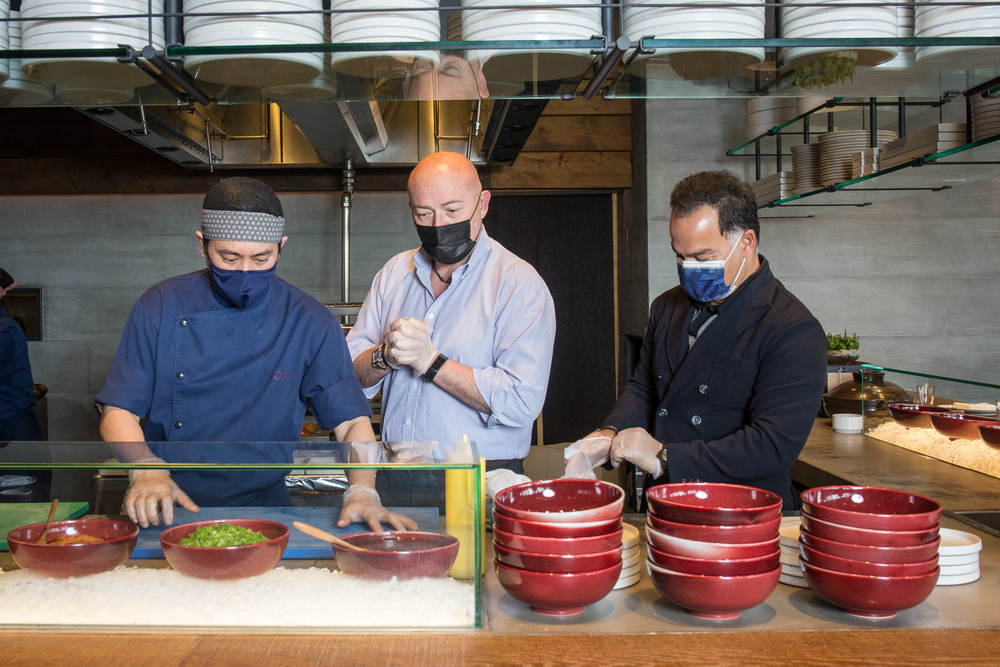 For instance, Azumi Group, founded by Arjun Waney and Rainer Becker, is the operator of brands like Roka, Zuma, Inko Nito, Etaru, and Oblix, while Paraguas Group, founded by Sandro Silva and Marta Seco, runs Amazonico, El Paraguas, Numa Pompilio, Ten Con Ten, Ultramarinos Quintin, and Aarde. Meanwhile, Nusr-Et Group’s claims to fame includes its eponymous steakhouse as well as the Salt Bae Burger concept, while Coya Group, founded by Arjun Waney and majority owned by Dream International, has its namesake restaurants spread around the world. A Google search of each of these restaurants will reveal that they are inventive, innovative concepts in their own right, and that definitely seems to figure into the modus operandi that D.ream International uses when deciding what brands it should associate itself with.

According to Şahenk, all of the restaurants under the D.ream International banner belong to what he calls the high-end luxury segment- this is the lifestyle domain where he believes he and his team have the requisite experience and expertise needed to win and lead in it. “Our restaurants offer what I like to call a theatrical experience to our guests,” Şahenk explains.

“From the service given, to the food provided, to the entertainment we showcase, people come to our concepts for the unique experiences they get to enjoy at our establishments. They want to experience something out of the ordinary when they come to us, and we make sure we give them just that.” Actually, it’s Şahenk’s belief that the appeal of such restaurants has only been amplified following the COVID-19 crisis that struck in 2020, with people around the world wanting to move out of their current circumstances, and get back to enjoying the finer things in life as they once used to. 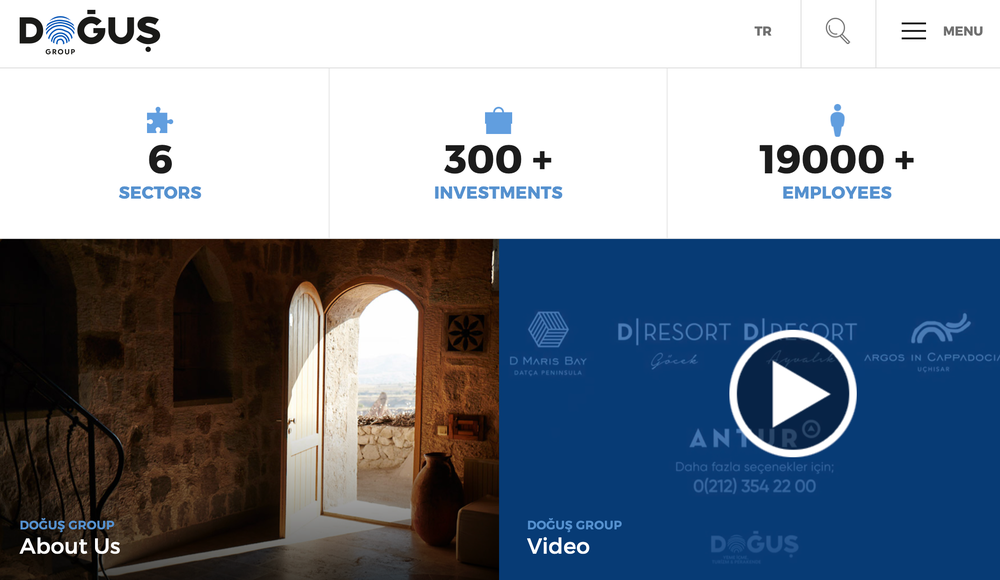 This is the sentiment that is reiterated by Tevfik Akdağ, one of Şahenk’s closest associates, when commenting on the current F&B landscape in the world at large. As a Supervisory Executive Board Member of D.ream International, Akdağ is extremely well-versed about this industry, a fact that is bolstered by his executive level roles in Doğuş Group’s hubs in Dubai and London, as well as by his participation in the boards of several of its operating companies. According to Akdağ, all of the brands that fall under his company’s banner today are seeing a renewed interest from patrons, regardless of whether they are located in, say, Madrid, or Riyadh. “Given the desire and demand that we are seeing from our customers around the world, the future is looking quite bright for us,” Akdağ says. “The experiences that we are offering are working because we are keeping our guests at the center of everything we do, and that is something that is going to stand us in good stead as we move into a world after the coronavirus pandemic.”

But this is not to say that the business is not paying attention to the changes that are afoot in the world around us either. Having seen the ongoing boom in the online food delivery space, Şahenk reveals that his company is working on setting up a cloud kitchen business of its own, with them tapping into the unique brands in their portfolio to offer something new and unique to this particular sector. However, Şahenk says that this new offering will continue to target the lifestyle connoisseurs that they know how to serve- when I asked him if he’d ever consider entering into the mass market segment, he replies with an emphatic no. Why? “Because we wouldn’t be good at it,” he responds, in a matter-of-fact tone. “We know our slice of the market, and we know we can do very good things within it. As such, it makes sense for us to focus our efforts on doing what we do best, and build on our niche. That’s what is going to guarantee our success in the long term.” 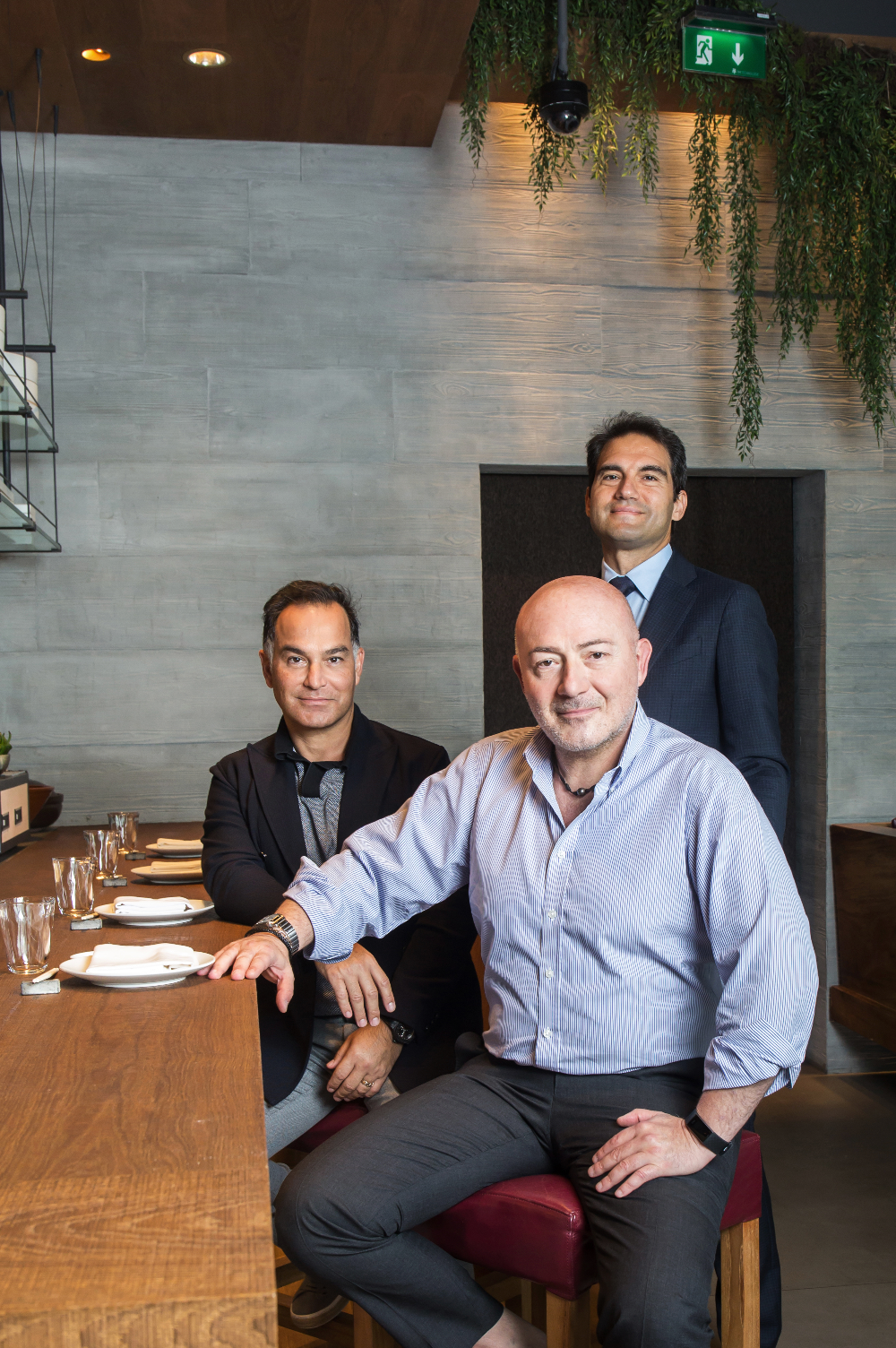 It should be clear by now that Şahenk is keeping himself very closely involved with all of what’s happening in his business, which is evidenced by him, say, keeping a finger on the pulse of the market at large and looking out for opportunities, or even with his intent interest in ensuring his staff’s happiness and well-being. All of this points to a man who is deeply passionate about the work he does, and Şahenk describes his temperament as a lifestyle in itself, because he can’t imagine himself doing anything differently either. Indeed, when I asked him what drives him to do what he does every day, Şahenk first answered by saying that he is propelled by the idea that the business he works on creates jobs, and that in turn ensures the livelihoods of so many people, wherein they are empowered to dream and build better futures for themselves and the ones they hold dear.

Now, this is, of course, a noble undertaking by itself, and while I could see Şahenk being spearheaded by this notion, I wanted to figure out the underlying factors behind this mentality, and so I kept drilling him on this, asking him to tell me why he wakes every morning to go to work. “Because I am alive,” he replies, finally. “It’s a gift to be alive. It’s a gift to be given the talents and skills we have, it’s a gift to be able to work together and build something wonderful, it’s a gift to come together and work hand-inhand for the greater good.” Şahenk pauses for a moment here, reflecting on what he said, and then adds, “I don’t really see what other reason one needs than that.” Can’t say I disagree- would you?

Related: With The Launch Of The First SLS Hotel In The Middle East, Accor Is Signaling Its Commitment To The Lucrative Lifestyle Segment